Two people died in a fire Monday, March 8, at this residence on Bicentennial Trail in Rock Spring. 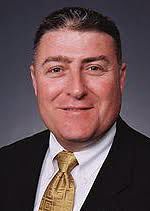 Investigators believe the cause of a fatal house fire in Rock Spring March 8 was accidental.

Walker Fire Rescue responded to the structure fire at 491 Bicentennial Trail at 9:44 a.m. Georgia Insurance and Safety Fire Commissioner John F. King said the fire appears to have originated in the attic of the 41-year-old, 1,976-square-foot structure.

“The deceased William C. Cason, 91, and Patricia Cason, 90, were home at the time of the fire and passed as a result,” King said. “The cause of this tragic event is still under investigation but appears to be accidental in nature.”

Commissioner King’s State Fire Investigations Unit is assisting the Walker County Fire Department with this investigation. These deaths are the 35th and 36th deaths from a Georgia fire in 2021.

“Basically, depending on how intricate that investigation gets will depend on the outcome and how long before we can make a determination,” said Forrest. The Georgia State Fire Marshal’s office is assisting in the investigation.

This marks the first time in more than two years that someone has died in a fire in Walker County. The last fatal fire claimed the lives of twin brothers on Dec. 26, 2018.

Forrest said there were smoke alarms inside the home on Bicentennial Trail. The fire caused enough damage that the house is considered a total loss.