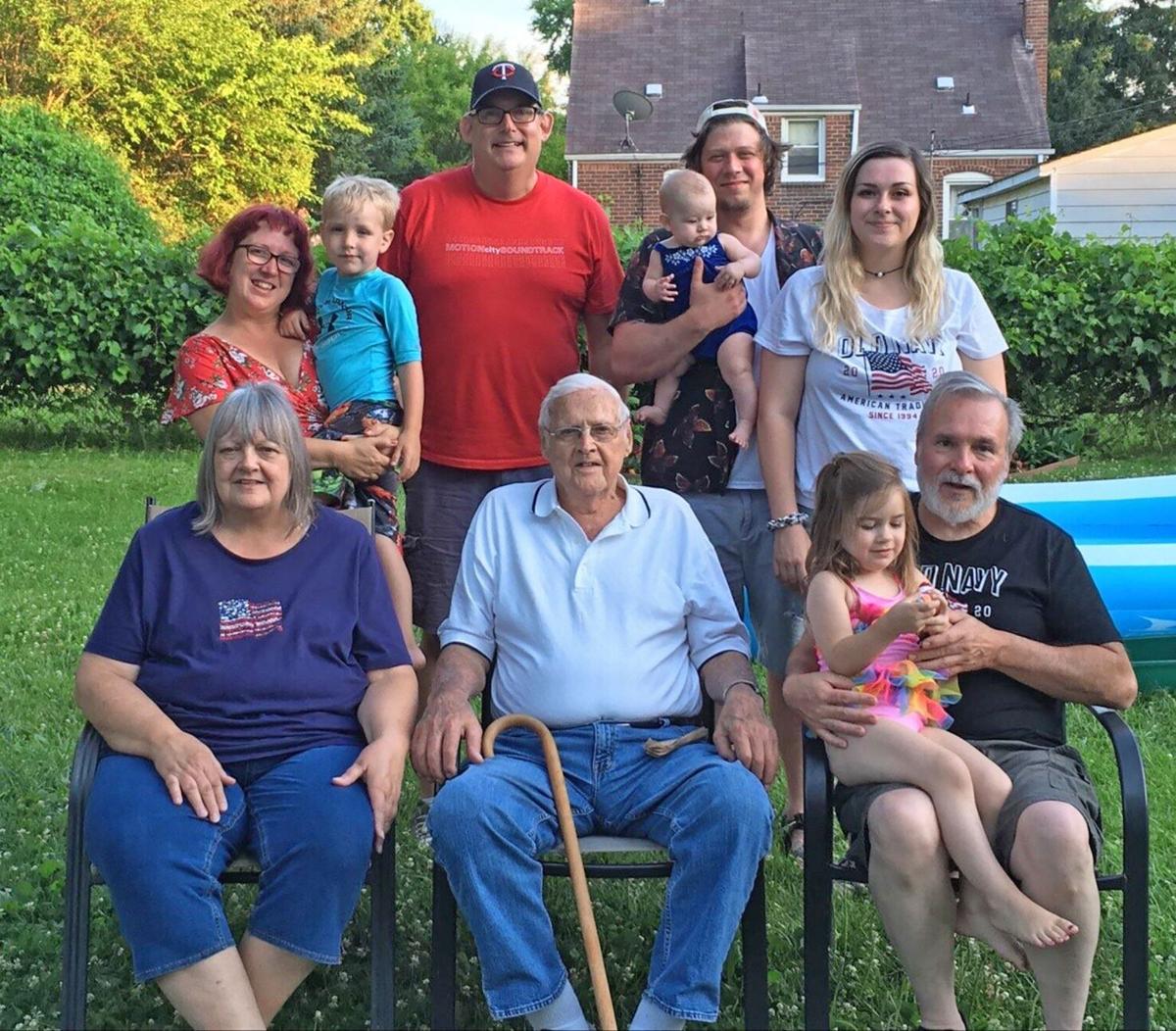 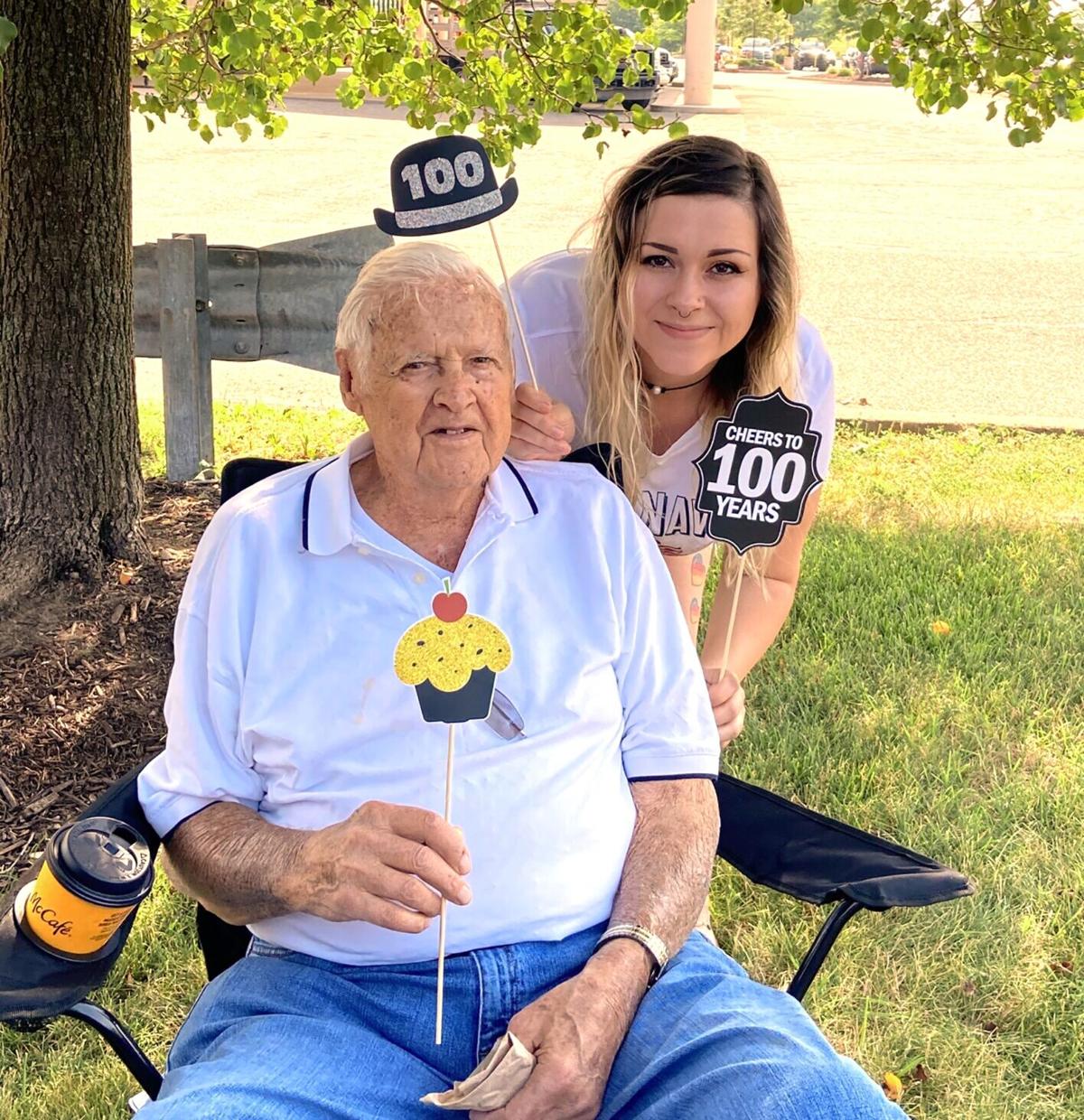 On July 4 of this year, the USA turned 244 years old. Our country was only 144 years old when Ringgold resident Wilburn “Wib” Wimpy was born.

Wimpy celebrated his 100th birthday this year, on July 3, at a family gathering in Michigan where he stayed with a sister 10 years his junior. It was just last year that he drove to Michigan himself, pulling his camper, and spent three weeks camping and visiting relatives, including another sister 11 years his junior.

“I would have driven again this year,” says Wimpy, “but with COVID-19, the campgrounds aren’t open like they used to be.”

Driving, usually day trips to places like Blairsville, Young Harris, and Dayton, Tennessee, is something Wimpy enjoys doing. “When I arrive where I’m going,” he says, “I’ll have lunch then drive a different route home.”

Wimpy says he received 175 cards for his 100th birthday and was honored by fellow veterans in Michigan.

A changing world over 100 years

There were only 48 U.S. states when Wimpy was born. Alaska and Hawaii would not become states until the year he turned 39.

Woodrow Wilson was president in 1920, and it was an election year: Warren G. Harding vs. James M. Cox.

The first World War had ended just one and a half years before Wimpy was born. When he was 22 he found himself drafted and fighting in the second world war, stationed on the tiny Aleutian island of Attu working anti-aircraft.

But of all the changes Wimpy has seen over the years, he says the most astounding was the sight of planes flying over his childhood home. “They were little, single-engine planes,” he says. “We would stand outside and watch until the plane disappeared. We wondered how they got up there and what kept them up there. Everything was really amazing back then.”

Before his stint in the Army, Wimpy held a variety of odd jobs. He quit school at the age of 15 and worked operating a cotton gin for 50 cents a day.

Wimpy’s next job was at Ross Meehan Foundry in Chattanooga. From there, Wimpy, along with some buddies, took off for Cleveland, Ohio, and worked in a steel mill until he was drafted.

Once out of the Army, Wimpy decided there would be more job opportunity in Detroit than in Chattanooga. After his mother had died in 1942, Wimpy’s father and sisters had moved back to Detroit where the family had lived for a short time during his childhood.

In addition to what became a 30-year career with General Motors, Wimpy found his wife Doris, whom he had known from living in Ringgold years before. The two married and raised their children in Detroit until their son was a teenager and they moved back to Ringgold.

Wimpy remembers one unusual job he had when he lived in “Motor City,” before he started with General Motors. “There was a man who transported taxis from Detroit to New York. Six of us would deliver the taxis to New York, driving one and towing another. One man would tow a drive-back car and we would all cram into it, three in the front and three in the back, to go home.”

Many people today can recall “back in the old days” when they had three-digit phone numbers: 365 or 874. Wimpy’s memory of early phone numbers is ring-lengths.

“Your phone number might be one long and two shorts,” says Wimpy. “You turned the crank longer for a long ring and less for a short ring.”

Not that it mattered, says Wimpy. There was one telephone line and it was likely most of your neighbors would be in on your call even though their numbers were different.

One fun memory, says Wimpy, is of him and a friend watching his dad make moonshine in the woods. The year of Wimpy’s birth was also the year Prohibition passed in the U.S.

“It’s not what he did for a living,” says Wimpy, “but I guess he sold it. Sometimes someone would call the sheriff and he would come out, but my father never had any trouble. He made sure the sheriff got a gallon of moonshine from time to time.”

Back to the present

One thing that doesn’t make Wimpy too happy about the modern world is COVID-19. “I mostly stay at home and no one visits me. I think I’ve gotten older during COVID than any other time.”

Before COVID-19, Wimpy could be found at Hardee’s in Ringgold three or four mornings a week, hanging out with six to ten buddies. He visited other people and they visited him.

He now dons a mask when he leaves his house.

Eating out has been drive-thru and take-home for months. Walmart trips for groceries are quasi-social outings.

Wimpy does still visit and help out at North Georgia Tire on Battlefield Parkway, where he held a job stacking tires and helping in other ways until four years ago.

Recently, Wimpy went to the tax office in Ringgold to renew his tags. For reasons he didn’t understand he had not been charged any tax on his Toyota. Tax Commissioner Gary Autry also could not explain it when Wimpy summoned him from his office.

Wimpy owns two cars and a small RV. He drives his Toyota for personal use and keeps his Buick for lending out. “I can’t get rid of the Buick. I wouldn’t have an extra car if someone needed it,” he says.

Has it been difficult living with the name Wimpy? People often associate it with the cartoon character J. Wellington Wimpy in the Popeye comic strip, someone Wimpy shares almost no characteristics with but enjoys anyway. Wimpy’s home sports stuffed J. Wellington Wimpys, ceramic Wimpys and even Wimpy pulls on the chains on his ceiling fans. At one time, he had a Wimpy license plate on his car.

“I never had any trouble with my name,” says Wimpy. “There were a lot of Wimpys where I grew up and I had fun with the name.”

On age and life

Wimpy says he would like to be 10 or 12 years younger. “It’s good to live this long, but it’s getting to me,” he says. “The good part is you remember a lot of things. The bad part is that people your age keep dying off.”

Wimpy says he’d like to meet other people in the area who have reached the century mark.

“My greatest satisfaction in life,” says Wimpy, “is my children and grandchildren. I’m proud of them.”

Does Wimpy have any secrets to help people live long? No, but he does have some general advice: “Mind your own business. Don’t worry about what other people are doing.”

Wimpy says if he had his life to live over he can’t think of anything he’d do differently. “I have a lot of good memories and good friends.”