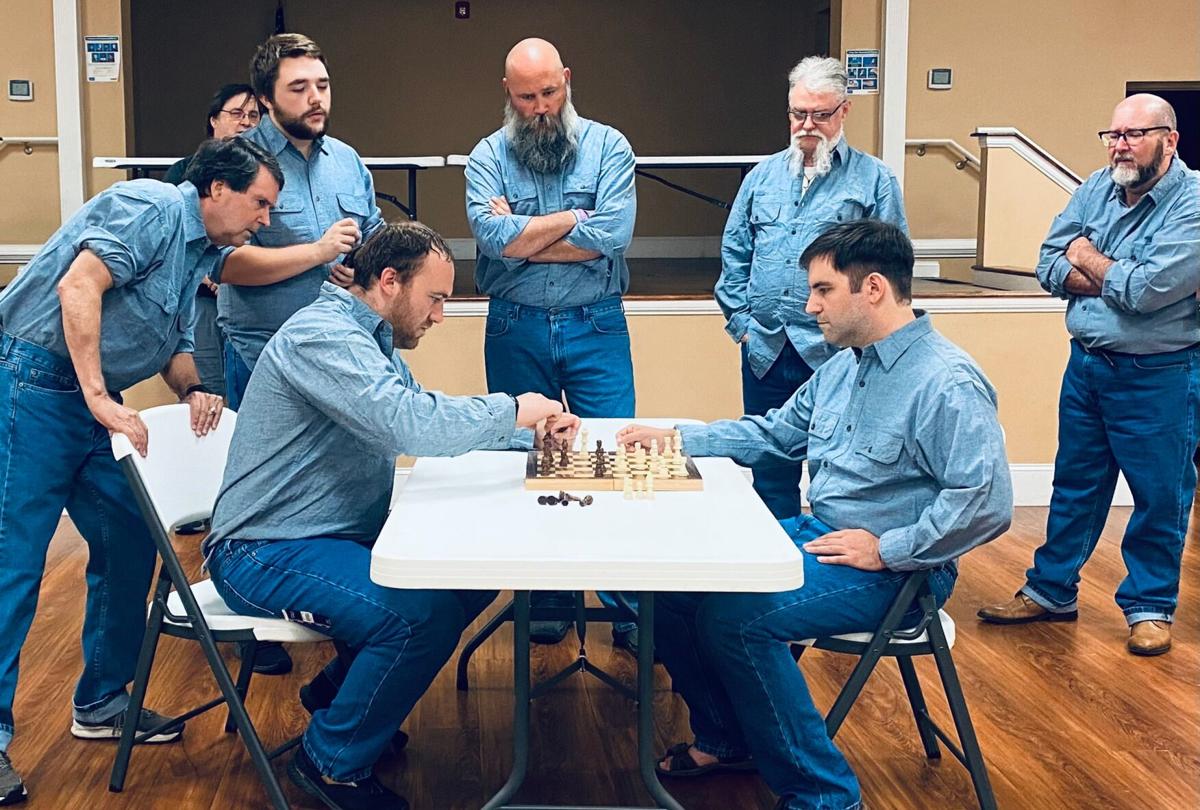 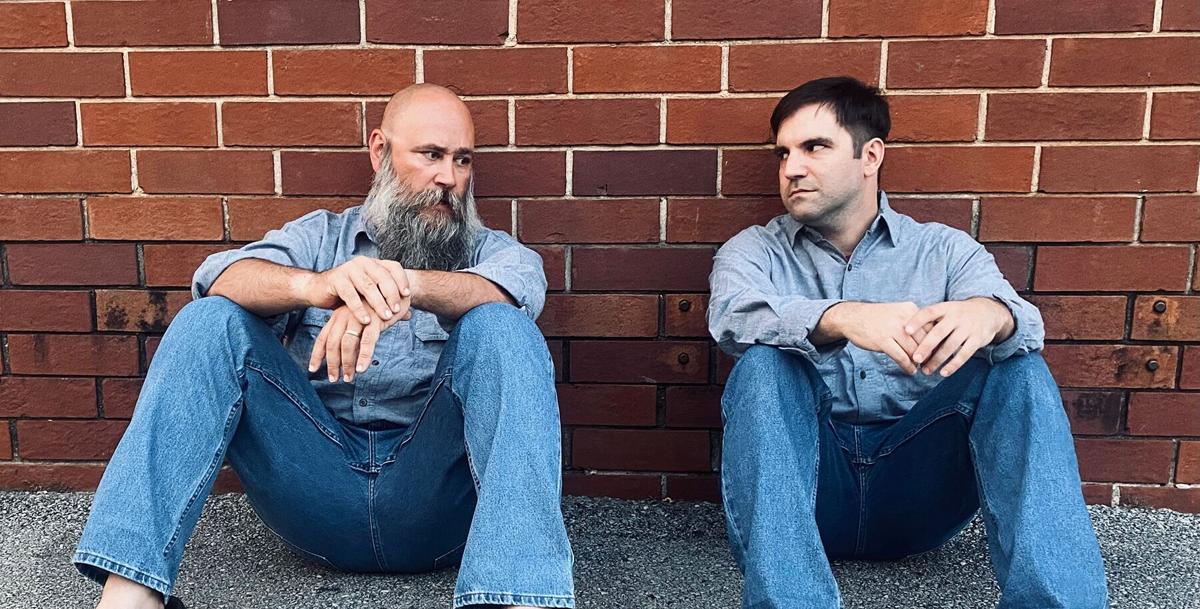 From left, Chuck Nalley (Red) and Zack Jordan (Andy) discuss life, loss, and hope as they live out their days in Shawshank Prison. 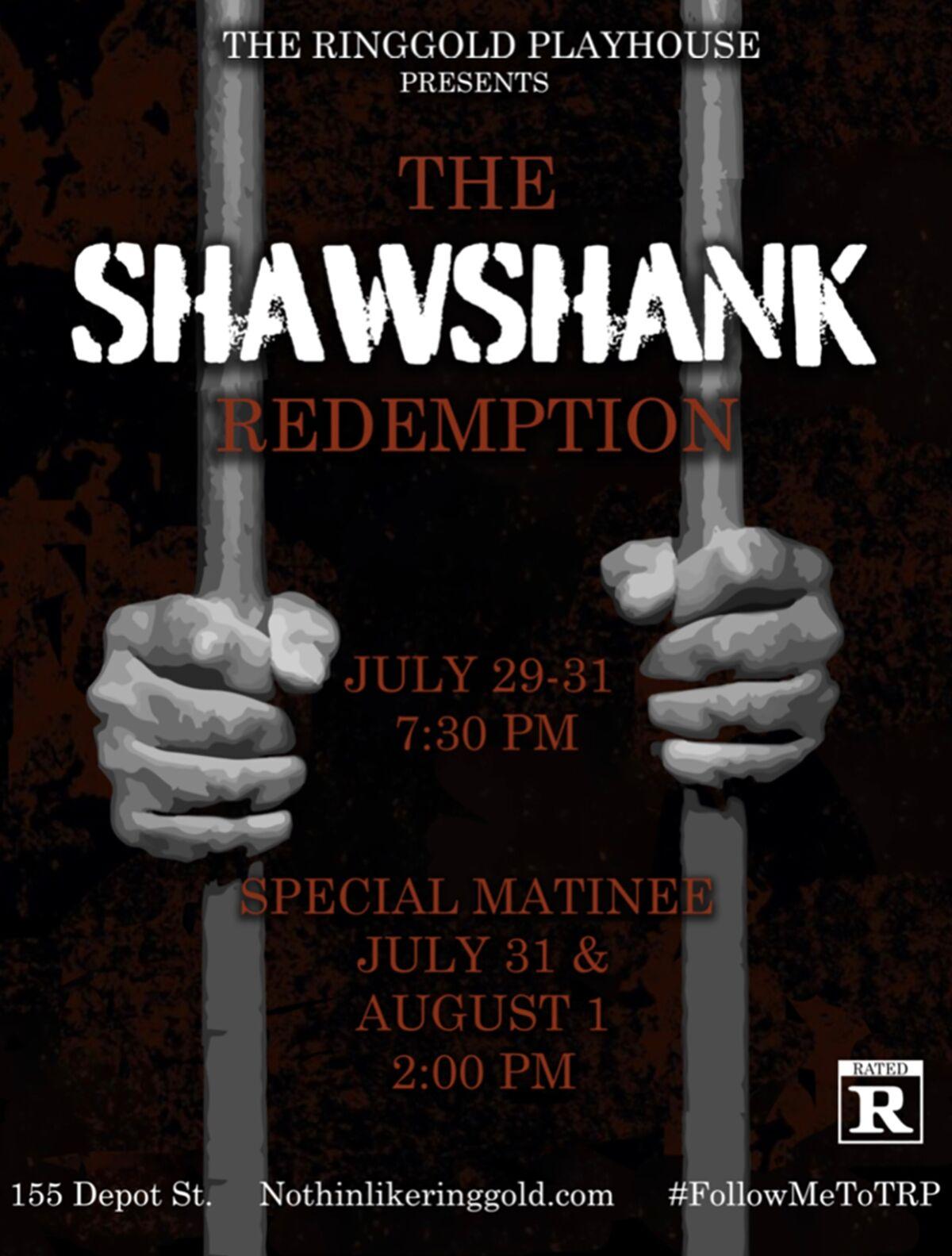 From left, Chuck Nalley (Red) and Zack Jordan (Andy) discuss life, loss, and hope as they live out their days in Shawshank Prison.

The Ringgold Playhouse will open a five-performance production of its dark, crime drama “The Shawshank Redemption” beginning Thursday night, July 29.

The play, based on the much-heralded Stephen King novella, brings a lot of grit, poignancy, and intensity to the Ringgold Depot stage according to director Adam Cook.

“We’ve waited a long time to tell this great story, and our team is really looking forward to finally revealing ‘Shawshank’ to audiences,” Cook said.

Cook said the company was in rehearsals for the show in early 2020 when the COVID-19 pandemic brought production to a halt.

“We were about five weeks into rehearsal in March of last year when everything shut down,” Cook explained. “We were all really bummed out about postponing the show, but we understood that it was necessary at the time. We waited it out, and then got the band back together and got back to work, so we’re happy show time is finally here.”

The play tells the story of Andy Dufresne, a banker who is convicted of murder and sentenced to life in the notorious Shawshank prison in 1949. Andy, played by Zack Jordan, must find a way to keep himself and his hope alive over the years by using his wits and forging friendships with Red (Chuck Nalley), Brooksie (Ed Huckabee) and others amid the cesspool of shady characters. Based on King’s novella, Shawshank showcases the resiliency of the human spirit made famous in the acclaimed 1994 film.

“It’s just an incredible story,” Cook said. “I first read the book and watched the film version when I was a teenager, and it has stuck with me ever since. We have a fine collection of actors who’ve worked hard to tell this important story, and I’m really proud of the great effort and dedication they’ve put into this show.”

With a serious story comes serious content, which is why the play is rated R for language and themes, and is not suitable for children.

“Thus far, in our eight-year history, every show we’ve performed has been family-friendly, but that’s not the case this time around,” Cook explained. “It’s dark and gritty content, and just like it’s described in the book, ‘prison is no fairy tale world.’ We just want to make sure that audiences know ahead of time that it’s not suitable for all ages.”

“We’re just really excited to show this story to our audiences,” Cook said. “When you have a team like this — the cast and stage manager Renee Lierow have worked extremely hard, so I hope theatre fans from all around come see this wonderful show they’ve crafted.”

Tickets are $10 general admission and $8 for seniors and students.

Tickets can be purchased in advance online through Eventbrite.com, or at the door.

Here are Georgia’s 2021 Blue Ribbon Schools. Did your school make the cut?

Five things we learned from South Carolina’s loss to Kentucky

At least 180 residents in southern Doña Ana County had water shut off in September. Here's why.

25,000-euro painting stolen from sleeping man on train in Germany