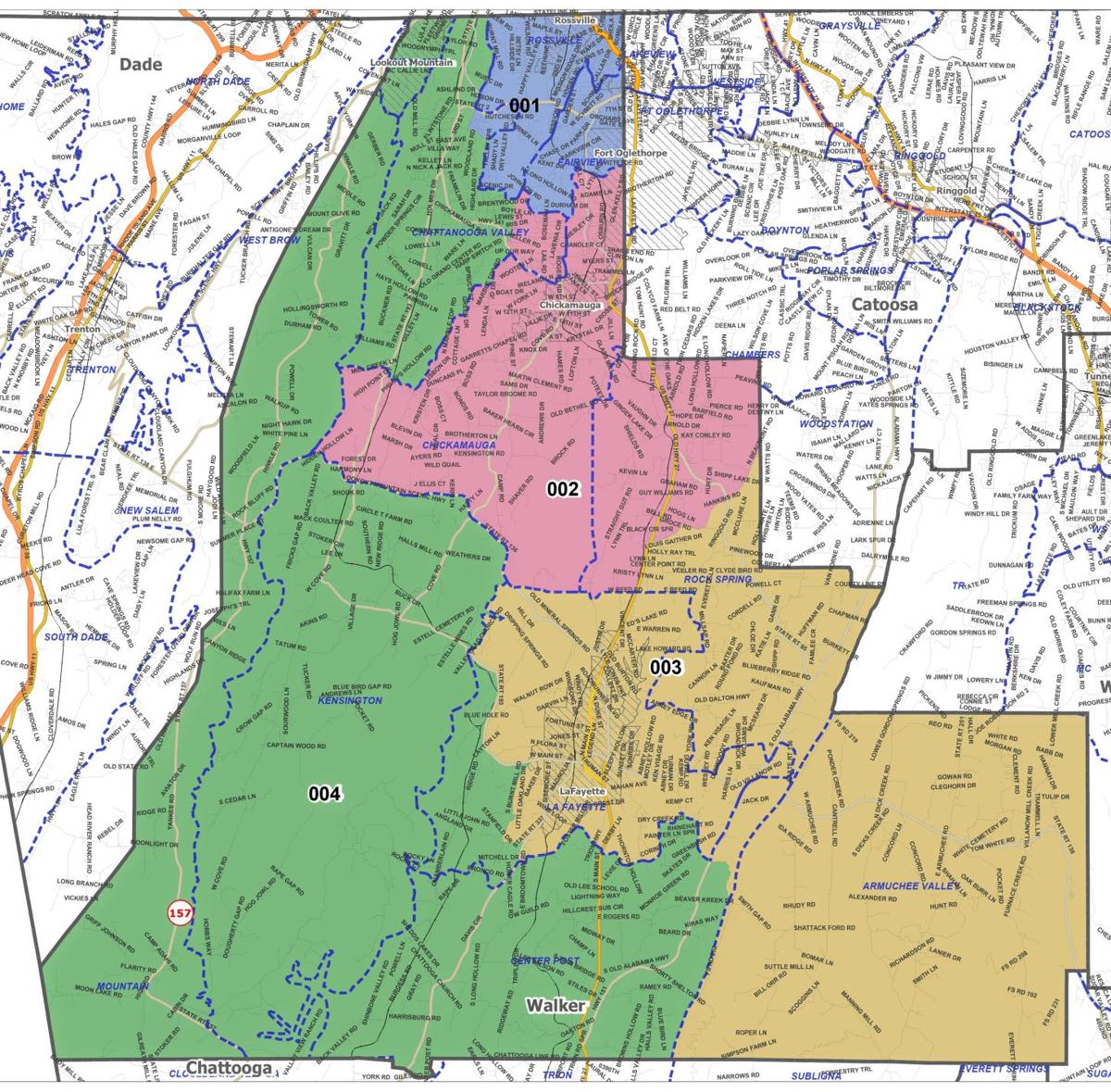 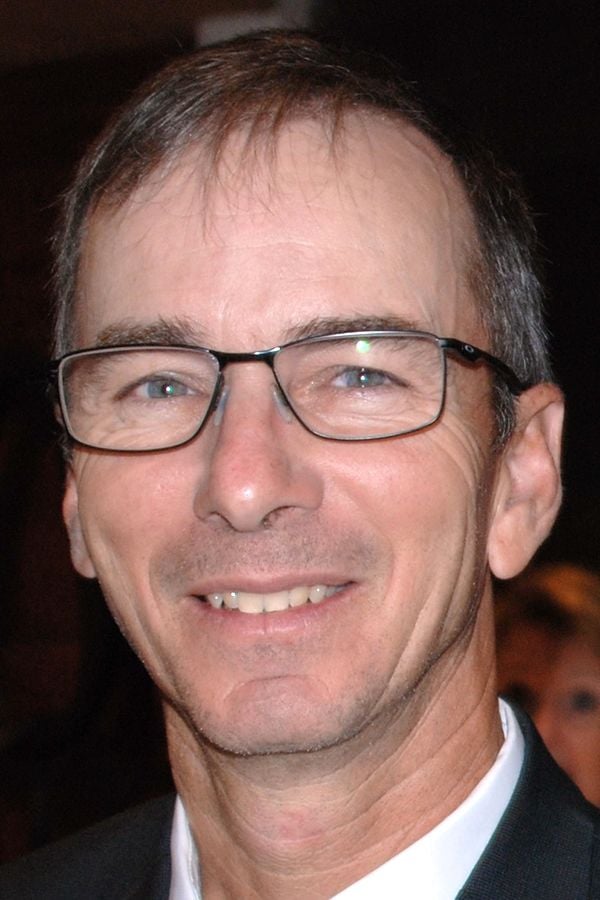 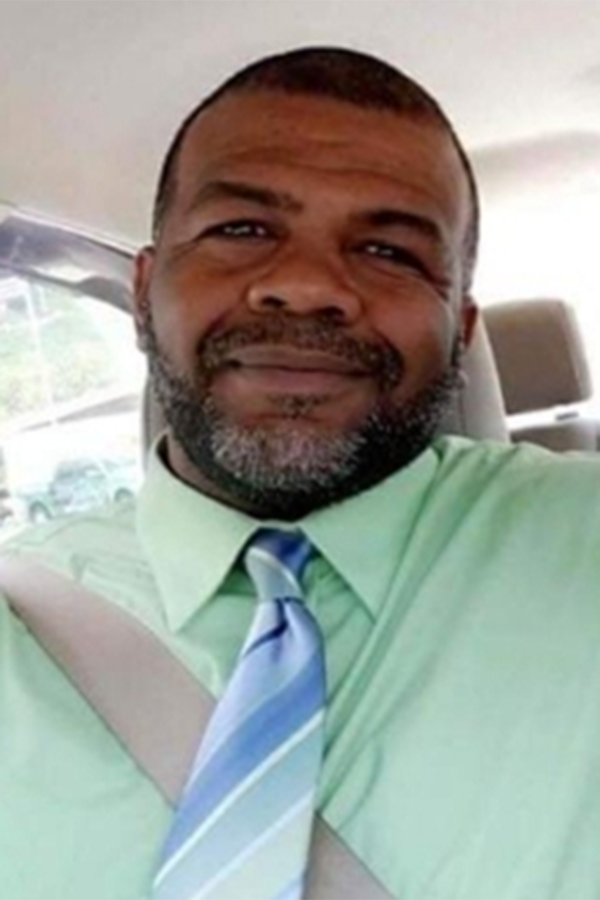 On Nov. 3, voters in Walker County’s District 3 will choose between 53-year-old Republican candidate Brian Hart and 44-year-old Democrat candidate Hakie Shropshire to represent them on the new multi-person commission. District 3 encompasses LaFayette and the southeast corner of the county.

We sent the candidates a list of questions to help voters get to know them and where they stand on issues.

What have you been doing to prepare yourself to hold public office?

Hart: I have been attending Commissioner’s meetings and spending time talking with others that are in Walker County Government. I worked in city/county government for 30 years in Whitfield County and I feel that that has helped me prepare to hold public office as well.

The 30 years I spent in the United States Army Reserve, CORPS of Engineers, also gave me a lot of experiences dealing with some of the same issues that city/county governments might deal with.

Shropshire: I have been working with a few county residents helping them with the new iWorQ service request app so they can report an issue they see that needs immediate attention. I have also been keeping in touch with Mr. Whitfield and Mr. Wardlaw to stay up to speed with the TSPLOST and upcoming projects.

What are the three most important issues to you (or voters you have spoken with) and how are you going to address each one if elected?

Hart: 1) The debt; I think the Shannon has done a good job with this. I hope that the new board can continue to reduce and eliminate the debt in the next four years. 2) Infrastructure; there is a long list including roads, bridges, utility lines and buildings, that will need maintenance or replacing. Once the debt is gone, our county can start focusing on many different infrastructure issues in our county. 3) As our county digs out of debt and improves infrastructure, it is imperative the we insure that we have good, qualified, well-educated, and well-paid employees to operate our day-to-day operations. Having worked in city/county government for 30 years, I feel that a well-trained and well-paid work force is imperative to getting full benefit out of our tax payers’ dollars.

Shropshire: 1) The first issue that voters have brought to my attention is the lack of maintenance in our neighborhoods. People are wanting trees trimmed back from power lines, and streets paved correctly, mainly in the city limits of LaFayette. This I will need to bring to the city of LaFayette attention. Outside city limits I’ve already been working with GDOT getting vegetation cut and removed. 2) Small business is the second issue – we continue to take from small business owners and never give back. I want us to invest into our local business owners, if they grow we grow as a county. 3) The third issue: I want us to think more into the future. We have 700 acres of land not being used, we need to sell it or use it. We can’t pay ourselves property tax. I’m looking to create a power purchase agreement with Georgia power and TVA and use some of this land that makes no money. This will help fund our future.

Have you read the Walker County Codes and Ordinances?

Shropshire: I have read a few codes and ordinances. There’s a lot of information there and I also have 24-hour access to them when I need them. I will continue to read them as I go.

Have you read the Georgia Constitution?

Hart: I have and studied it in school, but that has been a while back. Perhaps that is something I need to refresh myself on.

Shropshire: Yes, I have read the Georgia Constitution.

How would you deal with an angry resident who was speaking at a commission meeting?

Hart: My dad always told me not to judge a person until you have walked a mile in their shoes. Sometimes that is hard to do. People have the right to voice their opinion, even though they become angry. I would allow the angry resident to speak and attempt to give him/her as accurate an answer as I could based on the information I had.

Shropshire: I will let the angry resident speak and listen to any issue they may have. I will let them know that I understand their frustrations and answer all questions to the best of my ability.

Have you ever faced a situation where you had to stand up for what you thought was right when the majority of people were doing or saying the opposite?

Hart: I had to make several tough decisions during my time in the Military. There are seven Army Values that every soldier learns, and they are all important. One of them is Integrity. Gen. Norman Schwarzkopf once said, “The truth of the matter is that you always know the right thing to do. The hard part is doing it.” I fully believe this to be true. There are often times that leaders must make a hard, right decision over an easy, wrong decision.

Shropshire: I have never been put in a situation where I had to stand up for what’s right until now. That’s why I’m running for commissioner in District 3.

What is something that you, as a commissioner, would not compromise on?

Hart: I would be as up front as possible with the county residents. Good news often makes the headlines and the bad news does not get out. Another thing I learned in the military was “Bad news does not get better with time.” If there is a problem, I will address it up front.

Shropshire: I will not agree or compromise on any favoritism, discrimination or spending money on unnecessary items.

What is your educational and work background?

Hart: I am a 1985 graduate of LaFayette High school and graduated Southern Tech with an associate’s degree in Civil Engineering Technology in 1988. I am also a graduate of several U.S. Army schools, the highest of them being the U.S. Army Sergeants Major Academy in 2008.

I served 30 years in the Corps of Engineers, U.S. Army Reserve. I served on three combat deployments in the Middle East and deployed several times on humanitarian aid missions in seven different countries. I retired in 2015 as the Command Sergeant Major, 1st/100 USAR Engineer School.

I currently own and operate a 200 Acre Cow/Calf Operation in Villanow on the east side of Walker County.

Shropshire: I graduated from LaFayette High in 1995, Joined the Army National Guard in 1999. I moved to Ohio and studied computer networking at Edison State in Piqua, Ohio, Graduated from ITT Tech with a degree in Computer Networking in Dayton, Ohio in 2016. Currently two years working with World Wide Tech Service as Senior Engineer. I also have eight years in the trucking industry, two years electrical engineering, three years working in auto manufacturing for Honda of America, and two years’ experience working in highway road construction.

What skills and experience have you gained through work, school, volunteering, etc., that will equip you to be the right candidate for the position?

Hart: I have worked with all aspects of public works, including road maintenance, road construction, utilities, and solid waste. I have experience dealing with engineering firms on large scale construction projects in these areas. During my time in the military, I worked in these areas as well and worked with different nationalities and ethnic groups.

As a Command Sergeant Major, I was the Senior Enlisted Soldier in several different Battalions that included up to 1200 Soldiers.

Would you support local efforts to add interpretive signage, memorials and/or monuments alongside or in addition to existing monuments to expand knowledge and education about the role of Native Americans, African Americans and women who were a part of Walker County history?

Hart: Yes, I would. I think the history of our county, and our country, is very important and I think that it is imperative that we don’t forget our history.

Shropshire: I would love to see more education and signage honoring our women, Native American and African American people. I would like to honor and educate everyone about Mr. Abe Culter. Mr. Culter was from Jasper, Tenn. He moved to Georgia in the early 1800s. He became the first elected mayor of LaFayette in 1833. Some said he served one year but the books in the LaFayette library said he didn’t serve. If it wasn’t for him there wouldn’t be a LaFayette. He and the Native Americans helped cut down trees so that the first courthouse could be built and the city we call LaFayette could be started. I also want to work with the city of LaFayette to rename Chattanooga Street “M.L.K. BLVD.”

Oct. 5 is the deadline to register to vote in the Nov. 3 general election. Voters can check their registration status online at mvp.sos.ga.gov.

Voters can now complete the request for an absentee ballot from the Walker County Board of Elections and Registration if they plan to mail in their ballot. Voters were able to start mailing in their absentee ballots on Sept. 15.

All four satellite locations open on Saturday, Oct. 24, and then the following Monday through Friday from 8:30 a.m. to 5 p.m.

Visit www.walkercountyelections.com or call 706-638-4349 for more information. The elections office is at 103 S. Duke St. 110, LaFayette, on the first floor of the Walker County Courthouse.

Pence to keep up travel despite contact with infected aides

Dreams of a Red Emperor: The relentless rise of Xi Jinping

The Latest: Pelosi says she's not giving up on virus relief