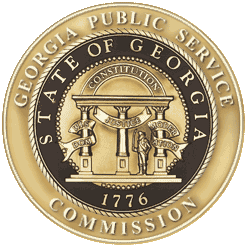 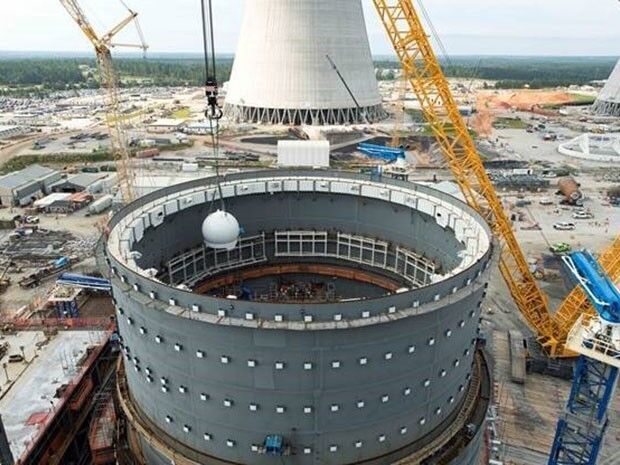 This Southern Co. photo from July 2017 shows the first of two accumulator tanks being placed inside the Unit 3 containment vessel. Part of the passive core cooling system, accumulators are spherical tanks of borated water that, in the event of a loss of reactor coolant, are designed to provide a high rate of coolant flow for several minutes.

This Southern Co. photo from July 2017 shows the first of two accumulator tanks being placed inside the Unit 3 containment vessel. Part of the passive core cooling system, accumulators are spherical tanks of borated water that, in the event of a loss of reactor coolant, are designed to provide a high rate of coolant flow for several minutes.

But their Democratic challengers said the PSC is letting Georgia Power Co. keep too much of the profits from its operations while passing on too much of the financial burden to customers.

McDonald, who has served on the PSC since 1998, said he has led the way during the last decade as the commission has approved plans to retire coal-fired power plants and boost the state’s commitment to solar, nuclear and wind energy.

But McDonald said the Green New Deal being floated by the progressive wing of the Democratic Party would tilt the scales toward renewable energy too far because Americans can’t afford the massive price tag.

Blackman, who is opposing McDonald, differed with the incumbent.

“Let’s be honest: What we’ve been doing has not been working,” said Blackman, who has served as an advisor to the Congressional Black Caucus and U.S. Environmental Protection Agency on environmental justice issues.

The incumbents and their challengers also disagreed over the PSC’s decision last March to suspend disconnections of service to electric customers having trouble paying their bills due to the economic impact of the coronavirus pandemic.

Bryant, who is challenging Shaw’s reelection bid, criticized the commission for lifting the moratorium on disconnections in July.

The Democrat from Savannah also argued the PSC should not let Georgia Power pass on to ratepayers either the costs of cleaning up coal ash ponds around the state or the cost overruns at the Plant Vogtle nuclear expansion, which have nearly doubled the project’s budget from the $14 billion the commission approved in 2009.

“Every time Vogtle is prolonged or delayed, Georgia ratepayers pay an additional $1 billion,” Bryant said. “That’s just not how we should be treating Georgians.”

Shaw, appointed to the PSC last year and now seeking his first full term, said the commission’s job is to strike a balance between protecting ratepayers and making sure Georgia utilities have the resources to provide safe reliable service.

“We’ve taken advantage of low-cost natural gas,” he said. “Consumers are paying the same [for electricity] as back in 2011.”

Melton, the Libertarian challenging Shaw, said there are free-market solutions to the lack of broadband connectivity in rural Georgia. She pointed to a project that has equipped a rural county in Kentucky with some of the fastest internet connections in the nation.

“They were able to do this voluntarily, on their own, using existing institutions,” Melton said.

Nathan Wilson, the Libertarian taking on McDonald, suggested letting businesses rent portions of their properties to be used for installation of solar panels as a way to boost solar power in Georgia.

While members of the PSC are elected statewide, they live in and represents districts. District 1 covers all of South Georgia, while District 4 includes North Georgia and the state’s border with South Carolina down to Augusta.