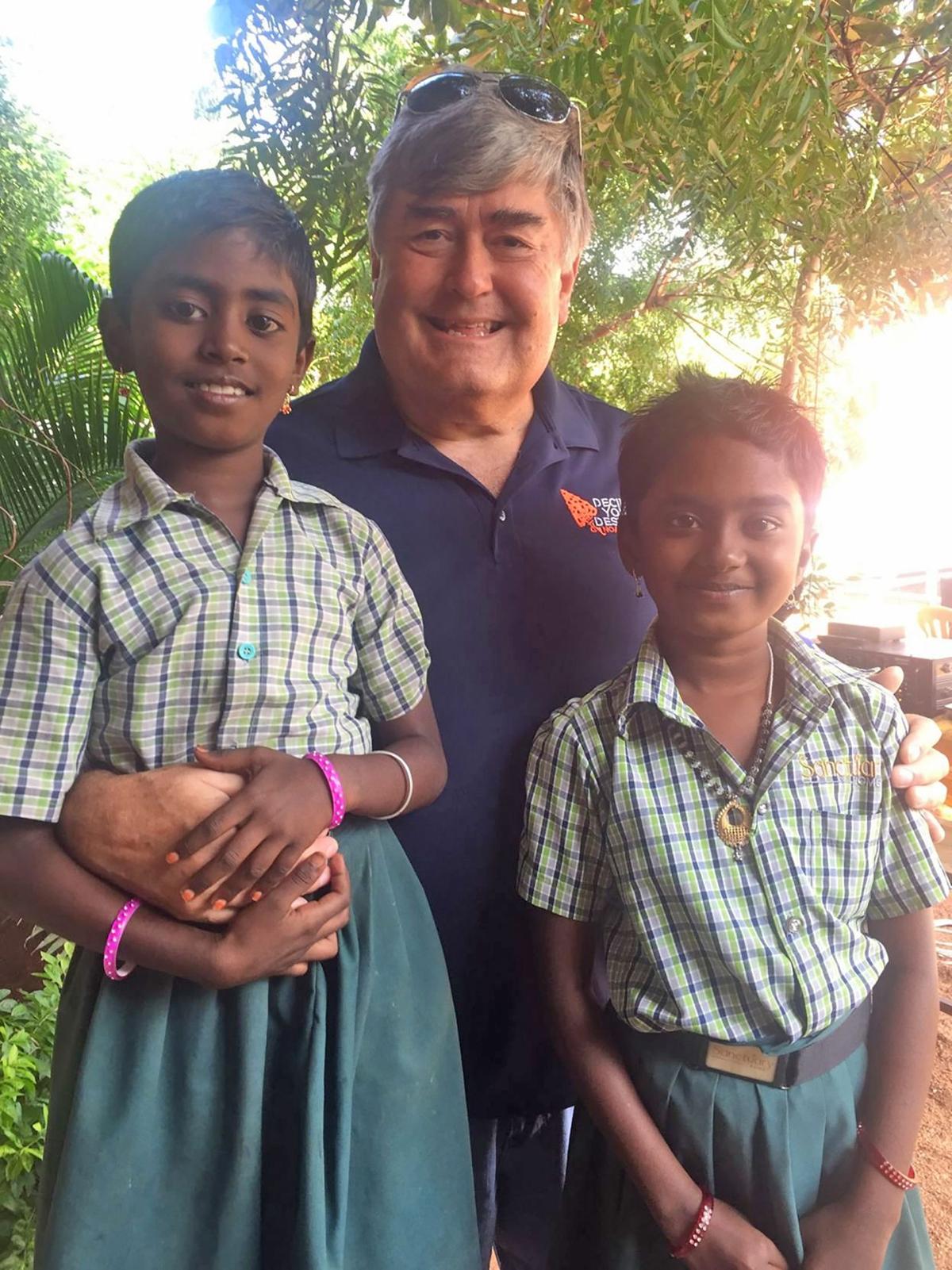 In January, Catoosa County resident Phil Ledbetter traveled to India with a group of 30 Americans who help support a boarding schooled called Sanctuary Home. Ledbetter has been sponsoring two children at the school for four years. 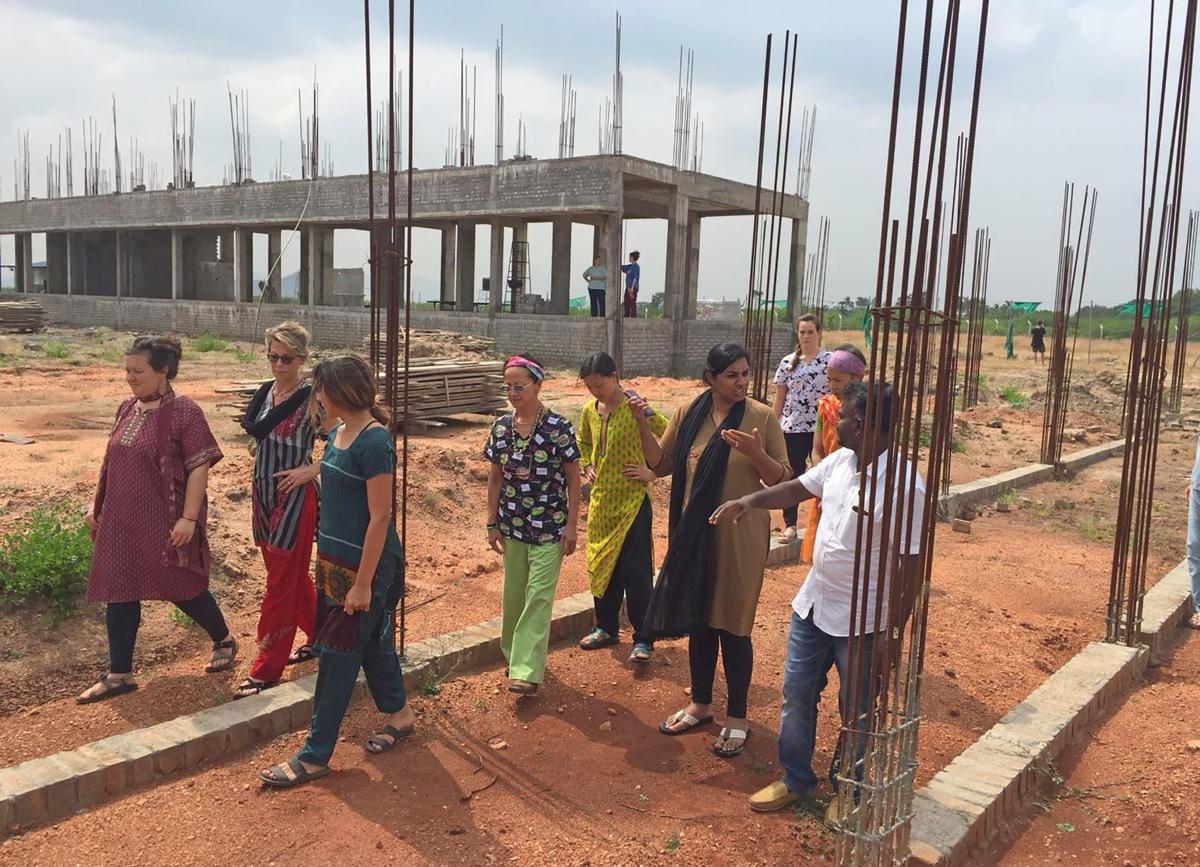 Sanctuary Home, a boarding school for unwanted children in India, is working to build a larger facility. 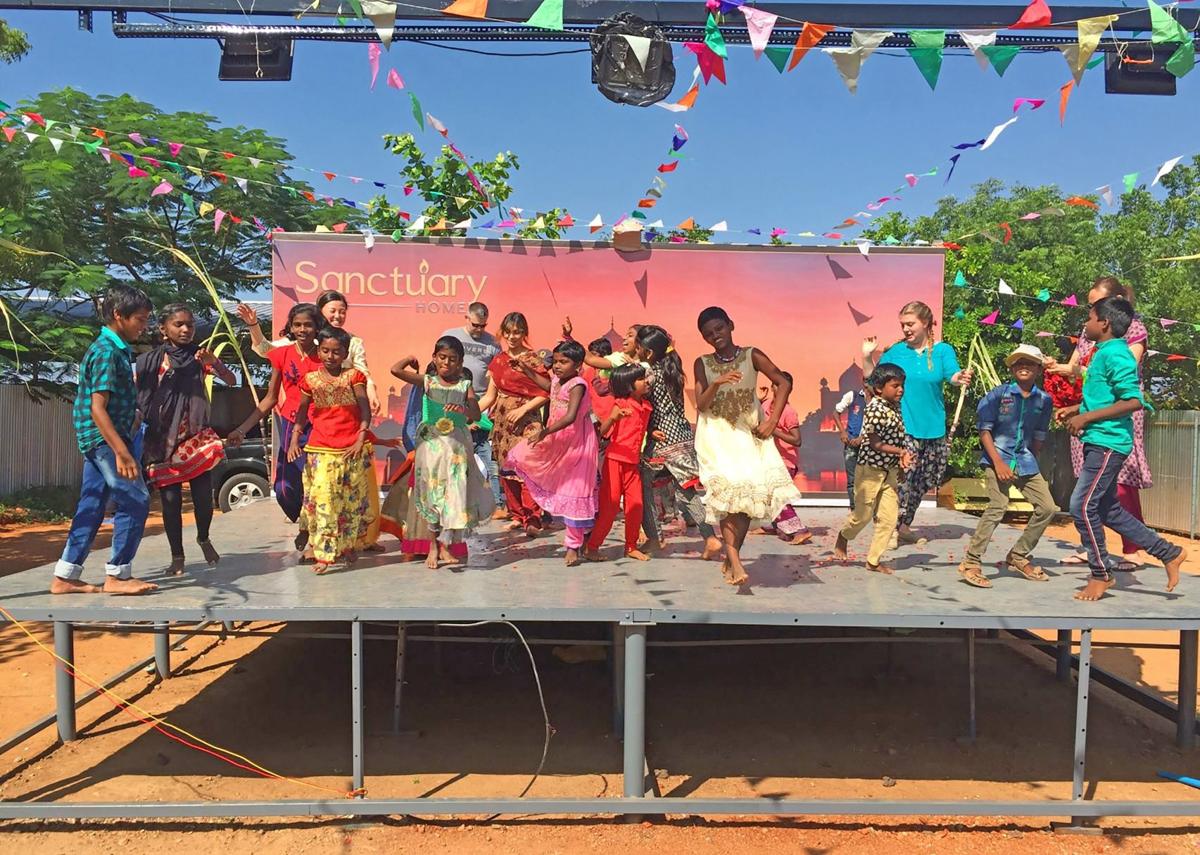 While Phil Ledbetter was in India, the group of Americans he traveled with enjoyed dancing with children from Sanctuary Home, a boarding school the group helps support. 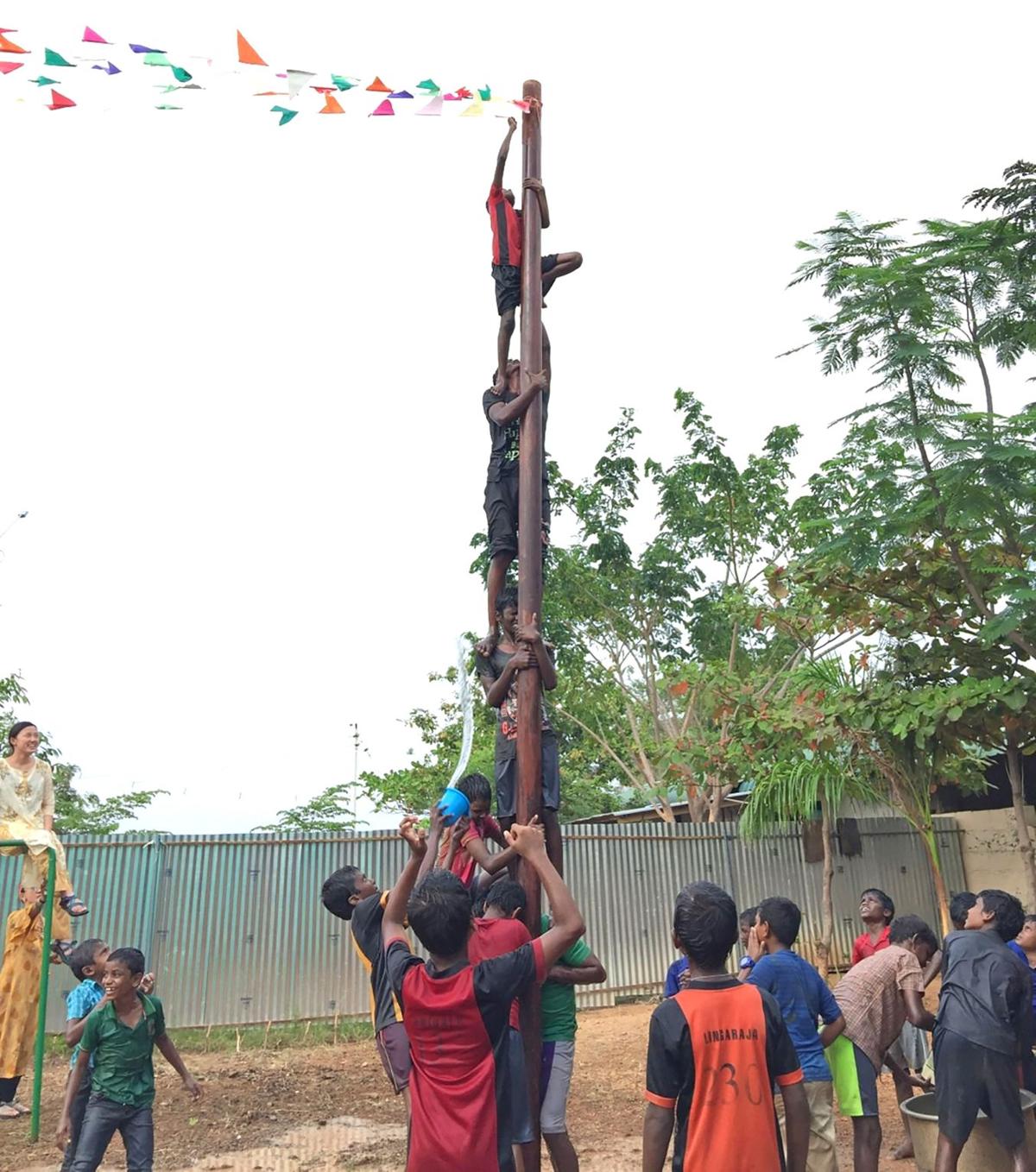 A team of boys at a “Sugar Cane Festival” in India must find a way to retrieve flags at the top of a greased pole.

In January, Catoosa County resident Phil Ledbetter traveled to India with a group of 30 Americans who help support a boarding schooled called Sanctuary Home. Ledbetter has been sponsoring two children at the school for four years.

Sanctuary Home, a boarding school for unwanted children in India, is working to build a larger facility.

While Phil Ledbetter was in India, the group of Americans he traveled with enjoyed dancing with children from Sanctuary Home, a boarding school the group helps support.

A team of boys at a “Sugar Cane Festival” in India must find a way to retrieve flags at the top of a greased pole.

Situated in south India is a place called Sanctuary Home. It’s home and school to around 100 children, most of them from the lower castes of society in India, children who are considered “untouchables.”

“It was an experience like I never had before,” says Ledbetter. “The children have so little and have come from such awful circumstances, but they’re thankful and happy.”

Ledbetter traveled with a group of 30 people from churches in four states, many of them also sponsors of children at the school. Their trip took them from Atlanta to Paris to Mumbai (formerly Bombay) and then on an additional flight and a bus ride.

“We had a 20-hour layover in Paris,” says Ledbetter. “I had never been to Europe. We saw the Eiffel Tower and the Louvre from the outside. We took a boat ride on the Seine River and could see the Notre Dame Cathedral.”

What awaited the group in India was a far cry from Paris but in many ways much better, says Ledbetter.

Sanctuary Home was started by a man who was once a street child and found a home in an orphanage. He and his wife, though very poor themselves, took in five street children in addition to their own five, and the mission to save unwanted children grew from there. The operation is now run by two of the couple’s sons and their wives.

Ledbetter, whose two sponsored children — girls, now around eight and ten years old — says the situation in India is heartbreaking.

Sanctuary Home says it is estimated that two million children a year are sold into sex slavery, factory slavery, debt bondage and the black market organ trade. The average lifespan for children exploited in these ways is three to seven years.

One girl at the home spent her young childhood years being sex-traded by her mother in exchange for the woman’s AIDS treatments.

When the girl’s mother died, a nurse brought the girl to Sanctuary Home. A group of men from the hospital followed, demanding that the girl be returned to them. Sanctuary Home won that battle, says one of its directors, but there are times they don’t. Relatives are free to show up at the home and claim children and often sell them as factory workers or worse.

The group Ledbetter and his wife traveled with included doctors and dentists who provided care for not only the home’s children but many homeless children who live in the surrounding area.

The trip was the first time Ledbetter got to meet the girls he’s sponsored for four years. “The girls hugged me and I teared up,” he says.

Ledbetter says the American group and the directors of the home made the most of the time they had together. “We did crafts together, played games. We played soccer with the boys. We held services every night.”

Ledbetter spoke, with the help of an interpreter, at one evening service. One day, the children were loaded onto a bus for a trip to the ocean. “We held a service on the beach and sang hymns in the children’s native language and the kids got to go in the water,” says Ledbetter. Adding to the adventure, the group’s bus got stuck in the sand and had to be rescued.

The Sanctuary Home children performed native Indian dances for their guests and in return, some of the younger guests danced for the children. “Some graduates of the school,” says Ledbetter, “scraped together the money to travel over 100 miles to visit with us.”

At a “Sugar Cane Festival” the children taught the Americans how to peel and eat cane. “They drew beautiful pictures of flowers and words on the ground with chalk,” says Ledbetter. “The boys held a greased-pole climbing contest and had to be very creative about how to get to the top and retrieve the flag.

“We don’t have a clue in this country,” Ledbetter says. “These children sleep on straw mats on the floor. They have a corner, sometimes a locker, where they can keep their clothes and few possessions. They soak up any attention they can get and they’re very protective of one another.”

The group celebrated Christmas a month late with the children. “They were delighted to get things like socks and clothes,” says Ledbetter. “We got them fun things, too.”

To save money, the school grows its own rice. Ledbetter says there were many crop failures last year in the area, but the school’s crop did well and they shared their harvest with the local community. “Things like that go a long way in building good relations,” he says.

Sanctuary Home is in the process of raising money to build a larger and better facility. Ledbetter says they have the foundation laid but need to raise $500,000 to finish the project.

After nearly two weeks of visiting Sanctuary Home, Ledbetter and the rest of his group filed onto a bus to head back to their hotel where they would pack up and start their journey back to the United States. “When we got home,” says Ledbetter, “my wife and I decided we needed to sponsor an additional child — a girl who is a good friend of the two girls we already sponsor.”

Anyone interested in helping Sanctuary Home build their new facility can contact Phil Ledbetter at philip.ledbetter@gmail.com or 423-762-3386.

Isaias strengthens slightly as it crawls up Florida coast

UK's Truss in Washington to press for post-Brexit trade deal