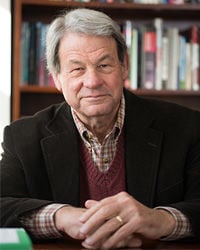 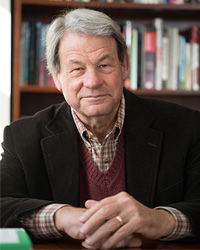 “This Deal Is Good Enough.”

That was the headline over a New York Times editorial endorsing the $900 billion relief package passed by Congress. And that phrase — “good enough” — should be the watchword of the Biden administration that takes power in January. It might not be a soaring or inspiring slogan, but it fits the new president and the times we are living in.

At his core, Biden is a pragmatist who has always believed in the virtues of compromise. That’s how he ran, and that’s how he won.

“He was just the right guy, because he was a moderate and people knew him and they thought he was bipartisan,” Biden’s pollster John Anzalone told The Washington Post. “They didn’t think he was a radical-left guy.”

Biden has said repeatedly since the election that he will continue that moderate approach in the Oval Office.

“I don’t think I’m kidding myself,” he said on Stephen Colbert’s CBS program. “Politics have become so sort-of dirty and vicious and personal and mean — a clenched fist instead of an open hand — and I think people are looking for us to come together.”

The president-elect was reinforced in that conviction by the relief measure, which was hammered out in bipartisan negotiations and received overwhelming support from both parties. “This is a model for the challenging work ahead for our nation,” he said in a statement.

He’s right about that. No matter how the two Senate runoffs come out in Georgia in January, both houses of Congress will be very narrowly divided. For anyone who has not failed third grade arithmetic, the conclusion is clear: The only way anything will get done next year — the only way the country will recover from the devastating impact of the coronavirus — is through bipartisan cooperation.

That truth drives the hardcore ideologues on both sides crazy. But there is simply no other choice, no other way forward. “Good enough” is the best we can do. “Good enough” means recognizing the virtues of compromise. “Good enough” says perfection should never be the enemy of progress.

“There is nothing wrong with working together and getting 80% of what you want instead of insisting on 100%,” Rep. Josh Gottheimer, a New Jersey Democrat who heads the bipartisan Problem Solvers Caucus, told the Times. “This is about actually governing. It is a different model. It is not the one that gets you clicks, but it is how you get a bill done.”

I know all the arguments against this approach, and they must be taken seriously. Mitch McConnell still leads the Senate GOP, and long before Donald Trump arrived, he cast himself as a relentless and ruthless foe of the political approach Biden embodies. He will remain a formidable obstacle. So will House Republicans, dominated for years now by tea party types whose hard-line, dead-end tactics drove the last two party leaders, John Boehner and Paul Ryan, into premature retirement.

Biden will have trouble in his own party, as well, from left-wing lawmakers who come from safe districts in safe states and continue to delude themselves into believing this country is ready to embrace radical proposals like the Green New Deal or Medicare For All. The political facts say otherwise: Only 24% of voters identified as liberals in exit polls in November, while 38% each chose conservative and moderate labels. But Biden will quickly be branded a heretic if he dares to deal with the enemy.

And that might be the main problem Biden faces. Polarization long predated Trump, but he has seriously accelerated it, dividing the political world into Us Against Them. Good Guys vs. Bad Guys. Warring tribes that see each other not just as wrong, but as downright evil.

There is a huge trust deficit between the parties that did not exist when Biden left the Senate 12 years ago. It’s hard to negotiate with someone you don’t respect, and that gap can only be bridged step by step, compromise by compromise, deal by deal. The stimulus bill is a good start.

The president-elect remains optimistic, telling Colbert, “Once this president is no longer in office, I think you’re going to see his impact on the body politic fade and a lot of these Republicans are going to feel they have much more room to run and cooperate.”

A lot is riding on that prediction. A “good enough” president can only succeed if he has a negotiating partner on the other side.

Steven Roberts can be contacted by email at stevecokie@gmail.com.

Armed robber on the loose in Warner Robins