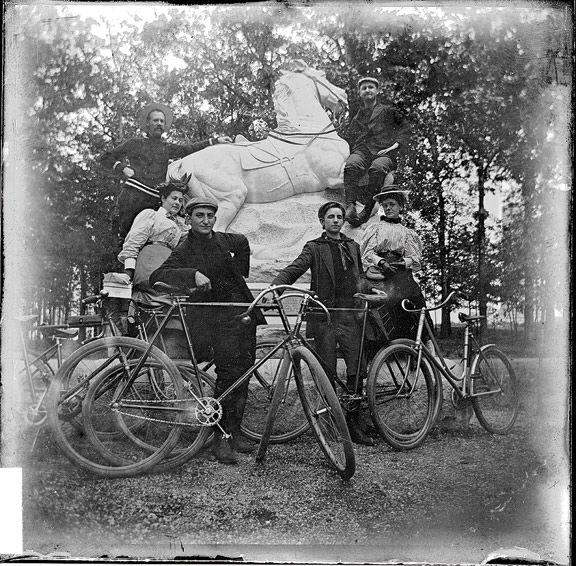 Bicyclists sit in front of the First Wisconsin Cavalry Regiment "Riderless Horse" monument at the Chickamauga Battlefield Park near Wilder Tower, which can be seen in the background to the right. 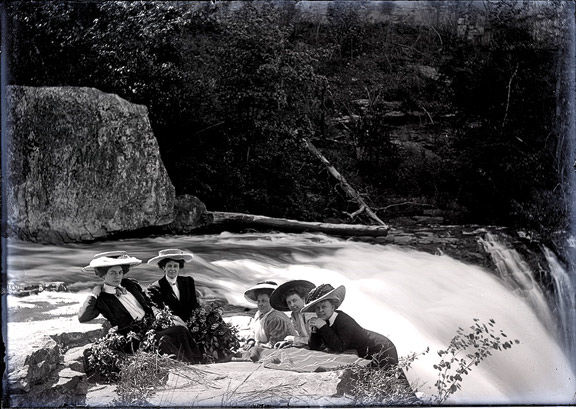 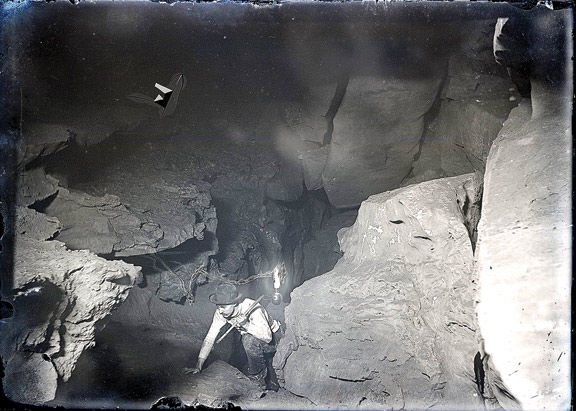 This is an unidentified cave photograph, one of the many photos Picnooga and Deep Zoom Chattanooga would like to identify.

Bicyclists sit in front of the First Wisconsin Cavalry Regiment "Riderless Horse" monument at the Chickamauga Battlefield Park near Wilder Tower, which can be seen in the background to the right.

This is an unidentified cave photograph, one of the many photos Picnooga and Deep Zoom Chattanooga would like to identify.

David Moon, founder of Picnooga in Chattanooga, is seeking glass plate negatives, which were used in photo processing in the late 1800s.

According to picnooga.org, “Picnooga began as a grassroots initiative to crowdsource vintage and historic photography of Chattanooga. Since, our focus has evolved into a hunt for historical items to catalog, preserve and share with the public. Our overall goal is to provide accessible resources to educate and stimulate an ongoing conversation about Chattanooga’s regional history.”

Moon said that a collection of more than 400 glass plate negatives depicting life in Chattanooga during the late 1800s was recently discovered. They are believed to have been taken by photographer Charles Gustavus Walline, who was employed at Chattanooga's D.B. Loveman's Department Store.

About 55 years ago a man named Charles Coulter of Signal Mountain attended an auction in Walker County and obtained 67 of Walline’s glass plate negatives. Coulter recently submitted them to Deep Zoom Chattanooga, as well as Picnooga.

Many of the photographs depict the same people, who are believed to be Walline’s friends and neighbors.

Moon believes there may be more glass plate negatives in Walker and the surrounding area.

Some of the photographs include an 1898 reenactment of the Battle of Chickamauga that took place during the Spanish-American War, which included some of those soldiers.

Moon said the long-term goal is to digitize the glass plates through a crowdfunding campaign and make those photographs available as an online exhibit.

Picnooga is asking the public to submit any other possible additional glass plate negatives, as well as information about those pictures, including the ones that are already in collection.

If the owners of the plates do not want to give them to the site, Picnooga could scan them for the owners and return the originals, Moon said.

The plan is to preserve, scan, digitize, and exhibit them, Moon said.

Moon said glass plate photographs started prior to the Civil War and started becoming obsolete around the 1920s.

Anyone who historic glass plate negatives they would like to submit to the project, or have scanned, is asked to email them to picnoooga@gmail.com, or contact the company on its Facebook page at www.facebook.com/picnooga/?fref=ts, or by visiting Picnooga’s website contact link at picnooga.org/contact-us/.

Moon said some of these photographs are already available to be seen online at picnooga.org and others will be added in the near future.

Stocks fall on Wall Street as earnings start to flow

Feds consider how to respond after verdict in Chauvin trial

'No place for you': Indian hospitals buckle amid virus surge

Oscar predictions: Can anything beat 'Nomadland'?