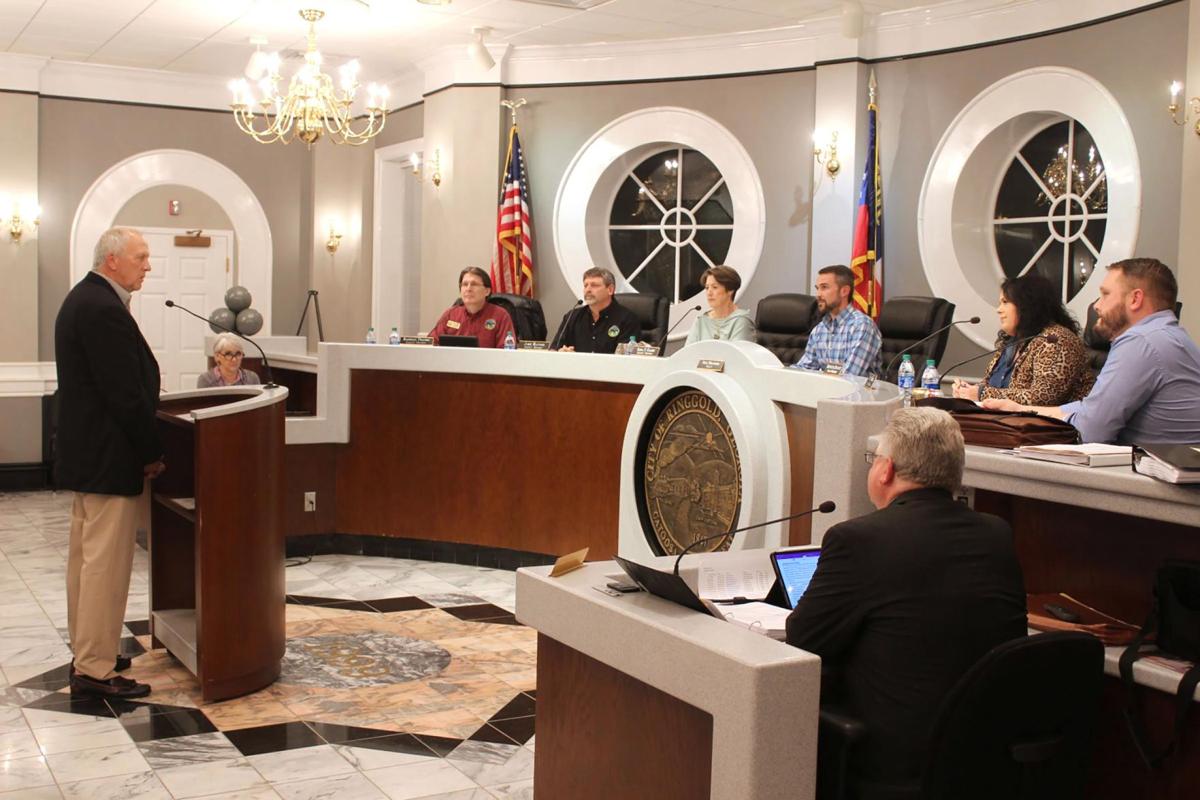 Former Ringgold City Council member Larry Black (at lectern) speaks about his time in office after receiving a proclamation for his service during the Jan. 13 meeting.

Former Ringgold City Council member Larry Black (at lectern) speaks about his time in office after receiving a proclamation for his service during the Jan. 13 meeting.

The city of Ringgold took time during its first City Council meeting of 2020 to recognize the service of former council member Larry Black.

Black, who served on the board over the past four years, did not seek reelection in November.

Fellow council member Sara Clark spoke about Black’s contributions to the city and the community as a whole during the Jan. 13 meeting, while also reading portions of the proclamation.

“We have a proclamation honoring Larry Black for his service,” Clark said. “I didn’t even realize, as well as I knew him, how far back his service went.”

Clark read off some of Black’s service positions and accomplishments as a decorated lawman who began his law enforcement career in 1976.

“He’s held many positions during his career such as deputy sheriff, administrator of the jail, chief of police of Fort Oglethorpe, Ringgold city police officer, and currently is a supervisor with the state over juvenile justice investigations,” Clark said.

Black also served on the Ringgold Planning and Zoning Commission before becoming a council member, and helped with city events like 1890s Days.

During Black’s time on the council, he spearheaded occupational tax restructuring and the creation of an urban camping ordinance, among other efforts.

“The Mayor and city of Ringgold, and the Ringgold City Council do, on behalf of the citizens of Ringgold Georgia, hereby honor and commend Council Member Larry Black for his many years of outstanding service with great appreciation of his dedication and commitment,” Clark read. “We wish him many continued years of happiness and good health. Thank you for going above and beyond serving, protecting, and promoting the citizens of Ringgold, Georgia.”

Looking back on his time as an elected official, Black said all his purpose in the position focused on serving his city and bettering the community.

The Latest: Pence says CDC will issue guidance for schools