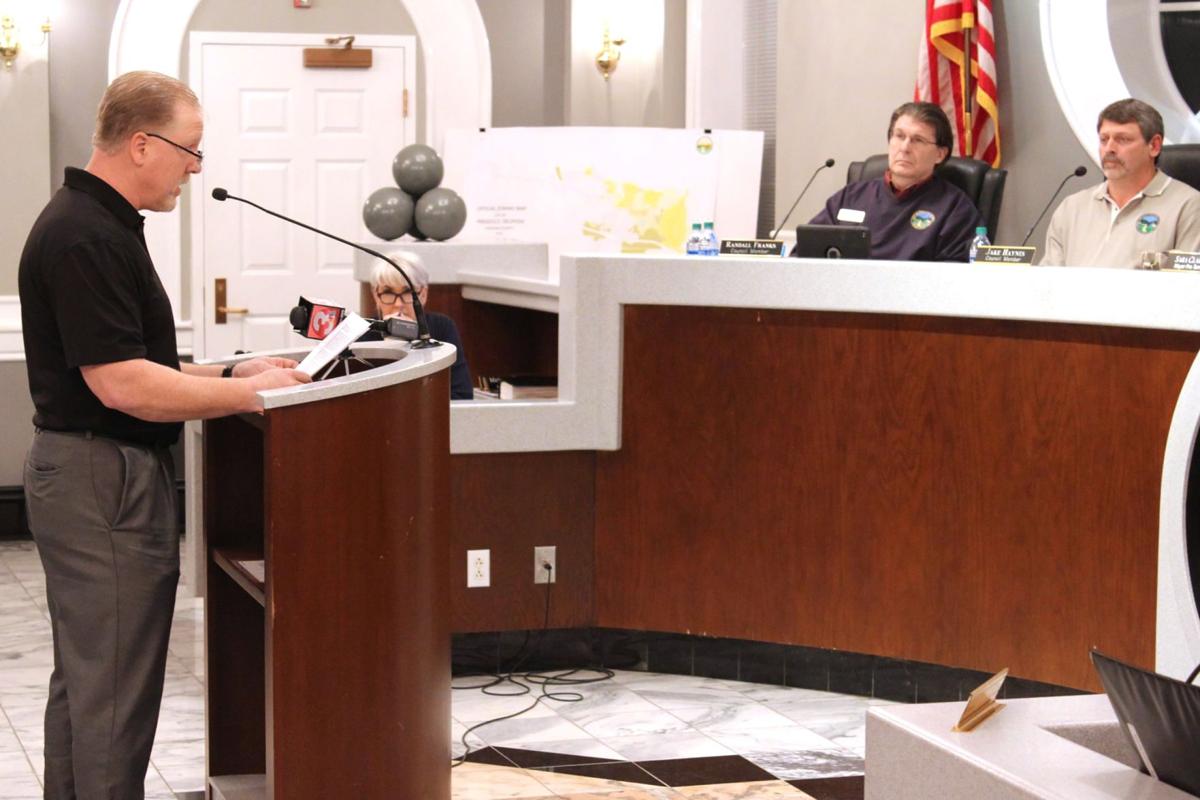 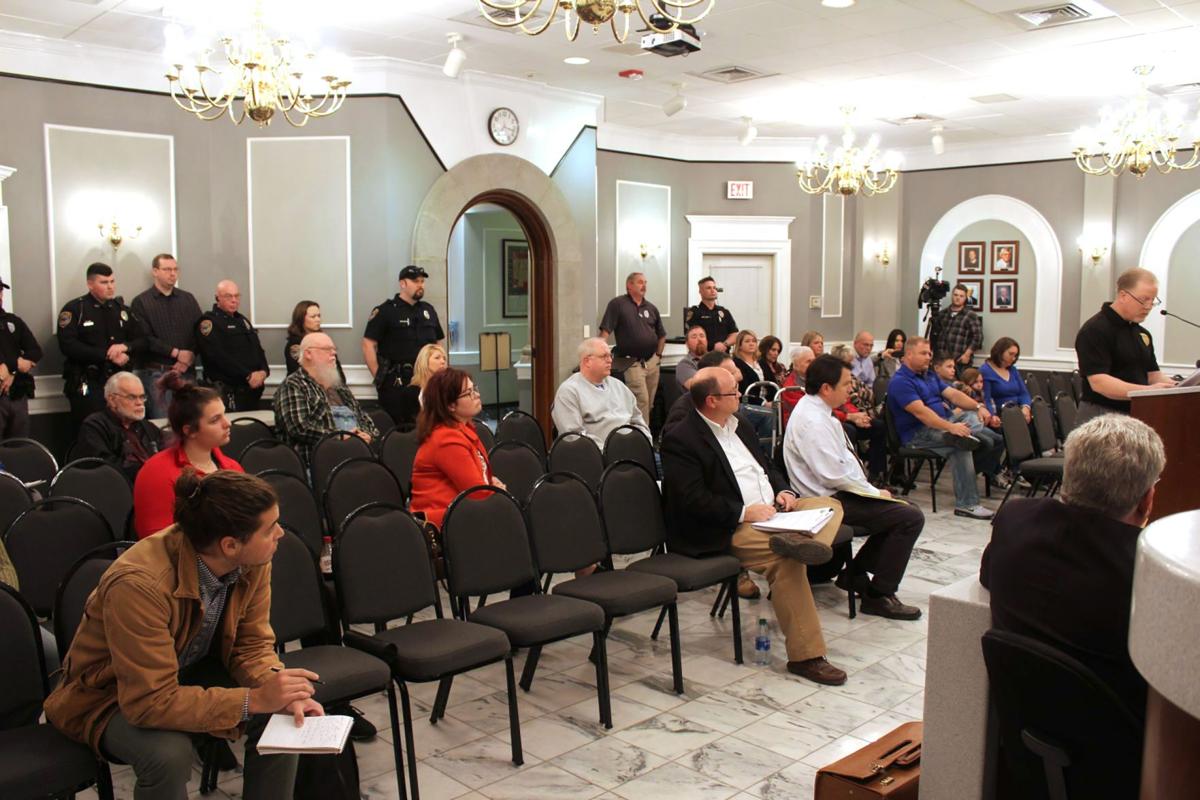 Several officers were in attendance to support Bilbrey during his announcement. 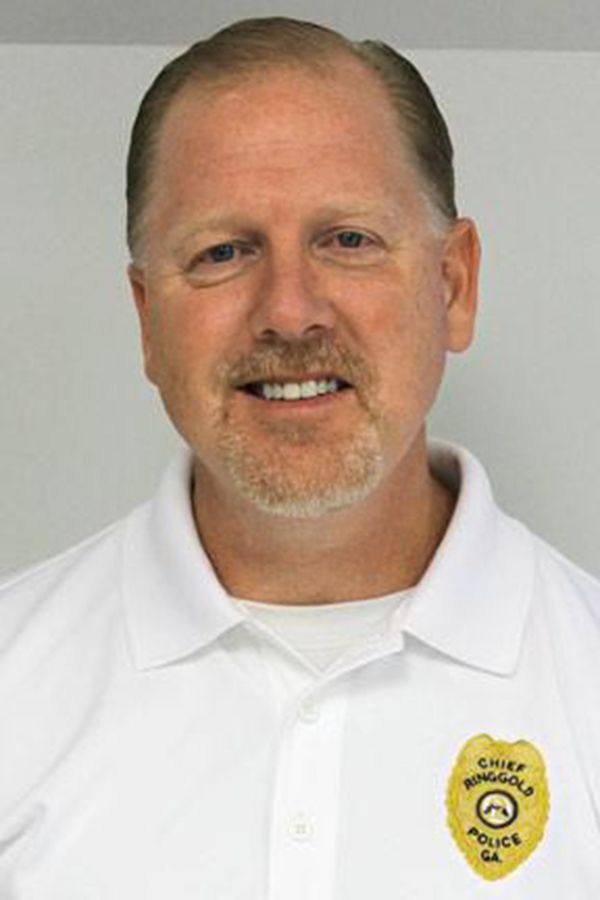 Several officers were in attendance to support Bilbrey during his announcement.

The city of Ringgold will soon lose one of its leaders after Chief Dan Bilbrey announced his resignation from the police department Monday night, Jan. 27, during the City Council meeting.

Bilbrey, who’s been the city’s top lawman since 2010, wasn’t on the regularly scheduled agenda, but made his announcement during the public comments portion of the meeting.

With several of his officers standing in the back of the room in support of him, Bilbrey spoke from the heart about several issues that have been growing points of frustration over the years — ultimately leading to his decision to leave.

“This is not how I envisioned doing this, trust me. But it’s come to a point where I feel this is necessary,” Bilbrey said. “I hope what I’m about to do generates some dialogue and some action on behalf of the police department. I’d like to take this opportunity to thank you for giving me the opportunity to serve as your police chief for nearly 10 years. I was hired to protect, to serve, and to bring change, technology, and professionalism to the Ringgold Police Department.”

During his announcement, Bilbrey spoke about the changes and updates he tried to make to the department right out of the gate. Prior to Bilbrey’s arrival, former Chief Charles Land had been in the position for more than 30 years — to say the department was a little behind the times would be somewhat of an understatement.

“Upon taking the position as your chief of police, I found no evidence room in the department, no technology such as computers. The police department had no working shotguns, no rifles, no tasers, two or three department-issued handguns, and one department handheld portable radio for communication,” Bilbrey said.“The police department’s patrol fleet was old, and for those (cars) that still had the odometers working, they contained in my opinion, very high mileage.”

Bilbrey said a risk management agency also showed concern for the age and mileage of vehicles at that time when they came in to do an audit and inspections shortly after his hire.

“Their inspection pertained to anything related to risk management issues in my department, everything from fire extinguishers, to patrol cars, to ballistic vests,” Bilbrey said. “They too shared their concerns and put those concerns in writing with no action ever being taken.”

Bilbrey said that over the years city officials ignored his requests to add officers to fully staff the department and failed to develop any overall goals for the agency’s future.

“Very early on (in my tenure), I made a request for five additional patrol officers, which went unheard — and no strategic plan even contemplated,” Bilbrey said.

Bilbrey added that when he became chief he even supplied his own guns.

“When I started with the city, as did other officers, I carried my own rifle, my own shotgun, and other implements to do my job,” Bilbrey said.

Bilbrey said those personal guns were stolen from a 1999 model patrol car while it was parked at his home in 2010 and that the city balked at his request to be reimbursed for the theft. The guns were eventually recovered, but Bilbrey says it took him a significant amount of time to go through all the proper channels in order to get the guns returned to him.

“The serial numbers were removed and had to be sent to ATF (The Bureau Alcohol, Tobacco, Firearms and Explosives) for the issuance of new serial numbers. This is a process that took over a year,” Bilbrey said. “Today, you still have a department that has not been able to bring uniformity to its officers in reference to firearms within the department.”

During his time at the helm, Bilbrey claims his administration has worked tirelessly to raise money to better the department, but has done so with limited support from the council and city manager.

“Under this administration, we’ve brought in nearly $400,000 in seizures, grants, donations, and fundraising,” Bilbrey said. “This was a huge undertaking with serious dedication and a lot of support from the community, and I’d like to thank all who were involved for their time in saving the taxpayers of this city a lot of money.”

Also during his speech, Bilbrey spoke on his feelings regarding the lack of financial support in properly equipping the department, bringing it up to date, officer turnover due to conditions, the lack of support from officials when it came to long-term decision-making, and even claimed City Manager Dan Wright had a tracking device placed on his police vehicle.

“Your officers see other agencies using SPLOST (Special Purpose Local Option Sales Tax) money and other funding means to keep their officers in newer, safer, and lower mileage patrol vehicles and they ask me, ‘why can’t the city of Ringgold do this,’” Bilbrey said. “It’s also hard to ensure proper training when you’re directly told that you cannot have mandatory trainings to help with legislative updates or other deficiencies within your department.”

Bilbrey also said numerous officers have left the agency over the years for better pay, lower insurance rates, and the opportunity to be better equipped in the field.

As far as staffing goes, Bilbrey compared his agency to that of Chatsworth, Ga., a city roughly the same size population wise, but that has a much larger collection of officers.

“I would encourage the city of Ringgold to look at one of its neighbors, the city of Chatsworth. They are so close to us in population. They do not have an interstate, but they have nearly twice the staff on both the police department side and civilian support staff side.”

Bilbrey said one officer for sure is leaving the department at the end of the month, and as many as four others are exploring their options. He also thanked those officers who’ve stuck it out with the department and who were there supporting him.

“We’re losing seasoned, tenured, good people,” Bilbrey said. “We need to keep and retain these types of people. I stand before you and would like to acknowledge the fine men and women of your police department. Thank you everyone for your support.”

Of all the points Bilbrey communicated during his announcement, his biggest claim was that City Manager Dan Wright and elected officials need to commit to the department and its future given how important the agency is to the community.

“You are the leaders of this city. Develop strategic plans to overcome department deficiencies, or disband your police department,” Bilbrey said. “I hope and pray that you do not do this, as the citizens deserve a police department. I am submitting my resignation as your chief of police. I hope this brings serious dialogue, and more importantly, action to the deficiencies and issues within this police department.”

After making his announcement, a handful of residents and former police officers spoke about what a loss Bilbrey’s departure means for the city.

Former officer Zack Henderson delivered some heartfelt words, after prefacing that he was Bilbrey’s first hire when he became chief in 2010.

“The city will be losing a great asset,” Henderson said. “The city is going backwards with losing him. I hate to say that. Being an officer and knowing that the city is not behind you and what you do, that’s disturbing.”

Henderson further admitted that he would have never left the department if it was prioritized more by the city and if Bilbrey had been given more of an opportunity to grow the agency and have his voice heard.

“He’s handcuffed in a way that a person should not be handcuffed,” Henderson said. “You put this gentleman in a position for a reason, and now he’s leaving for a reason.”

Another former officer claims he tried to come back to the department recently, but that after Bilbrey approved the re-hire, the decision was shot down by the city manager.

Local attorney McCracken Poston, who spoke during the meeting about a separate issue, wasn’t bashful when it came to his feelings on Bilbrey stepping down.

“They (city officials) are making a mistake losing this guy, and that’s for the record,” Poston said.

Mayor Nick Millwood acknowledged Bilbrey’s concerns and thanked him for his service.

“Thank you for your candor,” Millwood said. “To everybody standing in the back of the room, we appreciate you. We understand how important what you do is, and we have some work to do. Our police department is saying, ‘you need a wake-up call,’ and I think that it would be wise for everyone sitting up here to heed that and take it to heart.”

Millwood added that he’s not a fan of losing Bilbrey, and praised him as both a leader and a friend.

“I know you personally, and you’re a good man. And it’s heavy on my heart to hear that you’re going to be leaving,” Millwood said. “I appreciate your service, chief, and your words are not falling on deaf ears.”

After the Bilbrey announcement and subsequent speakers showing their support, Millwood asked to speak to him after the meeting in executive session. While Bilbrey stood in the hallway awaiting that meeting, several officers, family, and friends continued showing their support by taking turns thanking the chief for his service.

Bilbrey says he’ll continue to love and support the Ringgold community, but stated that continued lack of support and direction from city brass finally forced him to make his decision.

Bilbrey’s resignation includes a four-week notice, which gives the city a month to bring in a new chief or promote from within.

“I’ve had the opportunity to work with some great people in this city and within the police department. They really do have some fine people and this is a great community,” Bilbrey said. “I am just beyond words to describe the support that I have received from the community, these people, and the satisfaction of being involved with everything that comes along with the job.”

“Your officers see other agencies using SPLOST (Special Purpose Local Option Sales Tax) money and other funding means to keep their officers in newer, safer, and lower mileage patrol vehicles and they ask me, ‘why can’t the city of Ringgold do this?’ It’s also hard to ensure proper training when you’re directly told that you cannot have mandatory trainings to help with legislative updates or other deficiencies within your department.