From left: Matt Maynor, principal for HERE to CAREER Academy; Marissa Brower, CEO for the academy; Steven Henry, chairman of the Catoosa County Board of Commissioners; Zaniel Carroll, a member of the first class at the academy; Keith Jones, instructor at the academy. 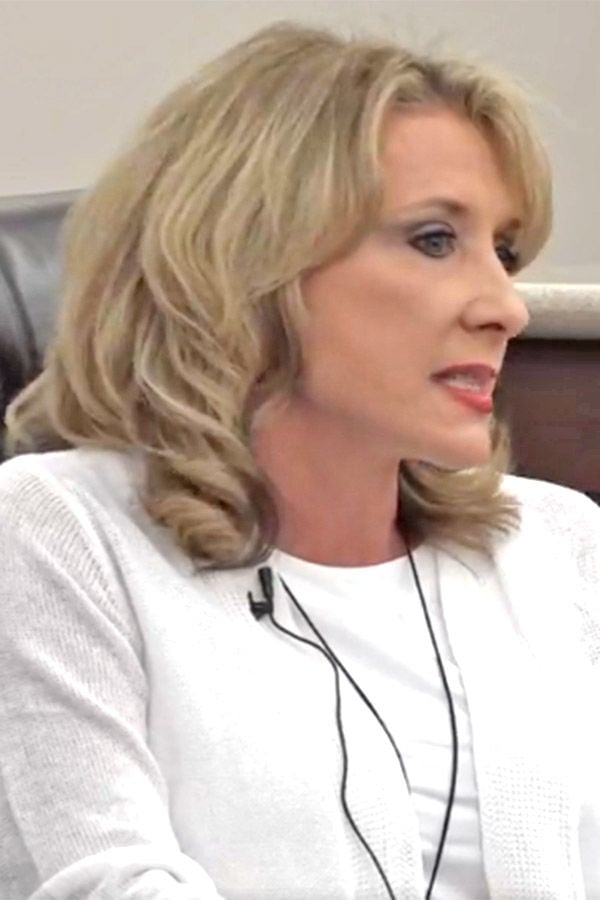 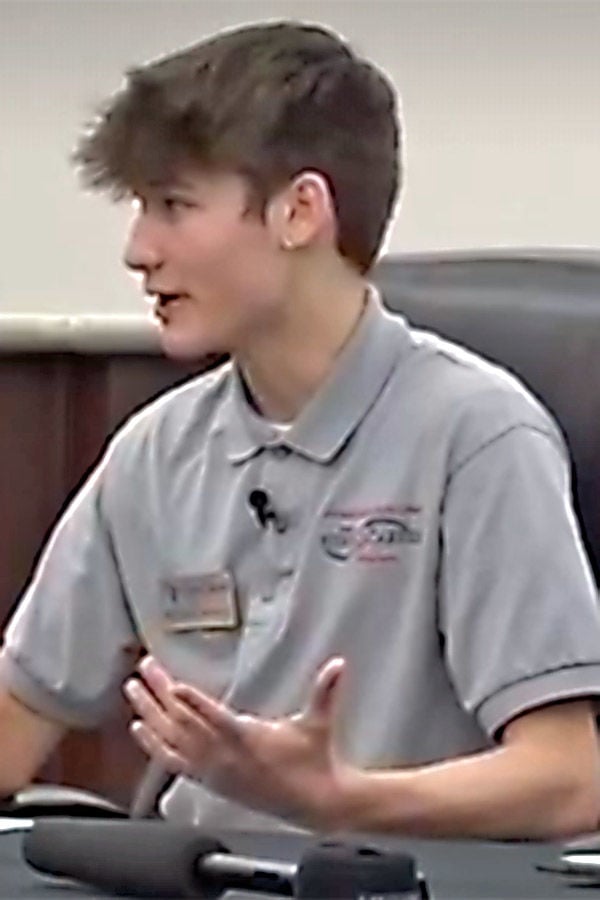 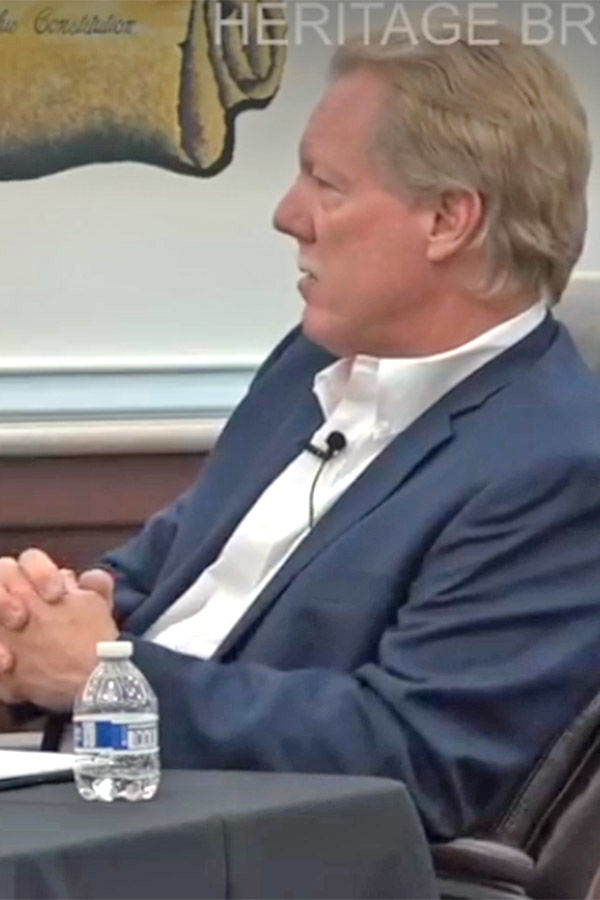 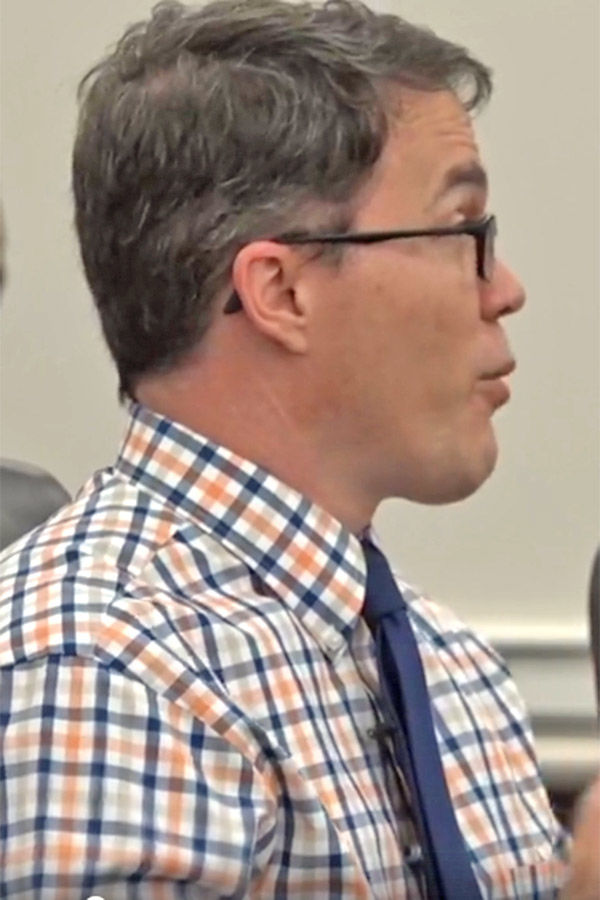 From left: Matt Maynor, principal for HERE to CAREER Academy; Marissa Brower, CEO for the academy; Steven Henry, chairman of the Catoosa County Board of Commissioners; Zaniel Carroll, a member of the first class at the academy; Keith Jones, instructor at the academy.

The COVID-19 outbreak may have brought about an abrupt end to the 2019-20 school year, but for students in Catoosa County’s HERE To CAREER Academy, it was a way to break new ground while anticipating more groundbreaking in the future.

The first year of the academy saw an inaugural class of 16 students made up from all three county high schools. The College and Career Academy (CCA) partnered with Georgia Northwestern Technical College to offer classes on GNTC’s Catoosa campus, while also partnering with area businesses to help students gain the professional skills they need to land high-paying and high-demand jobs after college or even after high school.

Leaders, instructors and even a current student from the CCA participated in a conversation on May 14, {span style=”text-decoration: underline;”}live-streamed on the Catoosa County Government’s Facebook page, to talk about the first year of the academy and to look toward its future.

The first CCA students studied the “pathway” of industrial systems technology, mechatronics and robotics, while other pathways will be added next year. A full list can be found on the academy’s website at cca.catoosa.k12.ga.us.

The academy received two grants during the school year. The first was a $5,000 grant from the Georgia Power Foundation in December 2019. Then in January 2020, following a presentation by the academy students themselves, the HERE to CAREER Academy was awarded a $3 million grant from the Technical College System of Georgia (TCSG).

The grant was one of only two in the state made available by the TCSG.

“We have never had a score as high as Catoosa County’s,” Jenny Williams, director of College and Career Transitions with the TCSG, stated in a news release, adding that the students’ performance during the presentation “sealed the deal” for the grant to be award to the county.

The release went on to say that all 16 students in the Academy’s first mechatronics pathway successfully completed their first semester with all A’s and B’s and that all had earned an industrial electrician certificate from GNTC. The Technical College certificates also came with special cords for the students to wear at graduation.

Matt Maynor, who was recently named the new principal for the HERE to CAREER Academy, said it took more than a year of planning with academy staff, the board of directors, business partners, GNTC and the county school system to make the CCA a reality.

“The (Catoosa County high school) principals got on board (and) they started looking at it,” he explained. “We want to make sure our courses are dual-enrolled, so the students are getting free college education while participating with the CCA. That year of planning really helped to make that happen.

“(Guidance) counselors had to help to get involved with finding the right kids and, with the results we had, I’d say we found the perfect kids. We had a wonderful first year and just seeing the kids and the leadership that they brought forth, I think it just highlights what the next three to four years are going to be like.”

Marissa Brower, who was recently named the CEO for the academy, said an important feature of CCAs are the opportunity for students to do internships in real-world work situations — not just so employers can train their future employees the way they need to be trained for a certain job, but so students can decide for themselves if their course of study is really something they can see themselves doing for the rest of their lives.

“I think it’s important for students to have that opportunity, while they are still in high school, so if they do go into post-secondary education, they have a better idea of what they want to do instead of getting there and saying ‘oops, I made a mistake’,” she explained.

Retired Unum executive Keith Jones, an instructor at the HERE to CAREER Academy, said he was drawn to the opportunity after talking to Catoosa Schools Superintendent Denia Reese and others in the county.

“The first thing I wrote down was that they wanted to build a world-class professional development program,” he began. “So we really were thinking way outside of the box (about) how they can be a differentiator for our students. If they have these technical skills, along with their education, how can we prepare them now to be leaders in this area? What we (have) found in the corporate world is that those who have these leadership skills are just hands above.”

The majority of Jones’ teachings focused on inter-personal, face-to-face skills, as well as tools business leaders need, including how to read a room, verbal and non-verbal communication, perception, generational diversity and emotional intelligence. He added that he was “blown away” by how much the students were able to learn about very complex subjects.

“They just exceeded anything I could have expected,” he said. “The sky’s the limit for these kids. ... I think, really, they took things away, even though it was an abbreviated year, so to speak, that they will (use) for the rest of their lives. We had a great time with it this year.”

High praise for the academy

But perhaps the most glowing recommendation of all came from LFO student Zaniel Carroll, a member of the first class, who called the academy “a blessing.”

“Simply because of all the opportunities and doors that have been opened, how much knowledge I’ve acquired and how much my eyes have really been opened to what’s out there and what I can learn,” he said. “I’ve also created so many memories with my peers and classmates and everybody who’s supporting this program. I’ve seen a lot of new things that I would have never thought I would have seen at this age. Just the exposure that the program gives me is mind-blowing, to really just see all the things that I have learned and that my classmates have learned and to see it applied in the real world.”

Carroll said that through the training at the academy, he’s learned how to really talk to people.

“Personally, I already consider myself an extrovert, so I can talk to people,” he said. “But this was like sanding the wood and just making it fine and rounding it off so I can learn to listen to what the other person is saying and how to respond.”

Carroll said perception was another important professional skill that he’s learned over the past school year and says it his really changed his outlook on life, now that he has learned to look at things from different points of view.

“My perception on life and what I’m doing and how to go about it, changing my perception constantly has really helped me to keep going and to expand and grow as a person.”

He admitted that that the technical skills he learned this past school year have been “pretty hard.”

“You really have to be committed to the work that you’re doing and be motivated,” he added. “But just the support from the teachers and my peers that keep me going and push me have helped me finish my first year and I’ve loved every second.”

Despite coming from different rival high schools in the county, Jones said it didn’t take long for the academy students to gel and support each other as one group, even on Fridays when their might have been a big cross-county showdown on the football field later that night.

“By the time November and December came around, I had no idea who was from which school, which is the way I wanted it to be,” he said. “I was really impressed by the support the students had for each other.”

Brower said that more pathways will be offered next year for students in the academy, all of which include careers which are in high demand in the local area, including cyber security and logistics, distribution and supply chains.

She explained that the academy is designed with “on and off ramps” to allow students to decide whether to continue their career education in college directly after high school or later in the future or to perhaps go into the workforce immediately after graduating from high school.

She also praised the academy’s local business partners for their efforts and the cooperation with the school system to help drive the academy itself.

“For a CCA, these pathways would not be possible and they would not be successful without people who will say ‘yes, I will serve on the advisory committee. I will provide input and help you develop pathways that are going to result in students actually able to fill the jobs we have.’”

She added that the academy is equally as good for business partners so they see how a potential employee will react in the workplace and to give them a first-hand look to see if these students can apply what they have learned in a real-world setting.

The academy will be moving to the Benton Place campus in Ringgold this fall and Brower is hopeful that groundbreaking for the new facility will take place in 2021.

“The school system will be having community meetings in the fall about ESPLOST and to determine our community’s priorities,” she said. “We were definitely very fortunate, moving into our extended (school) closure, that we were prepared with one-to-one technology. We know that it will be a priority to continue that and to make sure we have all the sanitation procedures in place and also to look at the CCA. The CCA will be one of the projects that we present to the community as part of our next ESPLOST.

Maynor said they are excited about seeing more kids come into the program.

“We don’t have a building yet, but we are pushing forward with working with our schools, getting a new list of kids for our different cohorts for the next junior level (for the pathways). It’s going to be pretty tight. Fifteen kids is all GNTC can handle right now and we have more than that really looking to participate. It’s highly competitive, but we’ll continue to expand programs going forward for our students and work with our businesses to meet those needs.”

“I just have fell in love with the program and to see how it’s affected me, I want that for everybody else that comes after me,” Carroll added. “When we build this school, we’re (going to be) offering so much to so many more kids and I want my kids to be able to go there and do what I set the stepping-stones for.”