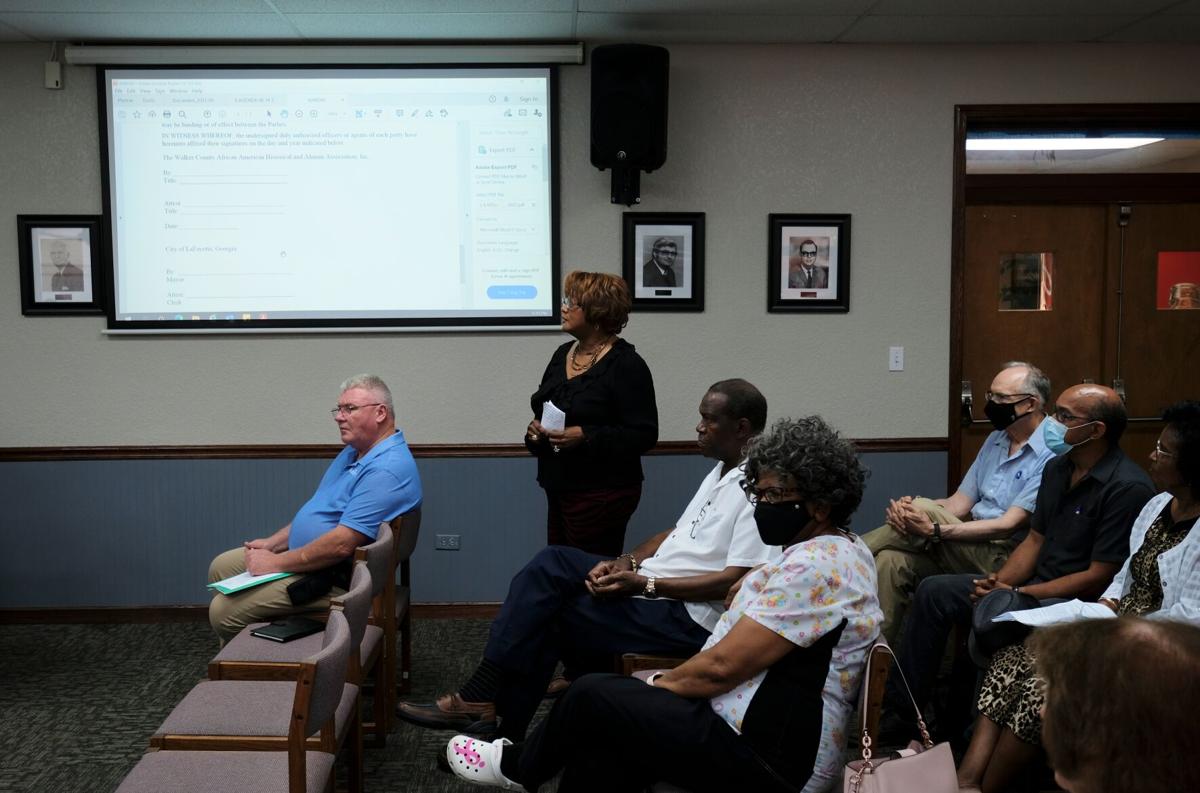 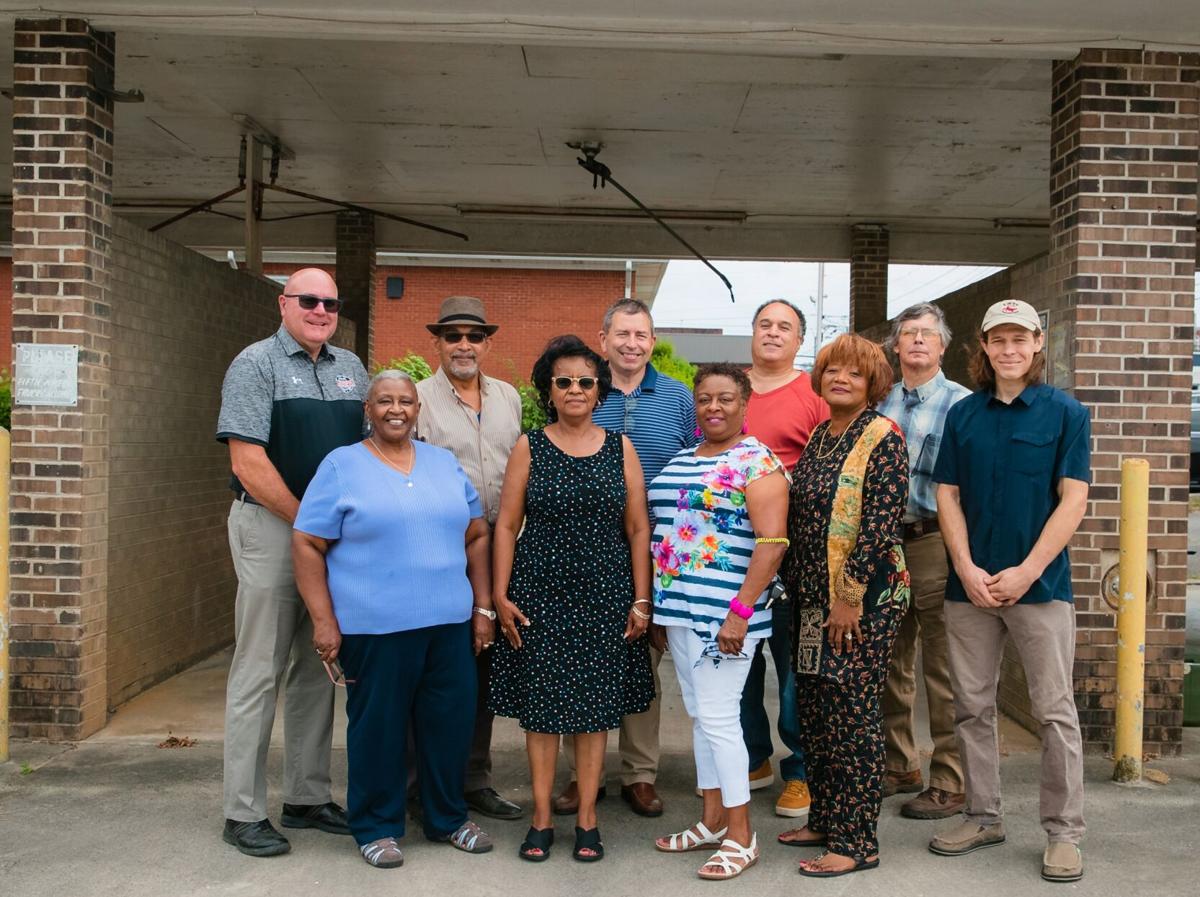 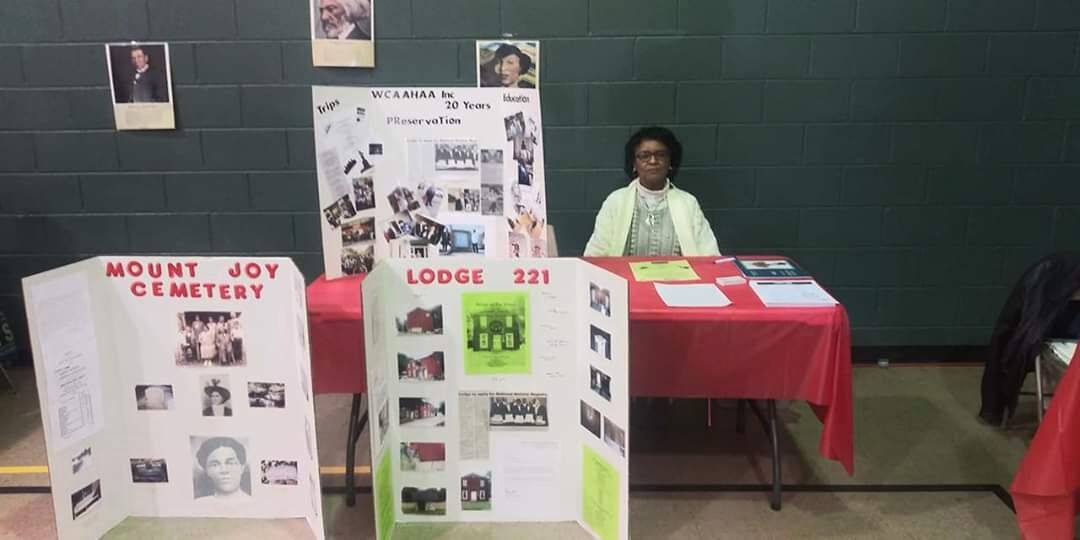 On July 8, 2021, Walker County commissioners approve a resolution for use of the Wardlaw Building as Walker County’s first African American History and Heritage Center. 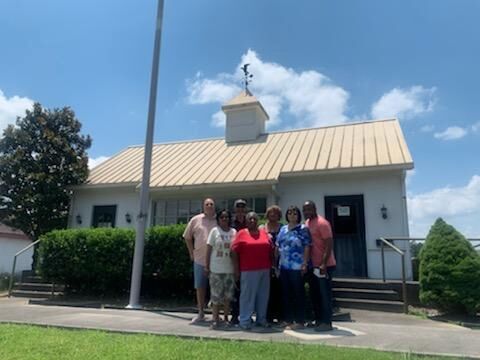 On July 8, 2021, Walker County commissioners approve a resolution for use of the Wardlaw Building as Walker County’s first African American History and Heritage Center.

The organization has grown from a founding membership of six dedicated individuals to approximately 90 paid memberships, two active Facebook pages, book publications and a television show. WCAAHAA is extremely grateful for the community’s support of its mission and vision.

Now WCAAHAA embarks on its greatest challenges. The year 2020 saw many social changes. One of those changes is the realization that in Walker County inclusion is the answer to positive change. During summer 2020, Stacey Suttle, Andrew Gilbert, Eddie Upshaw, Eddie Foster Sr. and Beverly Foster came together and formed the Walker County African American History and Heritage Museum and Memorial Task Force.

They started with WCAAHAA’s traveling exhibit and books on display at the Bank of LaFayette. During a pandemic, folks visited the bank to see the exhibit and books. All the books were sold with monies left in a decorative book on an honor system. The exhibit was a great success.

The task force felt confident that it was time to approach the question of developing a museum and memorial park in the county seat to highlight the African American heritage of Walker County beyond enslavement. The antebellum and Civil War heritage displayed at Walker County’s county seat’s common memorial park areas consisting of the Marsh-Warthen-Clements House, the Chattooga Academy, Joe Stock Park, the LaFayette Presbyterian Church Park and other Confederate memorials are important educational tools for the community as are the Chickamauga Battlefield, John Ross House and Gordon-Lee Mansion.

Those buildings and park display an important heritage for European Americans, Native Americans and African Americans of an antebellum era, as well as great learning opportunities for all Americans. Nevertheless, those memorials highlight a monolithic view of society that present Walker County African Americans’ history as one of only enslavement.

With the support of the Napier Chapel AMEZ Cemetery Task Force; the receiving of support letters from the Walker County Historical Society (WCHS), the Marsh-Warthen-Clements House Board of Trustees and the City of LaFayette; the support of the Northwest Georgia Art Guild for change of management of the Wardlaw Building; and a year of community education and outreach, the proposals were approved.

On June 14, 2021, the City of LaFayette Council — with unanimous yes votes by council persons Wayne Swanson, Judy Meeks, Anthony Underwood, Beacher Garmany and Chris Davis — approved a resolution for the use of parcel number 1039-111 on West Villanow Street (fondly known as the car wash property) for use as an African American History and Memorial Park.

On July 8, 2021, with an unanimous vote received from commissioners Shannon Whitfield, Robert Blakemore, Mark Askew, Brian Hart and Robert Stultz, a resolution for use of the Wardlaw Building, 309 N. Main St., LaFayette (fondly known as the Welcome Center) for use by WCAAHA as Walker County’s first African American History and Heritage Center with all the privileges and advances given to previous and present tenants. Those tenants include the WCHS, the Northwest Georgia Arts Guild, the Marsh-Warthen-Clements House Board of Trustees and the City of LaFayette.

This is a great social, economic and educational leap for Walker County. This will give Walker County additional resources for students and citizens to explore the rich and diverse history that developed the county plus additional venues to attract young tourists and upcoming generations to its county seat.

Walker County is also embracing the multicultural and social acceptance that is presently being displayed by many of its young adults who have never lived in an era of legal enforcement of segregation and disenfranchisement of citizens due to race and other diversities. This is a step toward inclusion while maintaining the antebellum era of education with the addition of 156 years of advancement beyond the antebellum era.

Walker County will be telling the complete story of its 188 years of existence, circa 1833 to 2021. Walker County will be able to highlight its multicultural heritage as does Catoosa County with its 6th Cavalry Museum’s 6888th, all female African American WWII Battalion Exhibit and Catoosa County’s use of its once segregated Wilson African American School as its Ringgold High School’s ROTC building.

Furthermore, there is Dalton’s use of its once segregated African American School, Emery Street, as Dalton’s Center of African History and Culture; and Chattooga County’s Dowdy Park with its highly impressive multicultural Veteran Memorial Park.

However, the task force has the enormous task of designing the park and museum, and raising the needed $200,000 plus.

This museum and park represent all Walker County citizens, and the task force is accepting all positive and constructive suggestions from the community to create a museum and park that Walker County’s citizens are proud of ownership. Completion of this project will take a considerable amount of time.

This project is not a run, but a long walk to excellence. Thus the task force and WCAAHAA are reaching out to the community for African American artifacts (those items used by your father, grandparents, church, school, ancestors, etc.) and stories for display in the museum.

The barbecue and gospel concert fundraisers will be opportunities for the community to come together and assist Walker County in its economic development and beautification of the county seat.

Walker County African American History and Heritage Museum and Memorial Task Force's first fundraiser will be a barbecue hosted by Wardlaw Lucky Eye BBQ on Saturday, Aug. 14, from 10 a.m. until sold out.

A gospel concert fundraiser will be hosted Saturday, Sept. 11.

Each event will be held at Lowell Green Park, 301 Webb Wheeler Road, LaFayette.

A model 'to be proud of': Cupid touts Cobb's rental assistance distribution

Here are Georgia’s 2021 Blue Ribbon Schools. Did your school make the cut?

Griffen puts Vikings on his back with critical sack against Seahawks

Did officials miss a delay of game penalty before Ravens kicker Justin Tucker’s record field goal? Not everyone agrees.