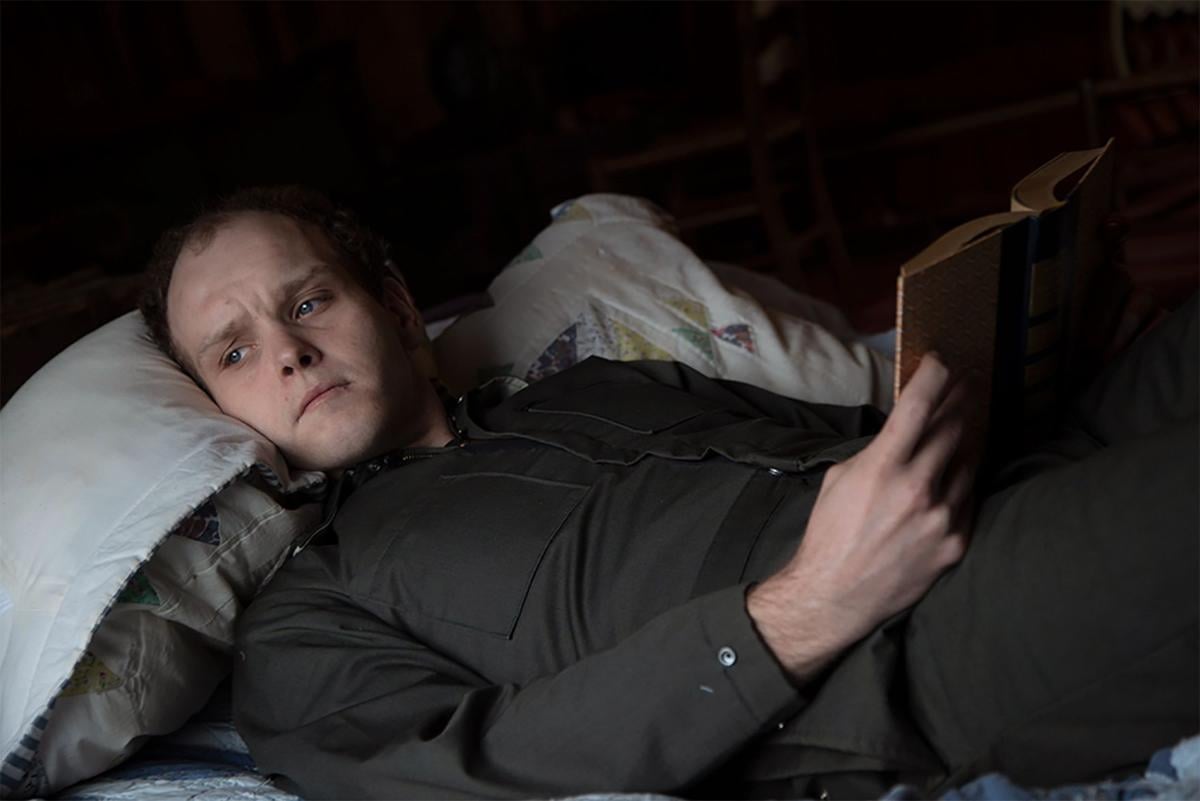 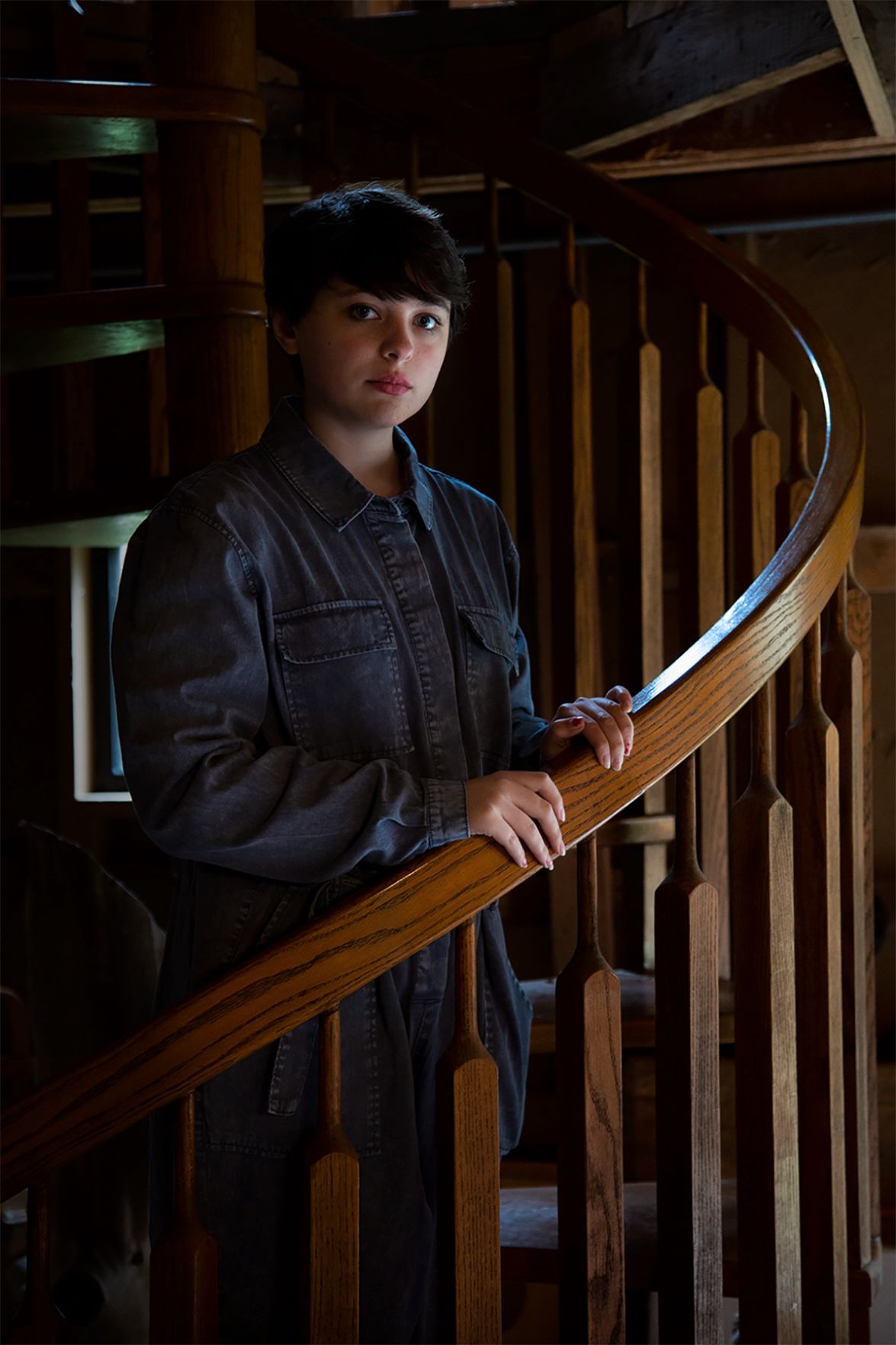 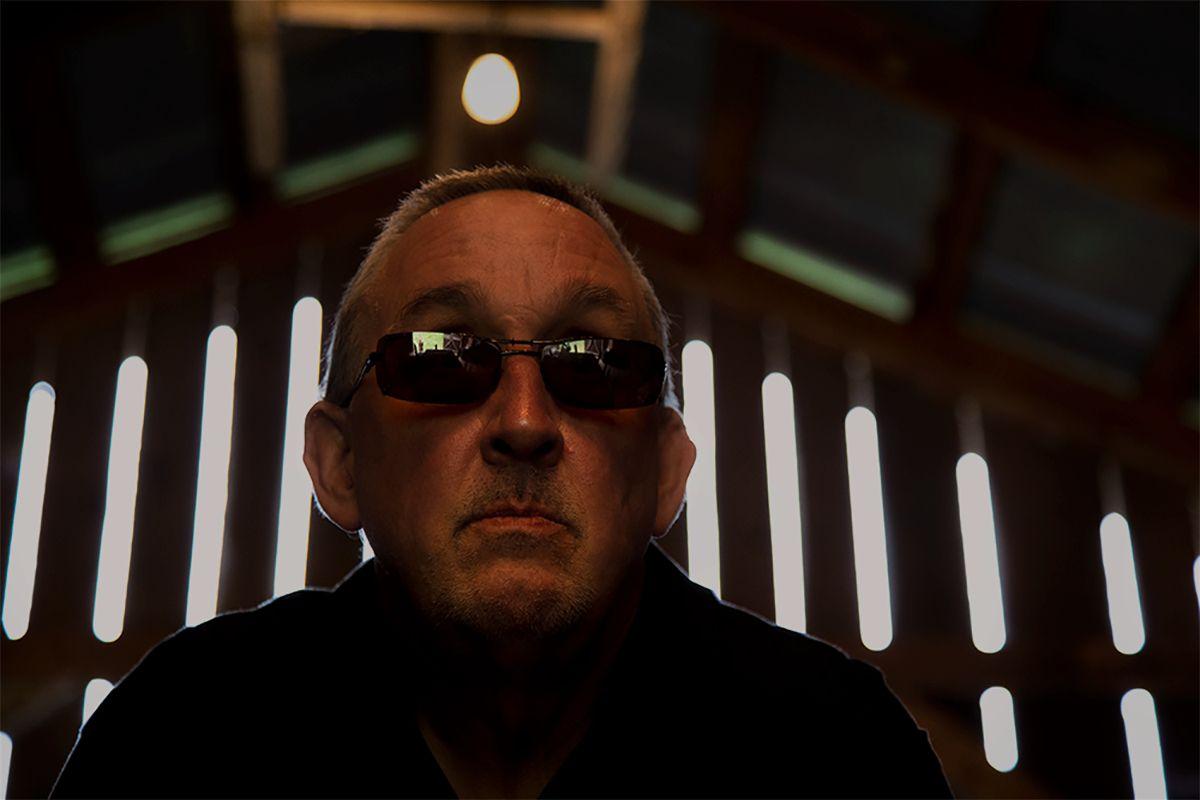 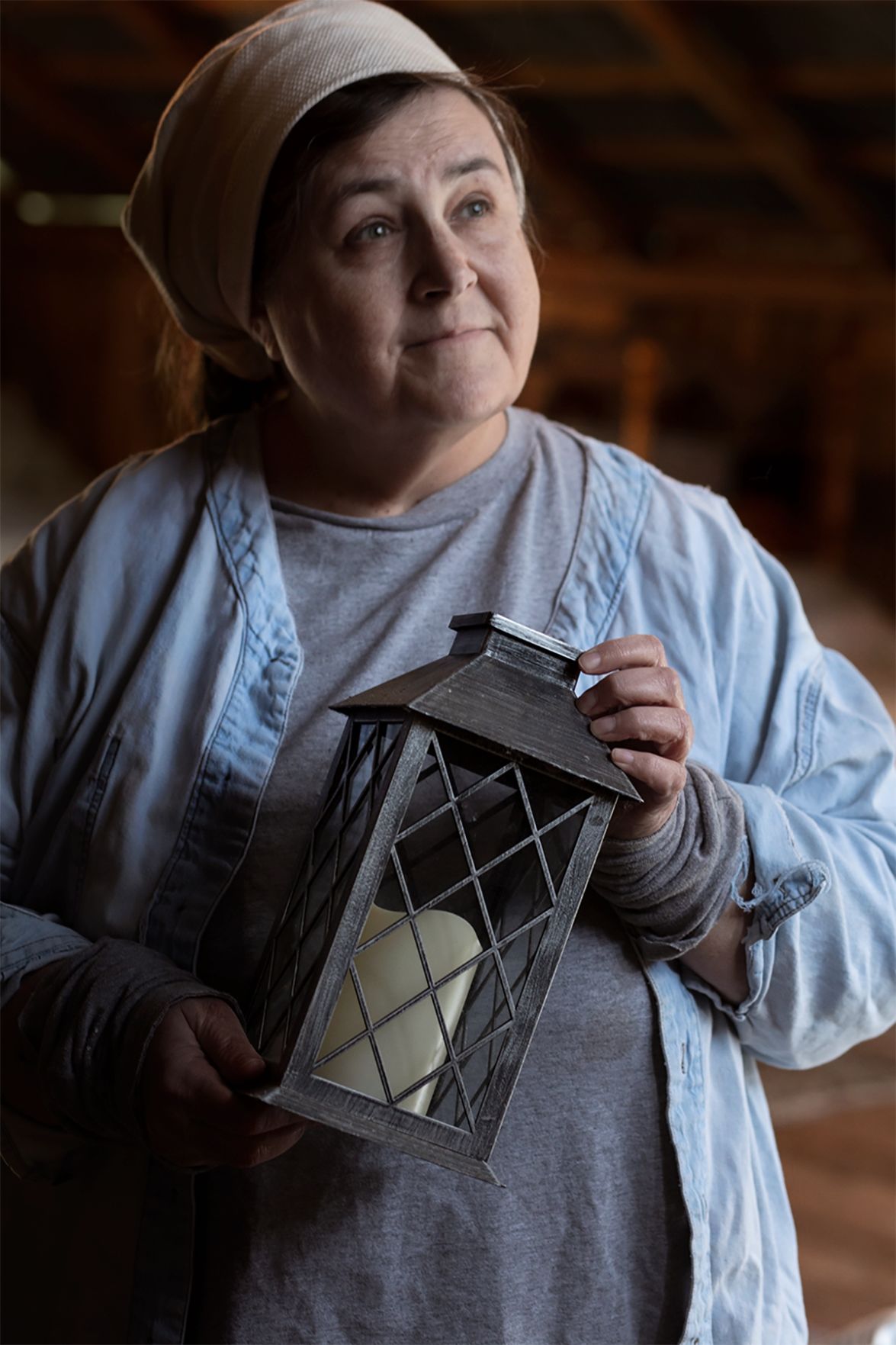 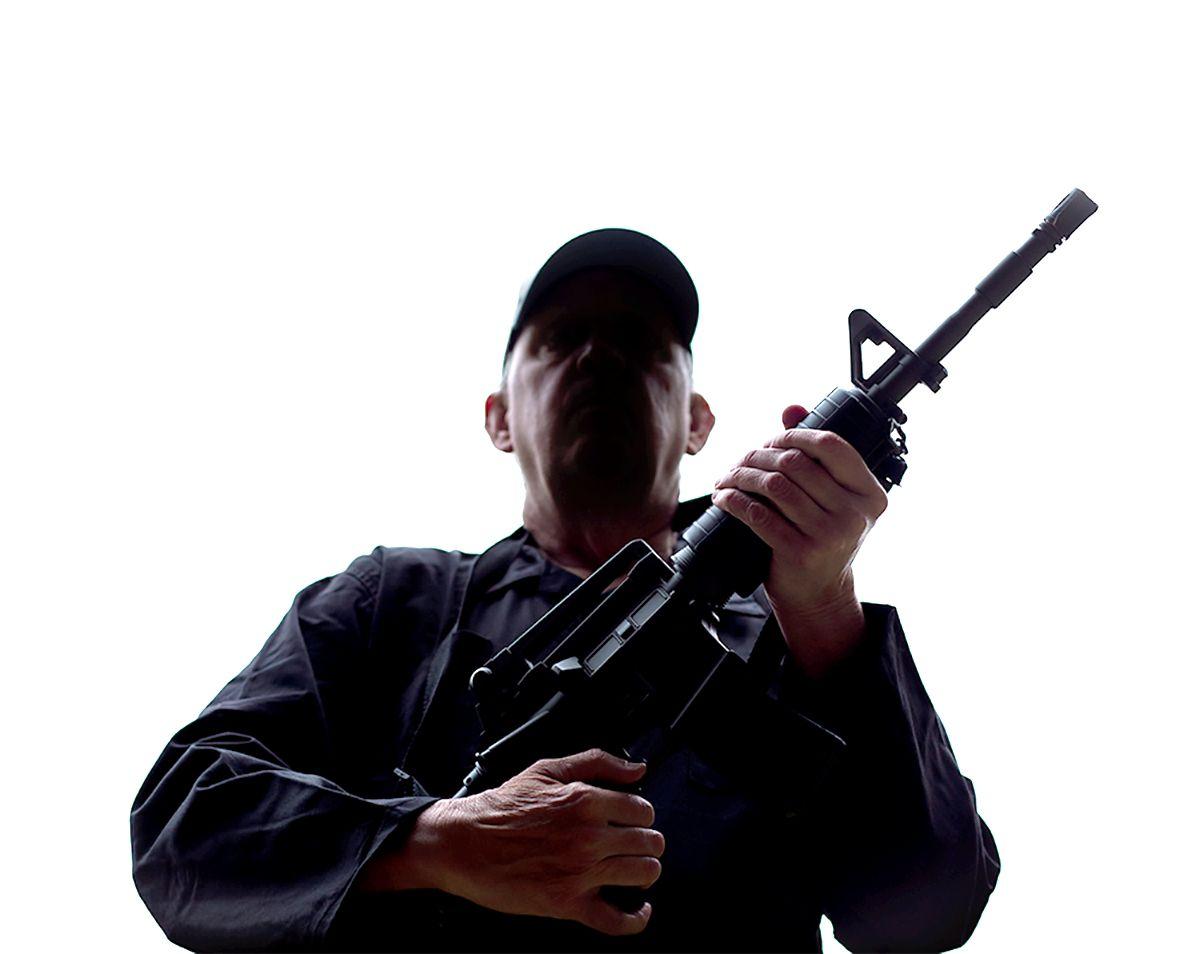 Art Sanner portrays one of the many authoritarian guards that crack down on anyone expressing free thought.

Art Sanner portrays one of the many authoritarian guards that crack down on anyone expressing free thought.

The dystopian drama “1984,” based on the George Orwell book of the same name, will take the stage in March at the Mars Theatre in LaFayette.

In Orwell’s nightmarish world of “1984,” Winston Smith struggles with life in an alternative reality where the authoritarian Big Brother government controls the populace with an ever watchful eye. Free thought is banished and compliance is enforced through mass surveillance.

“Though 1984 is set 36 years ago in an alternate timeline of our own world, many of the themes presented share a shocking resemblance to our modern world,” director Gavin Russell said. “When Orwell conceived of mass surveillance he had no idea how much further we would go in just a few short decades. Our modern context has radically changed the perspective and message of 1984 ever since.”

Defying the national ban on individual thinking, Winston dares to express his own personal thoughts in a diary, and then pursues love with another human named Julia. Both actions are deeply criminal and don’t go unnoticed. Soon Winston must face a choice: either he conforms to the collective or face the dire consequences.

“Winston’s struggle is one I think we can all relate to in the sense that there’s less and less room to be a free individual in the digital age,” Russell said. “Everywhere we go can be tracked, all the pictures we take are shared freely in a mass database we all contribute to, and we have listening devices and cameras around us at all times.”

Additionally, Russell notes, many companies and politicians of all backgrounds all around the world keep massive databases on everyone for advertising and political purposes.

“That alone makes the ideas of 1984 important,” he said. “We’re often willing participants, almost unconscious about the kinds of technology we freely accept into our lives without any debate or skepticism.”

Russell notes that it’s not a far-fetched idea that more and more governments will look like Big Brother as technology advances.

“As time passes the story of 1984 becomes more relevant,” he said. “It’s easy for leaders — even regular people — to buy into a philosophy that: if you’ve got nothing to hide you’ve got nothing to fear. But 1984 warns us that it’s a little more complicated than that, and that buying into mass surveillance is a slippery slope to more authoritarian governments. It’s Google today. Tomorrow? Who knows. The scary thought is that Big Brother governments are not sudden. Big Brother doesn’t simply show up and kill anyone that opposes them. Rather, they start small: re-educating and dehumanizing to cultivate compliance.”

Though there’s no heavy adult content, “1984” does contain some themes that are not intended for younger audience members, including unsettling concepts about authoritarianism and some scenes that might be considered frightening or disturbing.

Performances are weekends from Friday, March 13, to Sunday, March 22, Fridays and Saturdays at 7:30 p.m. and Sundays at 2:30 p.m. Tickets can be purchased online or at the box office 30 minutes before showtime. Seating at the Mars Theatre is first come, first served. The theatre is located at 117 N. Chattanooga Street, LaFayette. Visit https://www.BAPshows.com or call 706-621-2870 for more information.

VIRUS DIARY: A Memorial Day visit, altered but not stopped