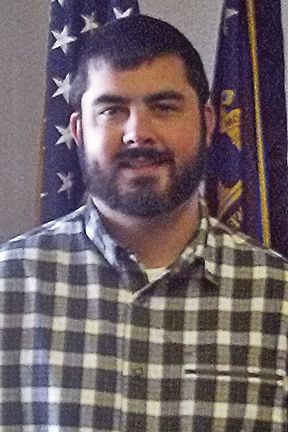 The LaFayette City Council signed a resolution at its June 8 meeting to authorize the city to accept and enter into an agreement with the Georgia Department of Transportation (GDOT) for $30,000 in funding from the CARES Act to be used for work at the Barwick-LaFayette Airport, pending review and approval by the city attorney.

GDOT announced in April that more than $410 million in funds from the Coronavirus Aid, Relief, and Economic Security (CARES) Act would be available for 96 state airports affected by the COVID-19 pandemic, made available by the Federal Aviation Administration, under a portion of the CARES Act intended to support continuing airport operations and provide immediate financial relief for expenses and lost revenue.

The CARES Act was signed into law by President Trump on March 27, 2020, and includes a total of $10 billion in funds to be awarded as economic relief to eligible U.S. airports.

The council also voted to adopt an amendment to a work authorization at the airport concerning repaving of the runways. The amendment will increase the original stated fee by $5,975, bringing the total to $32,125.

The extra cost will pay for a site study by an engineering firm, which will look into the resurfacing and the impacts of possibly shifting the runways 15 feet to the east before resurfacing starts.

GDOT requests that the city pay for the project up front and that it will reimburse 90 percent of the cost.

In other new business, an annual, state-required large water meter calibration was approved. It will be performed by Reed and Shows Meter Solutions of Douglasville and will include testing and calibration, along with any necessary repairs, but the cost will not exceed $14,000. Funding will come out of the compliance account.

The council also approved by an extension request by Talley Construction to continue current relocation work on water and sewer lines on North Main Street. The extension will be for 49 days to cover weather and other delays. There will be no additional cost increase to the city with the extension.

The council and City Manager David Hamilton also discussed some potential ideas for Queen City Lake in order to cater to both lake visitors and those who live near the lake. Among the things mentioned were bathrooms, a floating dock, a kayak launch, signage and other safety items and work to combat beach erosion.

It was also decided that the daily operating hours for lake visitors would stay the same, with the exception of tournaments at night, which would require a permit.

The next council meeting will take place on July 16. The date was moved as July 13 conflicted with a Municipal Electric Authority of Georgia (MEAG) meeting that day.

Mayor Andy Arnold requested that the city appoint a new alternate voting delegate for the MEAG Power’s annual election. Council member Chris Davis was then appointed as the delegate.

Arnold also re-appointed Marty Hegwood and Mary Beth Dykes to the LaFayette-Walker County Public Library Board of Trustees. Their new term will begin July 1, 2020 and continue through June 30, 2023.

All motions at the meeting passed by 4-0 votes. Council member Joe Massingill was absent.

Key takeaways from the first presidential debate between Trump and Biden

Hall, Franklin to face each other in runoff to succeed Rep. John Lewis in Georgia's 5th Congressional District

Debate veers from 'How you doing?' to 'Will you shut up?'