This September 2019 file photo shows the proposed site in Catoosa County that Healthy Foundations previously considered for its center. On Lake Road in Tunnel Hill, it is less than two miles from Tiger Creek Elementary School. Healthy Foundations now plans to build its facility on a 374-acre property on South Burnt Mill Road in LaFayette. 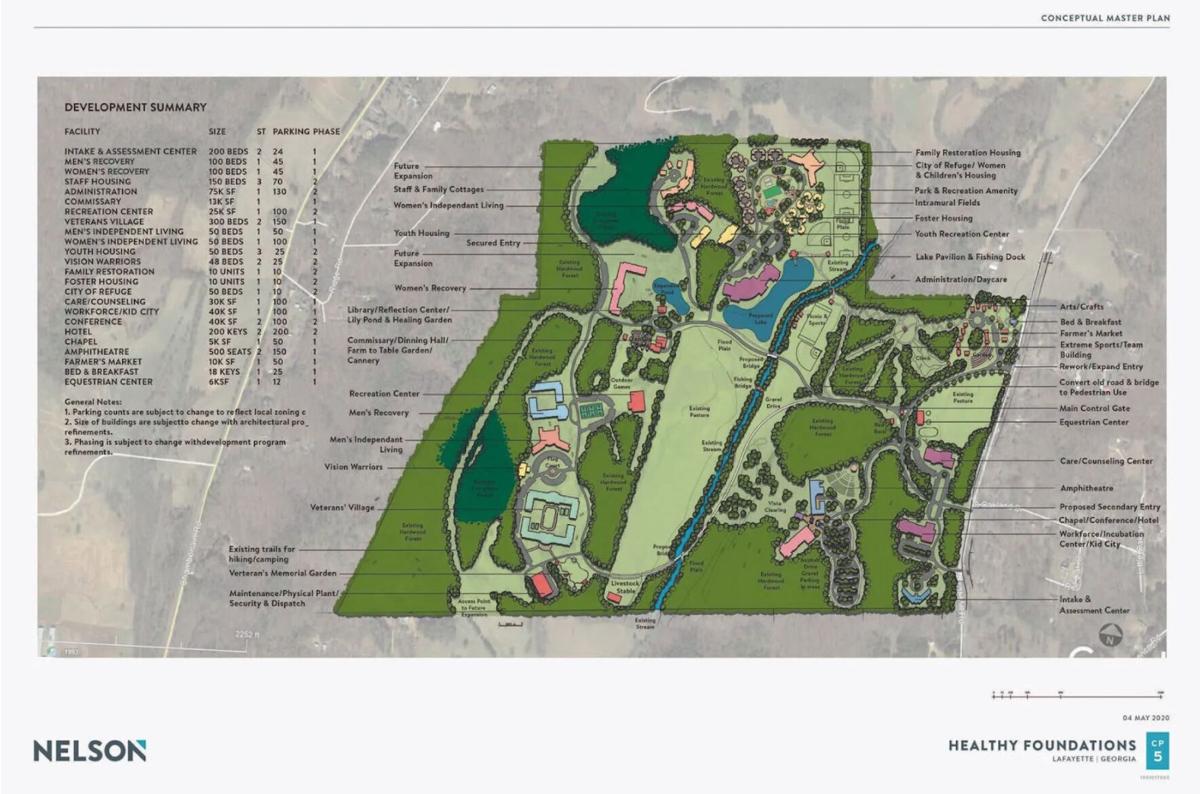 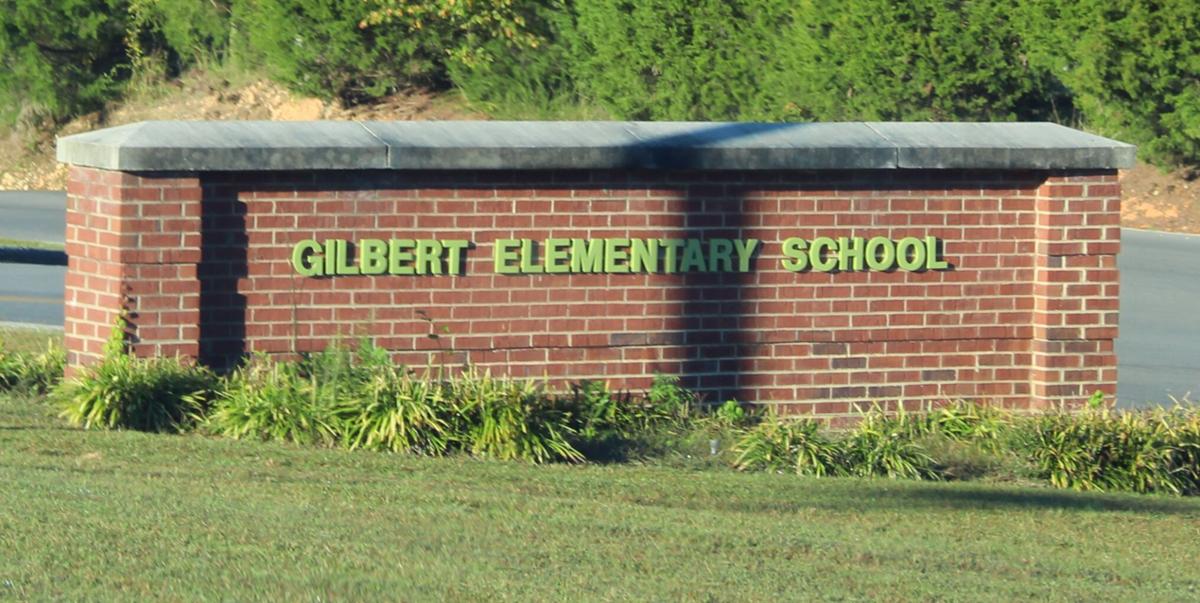 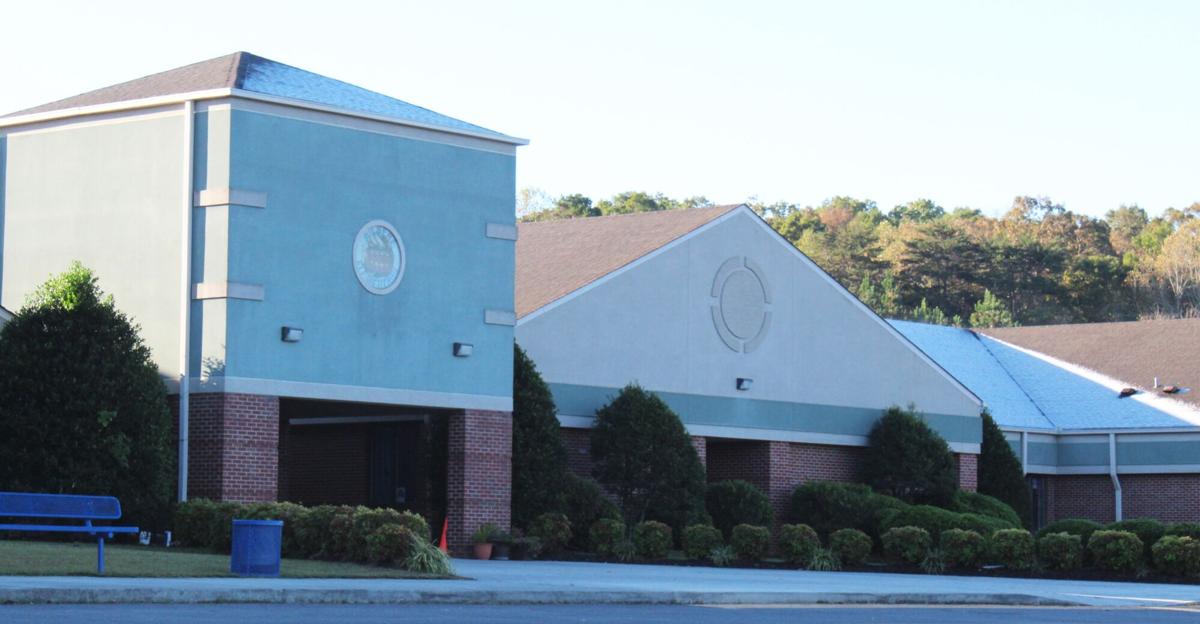 Some Walker County residents have said they are concerned about Gilbert Elementary School’s proximity to the proposed Healthy Foundations facility. 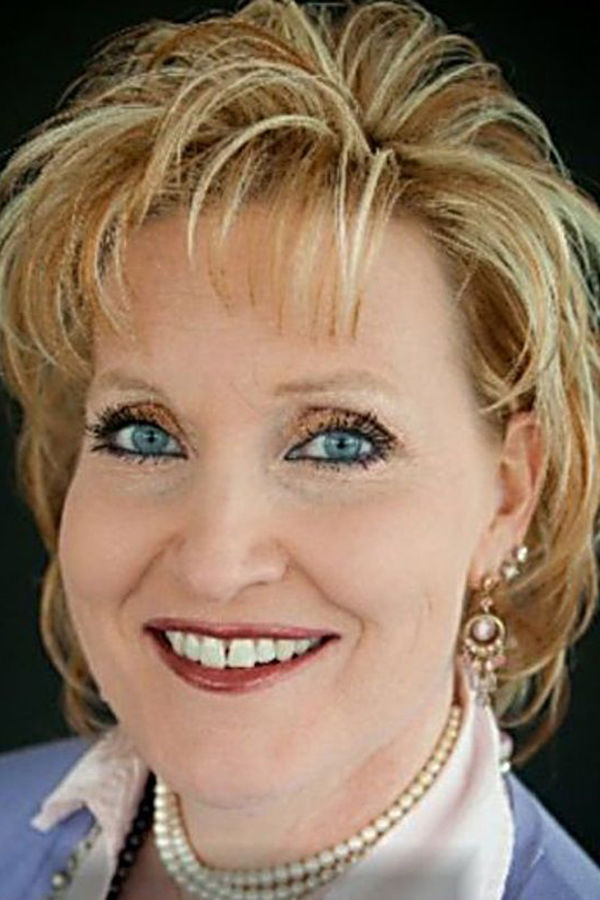 This September 2019 file photo shows the proposed site in Catoosa County that Healthy Foundations previously considered for its center. On Lake Road in Tunnel Hill, it is less than two miles from Tiger Creek Elementary School. Healthy Foundations now plans to build its facility on a 374-acre property on South Burnt Mill Road in LaFayette.

Some Walker County residents have said they are concerned about Gilbert Elementary School’s proximity to the proposed Healthy Foundations facility.

A controversial collective health care initiative’s plans to build near Gilbert Elementary School in LaFayette will be the subject of a forum Wednesday, Oct. 21, at 5:30 p.m. at the Walker County Civic Center.

“Our primary goal is to uplift struggling individuals and families from the shadows of crisis by meeting their health and social needs in our own community of Northwest Georgia,” DeLaine Hunter, founder and CEO of North Georgia Healthcare Center, stated in a news release about Healthy Foundations.

Healthy Foundations officials describe it as a tax-exempt, nonprofit organization as an initiative of North Georgia Healthcare Center to meet the integrated primary health, behavioral health and social needs of Walker, Catoosa, Chattooga and Dade counties by providing counseling for behavioral health issues including depression, ADHD and PTSD.

The organization is hosting the informational meeting.

The news release said the facility will offer “affordable healthcare and housing for veterans, youth aging out of foster care, and families and individuals in need of assistance. The front part of the planned campus will be open to the public and will have an artisan village, equestrian center, amphitheater, conference center and farmer’s market meant to prepare residents for jobs off campus. It will also provide daycare and cognitive development in ‘Kid City.’“

Healthy Foundations plans to establish smaller satellite locations in each of the counties served that do not need the comprehensive services provided at the main facility.

The facility, after a phased opening over four years, will employ a staff of 250, ranging from counselors and physicians to facilities maintenance and childcare staff, the news release explained. The facility will have roughly 950 beds for those it serves, as well as 150 for staff.

An inaugural event and dedication ceremony is proposed for spring 2021.

“From our research, we know that Walker County has individuals who would be perfect partners as employees,” Healthy Foundations President Terry Tucker stated in the news release. “Walker County is a caring community with businesses and individuals who are dedicated to making sure this is a healthy place to live, work and play. It’s this commitment that makes LaFayette and Walker County a great location for the work ahead.”

“We do not have much information on this proposal so far; we have a meeting on Monday (Oct. 19) to discuss the plan and potential impacts,” Walker County Schools Superintendent Damon Raines said.

Last year Healthy Foundations withdrew a rezoning request for a proposed location in Tunnel Hill in Catoosa County before the zoning board hearing. That proposed location met opposition from Catoosa residents.

“I would just ask that everyone look at the full proposal, which includes housing and services for hundreds of veterans and a low-income healthcare clinic, before passing judgment,” Walker County Sole Commissioner Shannon Whitfield said. “From all indications, the Healthy Foundations campus is quite an amazing project that will benefit a lot of folks in Walker County.”

On the Our Walker County Facebook group’s page, Elliot Pierce characterized the facility as a positive opportunity to transform and to save lives.

Walker County, at nearly 70,000 residents, is still a small, interdependent community that has pulled together to face adversities like COVID-19 and tornadoes, he explained.

“Our greatest challenge, drug addiction and substance abuse, is one not easily recognized, admitted or addressed,” he continued. “But make no mistake, the effects are greater than any other challenge we have.

“We have an opportunity in front of us to meet that challenge,” he wrote.

“What’s more, the data shows that’s there are a startling number of registered sex offenders, several of them rated level 2 (34% chance of committing a sex crime again) and a few rated as dangerous sexual predator (65% chance to commit a sex crime again) all living and working anywhere from half a mile to within five miles of Gilbert Elementary,” he posted.

His comments generated support and opposition from other Facebook users.

Machelle Antionette VanValkenburg’s post urged allowing substance abusers to receive treatment, veterans to receive PTSD treatment, displaced families get help and women running from abusive relationships to get help. She wrote that she didn’t initially like the idea of the facility being close to a school, but she didn’t think it would be the problem people fear it could be.

“Our people in this town need help! Let’s help them,” VanValkenburg concluded.

Healthy Foundations presents “a great opportunity to improve the well-being of our community, increase workforce opportunities and showcase what Walker County and Northwest Georgia have to offer” at the state and national level, State Sen. Jeff Mullis is quoted in a statement on the organization’s website, https://healthyfoundationsinc.org.

Allison McKenzie, in a post on Our Walker County Facebook group’s page, wrote, “I’m not saying it’s a bad idea or that they don’t need help or that we don’t need a facility like this in our area. It would be a lot of jobs and bring in a lot of revenue. What I AM saying is PUT IT SOMEWHERE ELSE. Walker is a big county and 3,300 feet from an elementary school and residential area is a really bad idea.”

In Ali LeCroy’s petition on change.org, she asserts that Whitfield hosted a luncheon recently with city and county officials and others to “‘sell them’ on a drug rehab facility that wants to open in LaFayette.” She also stated, “I feel as if he was trying to ‘make it okay’ before anyone found out about it already being under contract. Pretty sneaky.”

Healthy Foundations hosted a meeting of about 115 people, including local officials and community leaders, Aug. 25 at the Walker County Civic Center to discuss their vision for a collective integrated healthcare campus, Joe Legge, Walker County public relations director, said. Healthy Foundations covered the expenses associated with the lunch meeting, while Whitfield assisted with organizing the guest list and acting as the meeting’s emcee.

LeCroy, who said she is the mother of two Gilbert Elementary students, expanded on her concerns on her personal Facebook page, posting her sympathies for addicts and those who care about them and acknowledging the need for treatment facilities. Her concerns are more about the facility’s location than the facility, she wrote.

Zen Hendricks posted concerns about the schoolchildren and fourth- and fifth-generation farmers on neighboring properties, increased traffic on Highway 193 and South Burnt Mill Road, and how much tax revenue it will generate.

“Most people entering our campus for housing, training and other programs will not be coming because of mental health concerns,” Tucker stated in the news release. “There are certainly places to treat people experiencing these specific challenges, but Healthy Foundations doesn’t perform those services. We are not a mental health facility and will refer those individuals appropriately.

“Anyone coming to our campus will undergo an assessment to determine if we are able to serve them and meet their needs,” Tucker said. “Unfortunately, we will have to turn some applicants away as we have guidelines of who fits our program.”

Tucker said the facility will not admit sex offenders or violent criminals.

“We want to ensure the safety of the individuals and families on our campus as we serve our neighbors in northwest Georgia. We are not a dedicated drug or substance abuse rehabilitation center,” Tucker stated in the news release. “There are some wonderful centers that provide those programs and as we determine that some of these individuals are experiencing this type of challenge, we will refer them to the appropriate place where they can receive the care they need.”

Less than 15% of campus space is designed for servicing substance use disorders and behavioral health counseling, according to the Healthy Foundations website.

According to the Healthy Foundations news release, the property’s front entrance is located about one mile from the school, and the closest living unit on the property will be located another mile away.

“Healthy Foundations will be funded by private individuals, federal and state agencies, private foundations, corporate partners, individual donors and capital campaigns. The operating expenses will generally be funded by fee-for-service insurance reimbursements, state and federal government contracts, and earned revenue opportunities offered by on-campus conferences, events, dining facilities, etc.,” according to Healthy Foundations, and “No county tax dollars will be used for the project.”

The sale of privately-owned property between two non-governmental entities, with the property already zoned appropriately for the new proposed use, does not require public hearing or public notice.

“Healthy Foundations will also deploy a high level of security technology to make sure the campus and those they serve are monitored in real time,” the news release stated. “In addition to their private security team, Healthy Foundations has partnered with Genetec Cyber Security, an international leader in security systems who will know where each individual is 24/7 and that they remain in various zones to participate in programming.

“They will also use tag readers and facial recognition technology connected to state databases to screen everyone who comes to the campus. This is the same type of tracking technology currently used by the City of Atlanta and Clemson University.”

Healthy Foundations lists the City of Refuge Atlanta, House of Cherith and Georgia Division of Family and Children’s Services among its campus partners.

“Since Healthy Foundations already owns the property and the existing zoning fits with their development plans, no government meetings are required,” Whitfield explained. “However, Healthy Foundations is hosting public informational sessions to share their vision with the community.”

The zoning of the Walker County property, which is A1 (agricultural), does not present the obstacles to the project that the zoning of the site considered in Catoosa County last year did.

Hunter said the decision to withdraw the zoning request for the Tunnel Hill property resulted from some confusion about a state law that would have dragged out the rezoning process. She said there was also a problem with an easement the group would need.

An applicable segment of Georgia code states that a substance abuse facility that is residential in nature must hold a public hearing and run a notice in the local newspaper at least six months before the rezoning issue is heard by the county Board of Commissioners.

“We were unaware of that requirement,” Hunter explained at that time, “and had to decide if we should move forward from there and be at a standstill for six months or if we should use that time to take a closer look at all our options.”

Hunter said that in spite of the town hall meetings where the uproar became serious enough that Catoosa County Sheriff Gary Sisk had to intervene, the group received some good questions it planned to answer on the Healthy Foundations website, as well as some words of encouragement.

Reporter Tamara Wolk contributed to this article. Catherine Edgemon is assistant editor for the Walker County Messenger in LaFayette, Ga., and the Catoosa County News in Ringgold, Ga.

Swiss slopes buzz as those of neighbors sit idle in pandemic

Is Georgia a swing state? Groups spend millions to find out

COVID-19 relief: What's on the table as Congress seeks deal