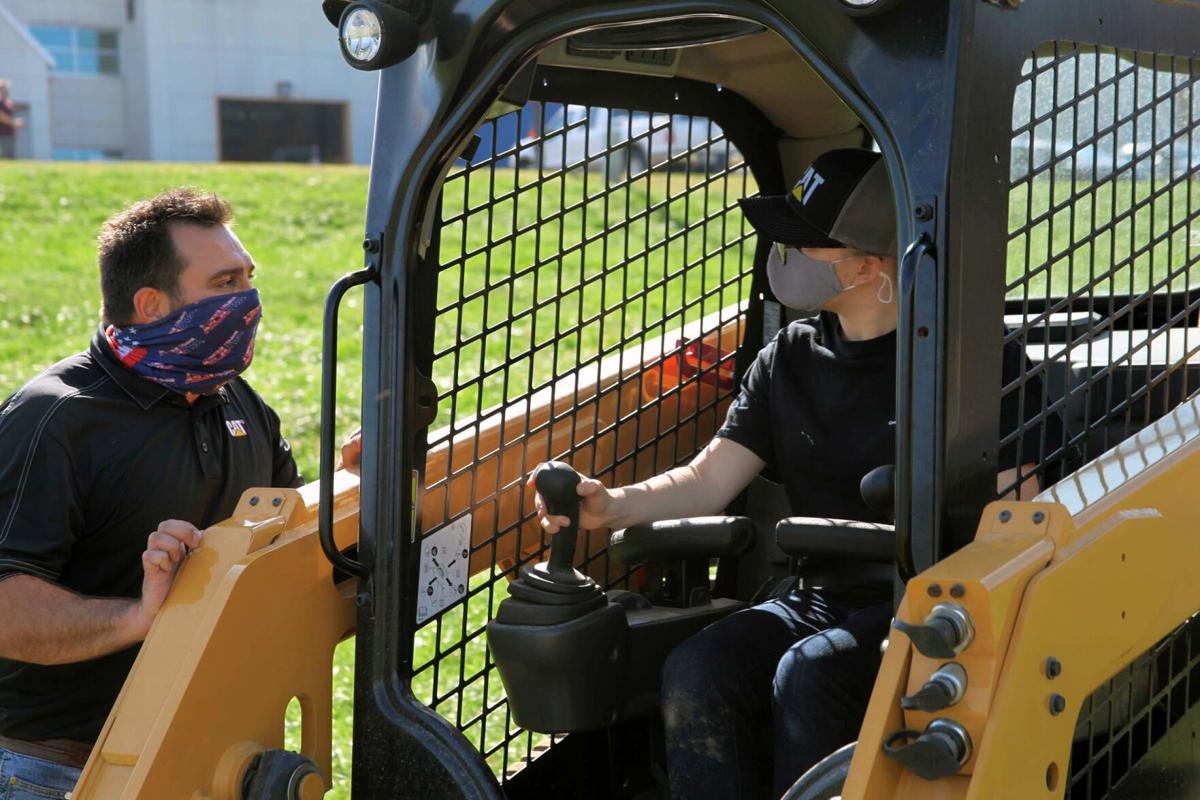 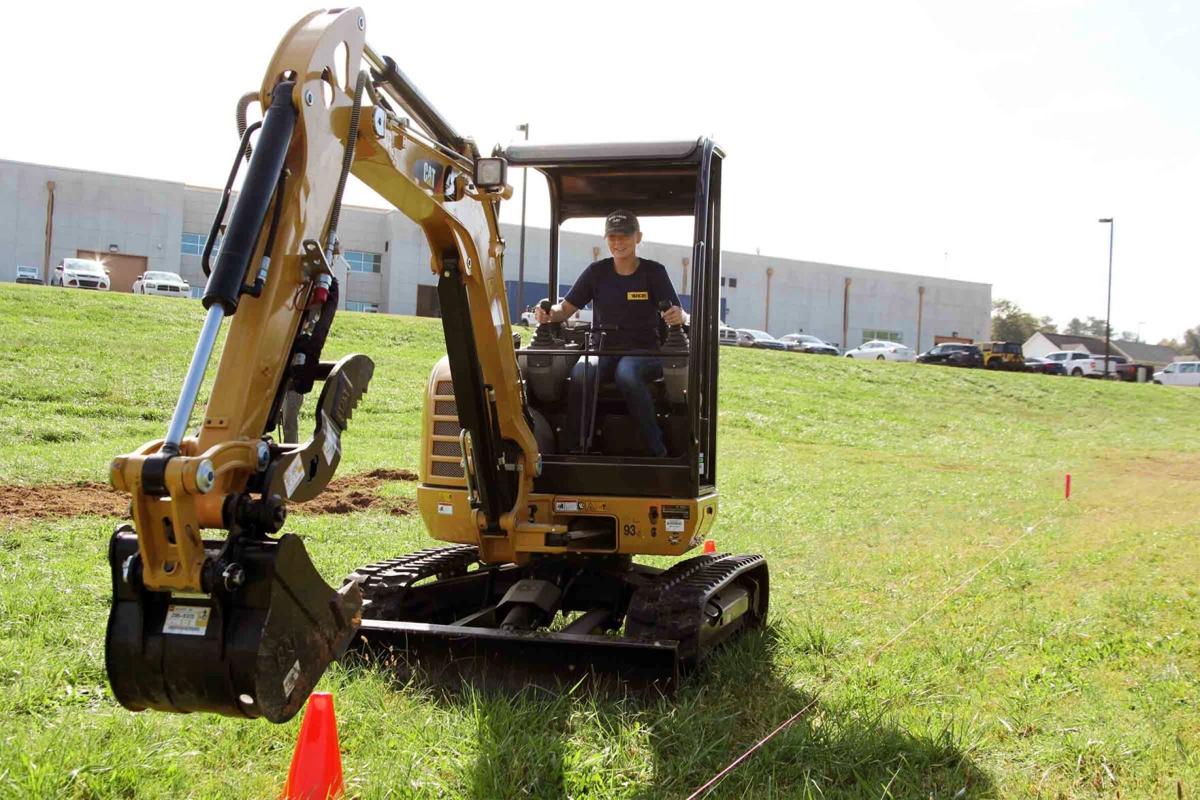 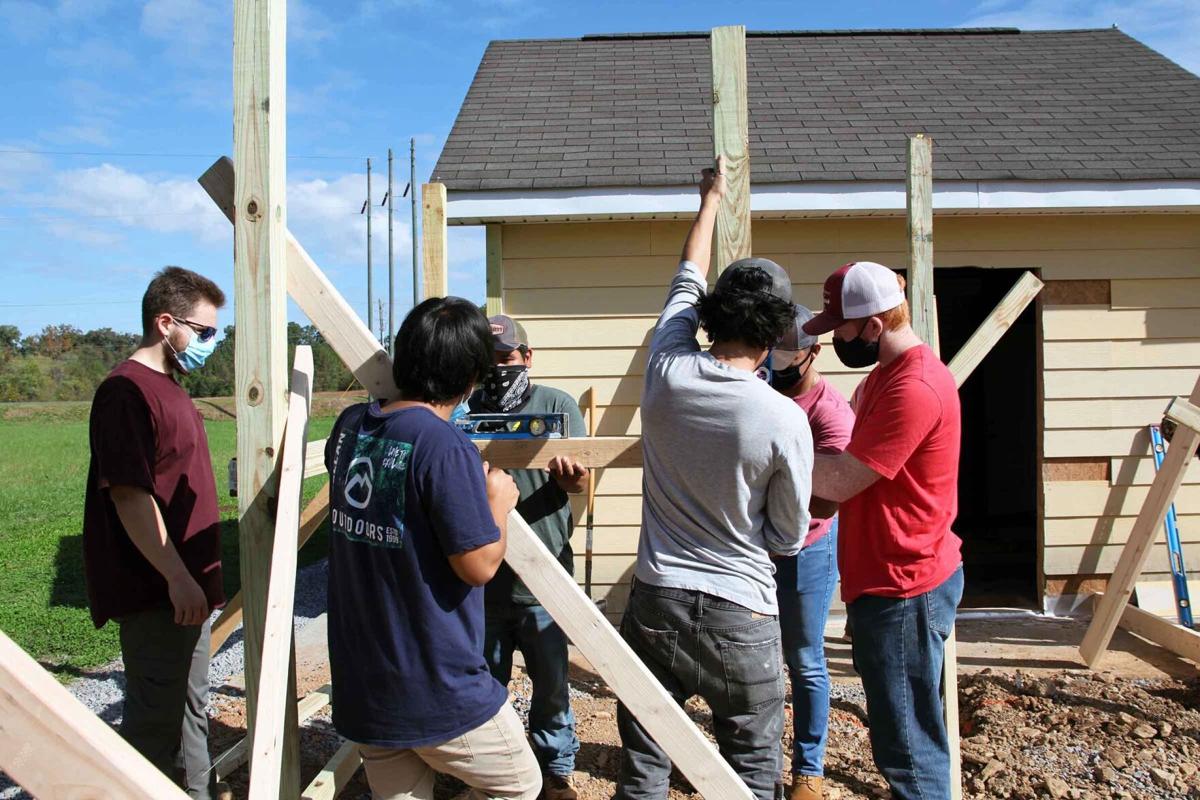 Groups of GNTC Construction Management students work on leveling a section of fence they are constructing on the Gordon County Campus. 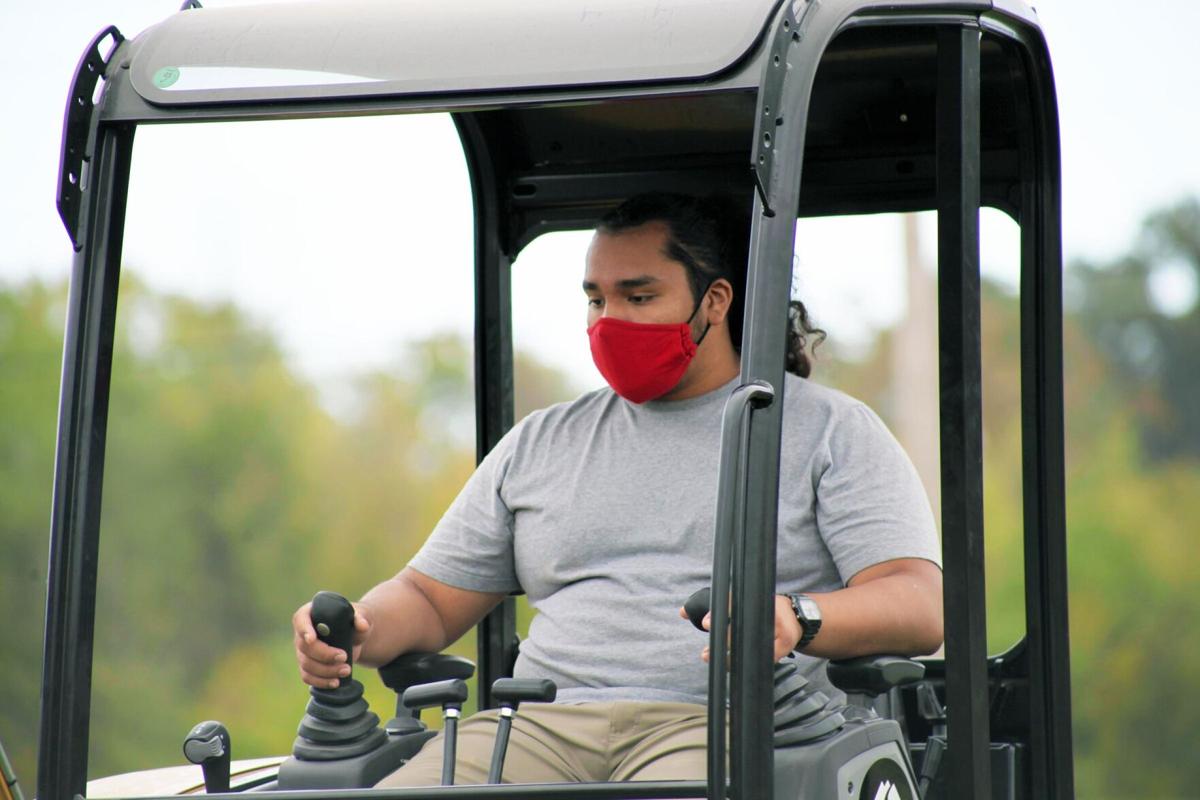 Groups of GNTC Construction Management students work on leveling a section of fence they are constructing on the Gordon County Campus.

“This control takes you forwards, backwards, side to side and this lifts the bucket,” he told Hendrix. “I want you to practice by driving across the field and around the traffic cone.”

Across from the skid-steer loader, Jessica Heifner, another Construction Management student, was receiving instruction from Yancey Certified Driving Instructor Matt Hyde. Heifner was in an excavator working on lifting a small object from a traffic cone using the machine’s bucket.

Part of an outdoor training day Donny Holmes, Construction Management program director and instructor, put together, students rotated between driving the heavy machinery and working on an outdoor construction project. Holmes and his students were working behind GNTC’s Gordon County Campus (GCC) where they were building additions to a former maintenance building.

“We were asked by the Basic Law Enforcement (BLE) program to build an eight-foot privacy fence around the back of the building with a large enough backyard area for them to do drills,” said Holmes. “This will also be used by the Calhoun Police Department.”

Construction Management students were out in the field on the GCC campus for two days working on maneuvering the large construction equipment and constructing the privacy fence for BLE. Holmes said he visited a similar structure at the Gordon County Sheriff’s Office and took measurements in order to replicate the fence at GNTC.

“I showed my students the measurements and together we were able to come up with a Computer-Aided Design (CAD) drawing, marked off the area for column locations and will be pouring concrete slabs for the front and back entrances.”

Holmes coordinated the heavy equipment training with representatives from Yancey, who agreed to show his students the basics of the new construction equipment. This is something Yancey and GNTC’s Construction Management program had been planning for a while, Walden added.

The Yancey representatives designed exercises for the students driving the skid and the excavator that helped them get used to the controls. The training was developed by Hyde who had the students participate in an activity that trained them how to gently lift objects and move them a long distance across a field without dropping them.

“It is a different twist on the spoon and egg race,” said Walden.

Holmes said he wants to give his students as much hands-on experience as possible and is always enthusiastic to provide them those opportunities. “I want them to be able to walk onto a job site and be able to get right to work,” he said.

“The students seem to really be having a good time,” Walden said. “I think this is such a good thing to be teaching them.”

Headquartered in Austell, Ga., Yancey Bros. Co. is recognized as the nation’s oldest Caterpillar dealer, celebrating its centennial anniversary in 2014. Family-owned and -operated for over 100 years, Yancey offers Caterpillar, Weiler, Metso, Blue Bird, AutoCar plus many other products, parts and services across the state of Georgia. Their team of committed employees strives to deliver unmatched customer service through 28 facilities in 20 Georgia communities.

US jobless claims rise to 778,000 as pandemic worsens