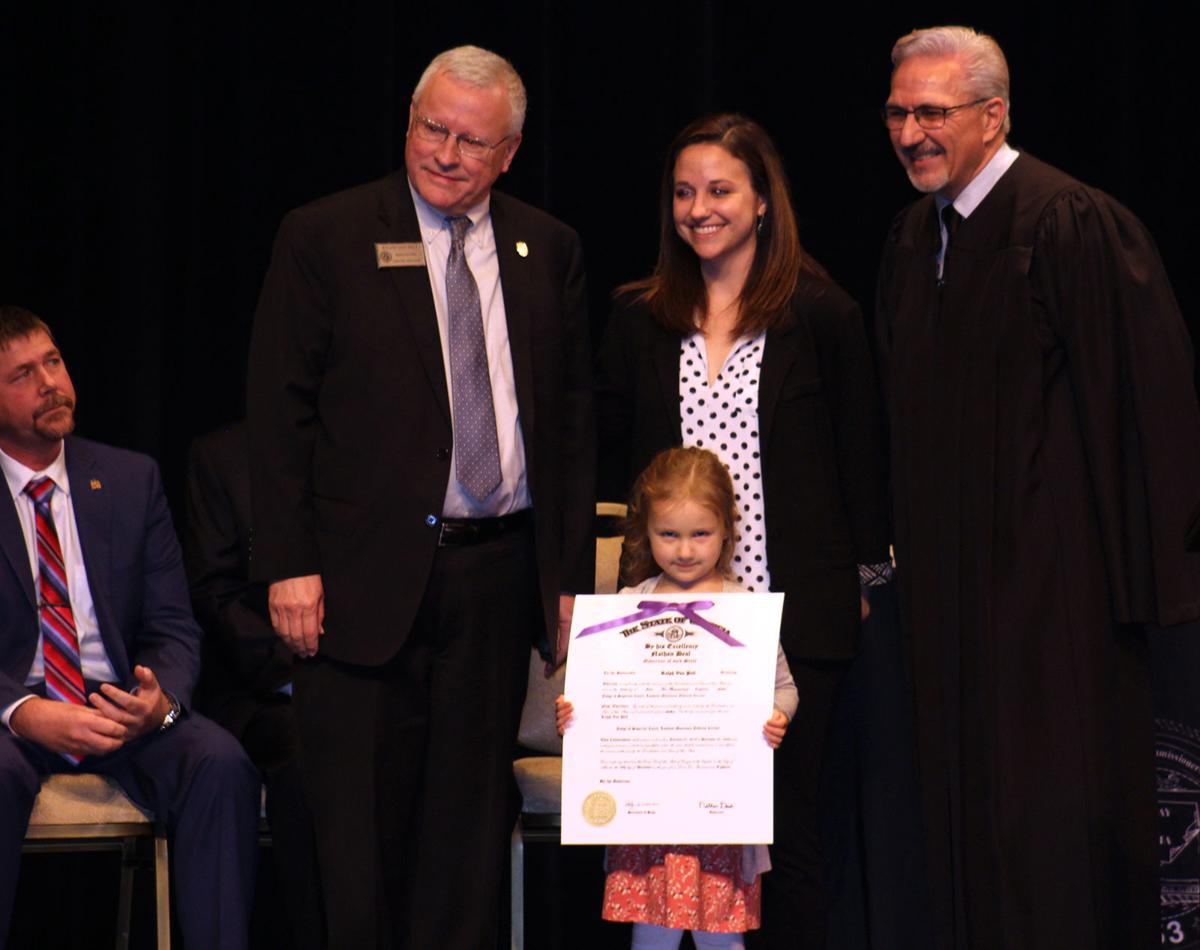 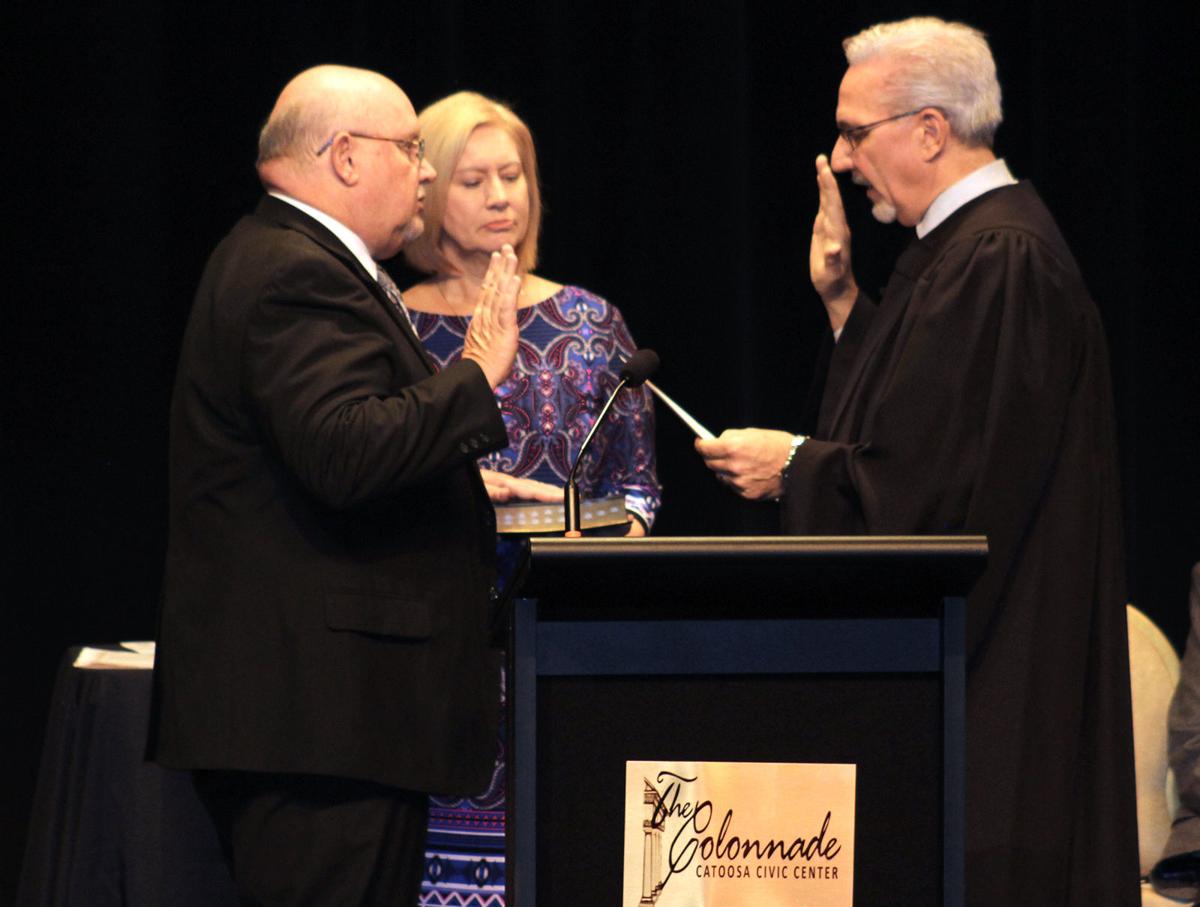 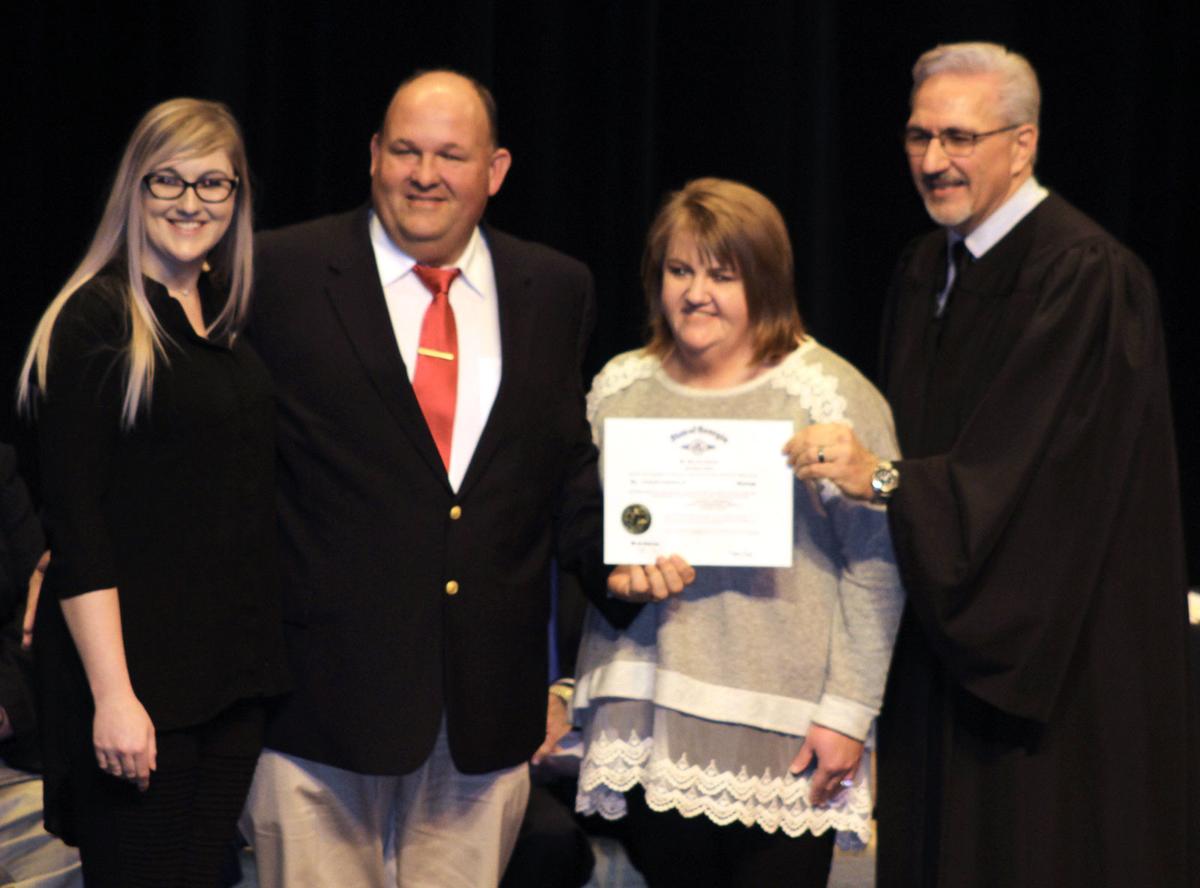 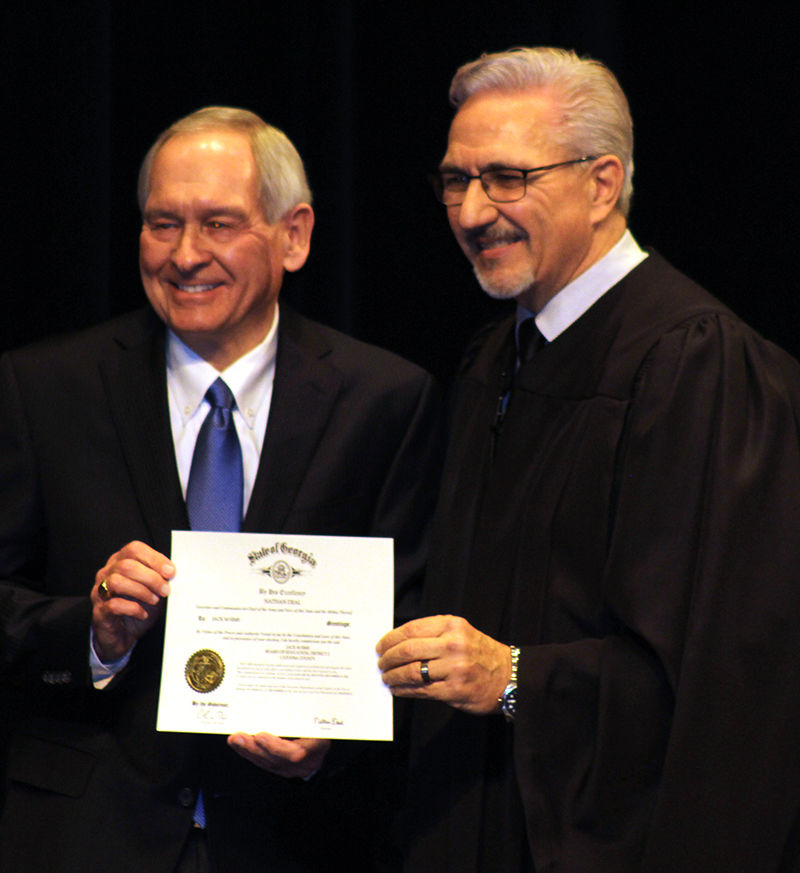 Board of Education member Jack Sims (left) stands alongside Probate Judge Jeff Hullender after being sworn into office. / Adam Cook 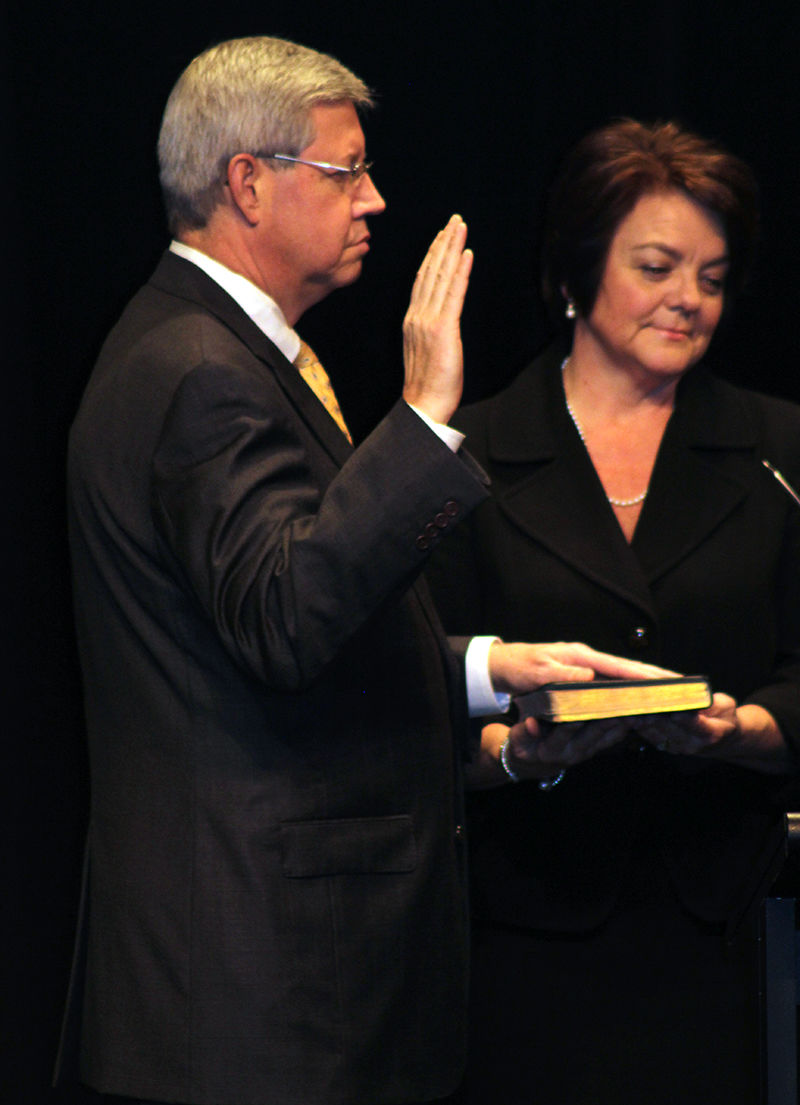 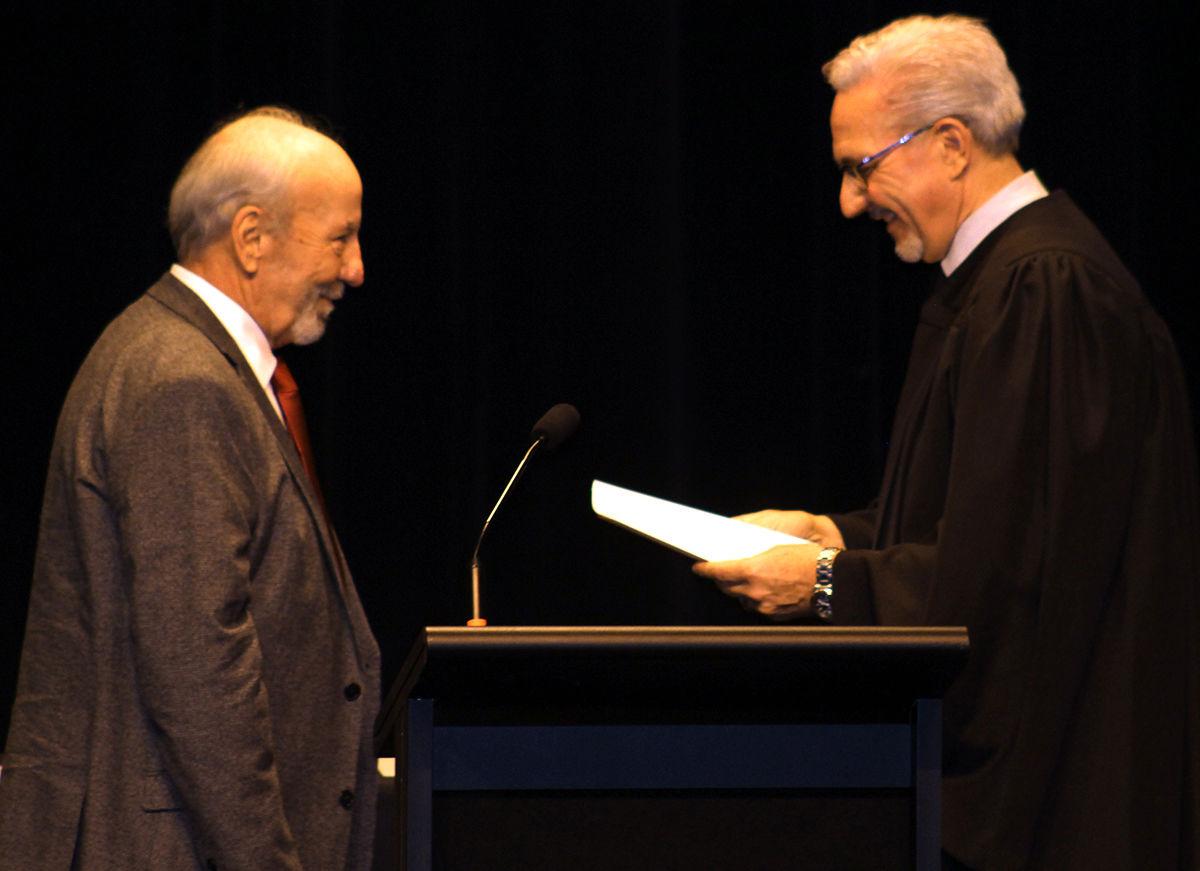 Board of Education member Jack Sims (left) stands alongside Probate Judge Jeff Hullender after being sworn into office. / Adam Cook

While oaths have been taken at the county government building and the courthouse in recent years, Catoosa County officials went a step further this time, holding more of a formal assembly at the Catoosa County Colonnade.

“I know this is a little unusual from what we’ve done in the past, but I think public service needs to have a little better light brought on it,” said Catoosa County Commission Chairman Steven Henry. “It’s a big deal and I just wanted to do a little extra for them.”

Among those sworn in was Jack Sims with the Catoosa County Board of Education, as well as court officials Doug Woodruff (State Court solicitor general), Ron Goulart (State Court judge), and Ralph Van Pelt Jr. as Superior Court judge for the Lookout Mountain Judicial Circuit.

“We have two new commissioners getting sworn in and they’re filling some big shoes,” Henry said. “We look forward to working with them. You’re never going to make everybody happy (as an elected official), but it’s one of the truest forms of serving your fellow man.”

All six men who were sworn in were able to share the moments with family members, some of whom held Bibles for each new official as their oath was prompted by Probate Judge Jeff Hullender.

Henry added that making a bigger deal about the swearing-in ceremony was also a way of highlighting the importance of not only the positions being filled, but also how well the county, cities, school board, and state officials work together as a unit.

“This is not only a swearing-in ceremony, it’s great to have everybody in one room working together for the common goal of serving the people of Catoosa County,” Henry said.

Cleveland Cavaliers: Time to grow up, back up recent comments and play like a team worthy of the Play-In spot

Lou Barletta launches PAC while considering a run for governor