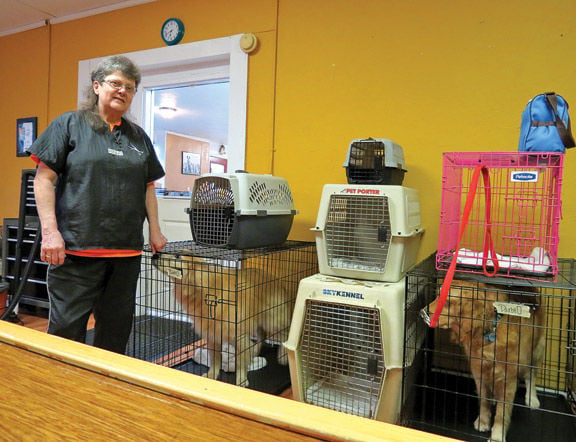 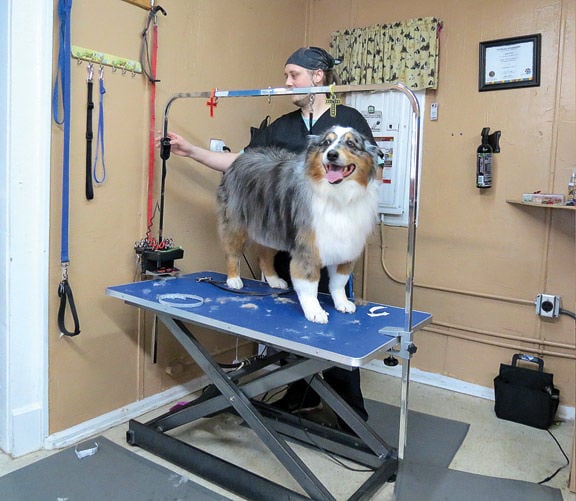 Jason Price has worked for his aunt, Debbie Price, grooming dogs for a number of years. (Catoosa News photo/Tamara Wolk) 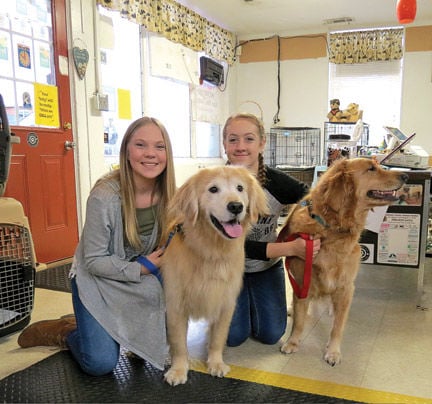 Jason Price has worked for his aunt, Debbie Price, grooming dogs for a number of years. (Catoosa News photo/Tamara Wolk)

Debbie Price had worked as a vet tech for 38 years, but when she developed rheumatoid arthritis some parts of her work, like inserting catheters, became too hard. "As a tech, I saw so many dogs come in nicked up, cut, and with sores from grooming done by their owners or even groomers," she says. "I decided it was a good time to offer an alternative."

Price opened her own grooming service in Ringgold and called it K-9 Tub Time. She was told she was making a mistake, that the business didn’t stand a chance. "That was eight years ago," says Price. "I employ seven people now and we’re booked through March." The business has also won the Chattanooga Times-Free Press Best of the Best award for North Georgia in the dog grooming category six years in a row, and Price has customers who come from as far away as Atlanta, Cleveland and Knoxville.

Buddy made his first visit to K-9 Tub Time Friday (Jan. 13) where he was pampered with a long bath. His matted fur was brushed out, sores were treated with a special salve, and he was dried with warm air. Just a week earlier, the dog was sitting on death row in New York, considered too old for adoption and slated to be euthanized.

But one of Price’s clients, Michael Pimchot, whose dog Darby already enjoyed regular grooming at K-9 Tub Time, learned about Buddy online and decided to give him a second chance. Buddy’s first trip to the groomer was made with Darby, who helped him feel more comfortable about the visit.

Price likes to ease dogs into their grooming experience when they seem fearful. "If a dog hasn’t been here before, I’ll tell their owner to bring them in a few times, let them wander around, get used to the place. Once they’re comfortable and know they’ll be safe here, we schedule their first groom."

"We’re all about the animals," says Price. "Everyone who works here loves them and treats them like the special creatures they are."

Price says her parents are both animal lovers, so she comes by her passion honestly. "When I went out as a child, I always ended up bringing some animal home. My mother would say, ‘Don’t go for a walk,’ because she knew I’d probably come back with another pet."

K-9 Tub Time’s Facebook page sports 50 rave reviews by customers. Over and over, they report that their dogs get excited about grooming day and that the staff is professional, friendly and loving toward their pets.

Price also helps Catoosa Citizens for Animal Care (CCAC) with its work. She checks rescued cats for disease and other health problems and helps with free grooming services where necessary. K-9 Tub Time is a drop-off point for people wishing to donate supplies to CCAC.

Recently, a situation involving stray cats developed in the neighborhood right behind the groomer’s Nashville Street location. "There was a lady who had two female cats," says Price. "I offered to help her get them spayed, but she wanted no part of it."

The lady moved away, leaving her pets behind, and two cats quickly grew to 36. A young man Price pays to wash her windows started to feed the cats. "Most 17-year-old kids like to spend their money on apps or games," says Price, "but this boy was using his pay to buy cat food for a colony of strays."

Price contacted CCAC and asked them to help. "They caught 32 cats in four weeks," she says. Four of the cats were pregnant. All of them were checked by a vet, spayed or neutered (except the pregnant ones), and CCAC is working on finding homes for them.

"They have four more cats to catch," says Price. "I can’t say enough good about the work they do or about the young man who chose to spend his hard-earned money to feed homeless cats."

"This is God’s place, not my place," Price says. "I work for him. These animals are his children, too. When I can make an animal happy, it makes me happy."

Price says she feels blessed to be located where she is. Many of her clients work at nearby businesses and government buildings. "My customers are wonderful and so is Ringgold. I’m doing work I love that helps the animals I love. It doesn’t get much better than that."

K-9 Tub Time also carries flea control products, pet toys, leashes, collars and other pet accessories. The business is located at 7675 Nashville St. in Ringgold and can be reached at 706-935-3480. They can be found on Facebook at www.facebook.com/K-9-Tub-Time.

A grateful return to normal at Cobb's senior centers

Only 10 COVID cases over past week in Knox County