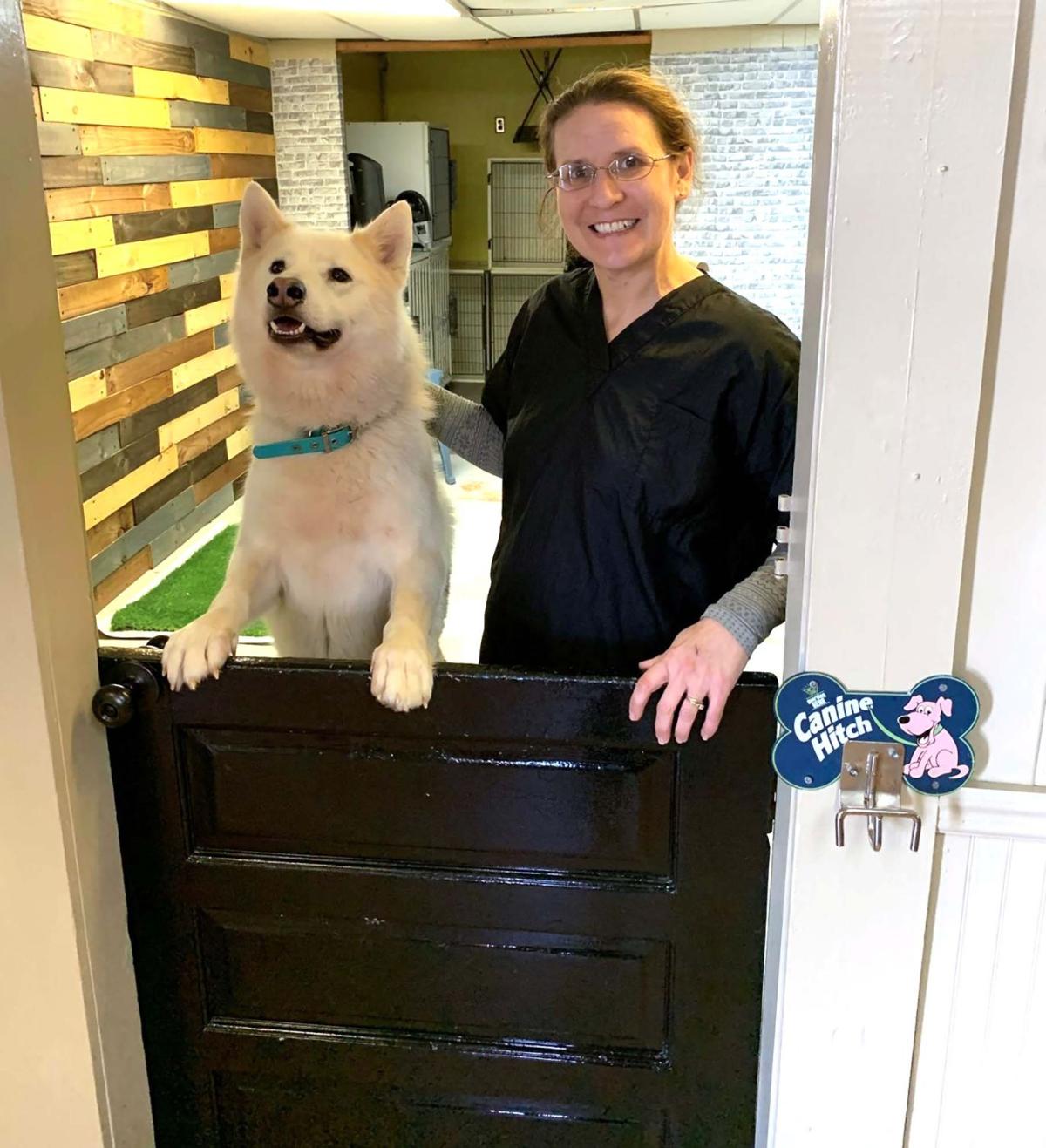 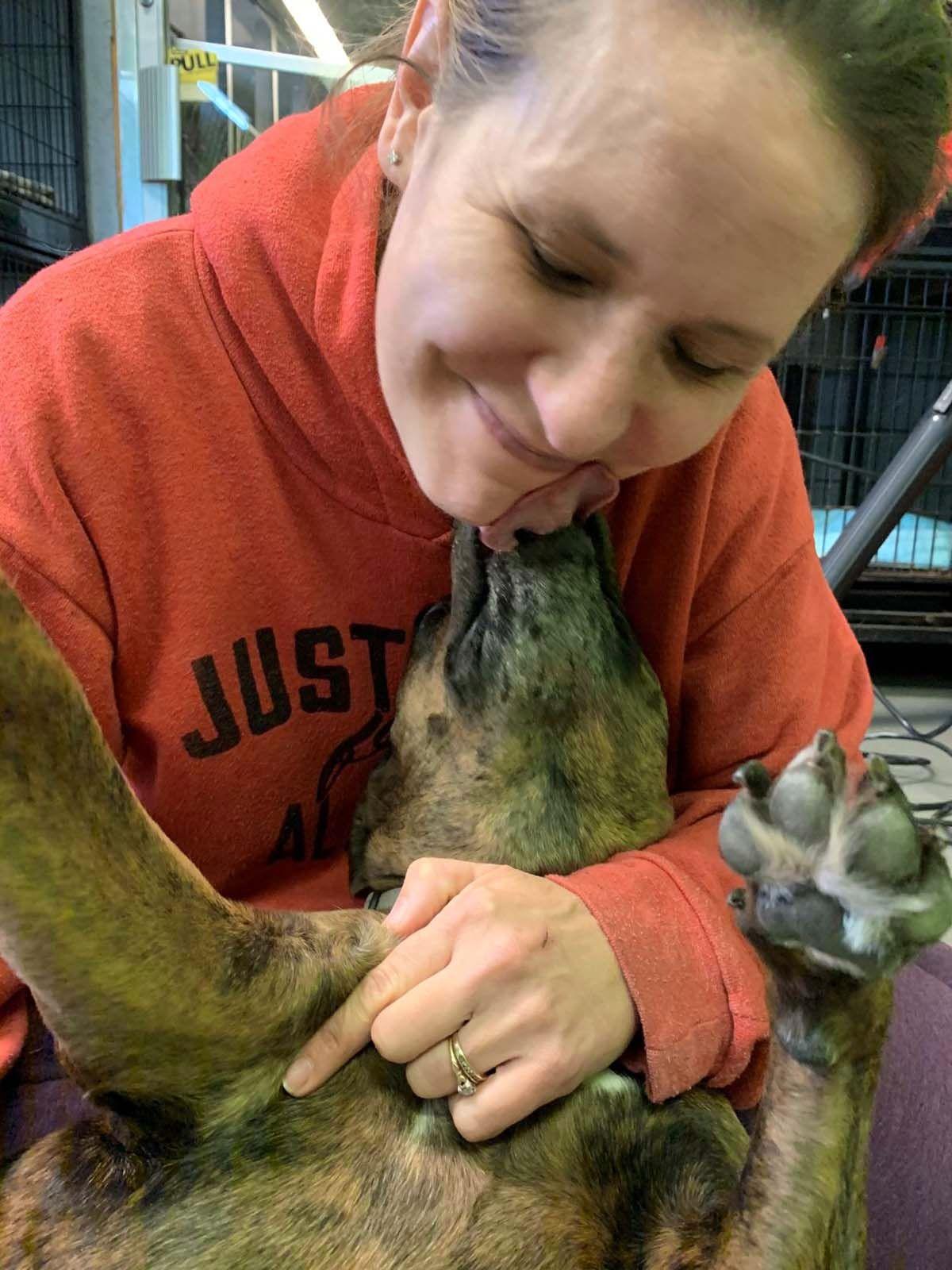 Jill Rohwer, owner of Paws Play & Stay in Fort Oglethorpe, says she loves dogs. The dogs who come to see her love her back. 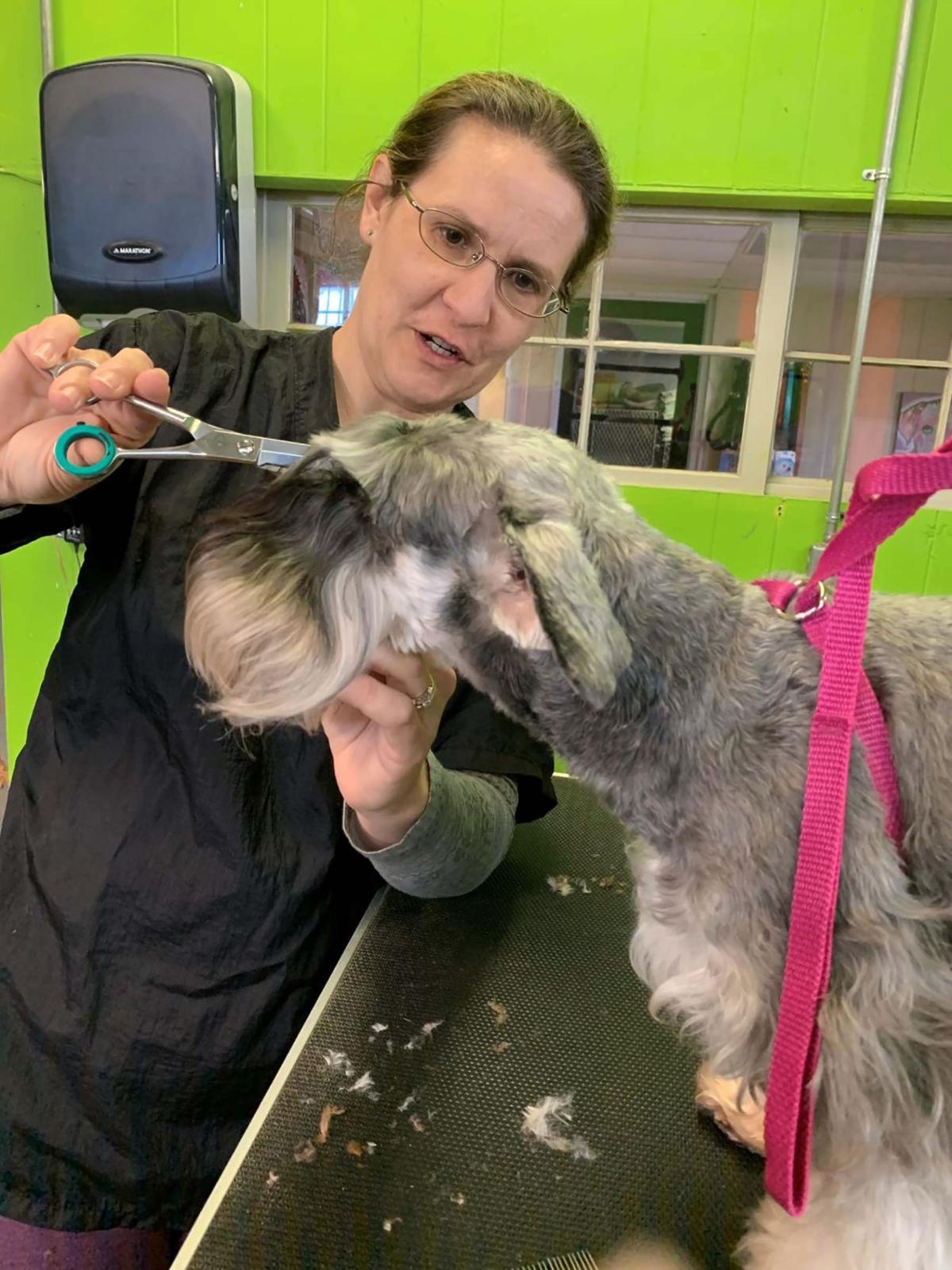 Jill Rohwer, certified master groomer and owner of Paws Play & Stay in Fort Oglethorpe, offers everything from simple grooming to show-level grooming, as well as dog boarding and daycare at her business on Old Lafayette Road. 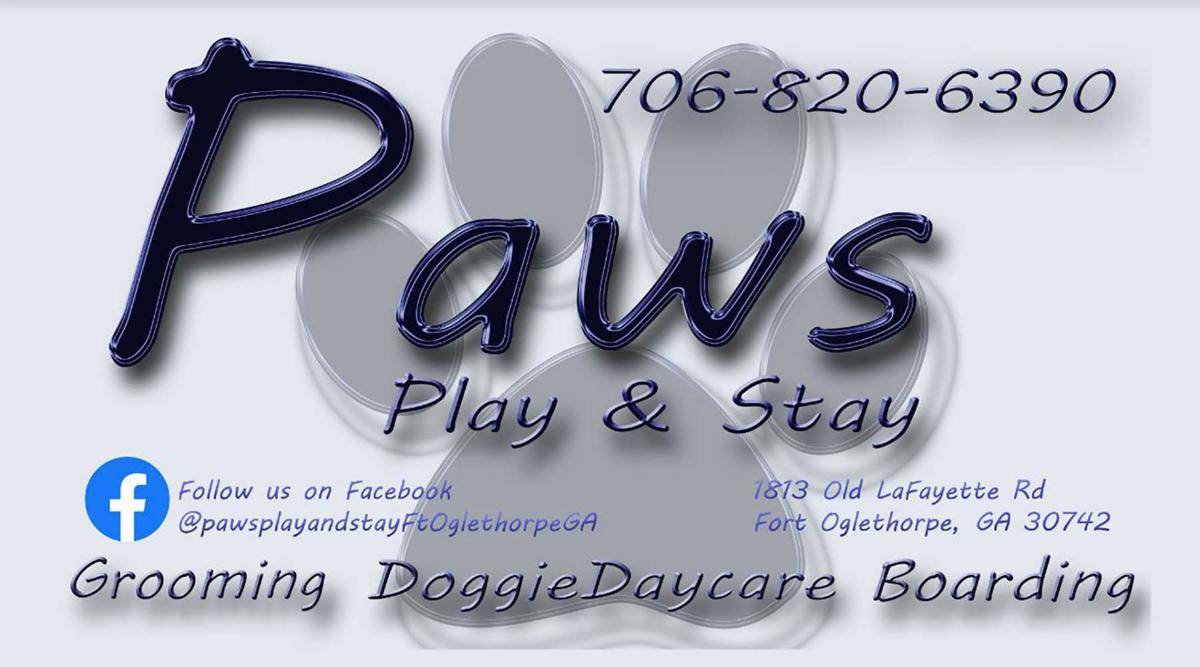 Jill Rohwer, owner of Paws Play & Stay in Fort Oglethorpe, says she loves dogs. The dogs who come to see her love her back.

Jill Rohwer, certified master groomer and owner of Paws Play & Stay in Fort Oglethorpe, offers everything from simple grooming to show-level grooming, as well as dog boarding and daycare at her business on Old Lafayette Road.

Jill Rohwer grew up around dogs -- schnauzers. Her parents bred the dogs and Rohwer says she spent her childhood learning to care for and groom dogs and horses on her family’s 60-acre Alaskan ranch just outside Anchorage.

She naturally gravitated toward associating with groomers and spent a number of years working with people she says encouraged her to become a groomer herself.

So Rohwer went to school to become a certified master groomer. The final test before receiving her certification was grueling, she says. She was required to show her skills before a panel of judges that critiqued her every move.

“The judges assigned me five dogs to groom: a standard poodle, a miniature schnauzer, a Westie terrier, a Yorkshire terrier and a Bichon Frise. I had an hour each to groom the dogs and had to do one right after another -- whatever haircut the judges told me give them. To become certified, you have to achieve perfect results.”

Some of the cuts judges can ask a candidate to demonstrate include a show cut or a pet cut, lamb cuts on poodles, French and German cuts, and more. Rohwer says there tend to be standard cuts for most breeds, but some breeds, like poodles, have a variety of common cuts.

Rohwer moved to Florida for a while and considered buying into a dog-grooming franchise, but she says the groomers she had worked with in the past inspired her to follow her dream of opening her own, independent kennel and grooming service.

While visiting the Chattanooga area last summer, Rohwer and her husband fell in love with the landscape and the people. “I’ve gone back to visit Alaska a few times,” she says, “and I always thought I’d want to move back there, but it’s lost its small-town friendliness. When we visited here, I was amazed at how friendly everyone was -- people opened doors for me, said 'excuse me' and 'pardon me.' Just like Alaska, there’s so much to do here -- especially hiking and camping. And there’s something pretty to look at everywhere I drive.”

Rohwer found something else here much to her liking -- a dog grooming and boarding business with a 45-year history. Three months ago, she bought Puppy Love Kennels in Fort Oglethorpe, renamed it Paws Play & Stay, and is in the process of putting her own touches to it, including a planned expansion. “I love the freedom I have to create this business the way I want it to be,” she says.

Paws Play & Stay offers full grooming services, including simple things like trimming nails and ranging all the way to show-level grooming (Rohwer has clients who drive from Florida to have their dogs groomed by her). The business offers boarding, doggy daycare and playtime, including drop-in services for those who need a doggy sitter for only a few hours. There are 20 kennels, says Rohwer, but 16 of them are double capacity, which she says can be good for people with two dogs who like to stay together, and she’s working on expanding to 40 kennels.

Does Rohwer have a favorite kind of dog? “I grew up with schnauzers, so I have a soft spot for them. I have three dogs of my own, including a mini-schnauzer, and I have a cat.”

Two of Rohwer’s personal dogs are rescues, including one who got a very rough start in life.

Rohwer says she was driving down a street one day when a truck in front of her tossed a plastic bag out the window, ran a stop sign and zoomed off. “The bag was moving,” says Rohwer. “There were six puppies in it -- not more than an hour old. They still had their umbilical cords and all their throats had been slit.”

Rohwer rushed the puppies to the vet at the rescue where she was working. Three of them died before she could get them there. Two more died soon after. But one that she named Copper managed to survive. Rohwer took the puppy into her home. She changed his dressings every day and gave him IV fluids and made a special pouch for him to keep him close to her heart so he would be comforted and she could tend to him at a moment’s notice. The puppy pulled through and is now a thriving dog and a permanent part of Rohwer’s family.

“I love animals,” says Rohwer. “At Paws Play & Stay, we treat all dogs like family. We love them and want what’s best for them.”

Paws Play & Stay is open Tuesday through Friday from 8 a.m. to 6 p.m. and Saturday from 8:30 a.m. to 4 p.m. for grooming and daycare. Boarding care is seven days a week. The business is at 1813 Old Lafayette Road in Fort Oglethorpe. You can stop by or call them at 706-820-6390. Visit Paws Play & Stay on Facebook: https://www.facebook.com/pawsplayandstayFtOglethorpeGA.

Bowman sentenced to life without parole, plus five years on firearms charge

The Latest: Tourists stuck in Nepal headed back to Australia

Trump says 'life and death' at stake in following guidelines

April 1, rent's due: Many struggle to pay in virus outbreak