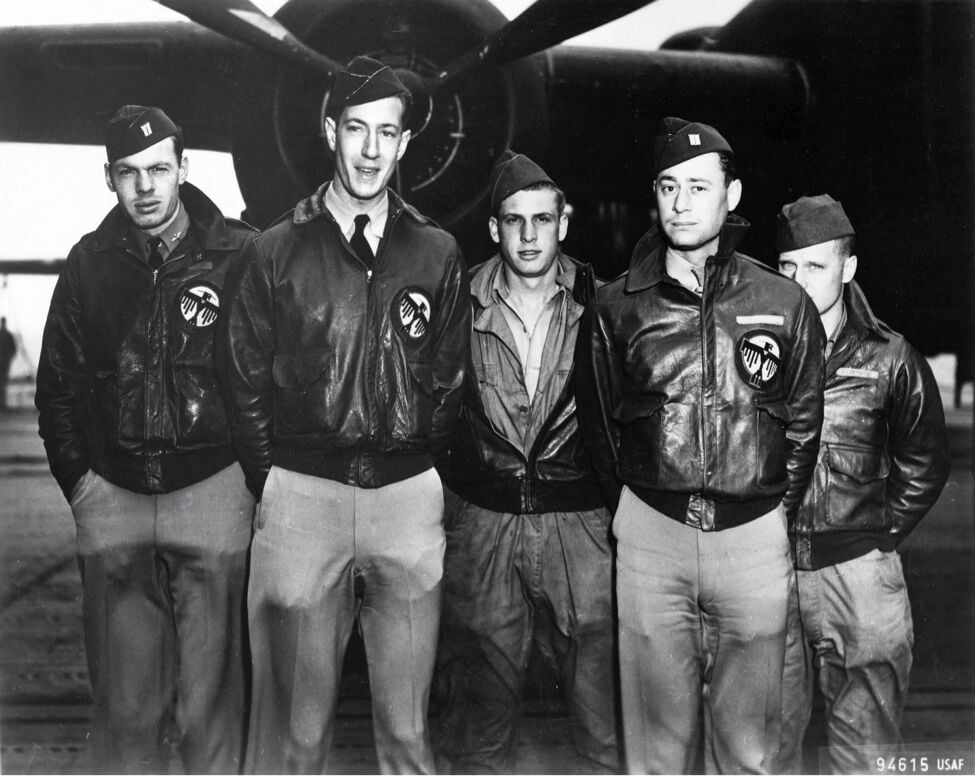 The crew of Doolittle Raid Plane No. 16, the Bat Out of Hell, poses on the deck of the U.S.S. Hornet. From the left: George Barr, navigator; William Farrow, pilot; Harold Spatz, turret gunner; Robert Hite, co-pilot; and Jacob DeShazer, bombardier. 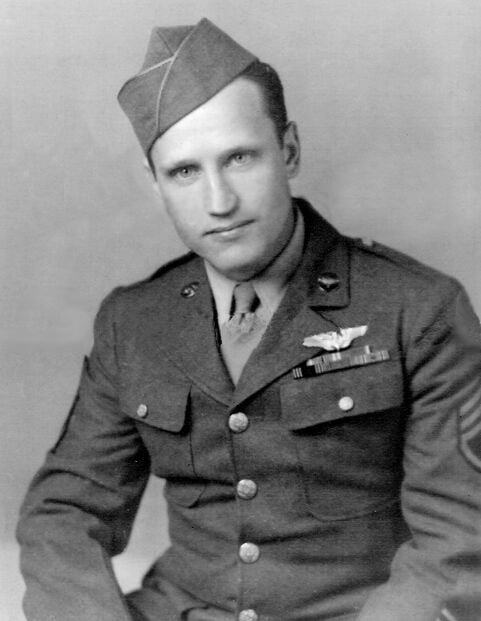 The crew of Doolittle Raid Plane No. 16, the Bat Out of Hell, poses on the deck of the U.S.S. Hornet. From the left: George Barr, navigator; William Farrow, pilot; Harold Spatz, turret gunner; Robert Hite, co-pilot; and Jacob DeShazer, bombardier.

He was an exemplary man. I looked up to him and admired him greatly. He and his wife Lucile had come to Japan in the years after World War II, to begin a ministry of caring for Japanese war orphans.

Phares and Lucile Huggins had already powerfully impacted the lives of many such children when I first met them in the summer of 1975. The compound of cabins and dormitories which they had built with their own hands, out of the ruins of a bomb-decimated Japan, and their humble commitment to this ministry struck a deep chord in my heart.

The place was Sasebo, Japan, a beautiful seaport where I was serving as part of the U.S. naval force stationed there. Many of us at the base took great joy in finding ways to assist the Huggins in their ministry.

I’ll never forget the time when Phares took me aside and offered some life-changing counsel concerning my future education at an absolutely amazing Christian school. It was at the graduate school of what was then called Columbia Bible College (now Columbia International University) that I received rock solid training in the Bible, enjoyed three years of incredible fellowship with other students and staff, and met my precious bride.

God has truly blessed our union of just over 39 years now, with three wonderful children and their spouses, not to speak of five treasured grandchildren. Oh the mysterious and amazing ways of God’s providence. A young sailor from the the hills of north Georgia travels half way around the world to serve his country, where he meets a Godly man whose advice alters the whole trajectory of his life.

But, what does all of this have to do with the Second World War? Specifically, what does it have to do with remembering people and events associated with that great conflict 75 years ago? In fact, the guns had actually been silent for over a month, the war over, in late September 1945, 75 years ago this week.

The victorious Allies were now concerned with two great tasks, the occupation and demilitarization of both Germany and Japan, as well as getting their own troops demobilized and safely home. For America, these tasks were especially daunting, as she would essentially assume sole responsibility for the occupation of Japan and had some eight million men and women in uniform overseas, soldiers and sailors who needed, and wanted, to get home.

For the previous three and a half years, scores of American service members had not only experienced the horrors of war firsthand, but had also been exposed to new places, cultures, and peoples. From the ravages of war, they had observed great needs around the world, especially spiritual needs. Many determined to return and serve God in meeting those needs, all across the globe.

Not only was there a spiritual stirring among those who were prayerfully considering coming home to prepare for future overseas missionary service, there was also a broader stirring of the Spirit. American GIs had witnessed firsthand the cruelty and devastation of war. Many, as a result, were experiencing a deep inner hunger for spiritual reality and truth.

Their thoughts and longings were resonating with the words of General Douglas MacArthur in his radio address to the nation following the official Japanese surrender aboard the USS MISSOURI on September 2. MacArthur had spoken of the historical inability of wars to bring lasting peace and of the “utter destructiveness” of modern warfare. He declared that our “problem basically is theological” and “it must be of the spirit if we are to save the flesh.”

Embracing the Biblical truth that in Jesus Christ men can be forgiven, delivered from their sins and transformed into new creatures, these returning WWII vets, along with their families, filled America’s churches in record numbers. The rise in church attendance, membership, and other spiritual indicators in the decade after World War II was unprecedented in our national history.

Among those who had experienced such a spiritual awakening as a result of their exposure to war, there were some who were sensing God’s leading to return to the lands of former battles as ambassadors of peace. Their heart’s desire was for old enemies, and allies alike, to experience a living relationship with their Creator, through faith in His Son.

Jacob DeShazer, captured and imprisoned after participating in the legendary Doolittle Raid over Japan in April 1942, spent 40 months as a POW, 34 of those months in solitary confinement. He, along with his wife, returned to Japan in 1948 and served as missionaries there for 30 years.

Navy Chaplain Bob Evans was seriously wounded by a German land mine in southern France in 1944. While recovering, he spent much time conversing with the locals. Discerning a great sense of hopelessness and spiritual need, he returned after the war and established the Greater Europe Mission. GEM is a thriving missionary agency to this day.

Several Christian pilots from both the United States and the United Kingdom, desiring to use their recently honed flying skills to support God’s work around the world, formed the Missionary Aviation Fellowship shortly after war’s end. MAF is a very active mission agency today, continuing to do what it has done from the beginning, ferry missionaries and supplies in and out of remote places across the globe, participate in relief efforts, and undertake life-saving medical evacuations.

In 2019, MAF aircraft flew over 4.3 million miles and transported some 150,000 passengers. It is celebrating its 75th anniversary this year.

Jesse Miller, a survivor of the Bataan Death March in April of 1942 and a Japanese POW for over three years, returned to the Philippines a few years after war’s end to establish the Overseas Christian Servicemen’s Centers. OCSC, known today as Cadence International, is a thriving ministry to servicemen and women around the world.

OCSC was mightily used of God in my own life, while a young naval officer serving in Japan many years ago. Before his death, I heard Jesse Miller, on two separate occasions, tell the spellbinding story of God’s deliverance on the death march and of His sustaining power while a POW.

But what about Phares Huggins, the man we met at the beginning of this article? Before establishing his ministry to the war orphans of Japan, he was a crew member onboard a U.S. Army Air Force bomber. Phares spent all but the very final season of his life serving God in the land of those he had once fought against. I am blessed beyond measure to have known this humble World War II veteran turned missionary.

Remember those who fought to secure freedom, and then returned to distant lands to bring a message of peace, eternal peace with God ... 75 years ago.

“If we forget what we did, we won’t know who we are.” — Ronald Reagan

The Latest: A week before election, Biden to visit Georgia