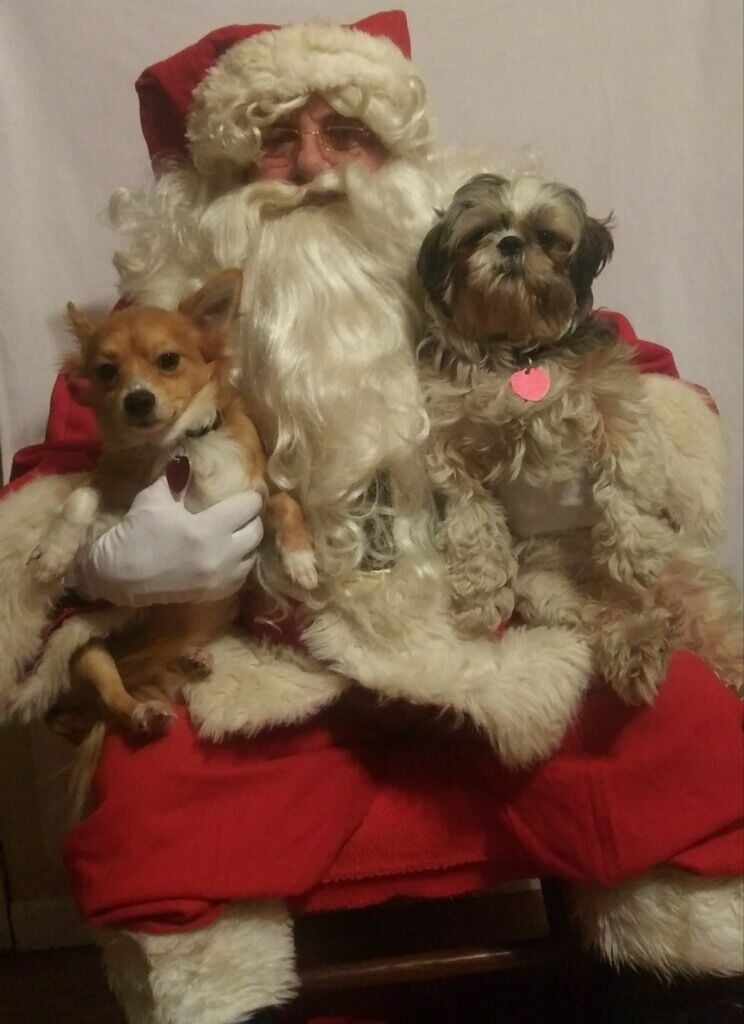 Bobby Jeffries will serve as Santa Claus this weekend at the CAC Pals for Paws’ Christmas photo fundraiser. 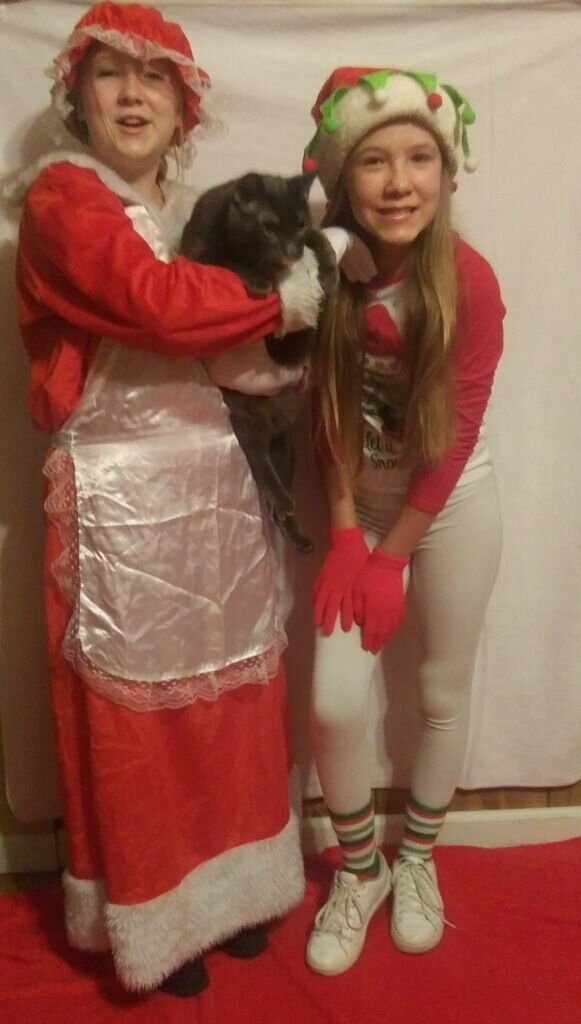 Bobby Jeffries’ granddaughters, Anastasia and Hope, are also going to be volunteering this weekend as Mrs. Claus and one of Santa’s elves.

Bobby Jeffries will serve as Santa Claus this weekend at the CAC Pals for Paws’ Christmas photo fundraiser.

Bobby Jeffries’ granddaughters, Anastasia and Hope, are also going to be volunteering this weekend as Mrs. Claus and one of Santa’s elves.

Calhoun Animal Control Pals for Paws thrift store, located at 100 Peters St., Suite 11, will offer the community and their pets the opportunity to take photos with Santa Claus today and tomorrow, from noon to 4 p.m., and again on Dec. 5 and Dec. 6 during the same hours. The cost for the photo opportunity is $5 with all proceeds benefiting Pals for Paws, an organization dedicated to helping people adopt or rescue animals from Calhoun Animal Control.

“Pals for Paws was established almost 10 years ago now, and we help people rescue dogs and cats,” said Lynne Reese, one of the organizers of the event and a longtime volunteer with Pals for Paws. “If people are short on money or whatever the need may be, we loan them the money to adopt the pet in exchange for volunteering at our thrift store, which is where we make all the money we loan out. Sometimes we help with veterinary fees too, if there’s a need. We want to help people save these animals’ lives.”

The holiday event is the brainchild of another Pals for Paws volunteer, Bobby Jeffries, who has extensive experience as a fundraiser for animal-related causes. Before moving to Calhoun Jeffries served on the Board of Directors for a horse rescue in Tennessee, where he helped establish the rescue’s most successful annual fundraiser. He has also volunteered his talents making the holiday season a little brighter for the youth by delivering gifts to children while dressed up as Santa.

Originally Jeffries hoped to bring to Calhoun a new iteration of the fundraiser he established previously, a riff on Dancing with the Stars, but COVID-19 made doing so nearly impossible this year. Instead, he decided to offer his talents in a different way.

“I love kids and animals, and I love making people happy,” Jeffries said. “I have a Santa suit that is just sort of going to waste in my closet right now, so I offered to dress up and let people do photos with me and their kids or pets if they wanted to, to raise money for the group. My granddaughters Hope and Anastasia are going to be there too, dressed as Mrs. Claus and an elf.”

Jeffries said he would take pictures with dogs, cats, rabbits and even snakes, so long as they weren’t likely to bite him.

“I’ll take pictures with whatever kind of pet people bring in,” he said. “It’s all for a good cause, which is why I’ll also say that I’m not turning anyone away. If you don’t have $5, donate what you can and I’ll get a picture with you.”

Guests coming to take part in the photo opportunity are asked to bring their own cameras.

To learn more about CAC Pals for Paws or to reach out about donating directly to the thrift store, visit their Facebook page at CAC Pals for Paws, Inc. Photos of animals available for adoption and rescue are also posted there regularly for those looking for a new pet to call their own.