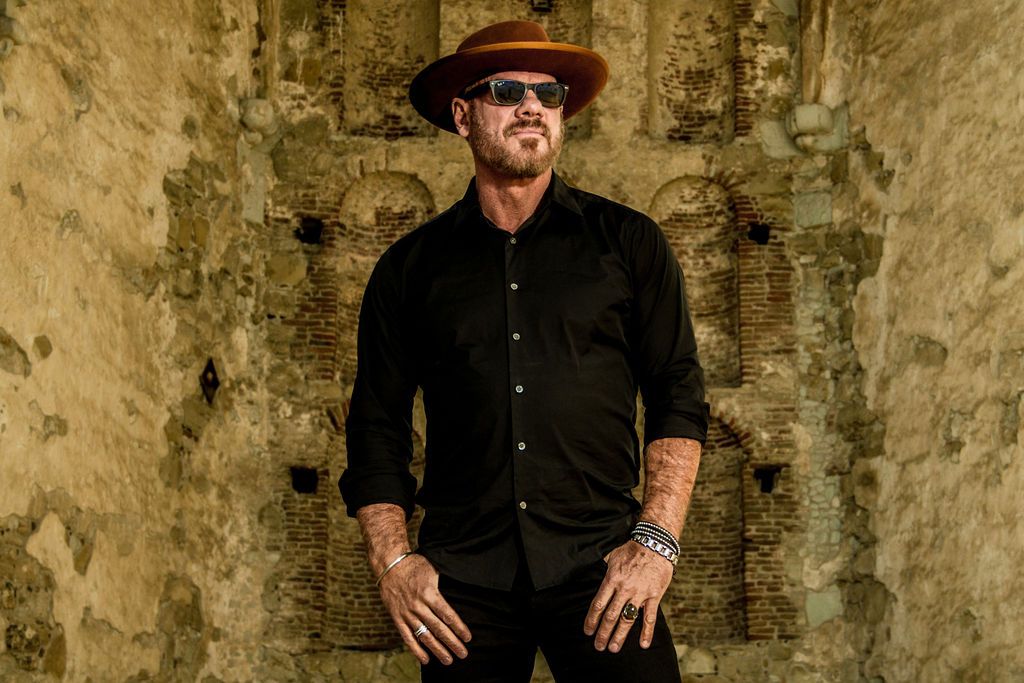 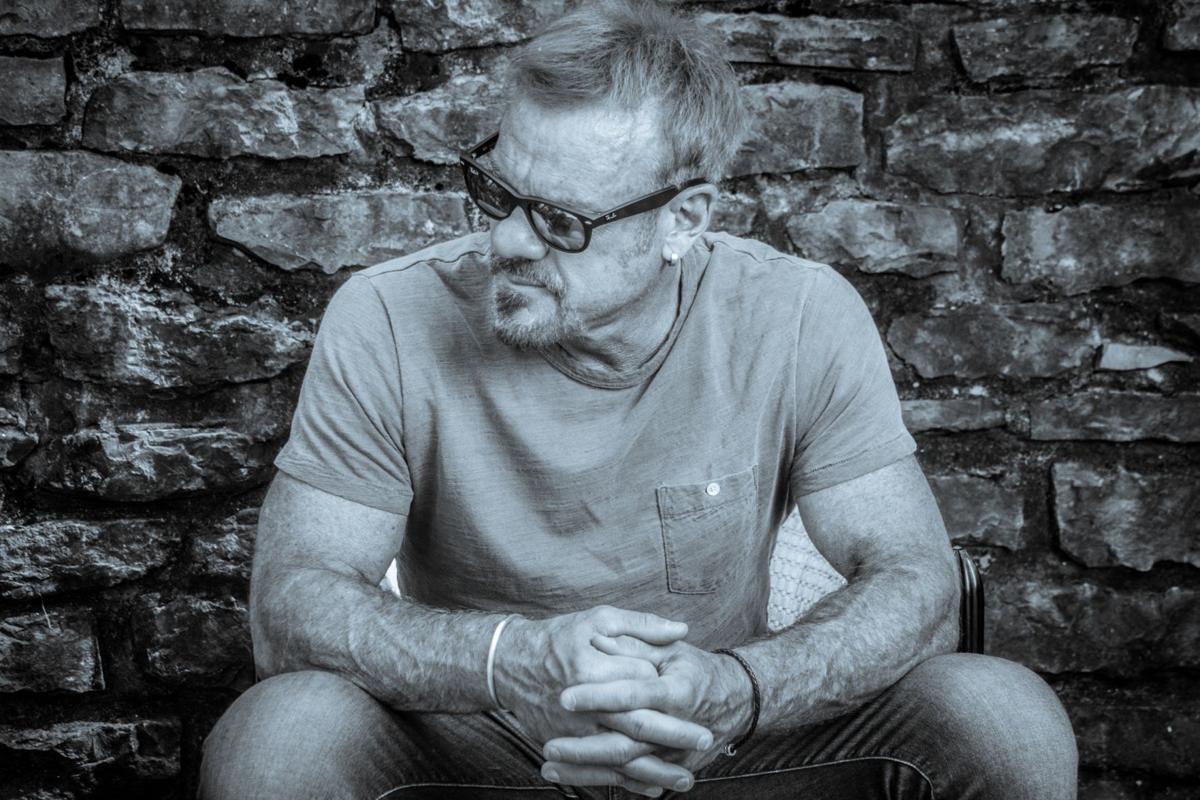 Country artist Phil Vassar, whose recordings include hits like “Carlene,” “Just Another Day in Paradise,” “Six Pack Summer” and “American Child,” will headline Calhoun’s Gem Theatre downtown Saturday, Oct. 26. The show begins at 7:30 p.m., and tickets are available at www.calhoungemtheatre.org. Vassar, who is widely known for his prowess on the piano and his songwriting abilities, released a string of top 10 hits in the late 1990s and early 2000s. His writing credits appear on songs like “Bye, Bye” by Jo Dee Messina, “For a Little While” by Tim McGraw and “Little Red Rodeo” by Collin Raye. Liz Crumbly spoke to Vasser for The Calhoun Times ahead of his performance this weekend.

A weekday phone call in mid-October call found Phil Vassar relaxing on his back porch with a mug of coffee at hand. It was a rare morning at home for the country music veteran who was preparing to wind up his regular tour for the year before launching into his Christmas tour.

“We leave Thanksgiving right after dinner and get home the 23rd of December,” he said.

After that, it’s on to his acoustic jaunt, a more “stripped down” version of his regular tour that will hit 24 cities in six weeks beginning in January.

When I talked to him, he was anticipating a stop at the historic Gem Theatre in Calhoun on Oct. 26. Our conversation was as I’d hoped. That same sparkle that I remember seeing in the 35-year-old who debuted “Carlene” as his first single on the country charts 20 years ago was there in his voice. I believed him when he said (three times) that he loves what he does more than ever now.

The singer, who’s probably known as much for the hits he’s penned as the ones he’s sung, has written for people like Tim McGraw, Jo Dee Messina, Kenny Chesney and Collin Raye. Composition is still a big part of his repertoire, and he feels he’s doing it even more proficiently than when he had No. 1 songs on the radio.

“I still think I’m writing better than ever,” he said. “I still write songs all the time — It’s not like I stopped writing when my last No. 1 came out … I’ve written so many songs for so many different people. It’s one of my favorite things to do.”

His calendar stays full — I counted 18 shows from now until the end of the year from Redding, California, to Calhoun’s Gem. He couldn’t remember if he’d played Northwest Georgia before when I asked him, but he said he’d like to “make it frequent — it’s so close to home.”

Vassar touched briefly on the fact that he hasn’t had a song on the charts in a few years. Country music goes through cycles, and things are a little different now, was his main message. Vassar’s songs showcased his prowess on the piano and often soaring vocals with subject matters like family life and long-term romance. They’re a far cry from the tailgates and campfire parties we hear about in country music today.

Despite the current lack of airplay, Vassar said he appreciates the longevity of his career. He voiced multiple times how thrilled he is to still be singing.

Performing, especially in intimate settings like Calhoun’s tiny theater, still has a big piece of his heart. He plans to bring his acoustic set to the Gem.

This atmosphere starkly contrasts with the arena venues he plays, he said, where the crowd is more energized and may or may not be paying attention to the music.

The performance in a small theater becomes “more about the songs,” he said. “You talk to the audience. You do songs in the acoustic set that you would never do in a concert setting.”

Vassar’s tone was bubbly, and he talked a mile a minute during our phone call, so I was struggling a bit to take notes as he spoke. When I asked him what those songs might be, I thought I might have heard him wrong when he responded with a quick “I don’t know!”

By the time I had time to think, “Huh?” he’d already moved on to another subject.

Later, I read some other interviews with him, and I realized he pretty consistently approaches his shows without a set list, taking requests from the audience and letting things unfold naturally. I didn’t know that during the call, so his answer made more sense in that context.

(That’s right: I read interviews with the artist I interviewed because I didn’t get enough of the Phil Vassar experience from a 15-minute phone call. I try to remain professional for you guys — my readers — no matter who I’m talking to, but I’ll admit I fan-girled out a little bit this time. I’ve been listening to this guy since I was 16, for goodness sake!)

The new year for Vassar is going to be packed. He’s continuing his TV series “Songs from the Cellar” in which he combines wine and music in his personal wine cellar while he chats with other well-known musicians. He’ll also be showing his short film, “I Only Miss You When I’m Breathing,” at the Rome International film festival in Rome, so he’ll be back in town soon.

His new acoustic record also drops in January, and included on it is “Postmarked Birmingham,” which country band Blackhawk released in 1997.

Given Vassar’s willingness to make time for a small-town paper, the warmth I felt during our conversation and his obvious love of performing and writing, I’d say his show will be one to remember. For some of us who are familiar with all his top 10 hits, it will be a reunion of sorts, but for others it may be an introduction to the artist widely known as country music’s piano man.

From what I’ve read and from what I experienced in our conversation, the excitement he still feels about performing will be evident. He made it clear that he’s still invested in his music and that he appreciates his opportunities, past and present, more than ever.

“I’m having more fun than I’ve ever had in my career,” he said. “It’s been a really, really fun ride for me. I’m really lucky.”

Anderson: Fatherhood is at its best in the physical world