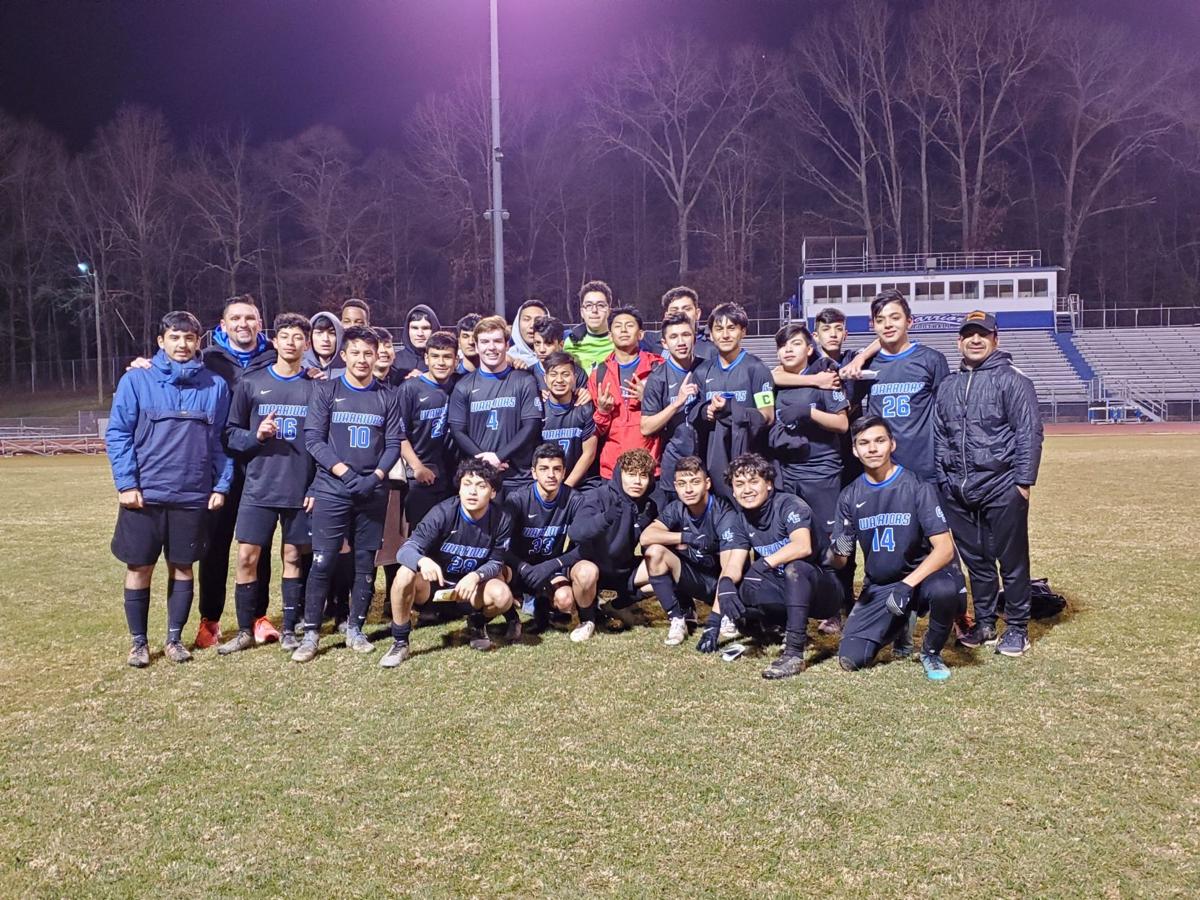 The 2020 Gordon Central Warriors soccer team poses for a picture at Ratner Stadium on Feb. 26, 2020. 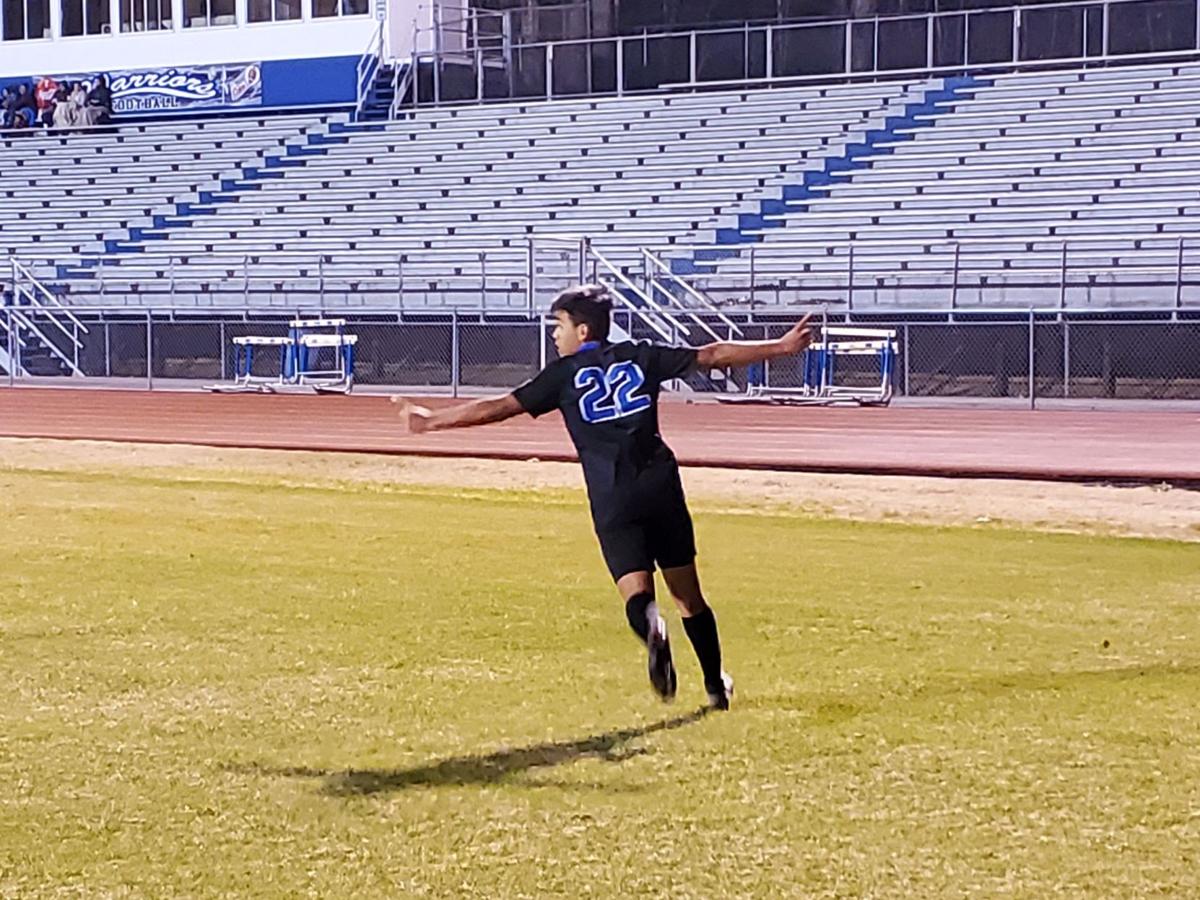 Gordon Central’s Zeke Parada celebrates his first of two goals during the Warriors’ region game against Armuchee at Ratner Stadium on Wednesday. 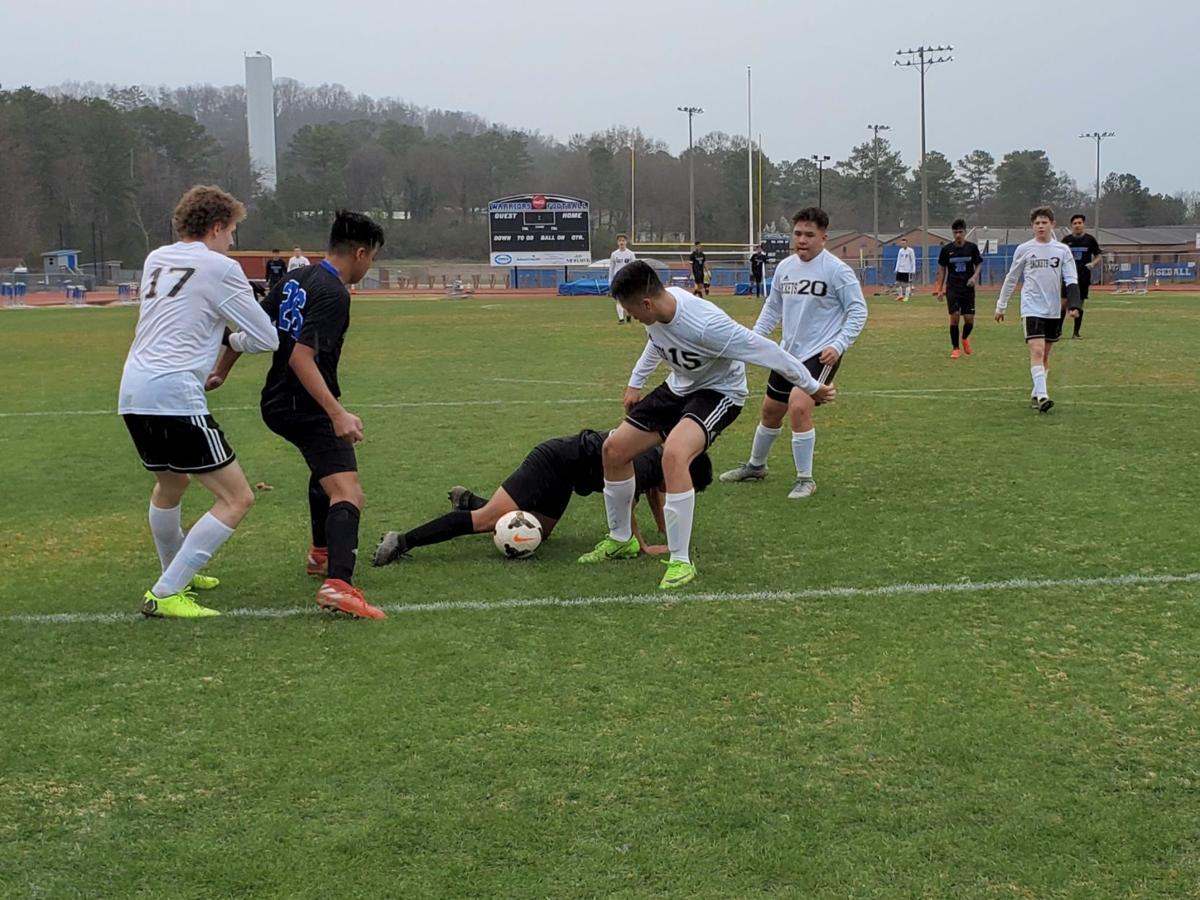 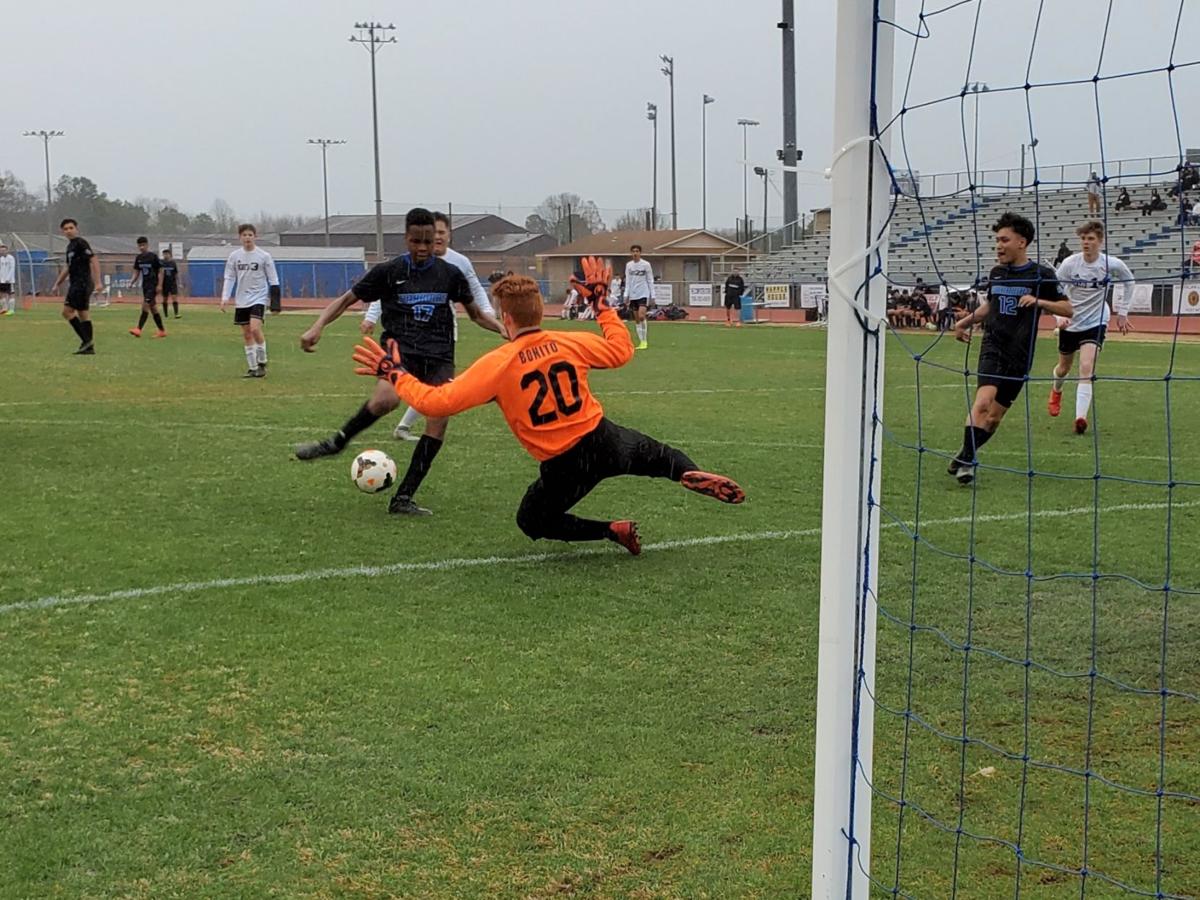 The 2020 Gordon Central Warriors soccer team poses for a picture at Ratner Stadium on Feb. 26, 2020.

Gordon Central’s Zeke Parada celebrates his first of two goals during the Warriors’ region game against Armuchee at Ratner Stadium on Wednesday.

In our second edition of Spring Spotlight, we look back at the Gordon Central Warriors 2020 season. Finishing their shortened season ranked No. 4 in Class AA by Eurosportscoreboard.com, the Warriors went undefeated at 5-0.

From the first time the team took to the practice field, Wiley said there was only one focus. Not playoffs, but rather region. Two years ago, the Warriors took fourth place and started their state playoff journey on the road against a No. 1 seed. Last year, GC improved to third and made it to the second round, but Wiley emphasized how much positioning really matters.

“We have a tough, tough region ... so if anything, I told my guys you have to be confident that this is your year,” Warriors head coach Matt Wiley said in a phone interview. “We’ve gotten got nothing but better. We did not lose that many guys (from) last year. I’d say, pound-for-pound, my defense is as good or better than it was last year and that’s saying a lot because I had a good defense last year.”

The 2020 Warriors had a plethora of talent up and down their 26-man roster. Wiley noted how players who didn’t necessarily start were able to step in and immediately contribute on the field.

“I think going into the season, they started to see really early just how good they were,” Wiley said. “I’ve had a lot of talent over the years, but this group really was special, especially with some of the adjustments that were made. Guys stepped up to play roles they weren’t necessary comfortable with.”

After a 6-1 victory over Gilmer in a preseason scrimmage, GC outscored its opponents 29-1 during the regular season. Charley Garcia led the way with eight goals, including a hat trick against Adairsville. Yejezkel Parada was second with five.

While the offensive pressure was constant, it starts with a strong defense, anchored by seniors Luis Chino Garcia and Alfredo Pegueros.

“Last year, (Garcia) was a little bit overly critical of people and I had to really reel him in,” Wiley said. “This year, he’s like a whole new man. He matured leaps and bounds and all of the sudden he was more coaching (the underclassmen). He was encouraging them and he was pointing out the flaws, but complementing the good stuff.”

According to Wiley, Pegueros contrasted Garcia’s style as being calm and cool under pressure. The two upperclassmen formed a strong mentoring duo.

“I think pairing him up with Chino, those two were like hot and cold, and it mixed well,” Wiley said. “You ended up with warm water and everybody responded well to that. All my younger guys really took to that because they could handle the criticisms from Chino because Fredo would come back with something of the opposite nature. It worked brilliantly on the field.”

Wiley said what stood out the most during 2020 was the team’s ball movement, speed.

“I said you’ve got to move the ball around and they did. They started to,” Wiley said. “Passing it to the wings. Crossing the ball. Taking shots from deep. Taking shots up close.”

The Warriors also had plenty of strength in between the posts with sophomore Armando Sanchez. Wiley has often lauded Sanchez as one of the best goalkeepers in the region. But Sanchez was not the only goalkeeper to earn high praise.

In what turned out to be the final game of the season, Wiley started senior John Rainwater at goalkeeper. In his first career start in net, Rainwater recorded a shutout in a 9-0 rout of Rockmart.

Gordon Central had seven seniors on the roster this year. They are listed below.

Alfredo Pegueros — Gordon Central’s team captain. Moved from left wing, primarily played defense and was described as a “freezer” as he is cool under pressure.

John Rainwater — primarily played defense, but earned a shutout in his first career start at goalkeeper. Rainwater will be playing rugby at the University of Georgia in the fall.

“I’m extremely proud of that kid. He’s kind of a versatile kid that plays all over the field,” Wiley said. “That was great to have a backup (in goal).”

Angel Rubio — Twin is Fernando Rubio. Angel scored two goals in 2020, both coming in the final game against Rockmart.

Fernando Rubio — Primarily played on wing alongside his brother Angel. Scored a goal against Pepperell. Wiley noted the two brothers had a lot of speed.

“I taught (Angel and Fernando) in class and they’re very kind,” Wiley said. “They’re the silent killers. They’re very humble, they’re very quiet on the field, but when they get out there, they will dog everybody out.”

When looking back on the season, Wiley said he enjoyed coaching both the boys and girls’ soccer teams and building the camaraderie.

“I hate that we never got to see our full potential and play the full region schedule,” Wiley said. “Just being around the kids, I love their energy, I love their enthusiasm for the game and their passion.”

The Warriors’ 2020 season could be chalked up alongside many others as what could’ve been. With talent at all levels, this team definitely had the markings for a significant run toward the top spot in Region 7-AA and beyond.

For now, though, we are left with what is. While the seniors end their careers far too early, GC has a solid amount of underclassmen skill to propel them back into the picture in 2021.

Gordon Central’s motto has been “Work. Win. Warriors.” for the last few years. After every practice and game, the team breaks down with everyone yelling each word together. Coach Wiley explains the meaning.

“I always tell them go out there and work, and then you’ll win and we’ll always be Warriors,” Wiley said. “Hopefully, that carried off into the offseason.”