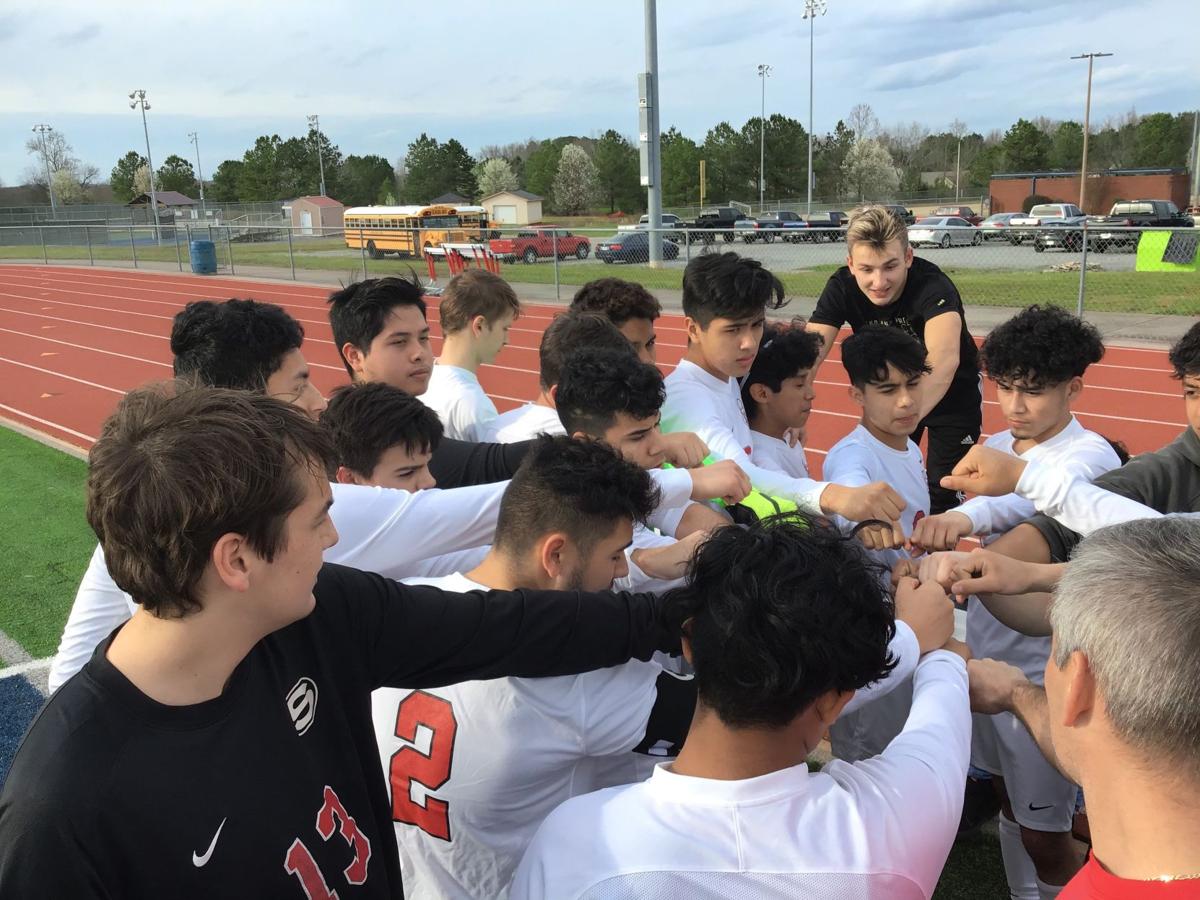 The Sonoraville Phoenix soccer team huddles up at a soccer match during the 2020 season. 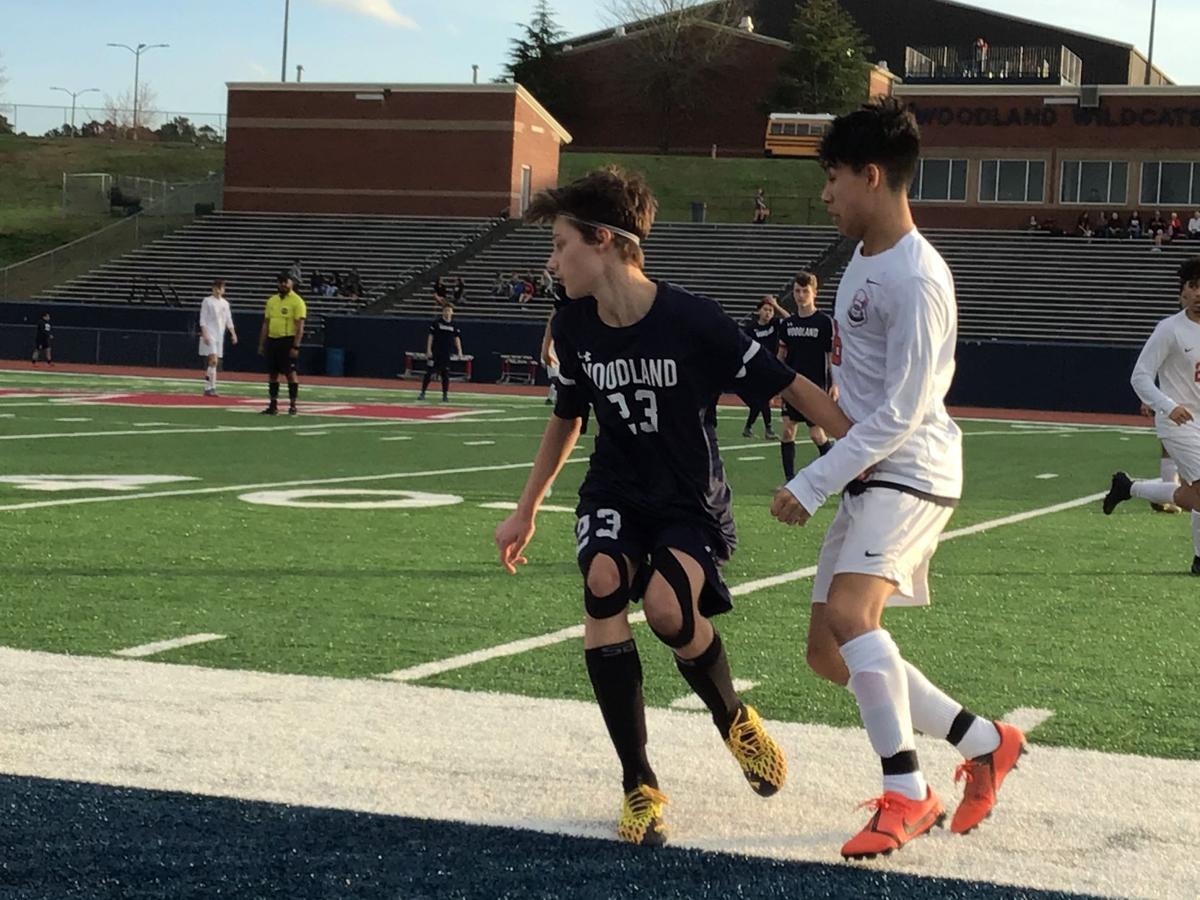 The Sonoraville Phoenix face Woodland in a non-region soccer game on Thursday, March 12, 2020. 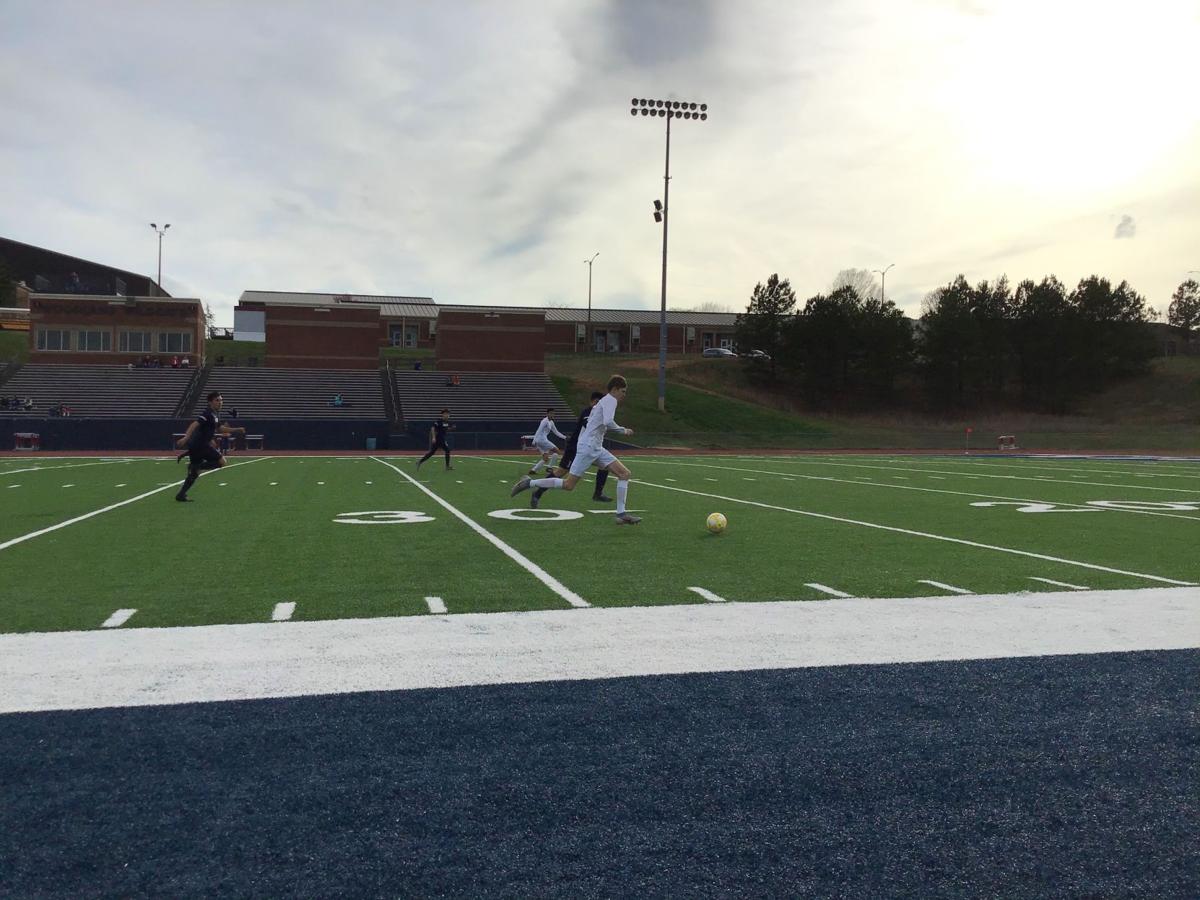 The Sonoraville Phoenix soccer team huddles up at a soccer match during the 2020 season.

The Sonoraville Phoenix face Woodland in a non-region soccer game on Thursday, March 12, 2020.

The Sonoraville Phoenix battled hard, but were unable to come up with a win during their first year under head coach Marcus Palazzolo. The Phoenix’s final record came to 0-6, 0-2 in Region 6-AAA.

“Overall, we were a young team,” Palazzolo said in a phone interview. “I started sophomores. I freshman that started.”

The Phoenix started out the 2020 campaign with non-region losses to Rome, Pickens County and Northwest Whitfield, but Palazzolo noted every games provided opportunities to learn.

Sonoraville’s closest games were its two region game at Adairsville and versus Lakeview-Fort Oglethorpe. The Adairsville Tigers edged out the Phoenix 4-3 in overtime and LFO downed Sonoraville 7-4, also in OT.

Sonoraville’s final game of the season came against the Woodland Wildcats on Thursday, March 12. Following the contest, all athletics were at that time to be suspended for two weeks.

“At that point, the first thing was ... calling other coaches and saying ‘Hey, what can we try to look at to reschedule?’ We were already automatically looking at after spring break,” Palazzolo said. “Coaches and myself all around the region were calling, scrambling and seeing who we could get, ... trying to make it work.”

Palazzolo said he also sent out drills for the players to run during the 14-day stoppage on the Remind: School Communication app.

“Do (the drills) individually, keep running, stuff like that,” Palazzolo said. “At that point, we had improved a great amount. We were scoring good goals, we were working the field much better than early in the season. Overall, we were coming into a better place as a team as a whole.”

The two-week suspension eventually evolved into a total cancellation of all 2020 spring sports. While many of Palazzolo’s players will play varsity soccer again, the seniors wrap up their careers on an early note.

“(The cancellation) came as a bit of a shock. The players definitely wanted to keep playing,” Palazzolo said. “I told them this is it for the season and to get your schoolwork finished.”

Sonoraville’s five seniors are listed below in alphabetical order by last name.

“Missed the first few weeks with a foot injury, but a really talented forward who just played really well-skilled at his feet,” Palazzolo said. “Got a lot of opportunities when he got back in the third game, so he improved along with the team.”

“He was definitely the backbone of the team from last summer all the way through the spring,” Palazzolo said. “He was working out, motivating the whole team to keep the intensity (and) keep improving.”

“Very athletic, very fast,” Palazzolo said. “Gave a lot of opportunities for shots and he was a strong motivator for the rest of the team.”

“Really skilled with the ball,” Palazzolo said. “A lot of opportunities on goals when he got himself a couple in the net. Yorlin was a good skill player for distributing the ball and moving the ball around the field.”

Since first kicking off its season, Palazzolo said Sonoraville made positive strides in its overall play.

“We definitely came into our own as far as ... distributing the ball better, controlling the ball better,” Palazzolo said. “That took some practices and some teams to play like Rome and Pickens where you’re looking at a lot of good team play. We were able to feed the ball up front, get some goals and a lot of shots.”

Now the Phoenix look ahead to 2021 and Palazzolo said he left both his seniors and underclassmen with a message to take into the offseason.

“Told the seniors take their game and keep improving,” Palazzolo said. “Make the team and make others better. Make the people around you better players and be better people. Keep improving yourself.”

“The message through the summer here is to keep improving your fitness,” Palazzolo said. “For you that are going to be playing next year, we’ve got to run, got to stay in shape (and) have got to keep going. Can’t let up on this training.”

Palazzolo said he looks forward to seeing how the team will improve in 2021 in a new-look Region 6-AAA.

“We had a young team this year that makes a lot of growth potential,” Palazzolo said. “(Region 6-AAA) is not a pushover region. We’re in a tough region for soccer and so as far as it goes, we’re always looking to improve, especially getting the younger (players) back in the mold and making a better team next year.”