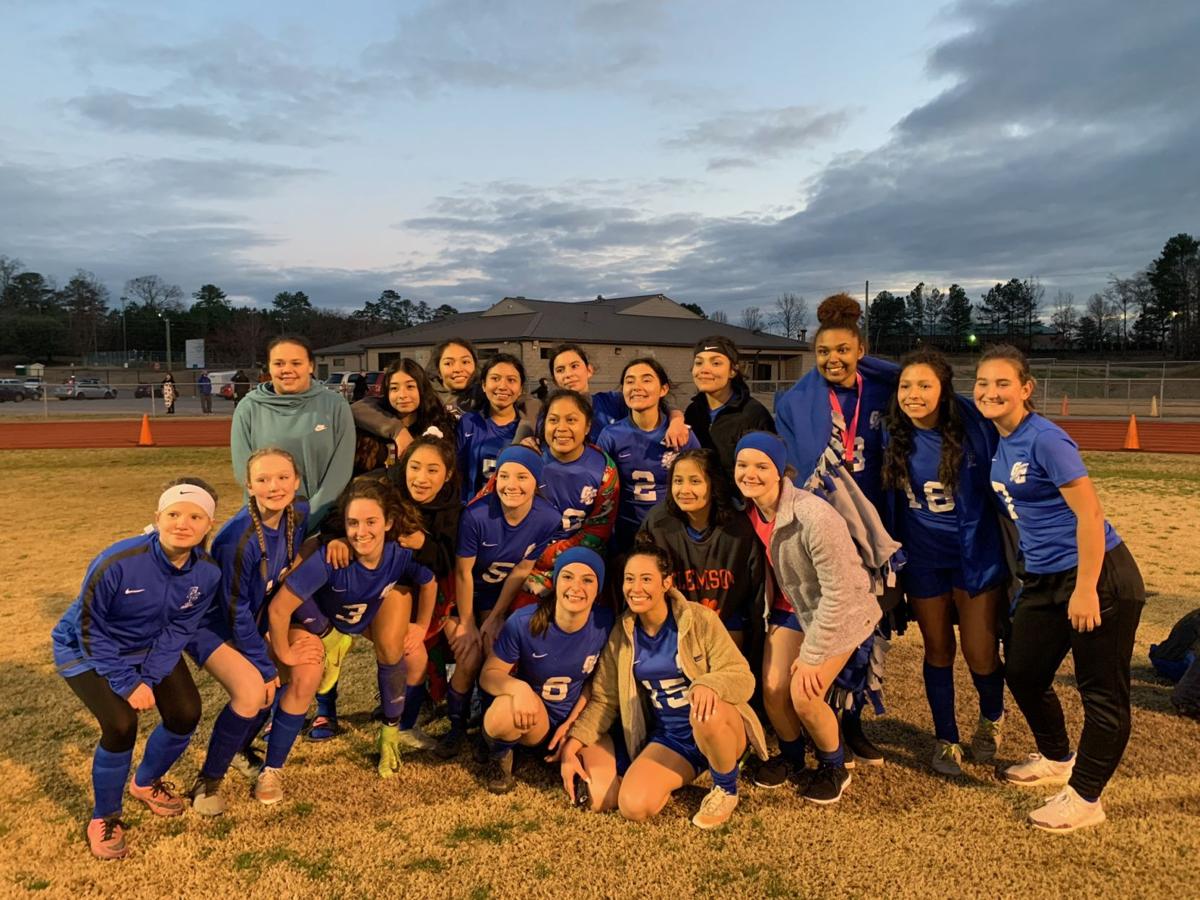 The 2020 Gordon Central Lady Warriors pose for a photo at Ratner Stadium. Spring sports were suspended on March 12 and has since been canceled statewide through the remainder of the academic year. 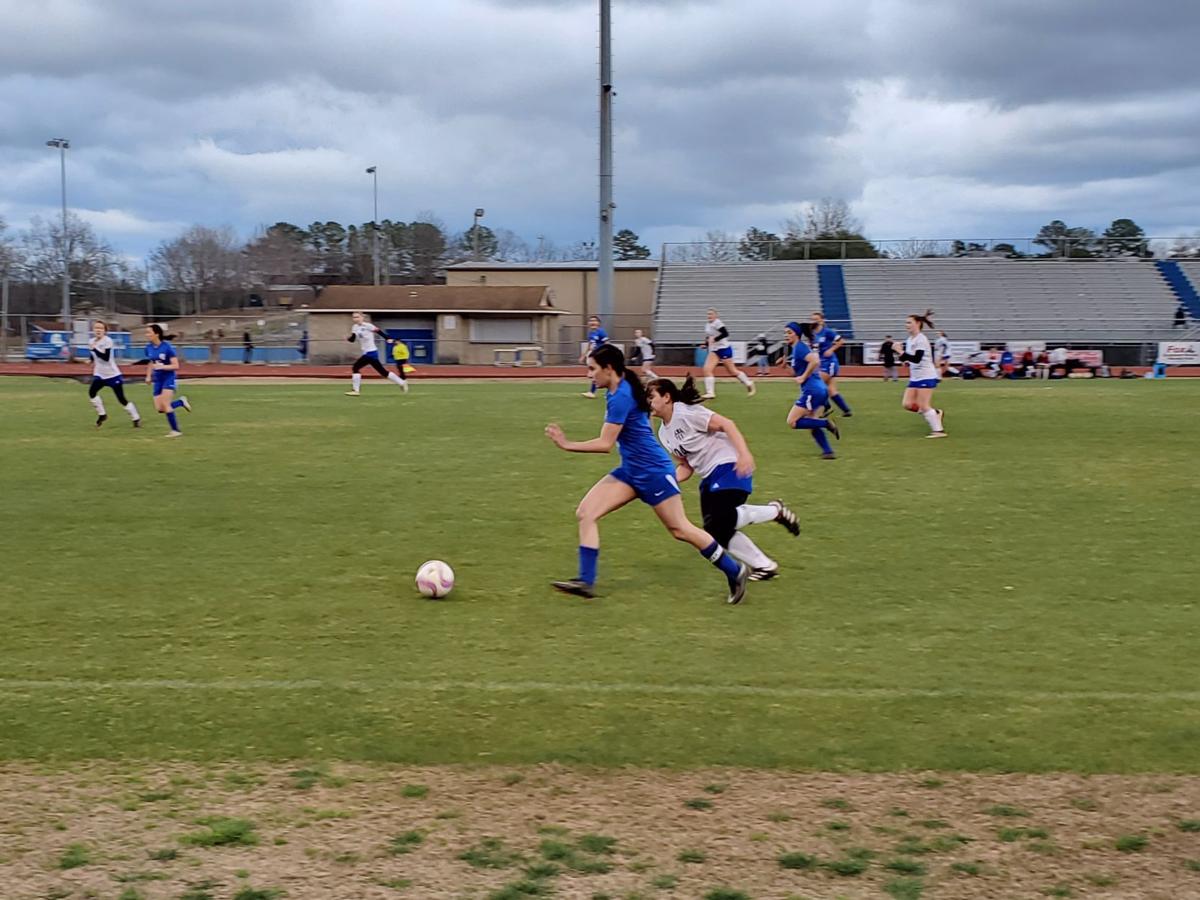 Gordon Central’s Jacky Alvarez moves downfield with the ball during the Lady Warriors’ region game against Armuchee at Ratner Stadium on Wednesday.

The 2020 Gordon Central Lady Warriors pose for a photo at Ratner Stadium. Spring sports were suspended on March 12 and has since been canceled statewide through the remainder of the academic year.

Gordon Central’s Jacky Alvarez moves downfield with the ball during the Lady Warriors’ region game against Armuchee at Ratner Stadium on Wednesday.

In line with Georgia schools closed for the remainder of the academic year, spring sports have also been canceled. There will be no spring playoff pushes, no region titles and no opportunities for schools from Class A to 7A to hoist a state championship trophy proudly over their heads.

As consequence, this also signifies no senior nights, a way to pay tribute to the accomplishments earned by the school’s respective soon-to-be graduates.

In this series, we shine a spotlight on the spring teams that never got to finish their seasons and the seniors who did not get the chance to complete their final campaigns.

While the record might not indicate it, the Lady Warriors seemed to be finding their groove at the right time. Closing the shortened season on a two-game win streak, the team had not allowed a single goal during that stretch.

“I was excited for the potential they had because I had seen them getting progressively better,” Lady Warriors head coach Matt Wiley said in a phone interview.

Wiley took over as head coach on Feb. 3, just prior to the Lady Warriors’ season opener against Calhoun. While new to the team itself, the role as girls’ soccer head coach was a familiar one. He coached both teams in 2018.

“I was familiar and knew pretty much all the girls in some capacity, whether I taught them or coached them,” Wiley said. “My first game was that Calhoun game. They gave me the job, handed me the reins at 1:00 (or) 2:00 and then the game was at 5:30, so it did not start off great.”

Gordon Central would lose its first match 3-0 and Wiley said it featured a lot of moving pieces.

“It was just kind of an all over the place,” Wiley said. “I was trying to sub kids in to figure out who fit best where, girls had gotten older, new girls had come in.”

After a 5-1 loss to Adairsville, GC picked up its first victory of the year 2-1 over Armuchee to open up Region 7-AA competition, then fell in a tight-knit 3-2 game at Model.

The Lady Warriors did not let the loss dampen their aspirations, knocking off Pepperell and Rockmart at Ratner Stadium by a combined score of 8-0.

“The girls showed a lot of heart,” Wiley said. “That was the biggest thing this year is they were bound and determined, no matter what was thrown at them, to not only win games, but to try and place high in the region. They played well together, they hustled, they were happy to be out there. We had fun.”

Wiley said when he sat down with Gordon Central athletic director Matt Swanson regarding the head coach position, the two discussed an assistant coach.

“I said she’s going to say yes, he laughed and I said, ‘I’m serious,’” Wiley said. “She’s gracious with her time. It was one of those things in the past … she’s like if you ever decide to do girls (soccer) again at some point, I’d be glad to help you out. Just us bantering back-and-forth not ever considering things would happen. After he left my room, he walked down the hall and asked her, and he came back and said well you were right. She said yes.”

Wiley said Carroll was strong on fundraising and discipline, which, in turn, helped Wiley manage both the boys and girls’ teams. Wiley added how Carroll provided a different perspective on the team.

“She was really good about reading the girls and seeing what they needed and that relayed onto the field,” Wiley said. “We worked really well together. I hate that it ended early, but that for me was one of the highlights of the season.”

When news came of the impending suspension, Wiley said be informed the team at practice, then kept in touch with them on the Remind: School Communication app. As a teacher, Wiley said the focus turned to creating online content in order for the academic year to continue as normal as possible.

“All of the sudden, I had to refocus all of my efforts only to the classroom and I didn’t touch anything related to soccer,” Wiley said. “I told them to take care of themselves and their families, stay at home and then be ready to do some schoolwork.”

While the schoolwork continues virtually, the fields stay silent. No practice and no games. This discontinuation perhaps falls hardest on the seniors, who will not get the opportunity to suit up one final time in front of the home crowd and participate in senior night honors.

“She was quick on that outside edge,” Wiley said. “She played good defense, but when we needed her to move the ball down and cross it in, she was great at that.”

“She’s got a good stride,” Wiley said. “I give her the green light … if (she) can move the ball up field, take the pressure off Salazar, take a shot.”

“She has good vision on the field,” Wiley said. “I ... moved her around her when people needed a break. She was my utility girl.”

“She runs through people,” Wiley said. “Salazar’s my breakaway kid. If she gets open space, she’s gone.”

“She’s tenacious,” Wiley said. “She’s strong-willed and has a presence on the field. Now more than anything, she’s good at challenging people.”

Sports is a uniting pastime, bringing people together over a common cause. However, with the ongoing coronavirus pandemic, we are encouraged to social distance and stay home as much as possible. While we are frustrated spring seasons ended far too early, we must also realize there are more important factors at play. Check in on your families, friends, neighbors, colleagues and community. When we are ready, sports will be there for us. It’s just a matter of making sure everyone is healthy.