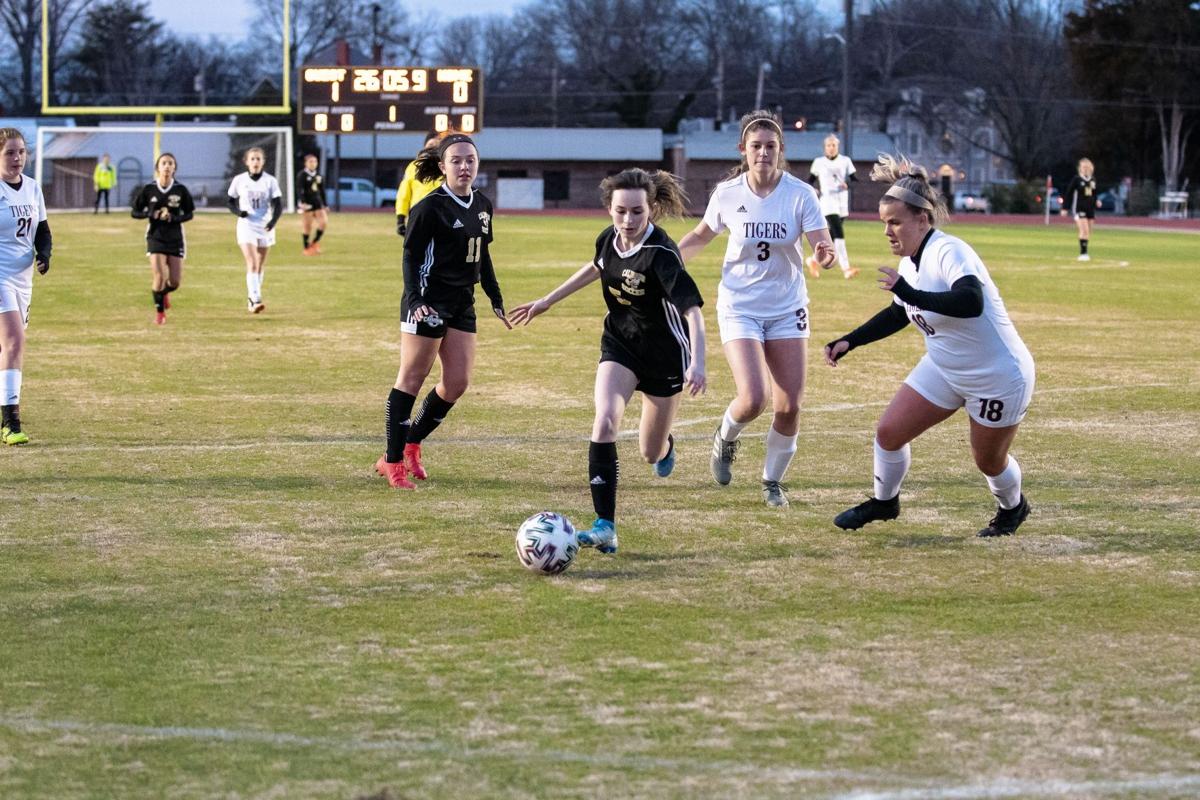 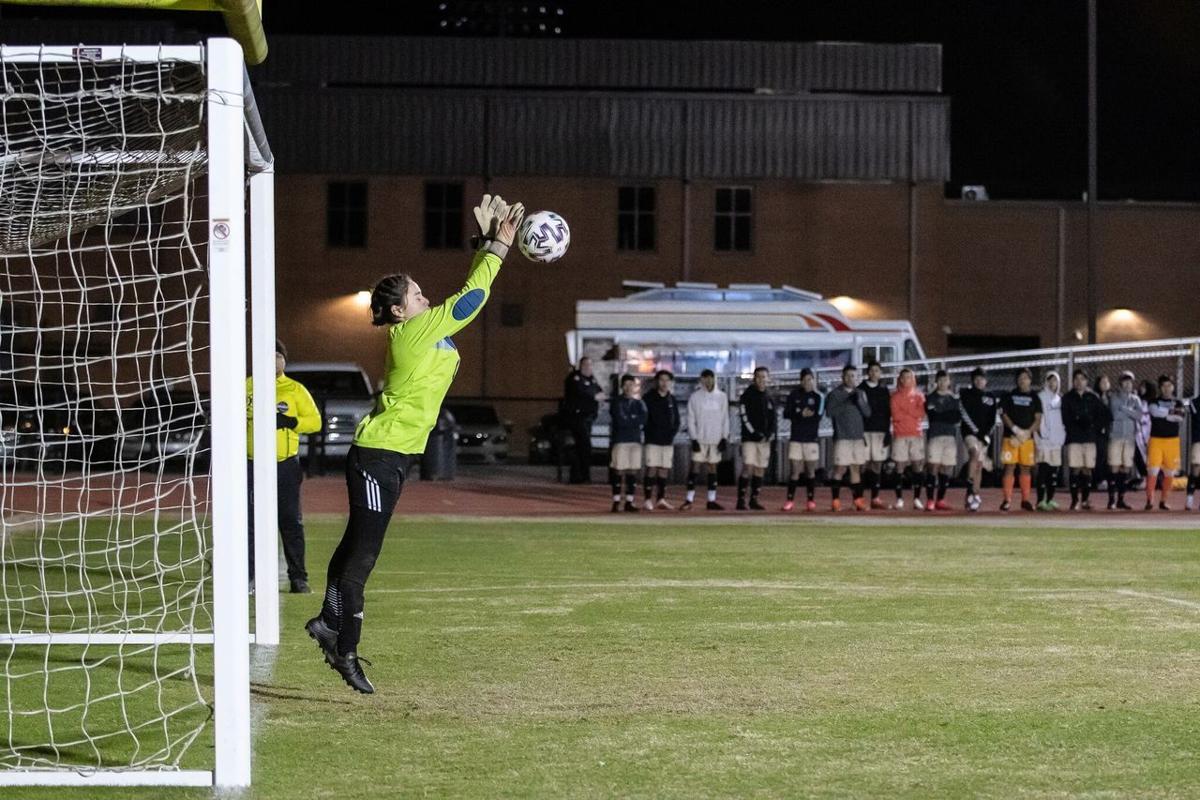 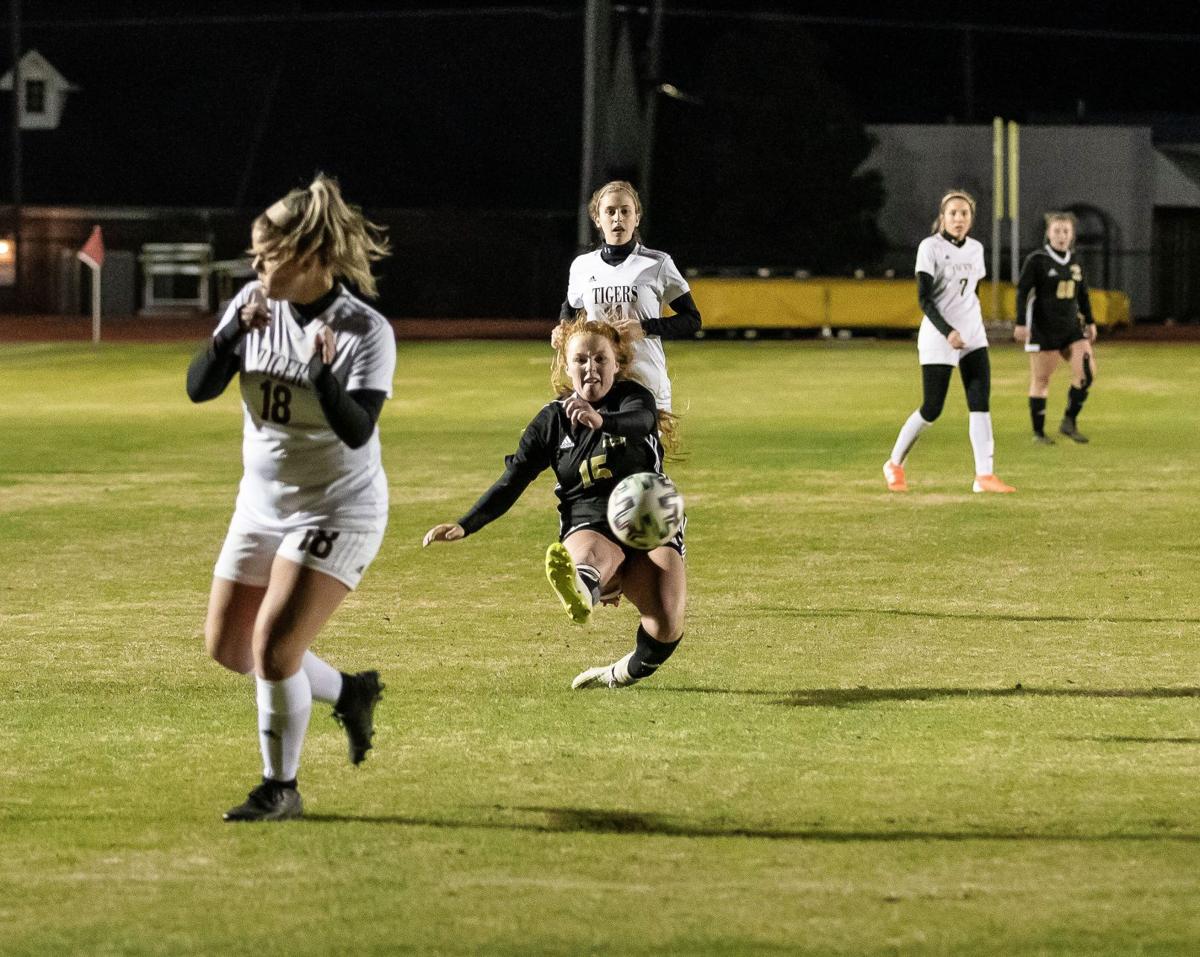 In the third edition of Spring Sports Spotlight, we feature the 2020 Calhoun Lady Jackets soccer team. Finishing at 4-4, the Lady Jackets closed on a two-game win streak with both games being against region foes.

The Lady Jackets were defending Region 6-AAA champions and were coming off a sweet 16 appearance versus the Lovett Lady Lions. A senior heavy squad last season, Calhoun’s 2020 roster was relatively young without a lot of varsity experience.

“We have a lot of talent, but the experience may not be there,” Lady Jackets head coach Taylor Sumrall said in January. “It’s not necessarily rebuilding as much as it is reloading and working in new players.”

The Lady Jackets began 2020 with a 3-0 road win at Gordon Central, followed by a 7-0 home-opener loss to Rome. This year, Rome was a Class 5A team.

After rebounding with a 9-0 victory over Cedartown, Calhoun lost three straight, including a loss to Dawson County after 14 rounds of penalty kicks.

“We started two seniors for most of the season,” Sumrall said in a phone interview. “Developing sophomores, developing some leadership, stepping up and being more vocal and working together really was one of our biggest steps. As long as they continue that, I think we’ll be fine in the future.”

Looking back on the eight games Calhoun played this season, Sumrall said the squad grew considerably.

“I think a lot of girls got a lot of good playing experience for next year and years beyond,” Sumrall said. “We played our last game without knowing it would be our last game. I hate that ... they didn’t get to know it was their last game, but we grew a lot from day one to our final days together.”

The Lady Jackets final game turned out to be a 10-0 shutdown of Haralson County on Tuesday, March 10. Two days later, the team was set to face the Ringgold Lady Tigers at Calhoun High School. However, shortly before the teams were scheduled to take the field, Sumrall received notification Ringgold would not travel that day. The suspension of spring sports eventually evolved into a total cancellation.

“The girls were more disappointed than anybody I think,” Sumrall said. “They really missed being able to hang out with their teammates and miss being a part of the competitiveness. I hate it for them most just because I get another year, but these seniors and some of these girls, they won’t get another year. I told them it is what it is and life throws you a bunch of curves sometimes and you’ve just got to be able to deal with it.”

Sumrall said his group of seniors were like his daughters.

“Personally, to me, this senior group is pretty special,” Sumrall said. “I’ve been with them for five straight years. I coached them in eighth grade and then all four years of high school.”

The 2020 Calhoun Lady Jackets Soccer six seniors are listed below:

Ashley Hartness — played varsity soccer for two seasons and played at midfield and forward. She will be playing collegiate soccer at Shorter University.

Caricia Zamora — transferred to Calhoun and competed for the Lady Jackets for two seasons. Her position was goalkeeper. She was in goal during Calhoun’s PK game against Dawson County.

Sumrall is optimistic about what the returning group gained this season, noting the strong competition Calhoun faced.

“We saw a very good Rome team. We learned a lot from that one,” Sumrall said. “We played a Dawson County team that’s typically one of the top teams in the state in 3A and we took them to 14 PKs. Getting good game experience against tough teams, especially going into next year playing in 5A, competition should be a little bit tougher throughout the region. I think there was a lot of good experience for us.”

When the Lady Jackets next take the field, they’ll be in Region 7-5A alongside Blessed Trinity, Cartersville, Cass, Hiram and Woodland (Cartersville). Sumrall said moving into and competing within 5A will be more of a mental aspect, as the Lady Jackets have previously played 5A opponents in non-region games.

“We have the talent to compete with a lot of teams in 5A,” Sumrall said. “It’s just getting over that hump of saying we’re playing in 5A. I think it’s going to be that mental aspect of thinking we’re going to be playing against a bigger school and realizing we can play with them no matter who they are.”