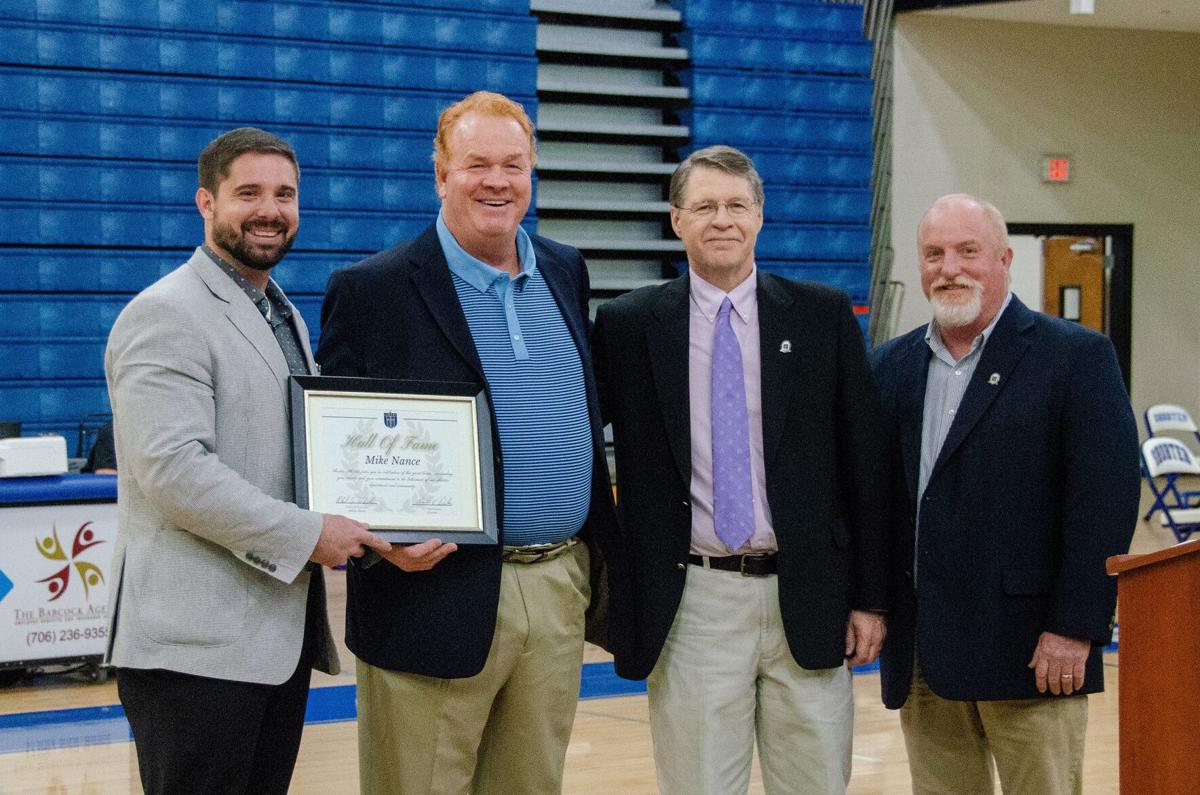 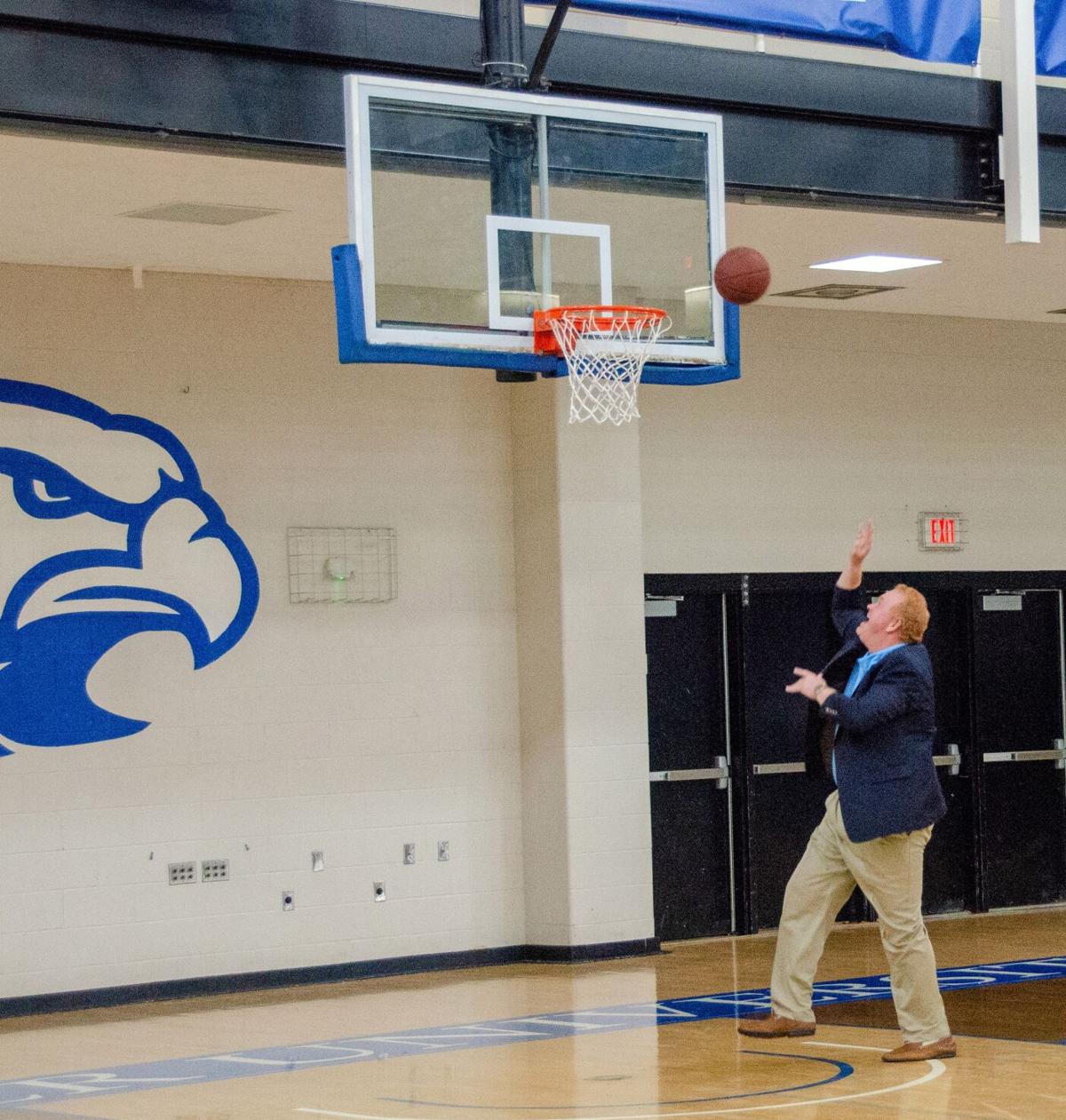 Responding to cheers from the crowd for “one more shot,” Nance sinks the ball in the net. 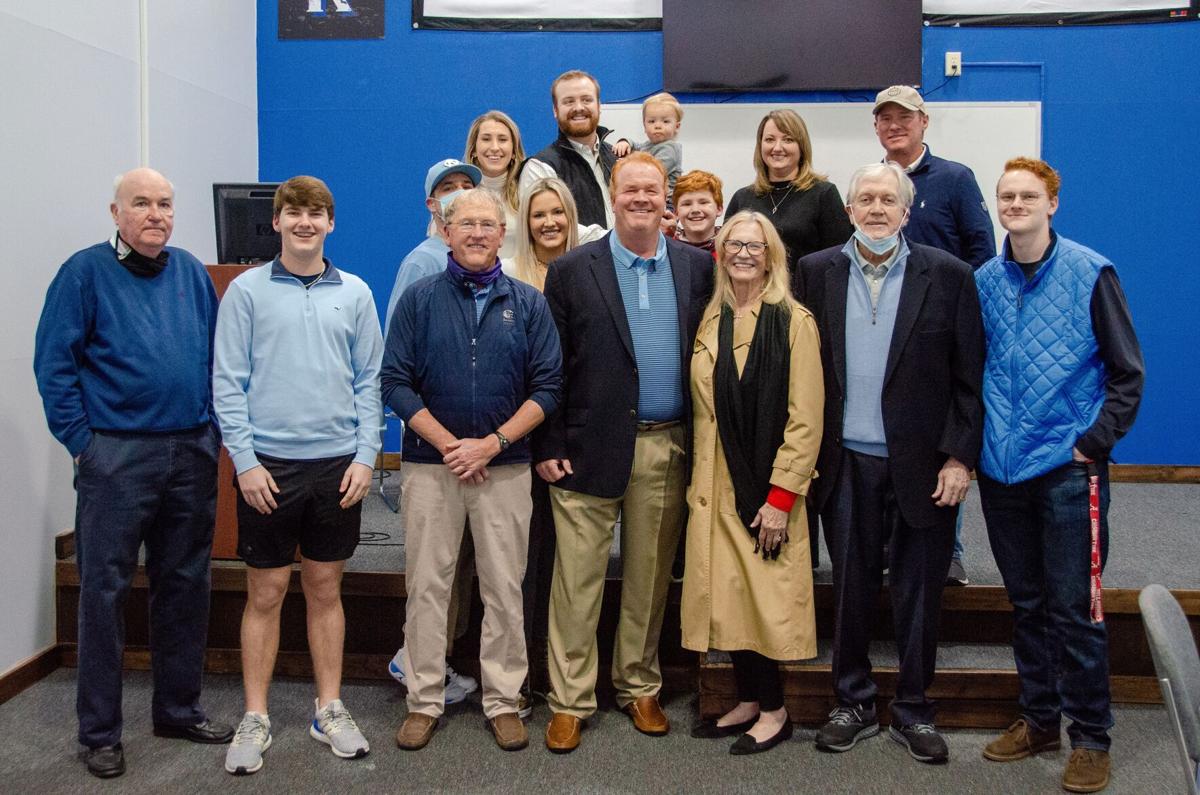 Responding to cheers from the crowd for “one more shot,” Nance sinks the ball in the net.

Shorter University recently honored basketball star Mike Nance of Calhoun as the 2021 inductee into the University’s Athletic Hall of Fame.

Nance was honored during halftime of the Hawks’ home basketball game on Friday at Shorter’s Winthrop-King Centre.

Nance began his collegiate basketball career at Valdosta State, where he was a starter as a redshirt freshman before transferring to Shorter in 1983. He was known for his leadership throughout his playing time. When he ended his career at Shorter in 1985, he was one of the most prolific shooters in school history. He was the all-time single season leader in field goal percentage at 58% and all-time single season free throw percentage leader at 98%, missing just one free throw from the line in the 1985 season. Mike was also voted on to multiple tournament teams and was named MVP in multiple tournaments.

“We are very proud of Mike Nance’s athletic legacy at Shorter University,” said University President Dr. Don Dowless. “A leader on the court, he has continued to excel as a leader throughout his life and career. He is widely recognized for his impact on young men and women and is seen as a community role model. We celebrate his accomplishments and are delighted to welcome him as the newest member of Shorter University’s Athletic Hall of Fame.”

After graduating from Shorter, Nance started a rewarding career with his family’s flooring business in Calhoun. Nance Industries, originally Nance Carpet and Rug, was started in 1972 with the dream and determination of a young mother who turned carpet scraps into quality rugs. Carol Nance and her husband, Bob, have grown the company from a small cut rug operation to now operating in five manufacturing plants spread across the north end of Calhoun. Mike serves as principal for the company, helping grow the business to having 200 employees and to selling to major retailers and flooring dealers across the United States and abroad. Built on the power of women in business, Nance Industries is proud to be the largest woman-owned company in the flooring industry.

Mike was inducted into the Calhoun-Gordon County Sports Hall of Fame after having a storied high school career at Calhoun High. His 51 points in a single game has been a record for 40 years.

He has continued to compete in local and state sports competitions.

He has won numerous national, state, and local Golf and Tennis tournaments since his graduation from Shorter in 1986.

In 2018, at the age of 56, Mike and his good friend David Noll won the Georgia State Golf Association’s Four Ball Championship at Coosa Country Club. He was also undefeated on his men’s Tennis team that won the Southeastern State Team Championships; that team included three other Shorter graduates.

Mike is the son of Bob and Carol Nance. His father was an all American in 1963 and a three-time Hall of Famer that played basketball at Oglethorpe University. Mike has three grown children: Presley, Nash and Robert Michael.

Final thoughts from Rep. John Lewis to be published in July