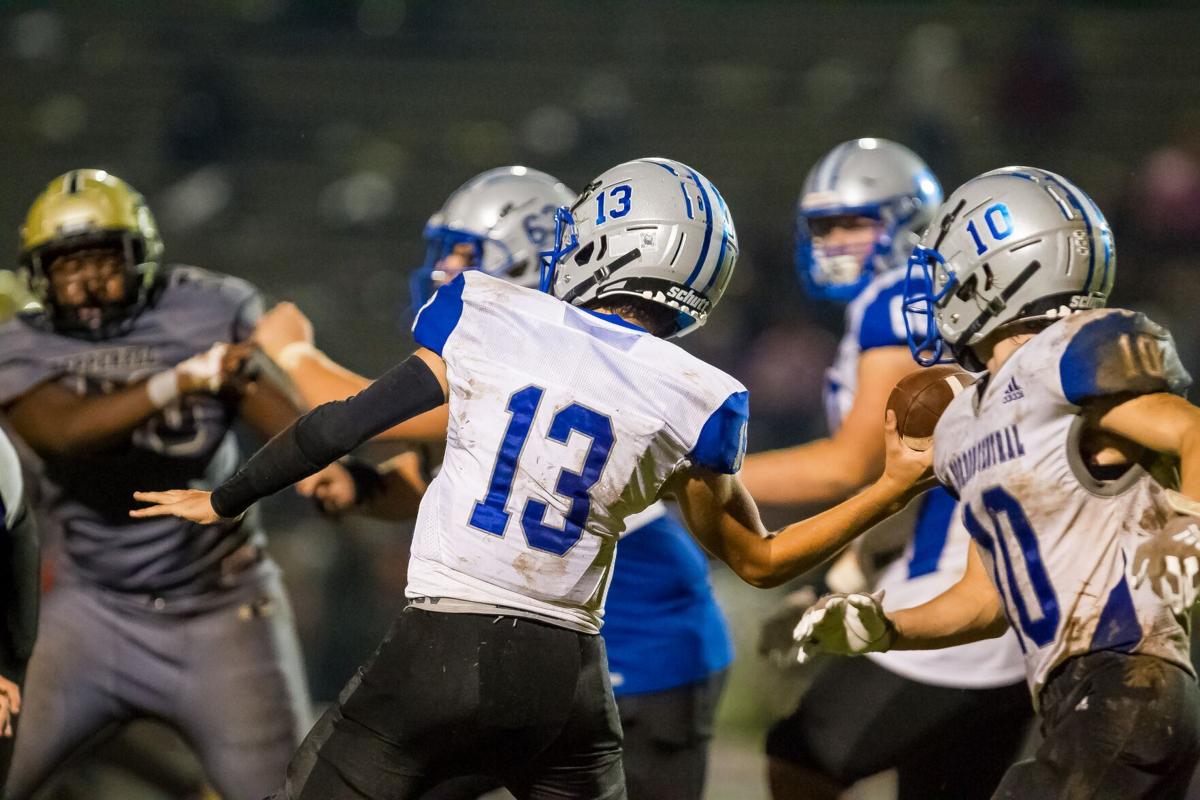 Warriors quarterback Peyton Wilson looks for an open receiver in a 39-14 loss on the road at Pepperell. 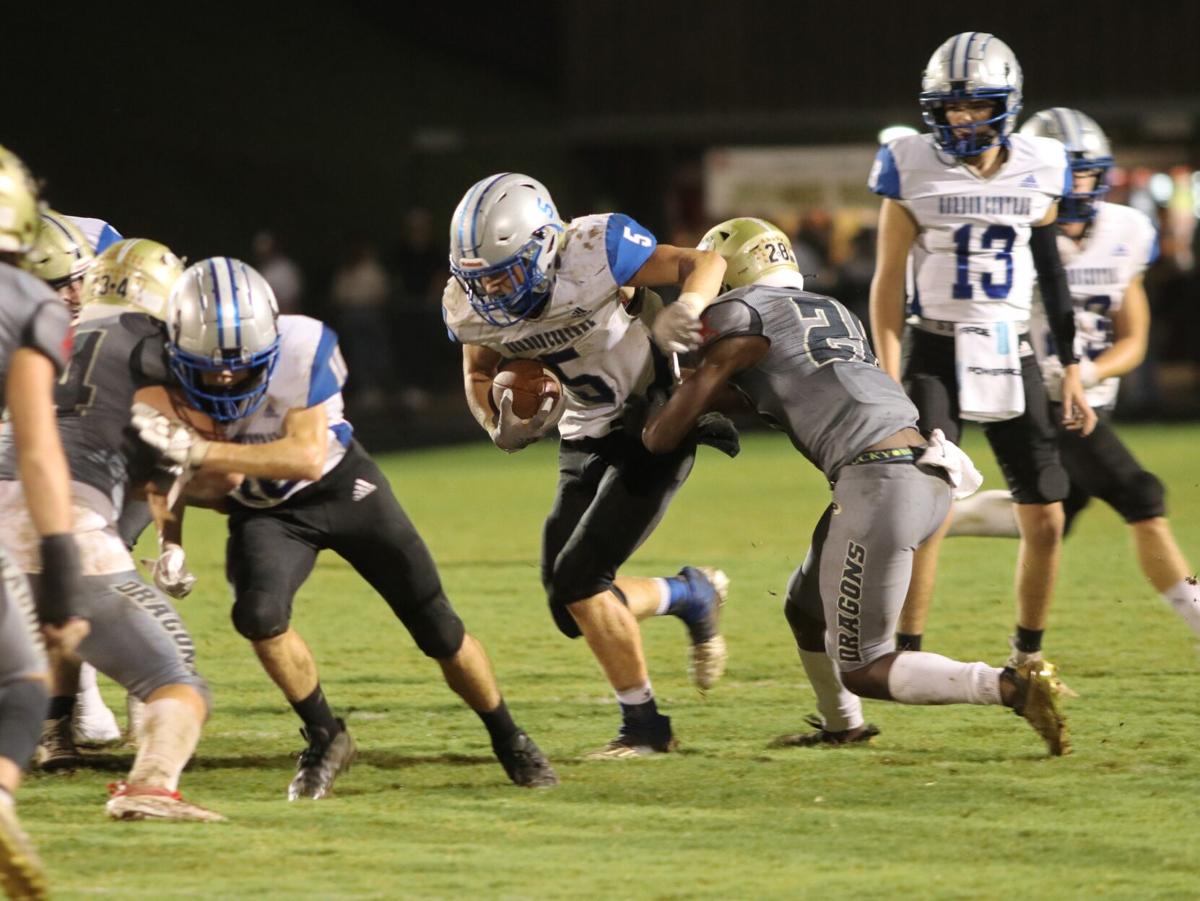 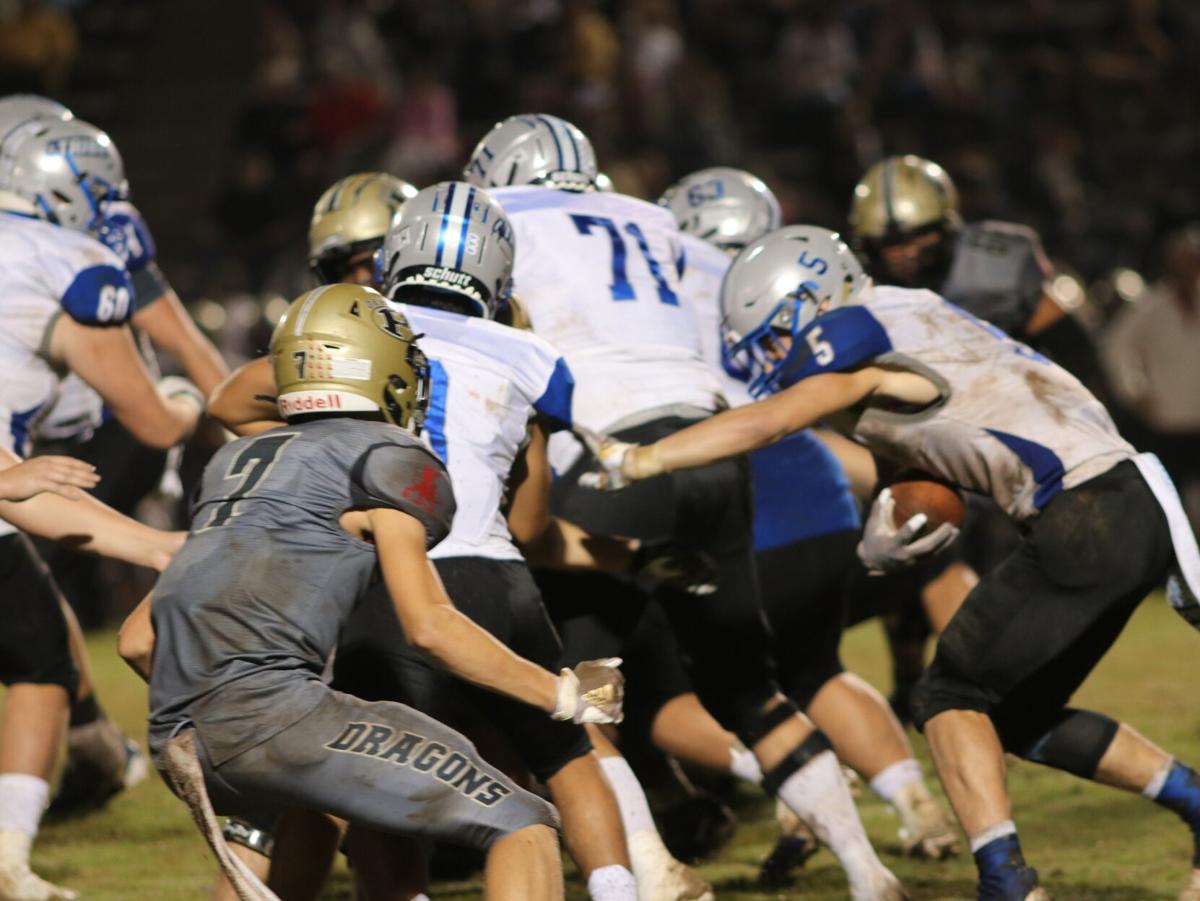 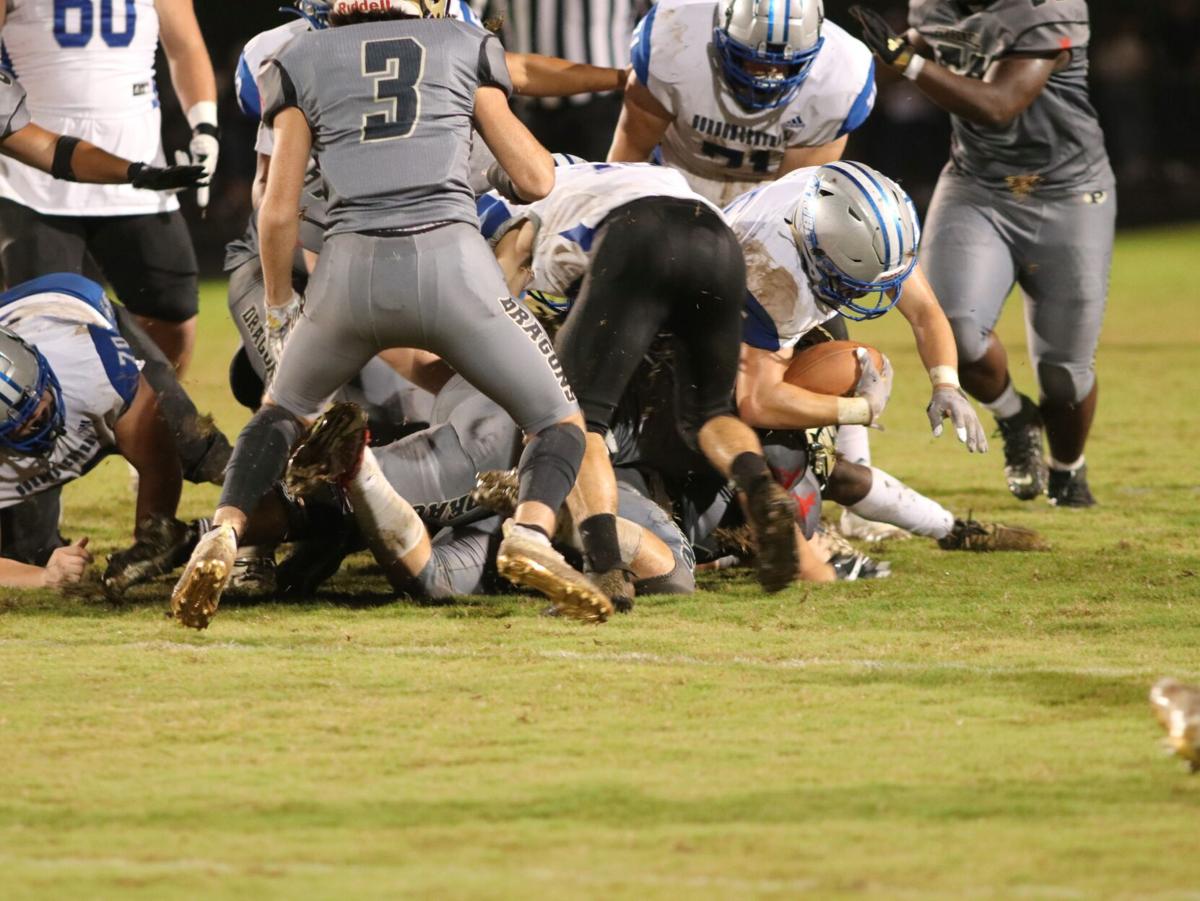 A Gordon Central ballcarrier leans forward for a small gain against Pepperell. 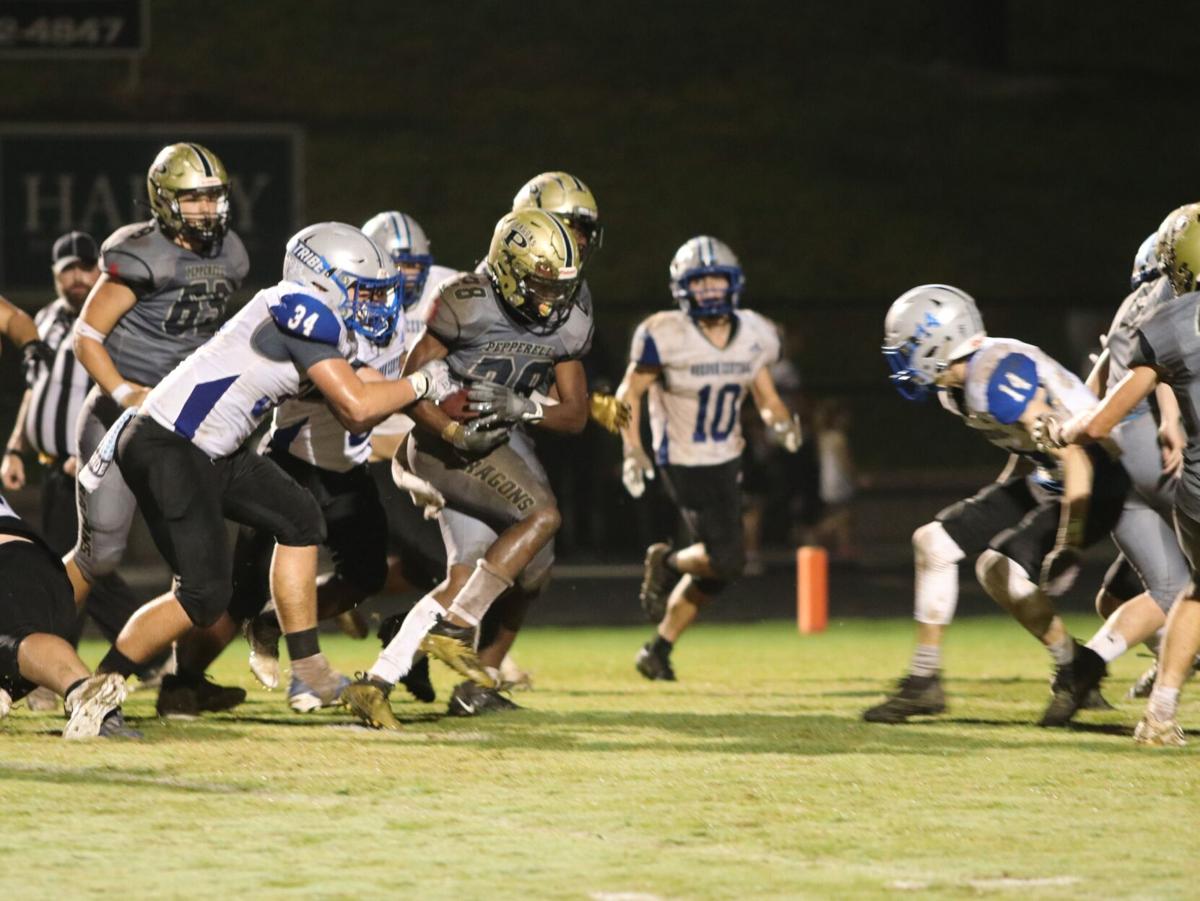 Gordon Central defender Peyton Chastain holds on to a Pepperell running back. 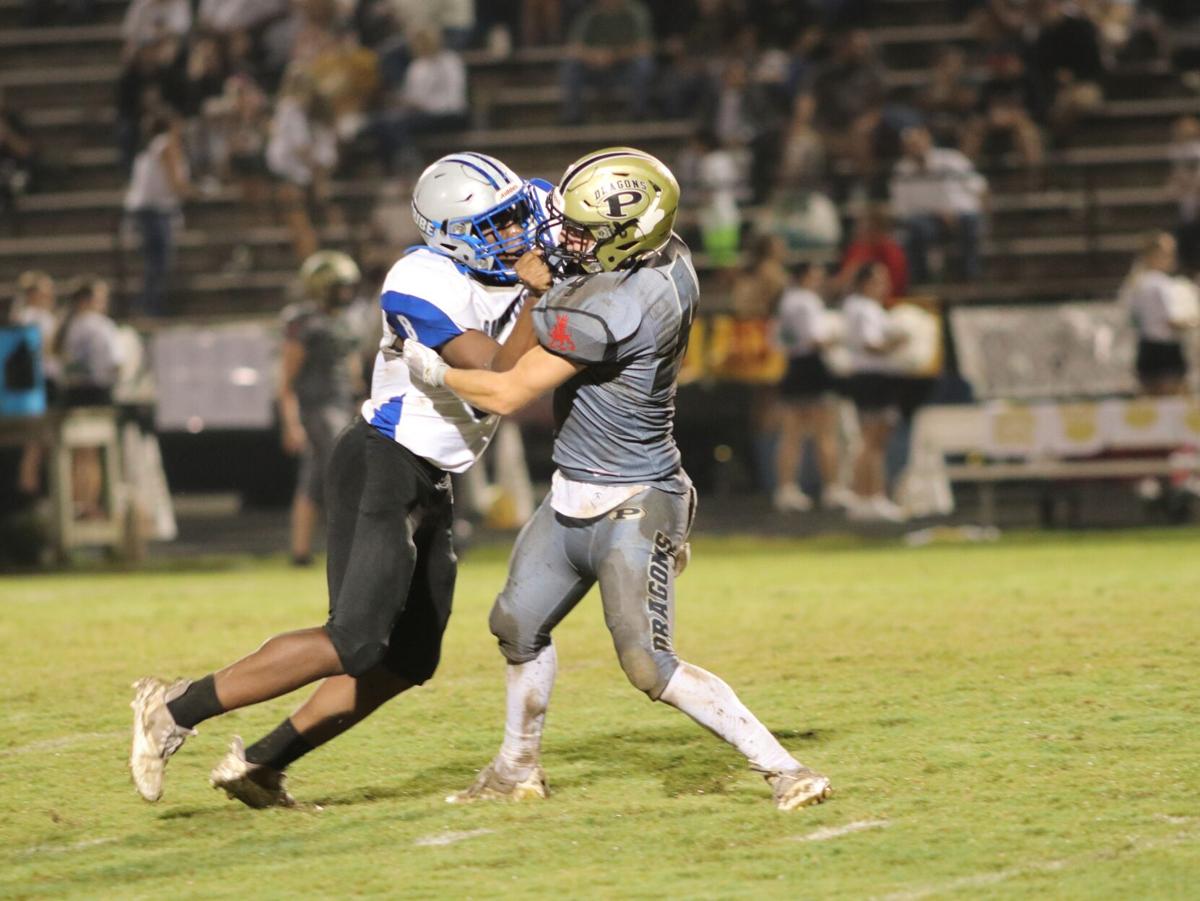 Warriors quarterback Peyton Wilson looks for an open receiver in a 39-14 loss on the road at Pepperell.

A Gordon Central ballcarrier leans forward for a small gain against Pepperell.

Gordon Central defender Peyton Chastain holds on to a Pepperell running back.

The Gordon Central High School football team will have its own version of Thursday night lights this week when they travel to play winless Coosa in a AA Region 7 matchup.

Originally, the teams were to meet Friday night in Rome but the game has been moved to Thursday and the Warriors are looking to take advantage of the shortened week.

Make no mistake, the Tribe is getting better.

They may not yet be winning games, but their stretches of success in games are getting longer each week.

Last Friday night they hung with Pepperell for three periods before things got away in a 39-15 loss to the Dragons.

The Warriors trailed just 16-6 midway through the third quarter and Pepperell never was in total control until they scored 17 points in the fourth.

The home team started the game like they were going to run away with it, driving from their own 45 to a first-and-goal at the Warrior 3.

But the Gordon Central defense had its finest moment of the year at that time making a goal-line stand, only to see a shaky pass interference call on fourth down give the Dragons another first-and-goal, this time at the five.

However, the defense got big again and forced a turnover, giving the visitors the ball at their own 7.

But on the fourth down punt from their own 12, their punt was blocked and rolled out of the end zone for a safety and a 2-0 Pepperell lead six minutes into the game.

They would add on to that lead with a touchdown after the free kick by GC. Overcoming four penalties but aided by a Warrior personal foul infraction, the Dragons went from their own 49 to the GC 19.

From there, on back-to-back runs by the quarterback, Pepperell got into the end zone and then added the extra-point for a 9-0 lead as the first period came to an end.

They would add another touchdown to lead 16-0 at halftime before Gordon Central cut the margin to 16-6 in the third stanza with its first score of the game.

The Warriors would later have a chance to get within one score but missed a field goal after a bad snap.

So now Gordon Central goes after it against Coosa, which has struggled to this point, standing 0-6 overall and 0-2 in the Region after losing their opener 37-7 to Model two weeks ago and then falling 40-3 to Chattooga Friday.

In their six games, the Eagles have been outscored 286-40 and have scored just five touchdowns this season. All that should inspire the Warriors to come out pumped up and focused on doing their jobs and putting their best foot forward against an opponent that has had a hard time moving the football.

In their first two region games, the Eagles have yet to record 200 total yards in offense as they had just 85 against Coosa with 20 in the air and another 65 on the ground.

After the first three weeks of Region play, Chattooga and Fannin County are both 3-0 with Dade County also owning a share of first place because they are 2-0. And both of those region victories for DC are by a combined four points after the Trojans narrowly beat Model, 20-17 Friday night.

Pepperell and Model are each 1-2 and tied for that fourth and final playoff spot while Coosa is 0-3 in the league and Gordon Central is 0-4.

So Gordon Central and Coosa are at this point spoilers in the league but what each of them would really love to do is spoil the others Thursday night with that first win of the year.

Wilmington economy saw a shift in the past decade, with 20,000 jobs added during that time