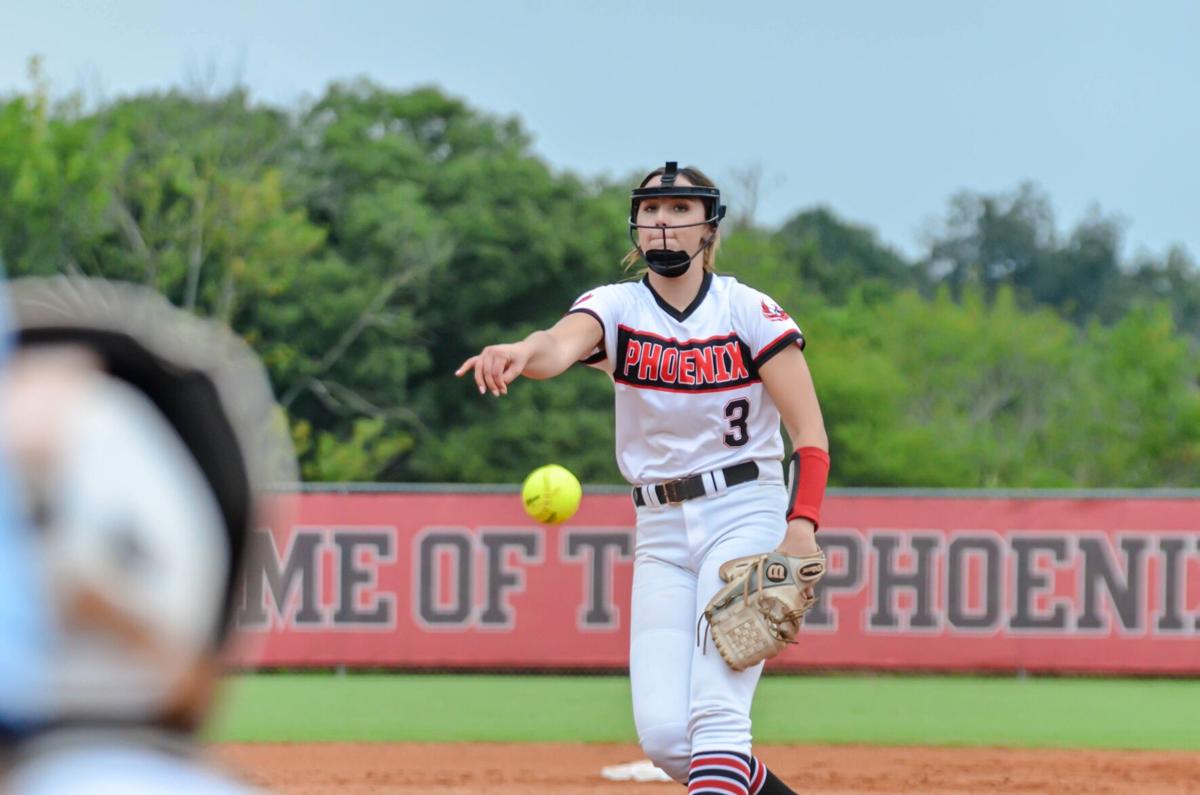 Senior hitter Taylor Long puts a good swing on a pitch during the Phoenix loss to Ringgold Wednesday evening. 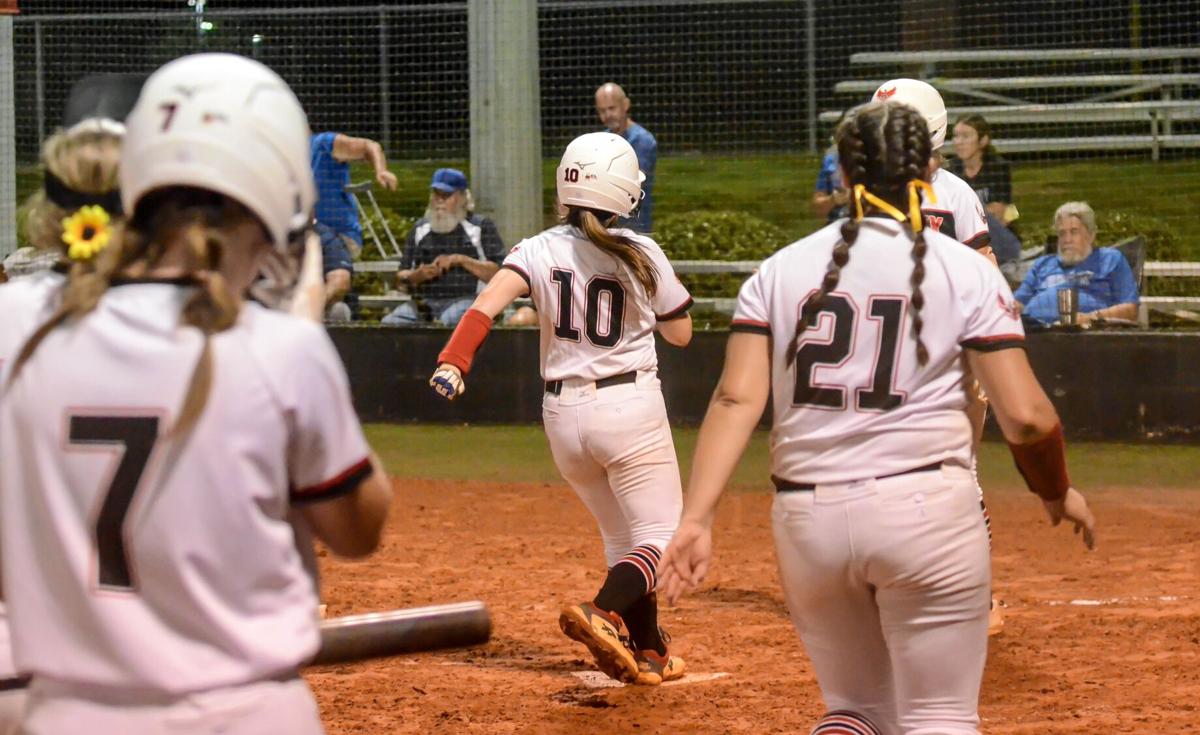 Senior hitter Taylor Long puts a good swing on a pitch during the Phoenix loss to Ringgold Wednesday evening.

The top-ranked Sonoraville High School softball team is no longer unbeaten. Overall or in AAA Region 6.

But the Lady Phoenix are just fine.

They went into this week after their Saturday matinee afternoon showdown against neighboring rival Calhoun still the Region favorite even as the league race remains tight.

And the Phoenix had a big road showdown Thursday at Rockmart with those two teams both tied for first place in Region 6 with 5-1 records. (Details of that game were not available at press time).

While the present is very bright for the Phoenix, so is the future and head coach Chad Hayes and his staff gave the Phoenix softball faithful a glimpse of how the team might look in a couple of years against Ola, fielding pretty much a ninth grade varsity team against the Mustangs last Friday at the Buccaneer Bash in Allatoona, by starting eight freshmen.

That game wound up being their first loss of the year, but the young team hung tough with the Mustangs not pulling away until late in the contest.

They also divvied up the pitching duties with senior ace Taylor Long not going that outing, but instead pitching the second game of the day, a 5-0 win over highly-touted Cherokee later in the day.

In the second game at Allatoona, Long was back at work, striking out 15 Cherokee hitters for their sixth shutout win of the year.

It was a 0-0 game until the top of the seventh inning, when they scored five runs to break it open.

Freshman Molly Speach was 2-for-3 to pace the offense that saw seven different girls collect at least one hit. Taylor Martin added a double and two RBI and Kelly Green had a double and an RBI.

On Wednesday, the Phoenix got back into AAA region 6 action and lost a tough 4-3 decision to Ringgold to tighten up the nine-team race.

The Tigers had Sonoraville playing from behind immediately, scoring two runs in the top of the first for a 2-0 lead.

The home team got a run back in the bottom of the third to cut that lead in half but Ringgold scored a solo run in the top of the fifth to go up 3-1.

Sonoraville tied the game with a two-run sixth inning but Ringgold answered with the game-winner in the top of the seventh to complete the scoring and move within a game of first place in what has become a pretty tight playoff race at the top.

Freshman infielder Taylor Martin led the offense with two hits, including a home run, and two RBI. Long, who suffered her first loss of the year as a pitcher, was 2-for-2, along with Speach, who was 2-for-2 with a walk and a run scored.

Going into Thursday night’s game, Sonoraville and Rockmart were tied for first place in 3-A Region 6 with 5-1 records. LaFayette had played a couple of less games but was even in the loss column with those two teams with a 2-1 record.

Ringgold improved to 4-2 with their victory over the Phoenix for fourth place and the final playoff berth out of Region 6 but Lakeview-Fort Oglethorpe and Murray County were each 3-3 and tied for fifth place.

So six teams are presently vying for four playoff berths and that means there will be a lot of tough and tight contests during the final three weeks of the season.

Besides having the same record in the conference when they met Thursday night, Sonoraville and Rockmart also had the best overall records. The Phoenix were 10-2 going into the game while the Yellow Jackets were 8-3.