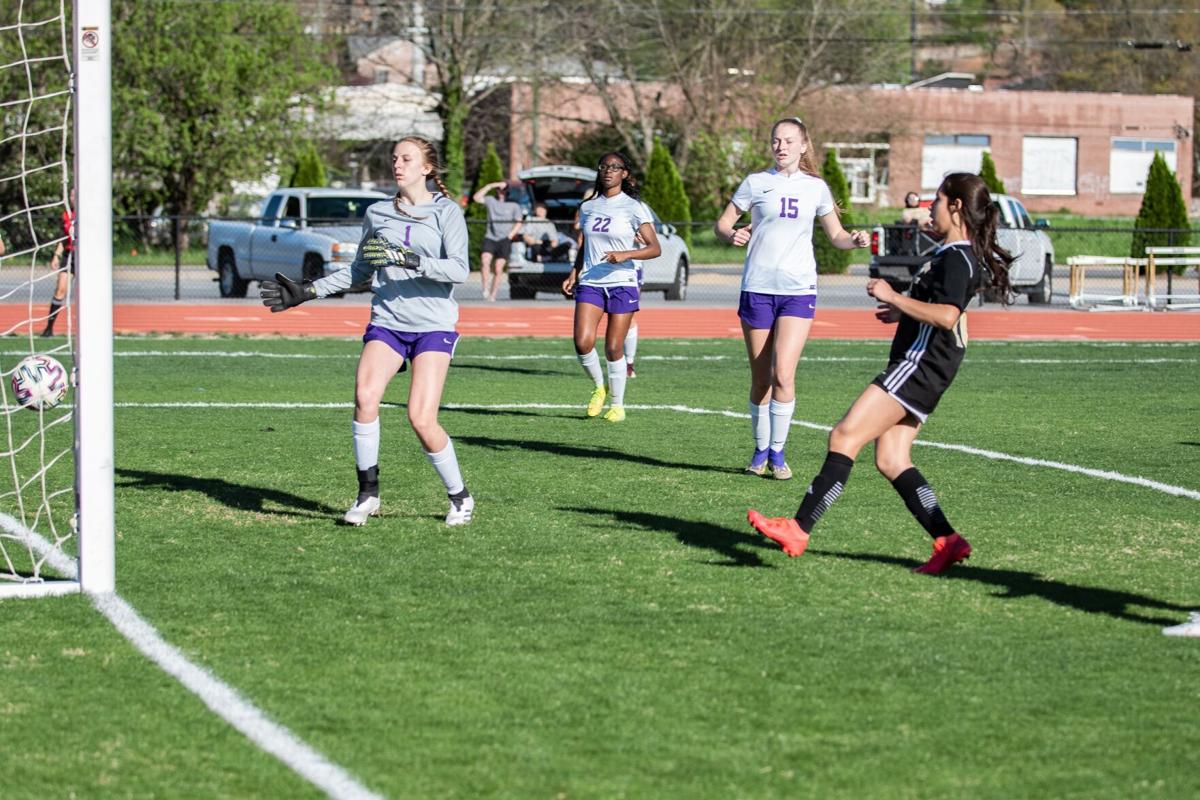 Calhoun’s Joanne Garcia scores early against the visiting Lady Hurricanes as the Lady Jackets clinch a region 7-AAAAA No. 2 seed with a 4-0 win. 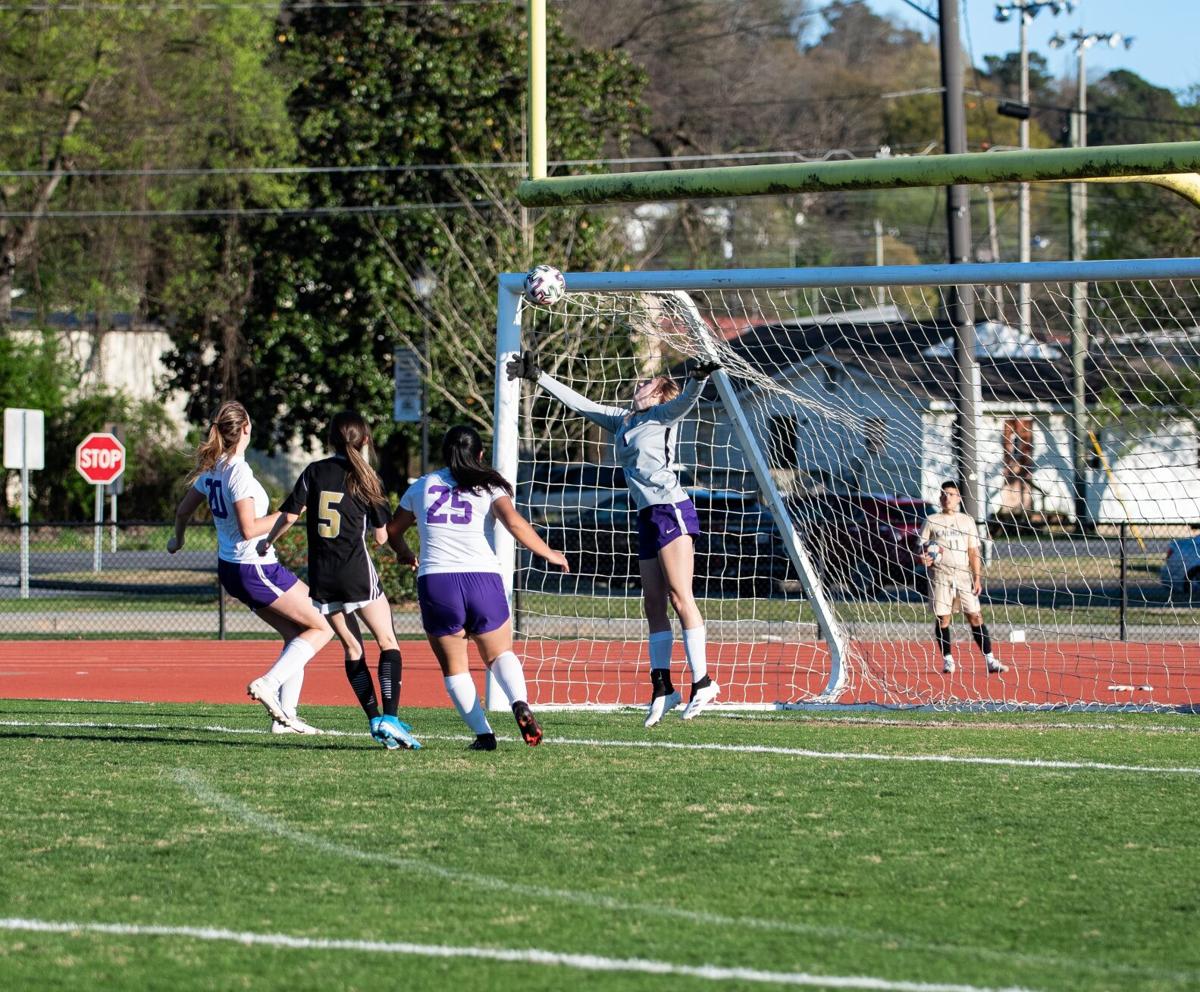 A second effort pays off for Hannah Dimeler, as she scores in the second half against Cartersville. The 4-0 win sealed the Lady jackets into 2nd place spot in the region.

Calhoun’s Joanne Garcia scores early against the visiting Lady Hurricanes as the Lady Jackets clinch a region 7-AAAAA No. 2 seed with a 4-0 win.

A second effort pays off for Hannah Dimeler, as she scores in the second half against Cartersville. The 4-0 win sealed the Lady jackets into 2nd place spot in the region.

With a lot on the line, the Calhoun Lady Jackets knew a fast start was a must on Monday afternoon when they hosted Cartersville in a huge Region 7-AAAAA matchup. Their hope was to grab the momentum early to put the pressure on the visiting Lady Canes.

That plan was executed to perfection as Calhoun scored two goals in the first 20 minutes of the game and never allowed Cartersville to get back in it as they earned an impressive 4-0 victory to wrap up region play and clinch the No. 2 seed from 7-AAAAA, which also ensures them of a first-round home game in the Class AAAAA State Tournament.

Calhoun (8-5-1, 4-1 in 7-AAAAA) dealt the first blow in the seventh minute as Erika Guzmen connected for a goal to put her team up 1-0 and put the Lady Canes’ backs against the wall early in the first half.

The Lady Jackets continued to control possession and create chances and found the back of the net once again in the 19th minute as Joanne Garcia deposited a goal off a nice pass from Hannah Dimeler for the assist to make it 2-0.

“We talked before the game about coming out and playing well early because that would go a long way in deciding the game,” said Calhoun head coach Taylor Sumrall. “You don’t want to get behind and have the momentum go the other way so we wanted to make sure to start fast. The girls really came out and played hard from the first whistle. Those couple of goals early really gave us come confidence, and they never really looked back after that.”

The score remained 2-0 in favor of Calhoun going into halftime. Cartersville (6-5-1, 3-2 in 7-AAAAA) showed some fight early in the second half as they gained more possession time and tested the Calhoun defense multiple times, but each time the Lady Jackets stepped up to the challenge to turn possible goal-scoring opportunities away.

That back line of the Calhoun defense was anchored by goalkeeper Tatum Ballinger who recorded the shutout as she made five saves.

“We have a pretty strong defense,” said Sumrall. “They know each other well and are smart soccer players. We had some injuries earlier this season, but they have come together since then and played really well. We kept them off the scoreboard today, and it’s hard to lose when the other team doesn’t score.”

Despite the two-goal lead in the second half, the Lady Jackets weren’t satisfied as they continued to put runs together and create shots on goal. They added to their advantage in the 55th minute as Anna Brannon took a long pass from Kenadi Morgan, got behind the Cartersville defense and shot the ball past the keeper for her team’s third goal of the day. Morgan got the assist on the goal.

Calhoun put the final icing on the cake in the 65th minute when Dimeler gathered a loose ball off a rebound and shot it into the goal to make it 4-0.

“We were happy with where we were at halftime at 2-0, but we knew if we wanted to be happy at the end we had to keep putting goals on the scoreboard,” said Sumrall. “The girls continued to play hard and aggressive in the second half, and we were able to put two more goals in there to put the game away.”

The victory wraps up the Region7-AAAAA schedule for Calhoun as they clinched the No. 2 seed and the right to host a first-round state tournament game in a few weeks. Sumrall said he is proud of the way his team has rebounded from their loss to Blessed Trinity to finish the region strong and accomplish a lot in their first season in Class AAAAA.

“After we lost to Blessed Trinity, our goal was to go undefeated for the rest of the season,” said Sumrall. “With the win today, we’re on track for that No. 2 seed in the region. That’s not bad for our first season in 5-A. We’re excited to get to play at home in the state tournament, but we don’t want to be satisfied with just doing that. We want to keep working and getting better each day so we can be ready to make a good run in State.”

Calhoun was back at home on Thursday to host Sequoyah in a non-region contest. They are on the road on Wednesday (April 7) to visit First Presbyterian Day School (Macon) at 5 p.m.