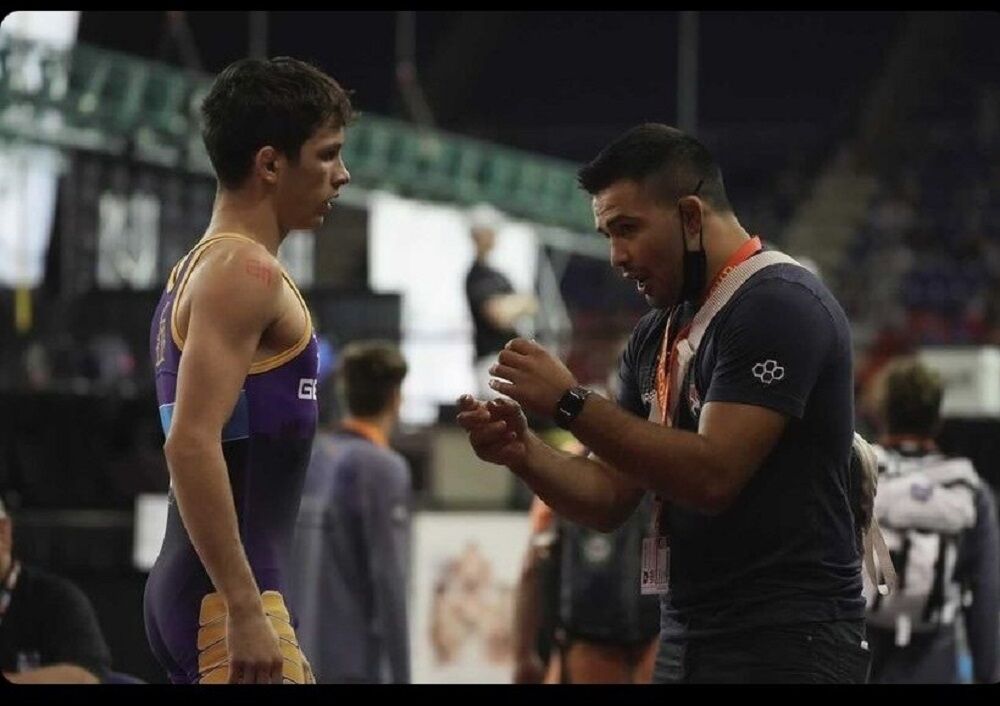 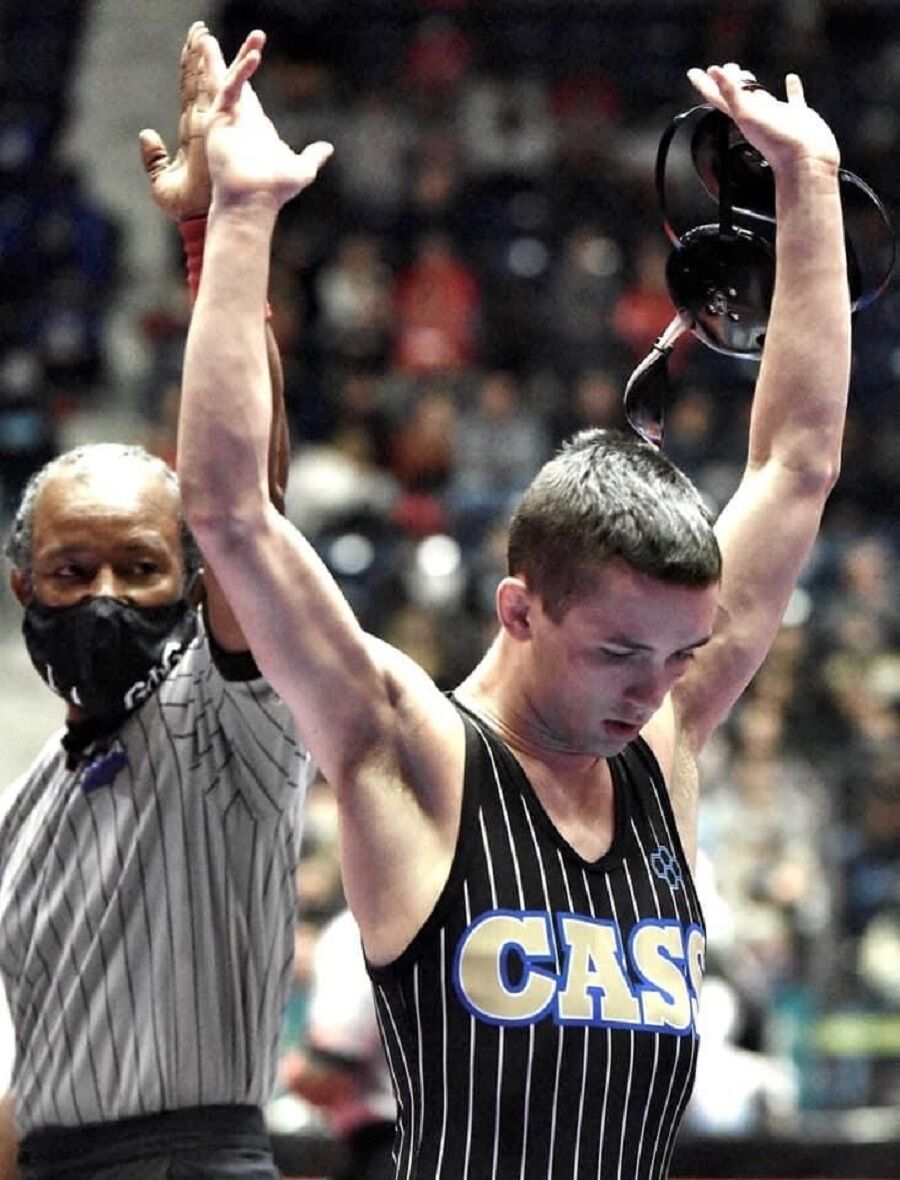 A senior at Cass High School where his mom Randa works, Hunt has won a pair of state wrestling titles. 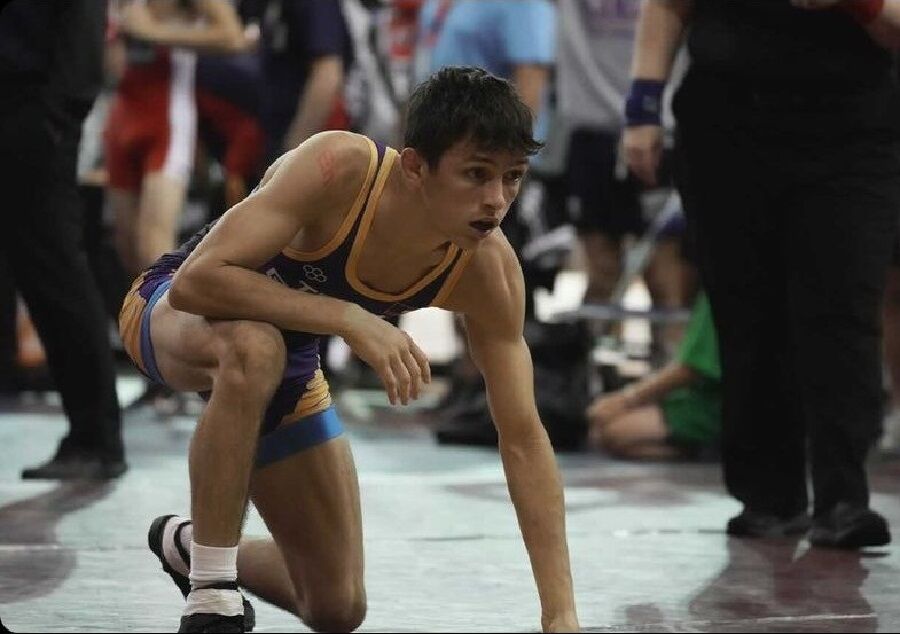 In April, Cole Hunt competed in the NHSCA High School championships in Virginia Beach, Virginia and went undefeated in taking the 116 weight class. 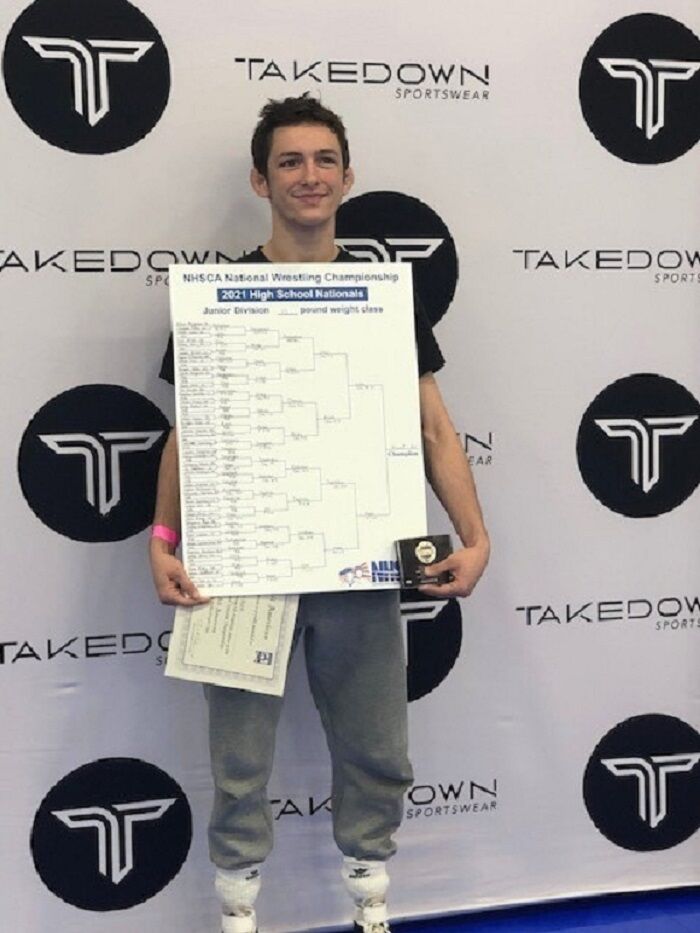 A senior at Cass High School where his mom Randa works, Hunt has won a pair of state wrestling titles.

In April, Cole Hunt competed in the NHSCA High School championships in Virginia Beach, Virginia and went undefeated in taking the 116 weight class.

Cole Hunt has a long list of success as a wresting champion.

But in a lot of ways, the Sugar Valley resident who is beginning his senior year at Cass High School is really just getting started.

And this is a young man for whom the word offseason doesn’t appear to be in his vocabulary because he has continued perfecting his craft since the high school season ended in February.

In April, he competed in the NHSCA High School championships in Virginia Beach, Virginia and went undefeated in taking the 116 weight class.

There were 182 wrestlers in his bracket when the competition began and a couple of days later, Hunt had secured the gold.

“It was a real tough tournament,” Hunt said. “There were a lot of a very strong wrestlers in my bracket. But I just went out there and wrestled as well as I could and have fun in each match.”

Also earlier this year, Hunt represented the state at the prestigious Junior Duals event in Tulsa, OK and he rolled through the competition, winning the 120-pound freestyle bracket.

And he earned All-American status with his sixth place showing in the 116 category at the US Marine Corps Junior National Championships in Fargo, North Dakota.

“Things are going very well right now,” Hunt said. “ I feel like it’s been a good year and I’ve got a lot of good training in by going to these different competitions. And I’ve been able to get a lot of good work in and work on some things.

“The competition in Virginia was really good for me because you got to wrestle both freestyle and (Greco-Roman) style and I like that. That was a lot of fun actually, being able to wrestle a different way. So I think things are going really good right now and I’m just getting ready for my senior year and wrestling with my team at Cass.”

And that last sentence may be why for Hunt, who has verbally committed to wrestle at the University of North Carolina in Chapel Hill, the best may be yet to come.

With this being his last year of high school competition besides pulling off the rare accomplishment of winning a third straight state championship and possibly at a higher weight level, Hunt wants his Cass teammates to go out with a roar.

“I’m really looking forward to my senior year and wrestling one last time with all my teammates,” he said. “ I’m really excited about it. I think we’ve got a chance to have a great team and these are the guys I’ve been wrestling with ever since I was little, so I’m excited about it. But it’s going to be bittersweet as well. It will be our last time together as a group and that’s hard to think about. So I no we’ve been working really hard and we want to just go out there and have the best year we can.”

He had a lot of schools around the region and the country clamoring for his services, but hunt said as soon as he went to Chapel Hill and met the North Carolina coaches, he knew he wanted to be a Tar Heel.

“As soon as I went on my visit I knew I wanted to go to North Carolina because the coaches and the facilities were all just amazing,” he said “The school itself was amazing. But I just hit it off with the coaches and I know they have a very strong program. So I’m incredibly excited about going to college and wrestling at North Carolina, but there is time for that. First, I just want to have a great senior year and enjoy my time with my teammates.”

Hunt began his amazing scholastic career with 63 wins as a freshman and was even more dominant as a sophomore, winning all of his 45 matches by pin en route to undefeated 113-pound state championship. Then last year he won 39 matches for the Colonels and was the state champion again, this time in the 121 weight class.

Hunt said he is preparing to win a third state championship and blocks out the rest of the noise.

“I am not feeling any pressure at all regarding (a state championship),” he said. “I’m having too much fun. I really enjoy wrestling and I work on my strength and conditioning all the time and I make sure I’m ready for every match, so when it’s time to go, I’m ready. I have my routine I go through to get ready for every match. And then when it’s time to wrestle, I want to be the aggressor and go right after my opponent. But I love wrestling and I’m having fun and that’s all I’m doing out there.”

Angels have been warned: Shohei Ohtani makes it clear he wants to win