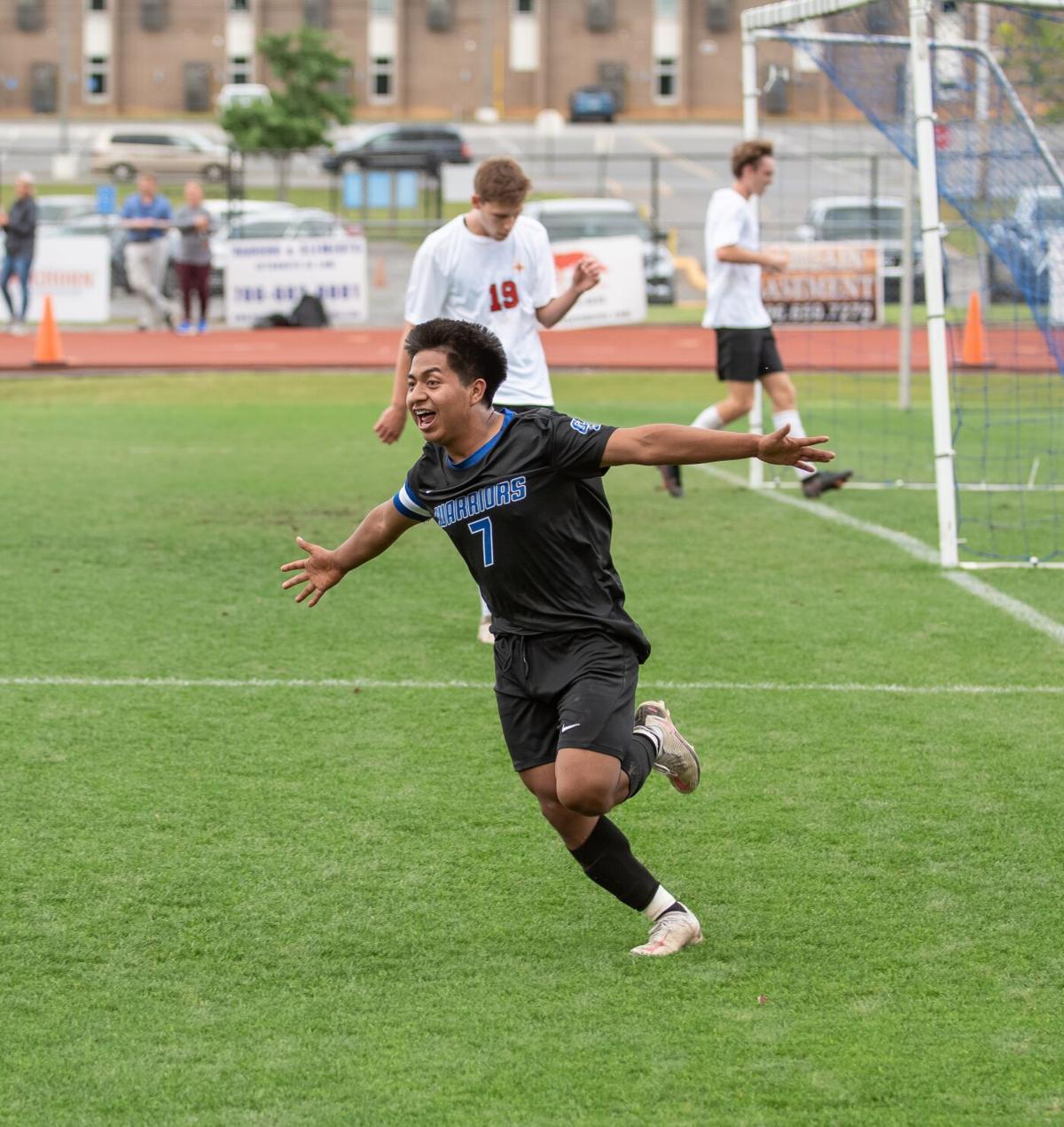 Gordon Central’s Charley Garcia celebrates after scoring his first of four goals in a 5-2 defeat of Thomasville to advance to the Final Four. 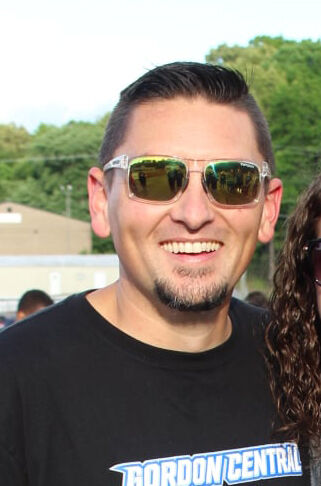 What kind of performance is fitting of helping a team to its first-ever Final Four appearance? How about scoring four goals?

The Gordon Central Warriors, who are in the midst of their best season in program history made it even more special on Wednesday as they secured their first-ever Final Four berth thanks to a dominant second half effort and a four-goal performance by Region 7-AA Player of the Year Charley Garcia in a 5-2 victory over Thomasville in the Class AA Elite Eight.

The score was tied 2-2 at the break, but Gordon Central (16-1) grabbed the momentum early on in the second half thanks to Garcia’s second goal of the night in the 44th minute on a penalty kick and didn’t let it out of their grasp from that point forward as they rolled past the Bulldogs and into the Class AA Final Four. Garcia added his third and fourth goals in the 53rd minute and 67th minute, respectively, to complete his hat trick plus one for a clutch performance that will be remembered for a long time by the Warriors’ faithful.

“It was exciting to be a part of this win and be able to help the team continue our season into the Final Four,” said Garcia, a junior forward. “We were tied 2-2 at the half, and we were motivated to play our best in that second half. We were able to control the game in the second half, and I was able to get into position to score those goals because of my teammates. I couldn’t have done what I did tonight without them. I’m so proud of our team. We expected a tough game against Thomasville. We knew they were a good team so it was good to see us be able to come through in a game like this. We played our hearts out, and we’re so happy to be moving on.”

The game started with the Warriors controlling possession and threatening multiple times with Garcia, Brayan Rico, Nemo Morales and Owen Morales all having shots on goal that either narrowly missed their mark or were saved by the Thomasville keeper. Despite Gordon Central’s aggressive attack, it was the Bulldogs that scored first as they hit the Warriors on a counter, and Andrew Geyer connected for a goal in the 12th minute to give his team an early 1-0 lead.

After the Warriors had a free kick by Garcia bounce off the crossbar and then another free kick by Owen Morales once again saved by the Thomasville keeper, they finally saw one go into the net as Richard Barrios headed in a goal off a long free kick assist from Owen Morales to even the game in the 21st minute.

The Warriors kept up the pressure and went ahead 2-1 on Garcia’s first goal of the night in the 26th minute as he beat the keeper following a long pass from Javin Baker for the assist.

The back and forth first half continued in the 28th minute as Geyer found the back of the net on a nice, bending free kick from just outside the box to tie the game at 2-2. That was the score at the half as a Garcia shot was saved by the Thomasville keeper again in the 37th minute, and Gordon Central keeper Armando Sanchez made an impressive save of his own in the 38th minute on a shot inside the box from Thomasville’s Matthew Lewis.

“I told the guys at halftime just to keep playing our game,” said Gordon Central head coach Matt Wiley. “We possessed the ball really well in the first half, and we made one mistake that they capitalized off of on that first goal. And then their No. 4 (Geyer) just made a great play on the free kick to tie it. I wanted our guys to just keep fighting and playing our game like we know we’re capable of. We came out and dominated possession in the second half and really shut them down. I’m extremely proud of the way our team played tonight and all the hard work they’ve put in this season. It has definitely paid off. We were really focused on getting past the Sweet 16 for the first time. That was something we haven’t done before. And now we’re in the Final Four. This has been an incredible year, and I’m really happy to be able to be a part of this team.”

Wiley added that Garcia’s incredible game was what he has come to expect from the incredible junior talent, and while he might get a lot of the spotlight, there are several more big-time players the Warriors count on for their success.

“(Charley) took his Player of the Year status to an even higher level today,” said Wiley. “He’s a captain, and the teams that we face know they have to try to do something to slow him down. But we’ve got so many other guys that can step up and make things difficult for our opponents. Our midfield was dominant tonight, our wings put in work to help Charley get scoring opportunities and our defense and goalkeeper were solid again. Everyone played a large role in this win.”

The Warriors’ defense was stellar in the second half, limiting Thomasville to minimal offensive chances, and they were led in the back end by the goalkeeper Sanchez who made five saves in the victory.

The victory pushes Gordon Central into the next round where they will visit Region 6-AA Champion and No. 1 seed Pace Academy on the road on Tuesday at 5:30 p.m. for a Final Four showdown. (The GHSA universal coin toss for the semifinal round didn’t go the Warriors’ way, forcing them into making the road trip.) The results of that matchup will not be available by print deadline for Wednesday's Calhoun Times.

“We aren’t satisfied yet,” said Garcia. “It’s exciting to win this game tonight and go to the Final Four for the first time. We will celebrate today, but when we come to practice tomorrow, it’s time to go harder than ever and get better. We want to be ready for the Final Four.”

“This team has such a good work ethic and is a well-oiled group,” added Wiley. “They are so unique. They know each other’s next step on the field. We are going to celebrate this win tonight, but next week is championship week. We are going to focus on getting ready for the Final Four, and if we win that one, we know we are going to play for a state title on Saturday.”

Monsoon set to arrive in Delhi by Tuesday: IMD