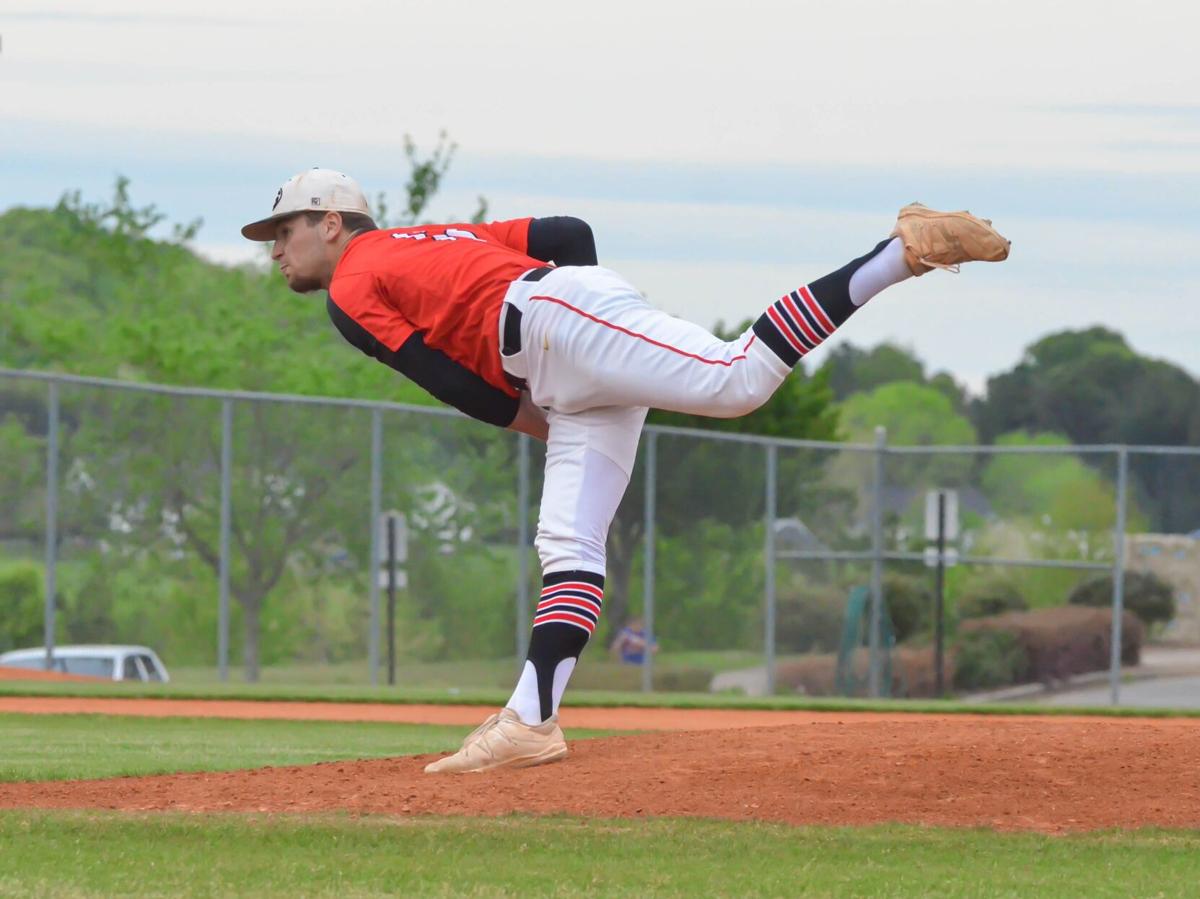 Tanner Folds takes the mount for the Phoenix on Senior Night, leading Sonoraville to a 3-0 shutout win over Murray County. 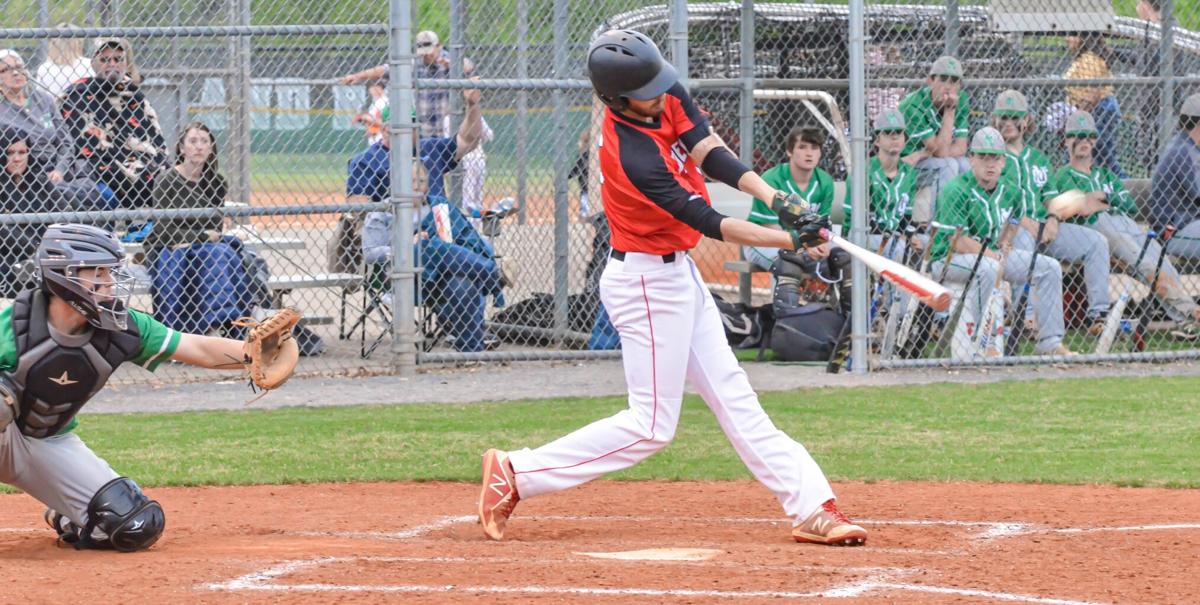 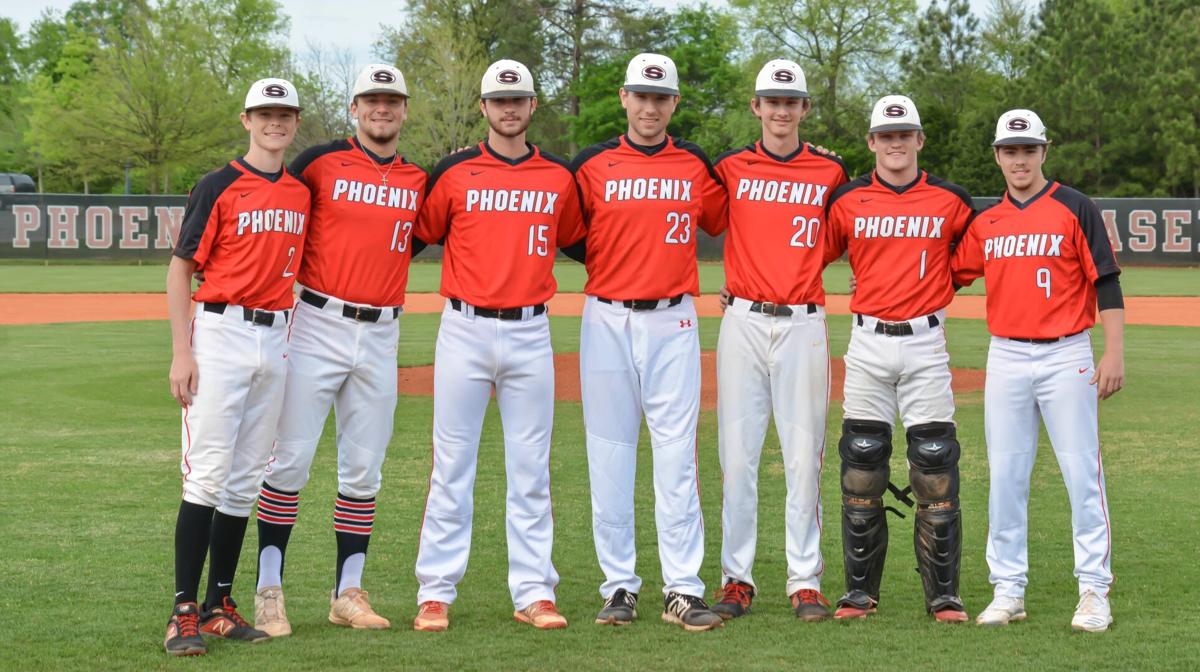 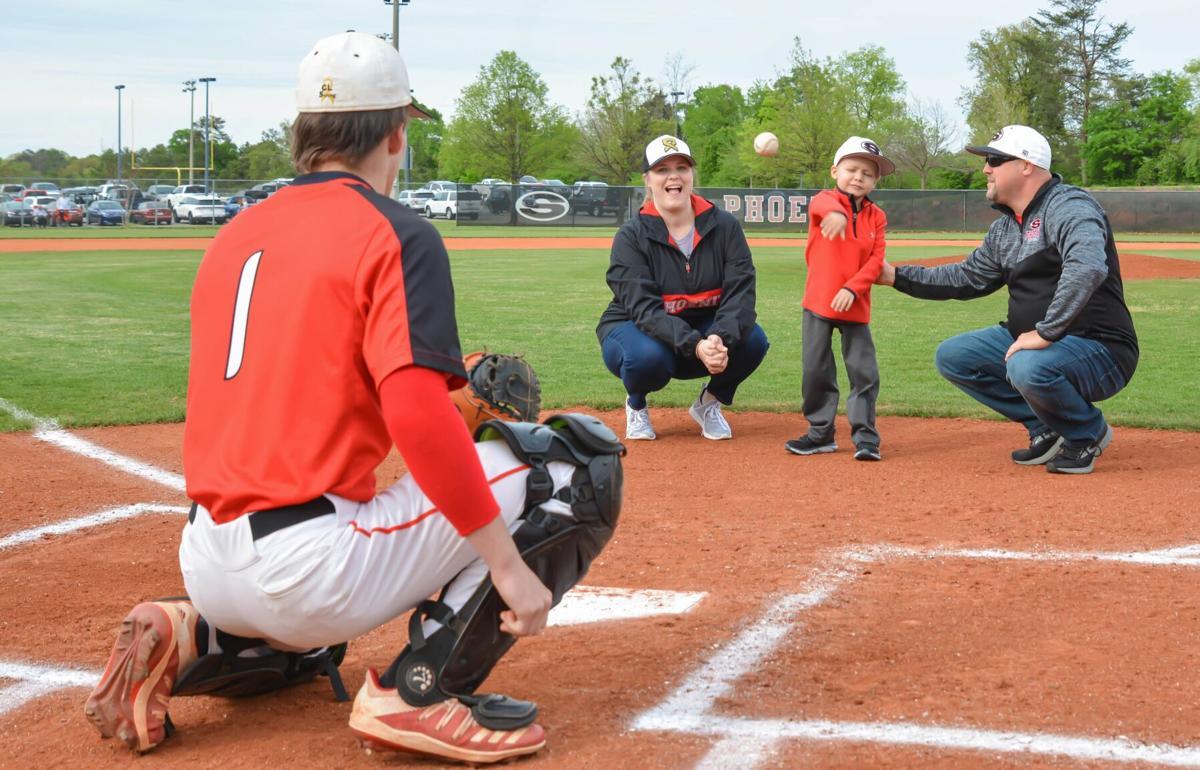 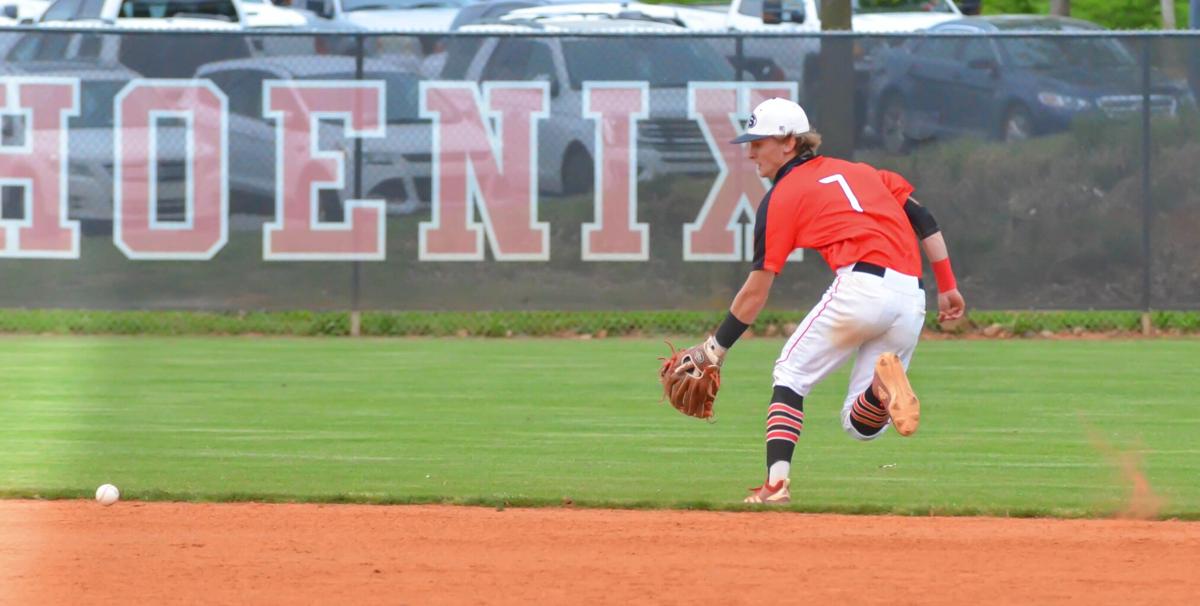 Sonoraville's Cole Gross makes a stop up the middle during a 3-0 win over Murray County on Senior Night. 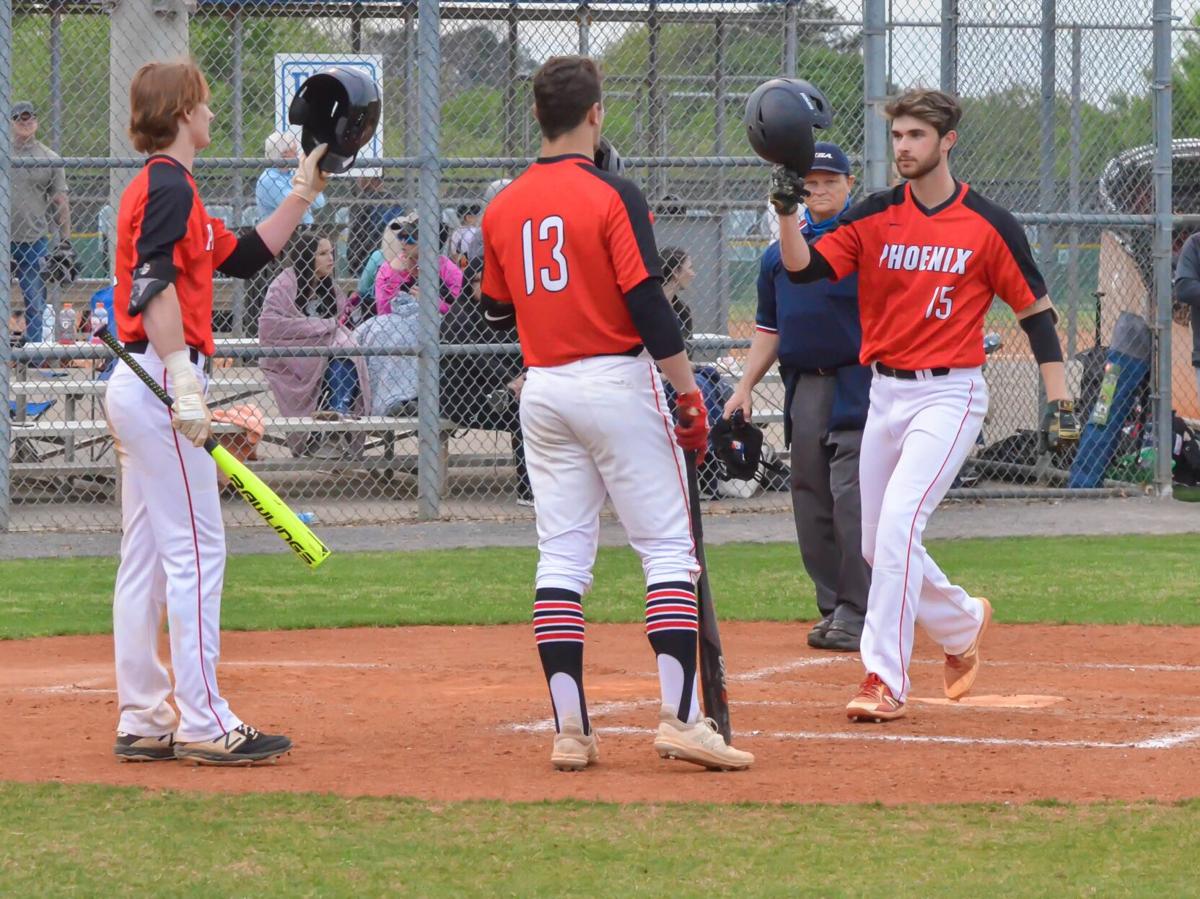 Connor Luke and his parents with the SHS Baseball team before the Phoenix took the field against Murray County on Senior Night. Luke threw out the ceremonial first pitch before the matchup.

Sonoraville celebrates a region win after a well 3-0 shutout victory on Senior Night over Murray County.

Tanner Folds takes the mount for the Phoenix on Senior Night, leading Sonoraville to a 3-0 shutout win over Murray County.

Sonoraville's Cole Gross makes a stop up the middle during a 3-0 win over Murray County on Senior Night.

Connor Luke and his parents with the SHS Baseball team before the Phoenix took the field against Murray County on Senior Night. Luke threw out the ceremonial first pitch before the matchup.

Sonoraville celebrates a region win after a well 3-0 shutout victory on Senior Night over Murray County.

The Sonoraville Phoenix didn’t have their biggest offensive output of the season on Friday night, but when you get pitching like Tanner Folds gave them in the region contest against Murray County, you really don’t need very many runs.

The senior left-hander Folds fired a complete-game shutout to lift the Phoenix to a 3-0 victory at the Sonoraville Recreation Complex as the team celebrated Senior Night in style.

Folds, a Penn State commit, struck out the first six batters of the game and got out of multiple jams throughout the evening to help Sonoraville (15-9, 9-4 in 6-AAA) maintain their lead. In all, he went seven innings for the win, allowing no runs on eight hits while striking out an impressive 14 batters and issuing no walks.

“Tanner came out with his A-game,” said Sonoraville head coach Deron Walraven. “He struck out the first six batters, and he was just in command tonight. He got ahead in the count probably 75-80 percent of the time and made some big pitches when he needed to in order to keep them off the scoreboard. He just threw like the Tanner we’ve come to expect whenever he’s on the mound.”

After pushing a runners to second and third in the bottom of the first and leaving them stranded, the Phoenix were able to get on the scoreboard in the second thanks to a two-out, RBI-single by Kannon England.

Sonoraville added an insurance run in the fourth on a ball hit to left field by Jaxon Pate that drove in one, and the final run of the game came on a towering solo homer in the fifth Hayden Holsomback.

“We had a little trouble stringing together hits today with runners on, but we were able to manufacture some runs,” said Walraven. “We finally got one in in the second and added another in the fourth. We could’ve pushed it out further but just didn’t catch any breaks and Murray County played some good defense. That home run by Hayden in the fifth was big to give us a little bigger lead and some more confidence behind Tanner.”

The offensive totals for the Phoenix included a 3-for-3 effort at the plate by Cole Gross, who also added two stolen bases and a run scored. Pate finished with two hits, including a double, to go with an RBI, Matthew Parrott reached base twice on walks, and Folds, Cole Godfrey and Trevor Childers each drew one walk.

Jordan Harrison and Landon McCamy led the way with the bats for the Indians with two hits apiece, and Hobbs, Carroll, Brock Dunn and Braxton Vineyard each added one hit.

The Phoenix honored their eight seniors prior to the game as part of Senior Night festivities. The group included Folds, Holsomback, Godfrey, Couper Smith, Ian King, Jax Lockaby, Deke Morrow and Devin Hackney. Walraven said they have been a great bunch of leaders for the team this season, his first back at the helm as manager following a few years away from the program.

“This was a great group to get back into coach with,” said Walraven. “They have done a lot to get the program going back in the right direction. Not all of them have had big roles on the field, but each one of them has played a part in helping this team. The majority of our pitchers this season have been seniors, and they have done a great job for us. Hayden has seven homers now, which should be close to the top total in the state, so he’s had a big senior season. But all of them have come out every day and worked hard like they should and done whatever they could have to help this team and be great leaders.”

The victory on Friday also clinches a state berth for the Phoenix as they cannot drop below the No. 4 spot in the Region 6-AAA standings. They could get as high as the No. 2 seed with three wins in the final week of the season along with some help from others, which would assure them of hosting a playoff series for the first time in program history.

“That win tonight should guarantee us a playoff spot so I congratulated the guys after the game, and they didn’t really know how to react,” said Walraven. “That was one our goals going into the year to get back to the postseason so I’m proud of them for getting that done. Now these next three will dictate where we stand in the region. We have the opportunity to host in the first round of we can win three games so that would be big for our program. There is a lot to play for this last week. We’re excited to finish the season strong.”

Developer folds on West Side building proposal, 'a partial victory' for protesting neighbors in Stamford

Cleveland Indians, Shane Bieber put away the brooms in 6-2 loss to Mariners

Are Yankees used to losing? ‘Hell, no! Get the hell out of here with that,’ Aaron Boone vents