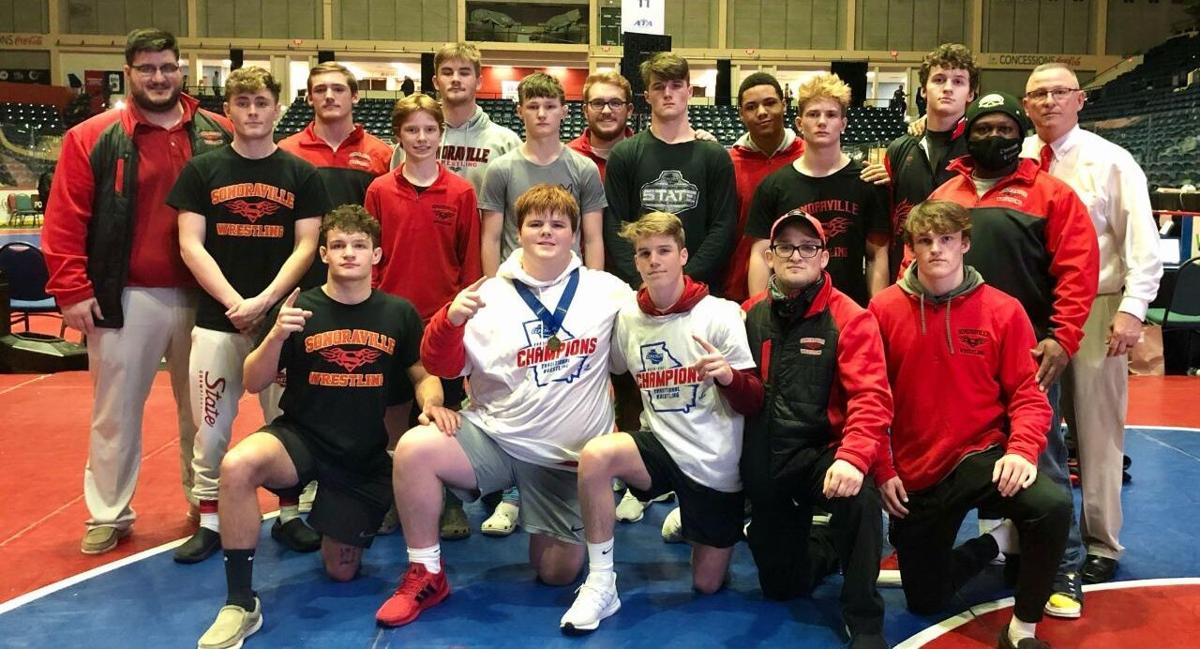 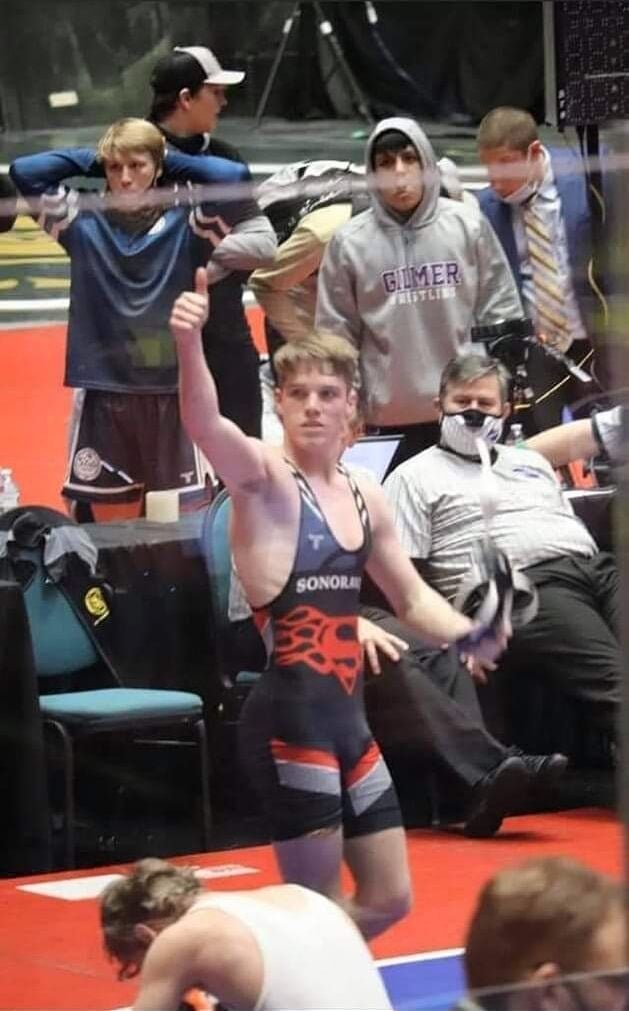 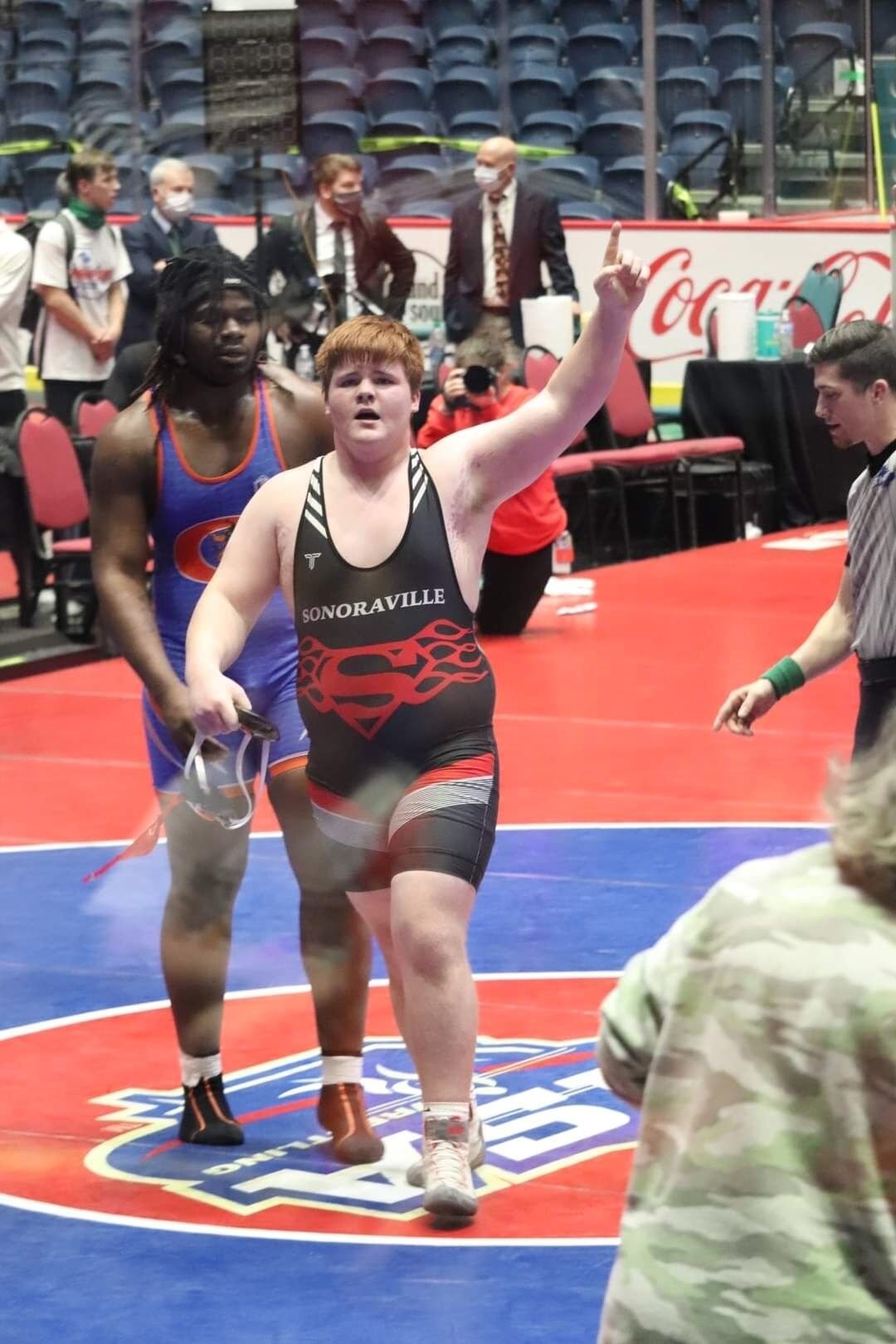 The Sonoraville Firebirds continued their impressive run as a program recently as they completed their 2020-21 season with a Class AAA State Traditionals runner-up team finish in Macon on Feb. 11.

Sonoraville checked in at fourth in the team standings after the first day of action on Feb. 10, but rallied to take the lead on the final day as they were searching for their fourth straight state traditionals team title, but a late rally in the consolation finals by Rockmart pushed them ahead of the Firebirds for the top spot. The Jackets finished with 202.5 points with Sonoraville just behind in second with 197.

Sonoraville was led by a pair of individual state champs with Eli Knight completing a 4-0 run at State with four pins to claim the state title at 132 and Jaxx Knight also going 4-0 including a win over his opponent in the finals that came into the match 48-0 on the season to win the 285-pound title. For Eli Knight, he completes his Sonoraville career with individual state titles in four years.

Sonoraville also had Jebb Knight in the finals at 195 pounds, but he finished as runner-up after losing a tough match. Davin O’Neal (145) and Gavin Harper (182) each finished in third, and Colt Weaver (160) and Zac McAfee (170) took home fourth-place finishes in their weight classes.

Also making the trip to compete in Macon amongst the state’s best in Class AAA and all earning points for the team with wins for the Firebirds were Wade Parker (113), Logan Moore (126), Cole Godfrey (138), Trent Bohannon (152) and Draven Peppers (220).

Calhoun took five wrestlers to Macon for the Class AAAAA State Traditional Tournament on Feb. 12-13 and had some solid results as well. The Jackets’ top finisher was Isaac Green who placed third at 145 pounds.

Calhoun also had two fourth-place finishers with Armando Monroy (113) and Jason Vicente (195) achieving the feat. Hayden Dicenson (106) and Haydin Harris (182) also earned wins and contributed to the team point total as the Jackets finished with 58 points which was good for an 18th-place finish in Class AAAAA.

Here’s what Steward had to say about another great season for his team and their performance in Macon:

CT: How proud are you of the team for how they wrestled at the State and performed well enough to earn a state runner-up finish?

STEWARD: Before we went to bed Wednesday night we were in fourth place and down 40 points…you’re thinking are we just really going to settle for a top-four trophy? Or are we going to fight back? We didn’t fold up the tent and just be satisfied. I’m immensely proud of how the kids responded. We have worked incredibly hard to develop and sustain a winning culture. That being said, we didn’t go down there to get a silver trophy. Senior Davin O’Neal battled back to claim a third-place finish. Sophomore Zach McAfee reeled off five pins after losing his initial match. Junior Gavin Harper recorded five pins, including pinning the kid for third-place who he lost to in round No. 2. Colt Weaver wrestled hard and finished fourth. Draven Peppers wrestled his way to a fifth-place finish in his first state tournament.

CT: How excited were you for the guys that won individual state titles and how hard did those guys work/what obstacles did they overcome to make that happen? Any other individual finishers you want to mention for their performances?

STEWARD: Kudos and much respect to Eli Knight. In the time I have been here he will certainly be the standard for kids to abide by. Domination is a cliché word in sports in today’s world. He is the exception, and I can only hope that younger kids in our program will aspire to put themselves at his level. Jaxx Knight left it all on the mat. Losing 7-1 at the end of the first period, he fought back to tie the score against his 48-0 opponent and eventually pinned him. Returning state champ Jebb Knight came up short after a dominating season and will be back to pursue a State Championship next year.

CT: Being as competitive as you are and how much you’ve instilled that in your program, how disappointed were you to see Rockmart go ahead late in the team standings to give you guys a runner-up finish instead of a fourth straight state title?

STEWARD: Disappointment, heartache, loss of opportunity, sadness. We felt and feel horrible for the kids and our staff. We were close to pulling off an unbelievable comeback. The culture is to put ourselves in position to compete for a state championship every year. I don’t know that we will ever get over this one.

CT: How much motivation does that finish give your team to come back next year and get back to that top spot and how much confidence do you have that your program can continue to be one of the most dominant programs in the state?

STEWARD: Let me say this, I’ve been around the block many times in my life. At this point I don’t know that I have ever been more motivated. That is a great thing for Sonoraville Wrestling . Let me be clear that it is absolutely not about the head coach getting wins. It is all about convincing our kids to believe they can win on and off the mat. We return eight State placers and qualifiers. My goal is to continue to motivate those eight kids while also working extremely hard to develop the winning culture with the young kids in our program. It is critical that we develop some kids that will be new to our lineup. We are thankful and grateful for having a season and for having a state tournament.