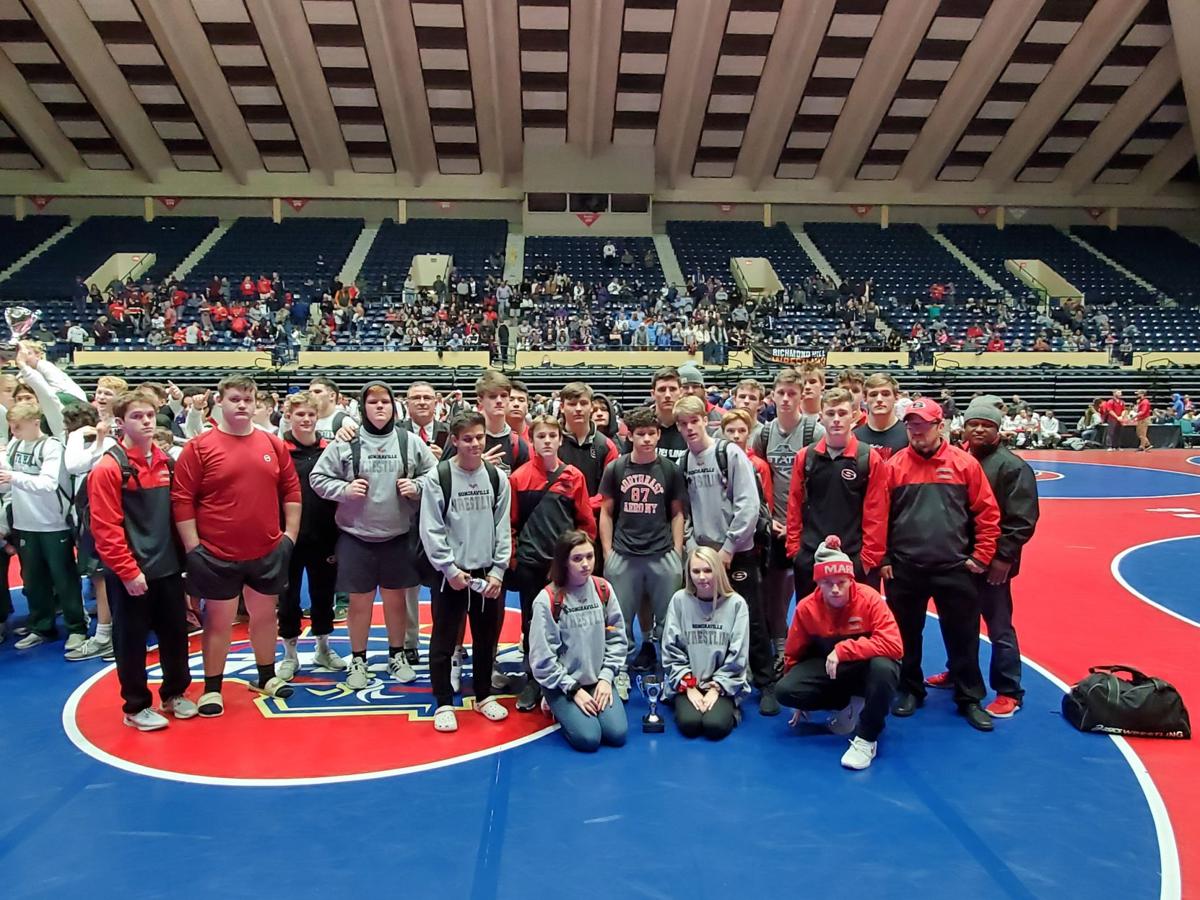 The Sonoraville Phoenix wrestling team poses with their second-place trophy at the 2020 Team Dual Wrestling Championship on Saturday, Jan. 18 at the Macon Coliseum. 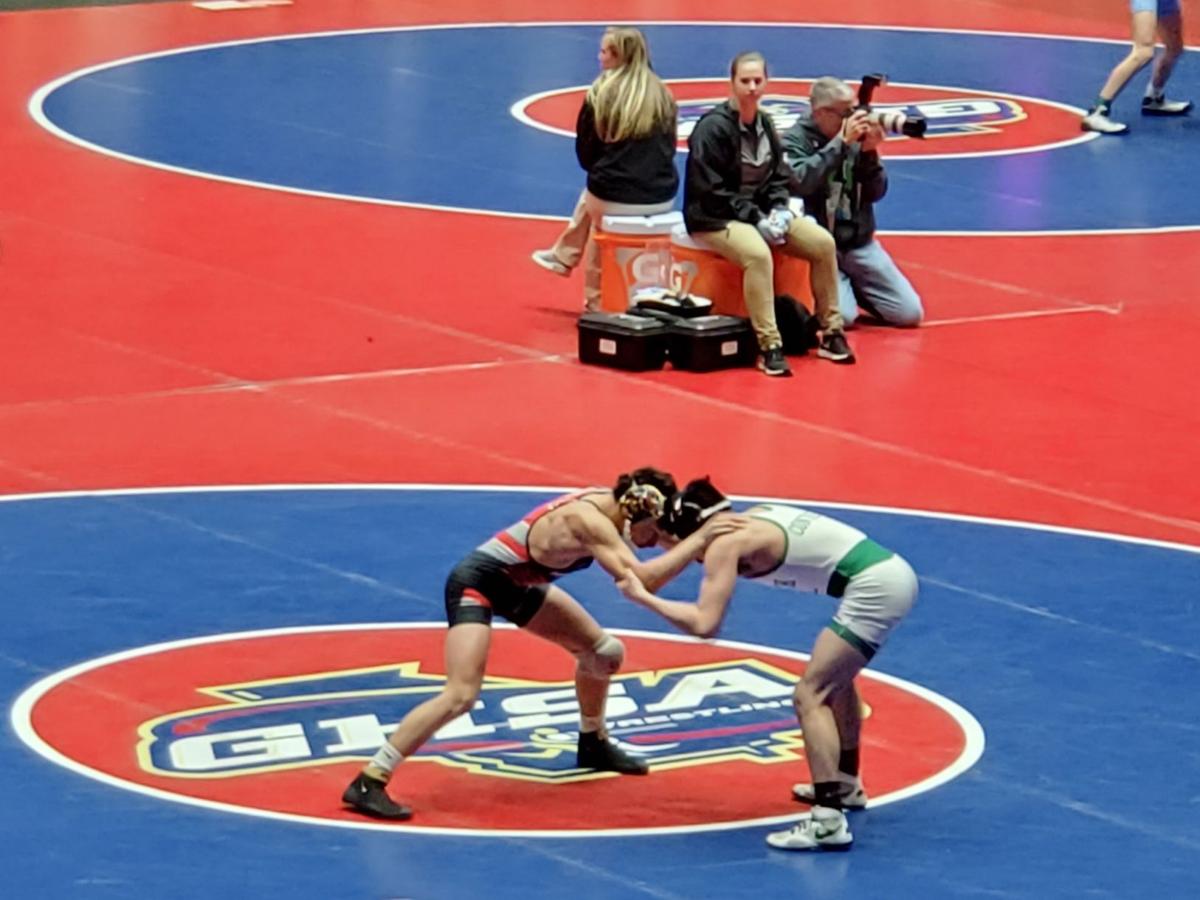 Sonoraville and North Hall compete on the mat for the state’s Class AAA Team Dual Wrestling Championship on Saturday, Jan. 18 at Macon Coliseum. 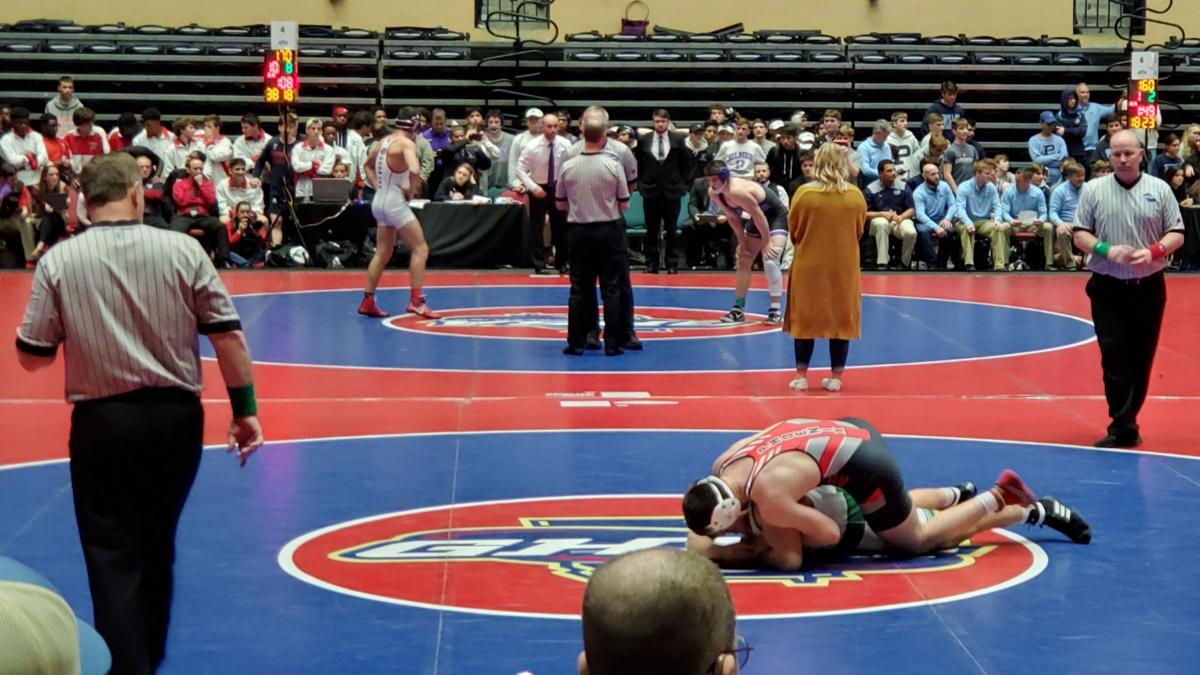 The Sonoraville Phoenix wrestling team poses with their second-place trophy at the 2020 Team Dual Wrestling Championship on Saturday, Jan. 18 at the Macon Coliseum.

Sonoraville and North Hall compete on the mat for the state’s Class AAA Team Dual Wrestling Championship on Saturday, Jan. 18 at Macon Coliseum.

The Sonoraville Firebirds could not follow up Friday night’s success against Jefferson on the mat as they lost the 2020 Class AAA Team Dual Wrestling Championship to the North Hall Trojans 49-18. The Phoenix won just three bouts on Saturday at the Macon Coliseum.

“They were definitely better than us today,” Phoenix head coach Randy Steward said. “They came out and fought like we fought last night and we didn’t fight back. Getting beat like that, to me, that’s the most disappointing thing. Physically getting beat.”

The previous night’s match Steward is referring to was a 48-22 victory over Jefferson High School, the previous 18-time defending duals state champion.

Sonoraville found themselves behind the 8-ball early. The Trojans built a commanding 22-0 lead before the Phoenix jumped on the scoreboard.

Sonoraville won all three of its bouts via pins. Eli Knight broke the shutout streak with a pin in the 126 weight class match.

The Phoenix did not strike again until the final two matches of the day, although the final result was no longer in doubt. Jeb Knight secured a pin in the 170 bout and Charlie Brown closed out matters with a victory, pinning his opponent in the 195-pound weight class.

“It takes a little sting out of it,” Steward said. “Still, trying to get a little respect on the scoreboard. With what we’re trying to do and our philosophy and everything, ... it’s not good.”

However, Steward’s message to the team after the championship defeat was clear.

“I hope this is a wake-up call for our kids,” Steward said. “That you have to show up every time.”

North Hall had the momentum throughout the dual championship as the Trojans won their second Class AAA duals title in three years. The team finished runner up to Jefferson last year.

Sonoraville had taken third place in the wrestling duals championship for three consecutive years (2017-19). This is the Phoenix’s highest placement at state duals.

“If this doesn’t motivate some of those guys, nothing will,” Steward said referring to the North Hall result. “I feel like I’m a very, very good motivator, (but) obviously I didn’t motivate them enough tonight. It’s absolutely going to I think provide some motivation. It’s going to make me work a little bit harder about getting them ready.”

With duals now past, the Sonoraville Phoenix begin preparations for the tradition wrestling area competition hosted by Lakeview-Fort Oglethorpe High School on Friday, Jan. 31 and Saturday, Feb. 1. The Phoenix are back-to-back Class AAA defending state champions in traditional wrestling, looking for the three peat with a return to Macon.

The traditional state tournament is Feb. 13-15.