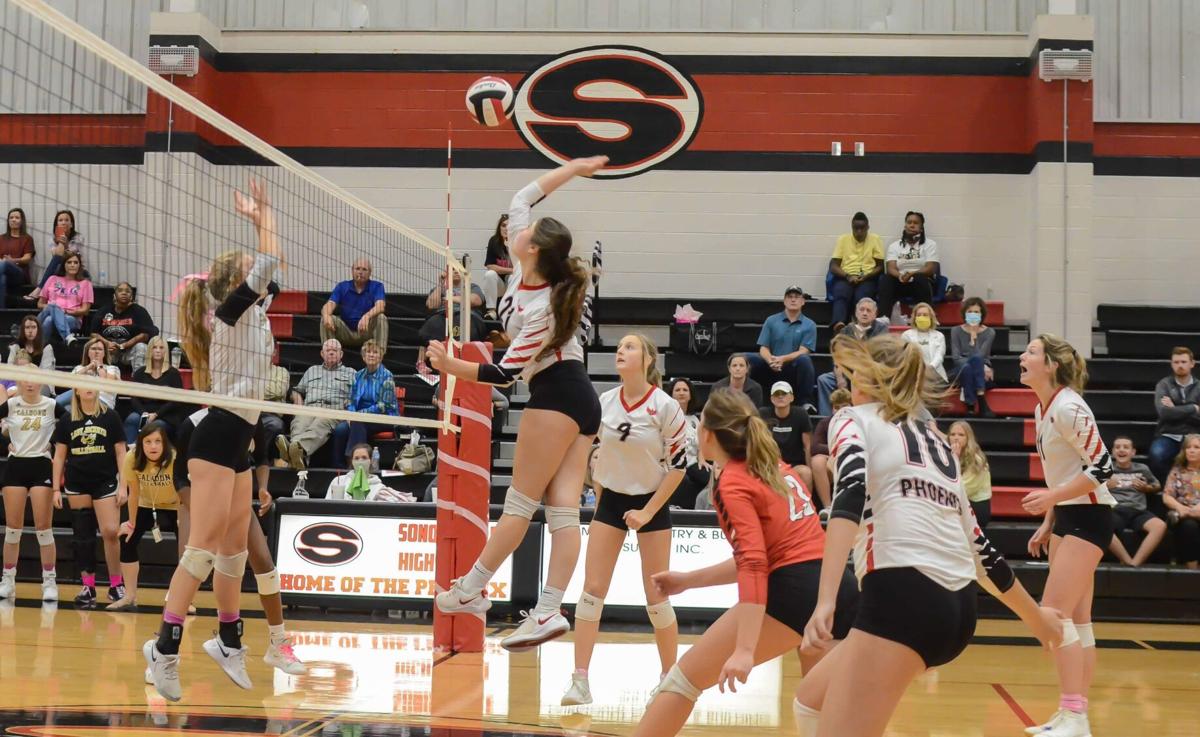 Sonoraville’s Amber Sparkman goes up for a kill against Calhoun in volleyball action this week. 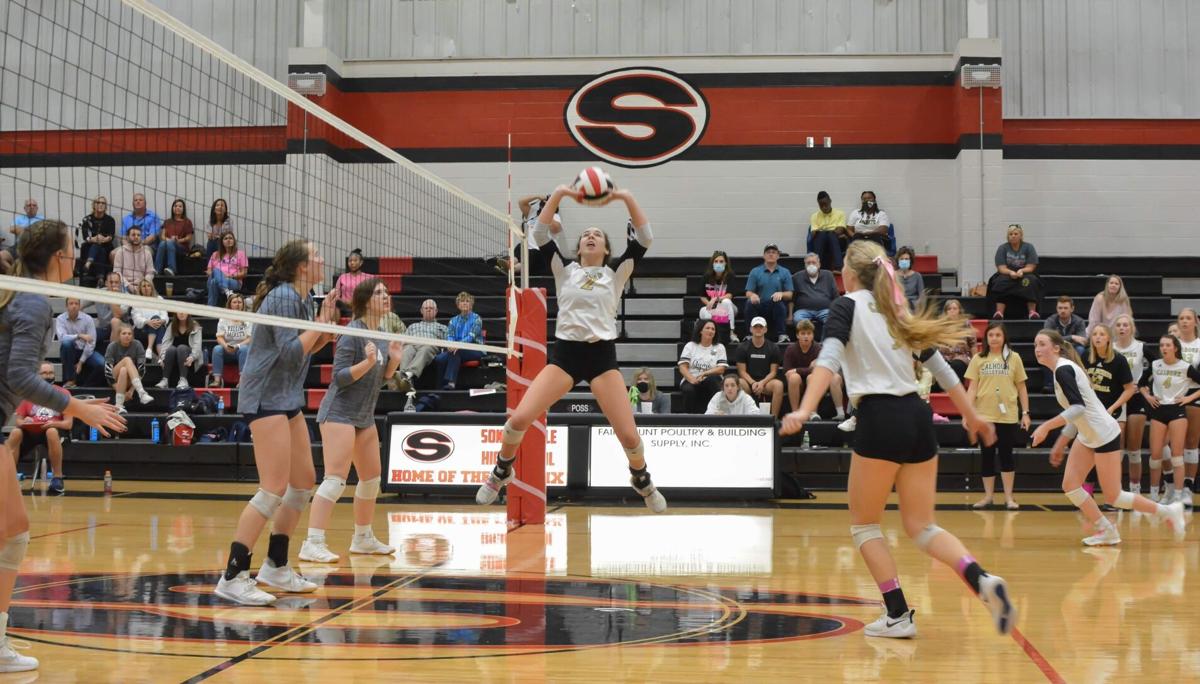 Calhoun’s Anna Hoblitzell sets the ball while playing against Heritage.

Sonoraville’s Amber Sparkman goes up for a kill against Calhoun in volleyball action this week.

Calhoun’s Anna Hoblitzell sets the ball while playing against Heritage.

The Sonoraville Lady Phoenix’s volleyball team had the pleasure of hosting Calhoun and Heritage in matches at the Sonoraville Recreation Department on Tuesday night. After getting swept by Calhoun the previous week, the Lady Phoenix rebounded to defeat the Lady Jackets 2-1. That was the biggest story of the night.

Sonoraville coach Trace Vaughn was ecstatic over the big win against Calhoun.

“We knew going into it that this was a big night for us,” Vaughn said. “We really hadn’t played well in a couple of weeks. We needed to right the ship before we got going into the area tournament Thursday and Saturday. We’ve been working at practice trying to focus on the details and work on some defensive positioning things and fine-tuning some things. It definitely paid off. We evidently talked about the right things (in practice) because we played a lot better yesterday. In fact, it was maybe our best two matches we played back to back in the whole season. That’s a good feeling.”

Vaughn shared his thoughts on coming out strong early and finishing strong in the third set.

“We came out of the gate pretty well with that one,” Vaughn said. “That set alone (first set) was probably the best set we’ve played the entire year. We’ve had trouble defensively with moving our feet and having the right platform and passing and everything. Last night, we did much better with that. Once we get our passing down, we’re one of the toughest teams in northwest Georgia to stop.”

Alley Cole led the Lady Phoenix on the night with 12 kills, eight blocks and a dig over the two games. Raleigh Hooper added 19 assists, an ace, a block and six digs as well. Gracyn Thompson and Abby Chambers both added 14 digs apiece.

“I was thinking about it last night,” Vaughn said. “I couldn’t think of a person who didn’t play their best last night. That’s pretty amazing when we can put it all together like that. We showed that we’re a state championship-caliber team. Just getting them to buy in and believe is going to be a key thing for us. I think they saw a glimpse of what they can be last night.”

Calhoun coach Nic Hann shared his thoughts about how his team performed on the night.

“We didn’t play great,” Hann said. “We came out really flat against Heritage. We made a lot of unforced errors. We weren’t really playing with any kind of intensity at all. I’m not quite sure what was going on there. With Sonoraville, we kind of did the same thing in the first match. We were just really slow, but in the second match, we really turned it on. It looked like we were finally starting to get in a groove on the night. Then, our passing just kind of went weak on us again, and we could never get our offense going after that.”

“Anna was having to work really hard last night with our passing being not what it has been over the last several weeks. She was still finding ways to get the ball to our big hitters. Nena and Mack (Banta) — they’re leading the team in kills for the season, so she (Hoblitzell) was still getting the ball to them. The big thing was that we just became really one-dimensional.”

Calhoun and Sonoraville were both back in action on Thursday in their respective area tournaments. Results for those events will be posted in a future edition.

Review: The final Trump-Biden debate was a study in exasperation