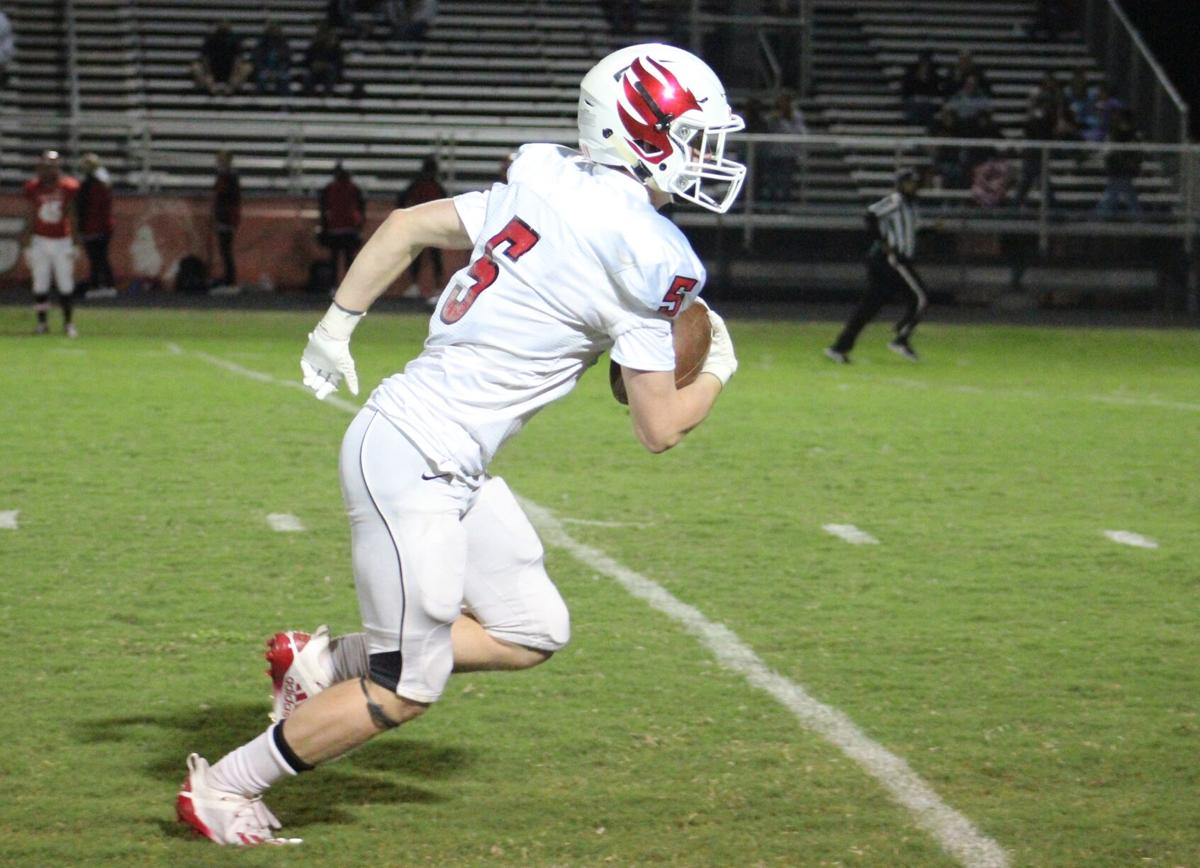 Sonoraville’s Brant Bryant heads toward the end zone for a touchdown after hauling in a pass while in open space Friday night against Lakeview-Fort Oglethorpe. 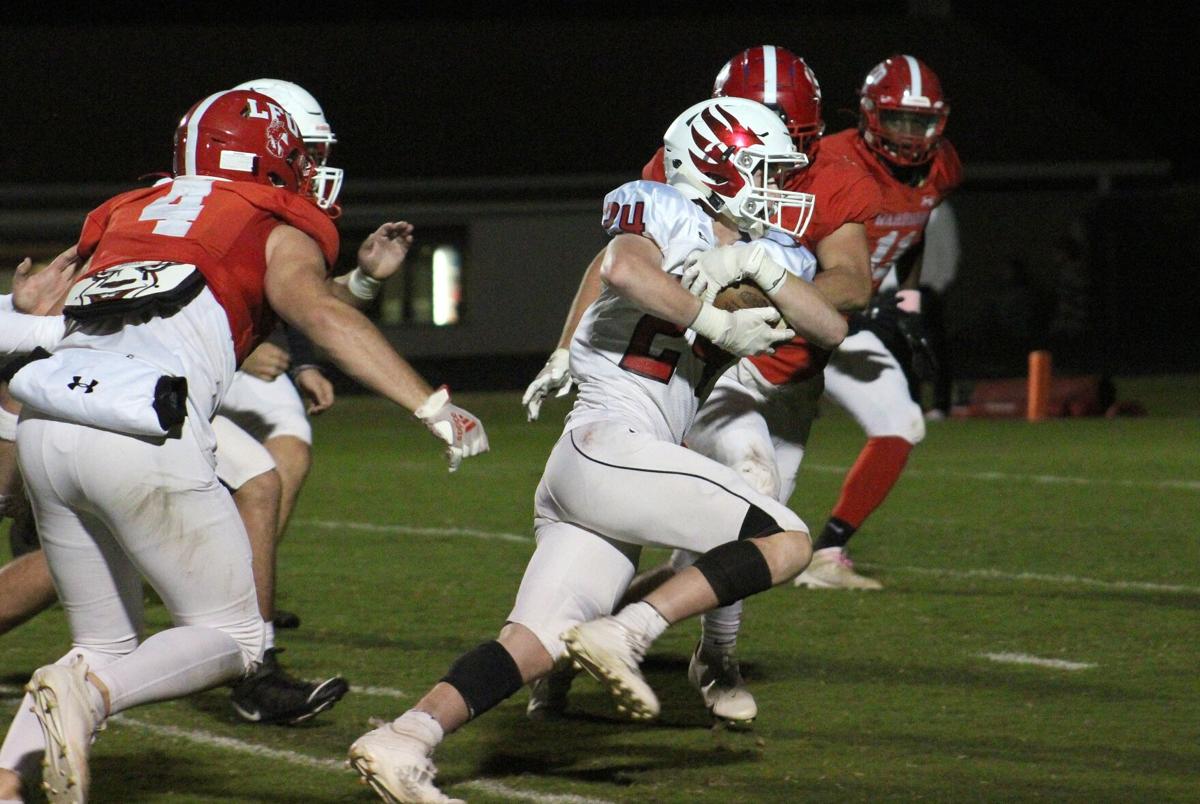 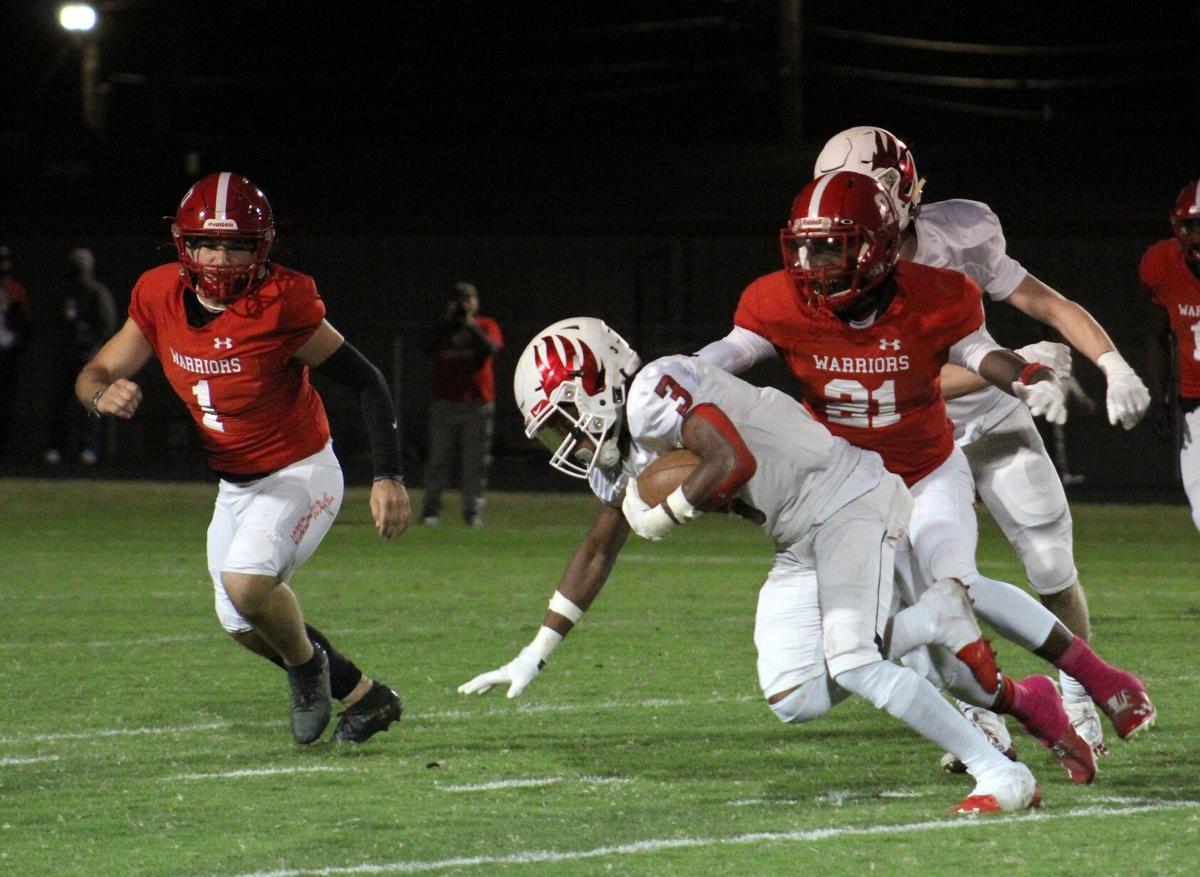 Sonoraville’s JoJo McDaniels spins away from a tackle on Friday night during a game with Lakeview-Fort Oglethorpe.

Sonoraville’s Brant Bryant heads toward the end zone for a touchdown after hauling in a pass while in open space Friday night against Lakeview-Fort Oglethorpe.

Sonoraville’s JoJo McDaniels spins away from a tackle on Friday night during a game with Lakeview-Fort Oglethorpe.

The Sonoraville Phoenix swapped blows with the Lakeview-Fort Oglethorpe Warriors on Friday night, scoring four touchdowns on four big passes from quarterback Brady Lackey, but ultimately fell short as the LFO running attack drove the Warriors to a 44-37 win.

Sonoraville Coach Denver Pate was heated following the loss, telling his players he wants and expects better efforts regardless of who they’re playing. The Warriors were winless before Friday.

Pate told his players they ought to be upset about the way the game turned out.

“If you don’t get pissed off, then you’re playing the wrong sport,” he said.

LFO jumped out to a 14-0 lead after their first two possessions in the first quarter, but then the Phoenix got on the board after recovering a Warrior fumble that set up a Lackey pass to Brant Bryant for about 50 yards and then an 11-yard touchdown run from Zach Lyles. The extra point made the score 14-7.

The Warriors added another touchdown on their ensuing possession after a long drive was capped with a touchdown and extra point, setting the score at 21-7.

The Phoenix bounced back quickly though. JoJo McDaniels started the possession off right with a good kickoff return to the 38 yard line, then a few plays later finished the possession with a 34-yard touchdown reception. The extra point established a 21-14 score that would last until half time.

Sonoraville then opened the third quarter with a bang, knotting the score at 21 after a 64-yard touchdown pass from Lackey to a wide open Bryant on the second play of the half and a successful extra point.

LFO followed that with another time-consuming, run-heavy drive that ended with a short QB sneak for a touchdown and a score of 27-21 following the extra point.

Sonoraville’s Bryant took the following kickoff back to the LFO 39 yard line, and then Lackey converted a fourth-down-and-20 play after rolling out and connecting with Bryant on a 27-yard pass, setting up the Phoenix with a first and goal on the four yard line. They ended up settling for a field goal off the foot of Daniel Orellana, drawing close with a score of 27-24.

The Warriors, after another long drive, then settled for a field goal of their own, one that bounced off the cross bar, raising their lead to 30-24.

A Sonoraville three-and-out, and the first punt of the game, set up LFO with great field position, but the Warriors fumbled on their first play and the Phoenix recovered just as the third quarter came to a close. On the first play of the fourth quarter, Lackey tossed another pass to Bryant for a 52-yard touchdown, and the extra point gave the Phoenix their first lead of the night, 31-30.

The Warriors, sticking with their game plan, then consumed about half the fourth quarter as they marched down the field with a series of run plays, ultimately scoring on a short run from their quarterback. A high snap on the two-point attempt doomed the try and left the score are 36-31.

Sonoraville answered quickly though after an 18-yard run from Lyles set up a 43-yard touchdown pass from Lackey to Nick Beddington. The Phoenix failed a two-point try, leaving them with a 37-36 lead with just over four minutes left in the game.

LFO then provided their own answer in the form of a 53-yard touchdown run and two-point conversion, setting up the final score of 44-37.

Sonoraville had one last opportunity but botched the kickoff, and then LFO was able to run out the clock, ultimately taking knee just outside the SHS end zone.

Marietta homecoming to take a different look amid pandemic

Short on time, Trump poised to attack in final debate