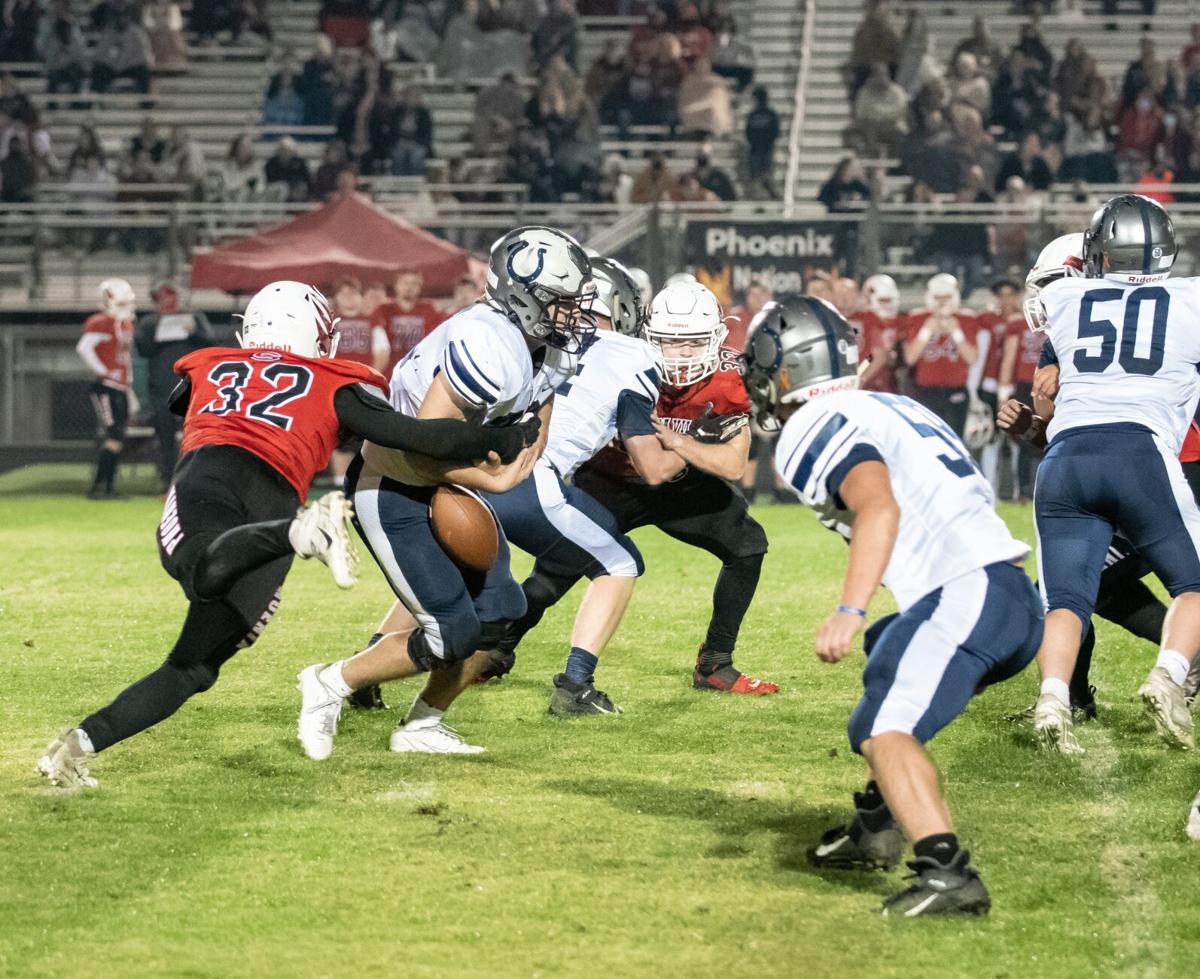 Sonoraville linebacker Zach McAfee punches out the football while playing against Coahulla Creek on Friday night. 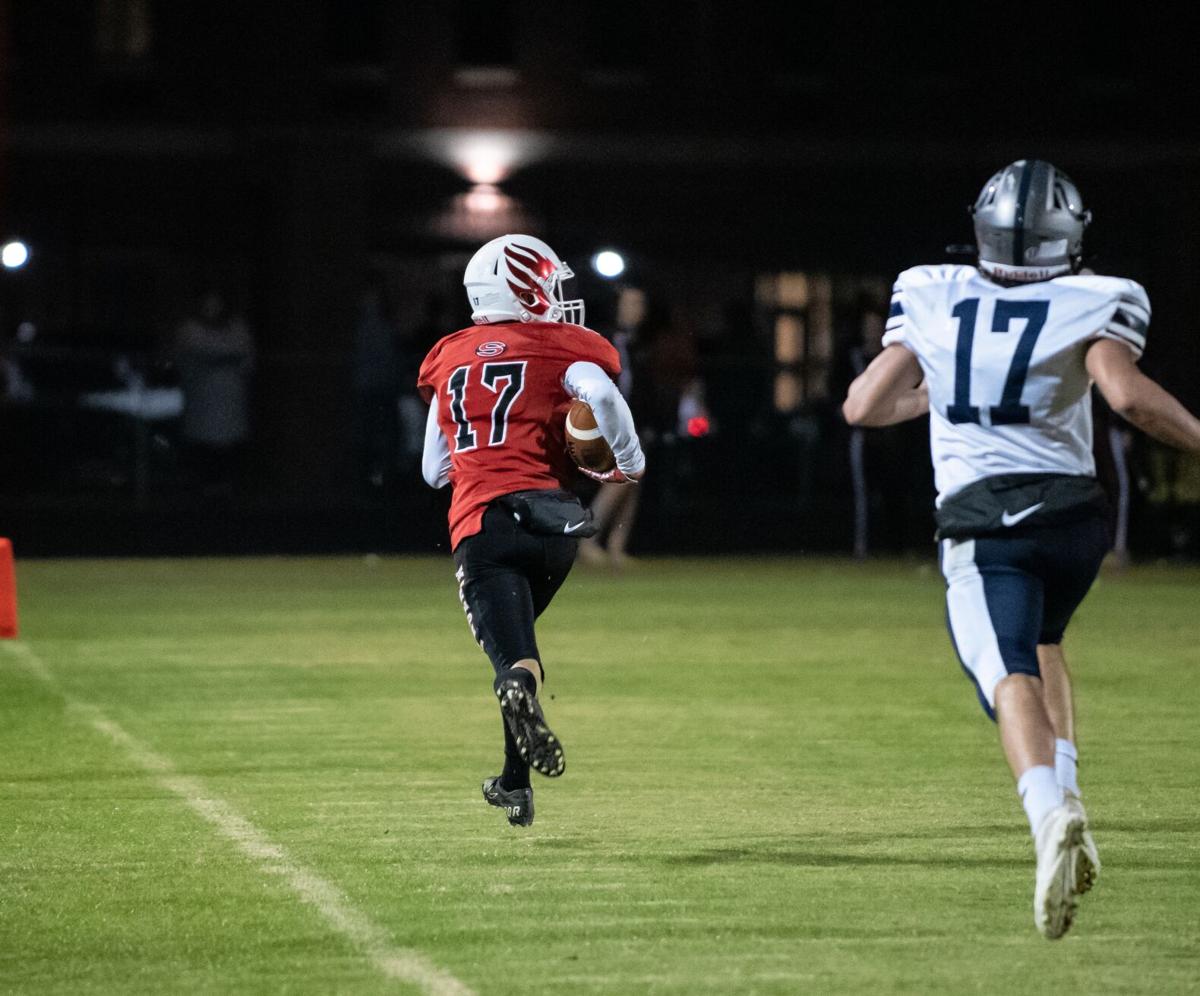 Sonoraville’s Jaxon Pate breaks loose down the sideline for a score Friday. 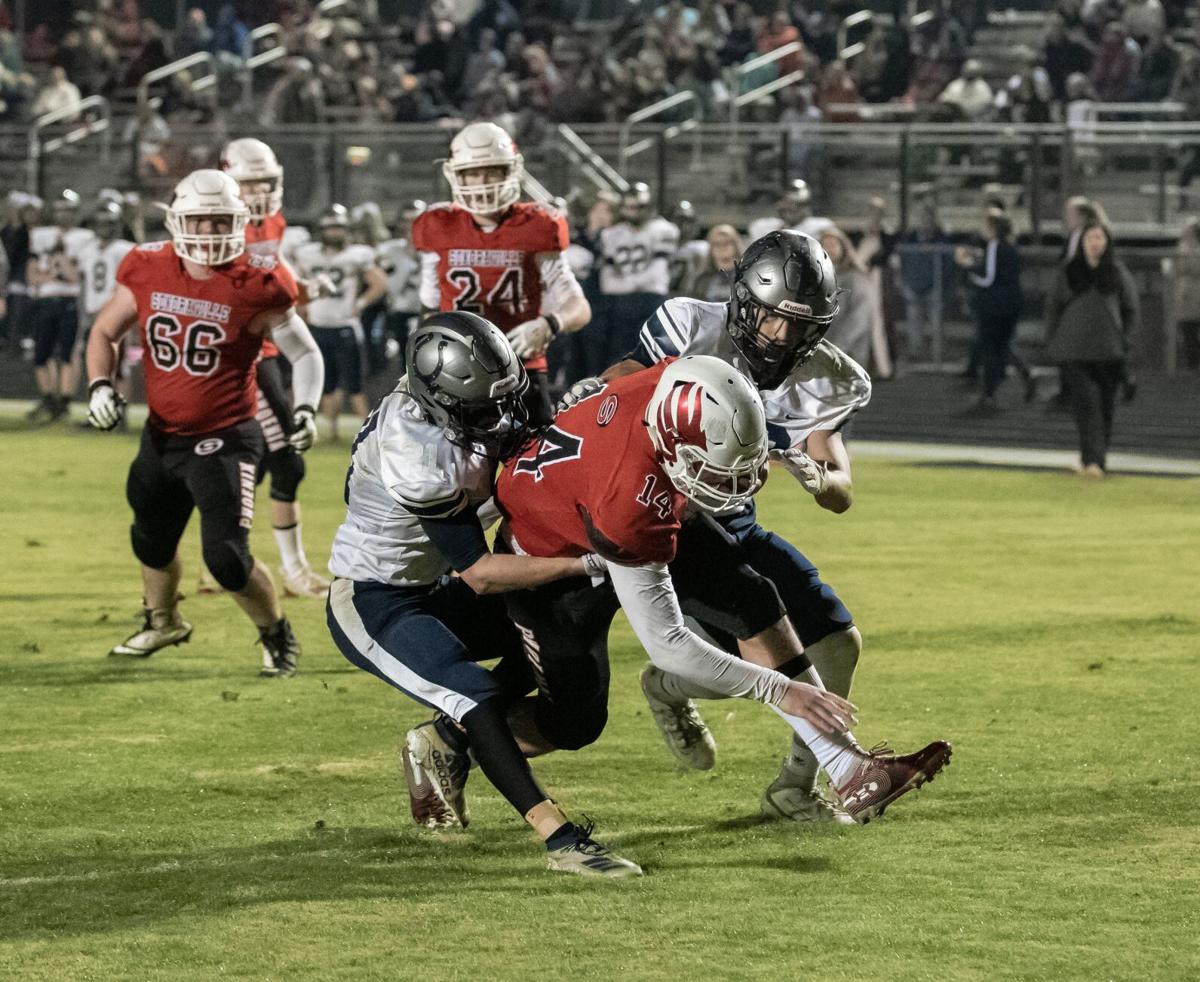 Sonoraville linebacker Zach McAfee punches out the football while playing against Coahulla Creek on Friday night.

Sonoraville’s Jaxon Pate breaks loose down the sideline for a score Friday.

Sonoraville’s home victory over Coahulla Creek (2-8, 1-7) on Friday night felt a lot bigger than a typical region win with no playoff implications against a struggling opponent.

That is because of the season the Sonoraville Phoenix have had, in which they have had to overcome injuries, extensive COVID-19 attrition and bad breaks.

The Phoenix finished the season strong against the Colts, as they won 33-12 to end the 2020 campaign with three straight victories to send the seniors out on a good note and provide plenty of momentum for the offseason.

Sonoraville Coach Denver Pate was happy for his senior class and for the way his team finished out 2020.

“It’s deserving for these seniors with all the hard work they’ve put in,” Pate said. “You run through that stretch in the middle. Obviously, it was not up to our standards, but you got to own up to it, live with it and get better from it. I thought these guys did, and that’s a reflection of how they finished the season.”

One of those seniors that was key in securing the victory for Sonoraville (5-5, 3-5) was JoJo McDaniels, who came up with two huge game-defining plays on defense – a forced fumble and recovery and a 37-yard interception return for a touchdown. Pate praised McDaniels after the game.

“It was a heck of a play,” Coach Pate said. “The strip fumble that he had was a really good high school play. The pick over the middle was just about being in the right position at the right time. Jo, when the ball’s in his hands, he can make things happen, and you saw that with the pick six.”

Senior quarterback Brady Lackey also had a productive night in his final game as a member of the Phoenix, as he finished 14-of-22 passing for 240 yards with a touchdown and an interception and added 45 yards on the ground and a rushing touchdown.

One cannot talk about Sonoraville’s offensive night without mentioning the spectacular play of freshman wide receiver Jaxon Pate. Jaxon Pate had six catches for 133 receiving yards and a touchdown and also threw a 20-yard touchdown pass to Brant Bryant on a trick play. Coach Pate felt like his freshman receiver grew up before his eyes on Friday night.

“I thought he grew up tonight,” Pate said. “Each week he has gotten more reps. Unfortunately, we had Nick (Beddington) go down, which I hated for a kid that has worked that hard, but it’s next man up. Jaxon had to step up, and I thought he did a good job of catching balls and throwing the touchdown pass as well.”