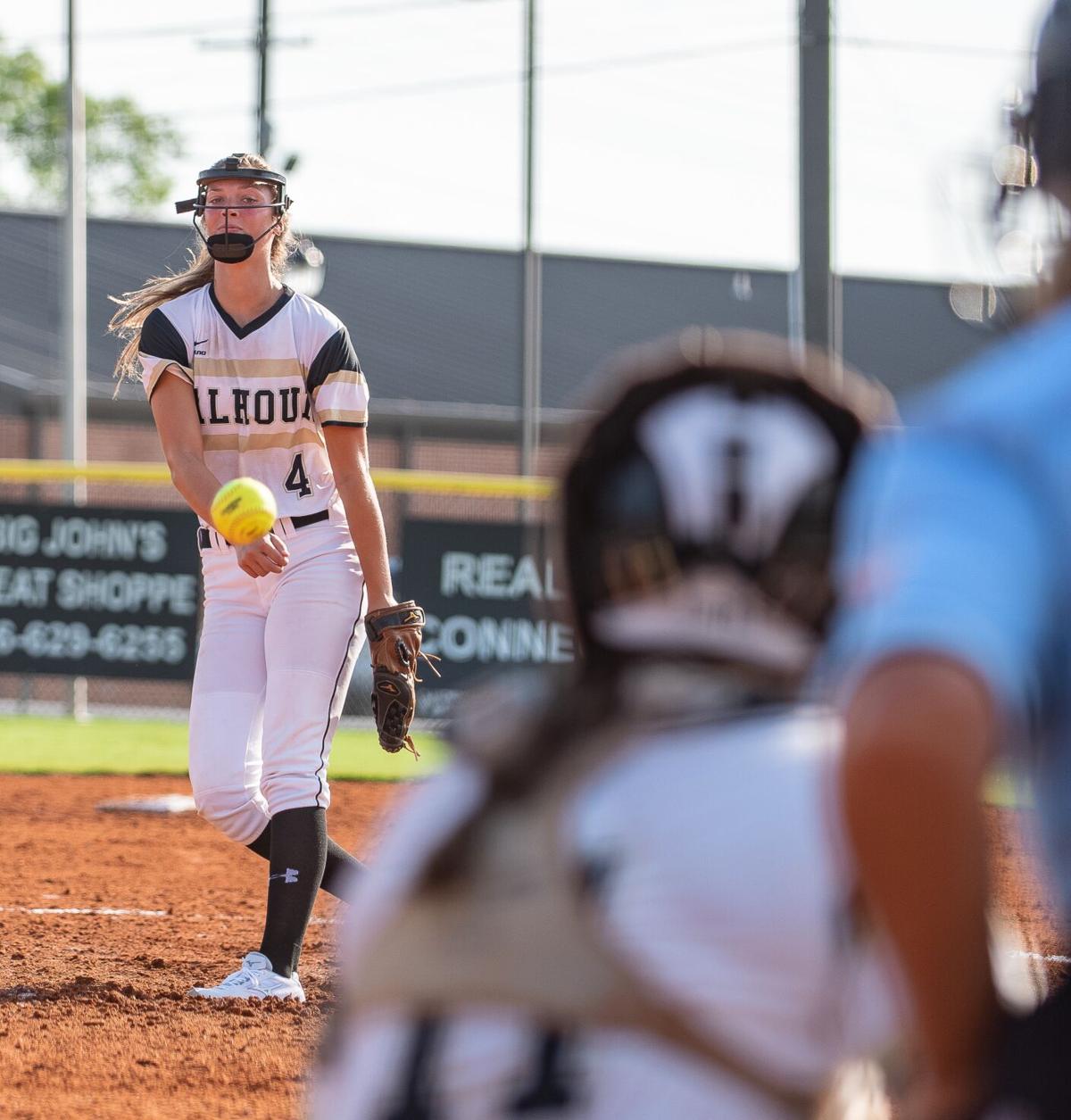 Calhoun starting pitcher Maggie McBrayer fires at pitch during a game against Sonoraville on Tuesday. 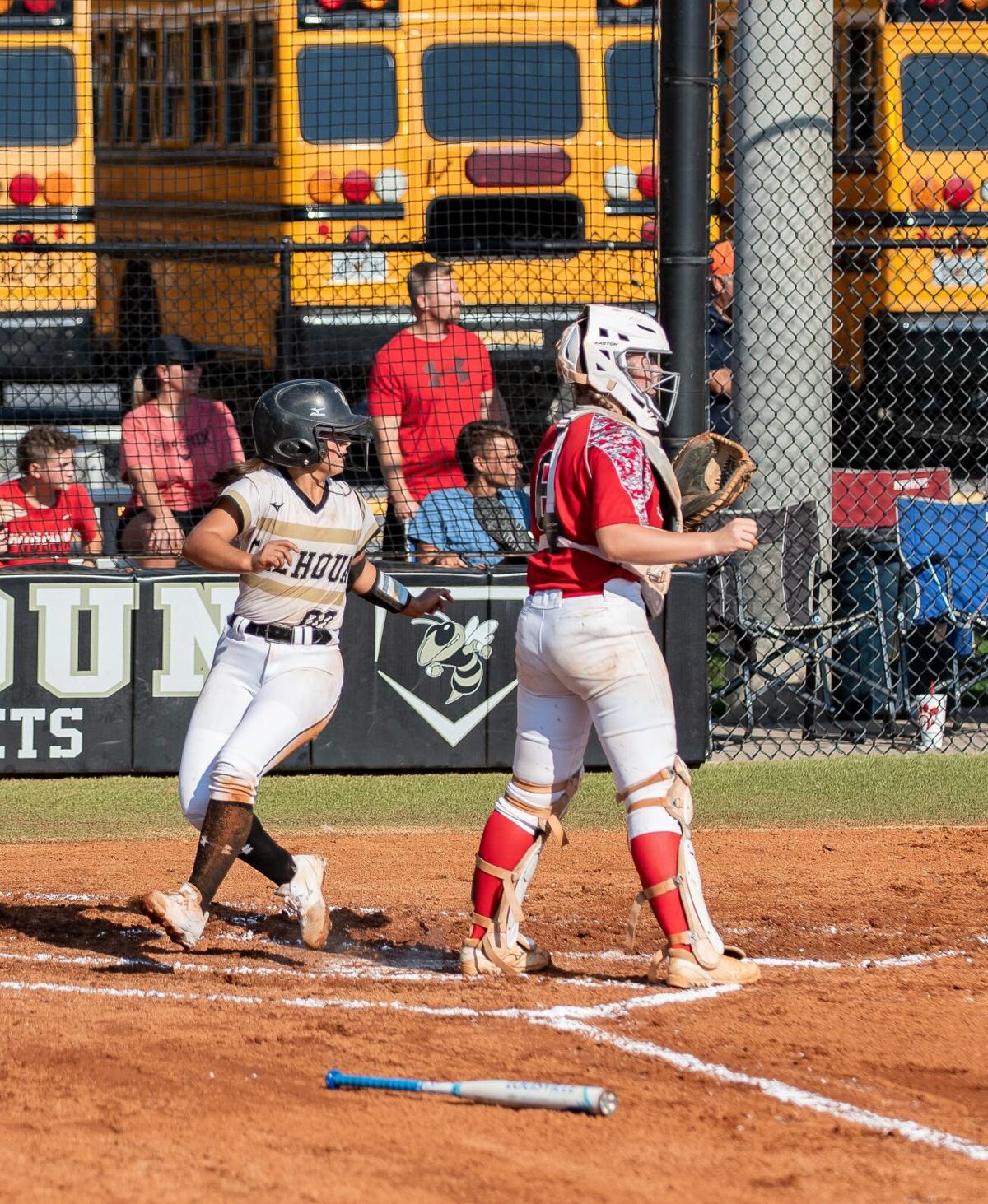 A Calhoun Lady Jacket scores a run against Sonoraville on Tuesday. 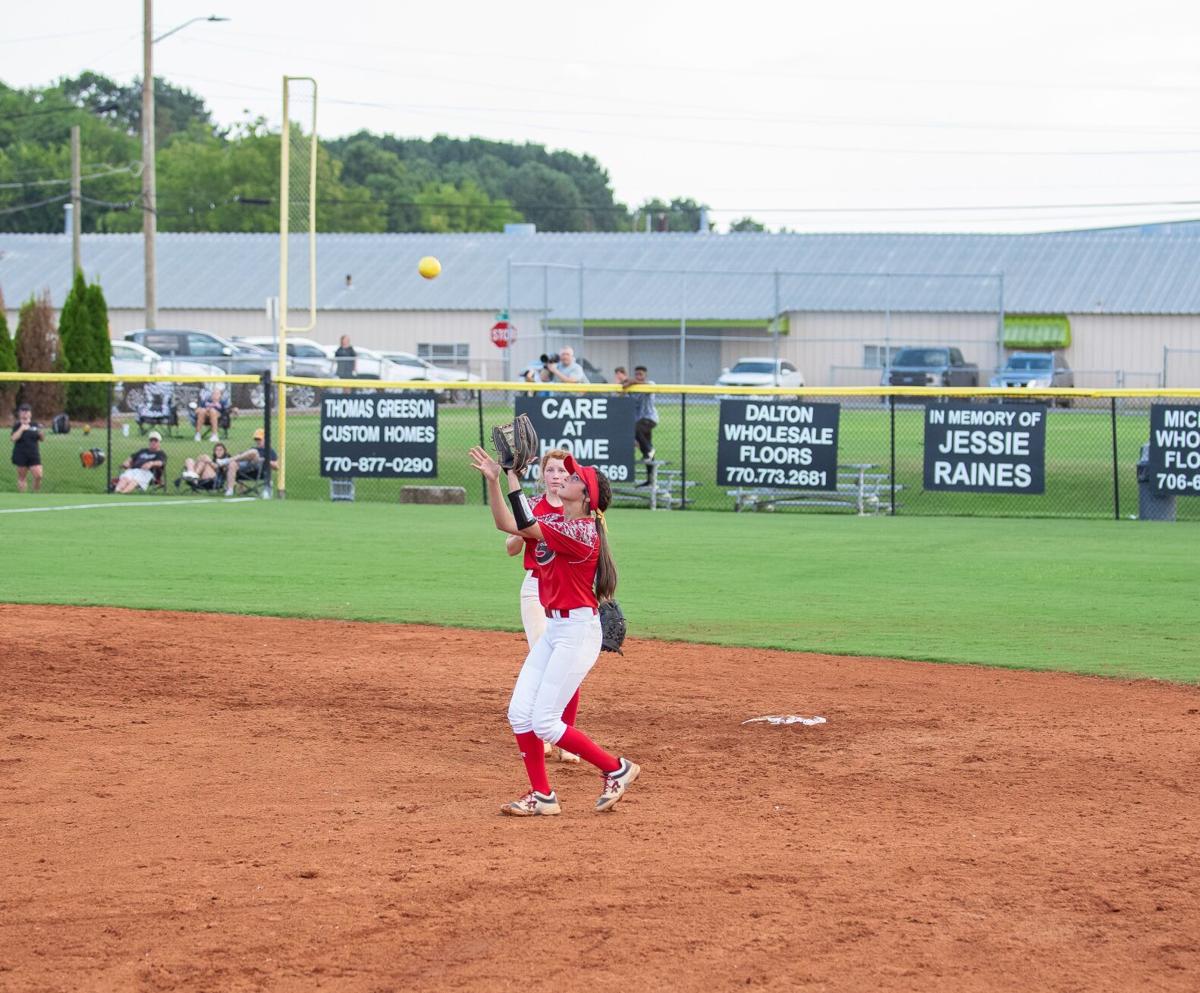 An infielder for Sonoraville gets into positive to snag a popup.

Calhoun starting pitcher Maggie McBrayer fires at pitch during a game against Sonoraville on Tuesday.

A Calhoun Lady Jacket scores a run against Sonoraville on Tuesday.

An infielder for Sonoraville gets into positive to snag a popup.

On Tuesday, the Calhoun Lady Yellow Jackets defeated the Sonoraville Lady Phoenix 4-0 in Calhoun’s first softball game of the season.

“Lyndi Rae (Davis) is a hoss,” Smith said. “She’s got a powerful bat. She hits the ball harder than anyone I’ve ever had in all my years at Calhoun. She’s going to be intentionally walked a lot of times this season.”

Calhoun (1-1, 0-0) scored a run in the opening inning via a Davis double that sent in Espee Reyes from third base. Reyes had previously singled, stolen second and advanced to third via a wild pitch. The Lady Yellow Jackets followed that up with a run in the third inning (Davis solo home run) and two in the fourth (on a Kayleigh Warren RBI single and a flyout RBI by Grace Crocker) to make it 4-0.

Calhoun starting pitcher Maggie McBrayer had a solid outing on the mound as she pitched a shutout, gave up only four hits and had a strikeout. Smith was happy with McBrayer’s performance.

“Maggie did a great job pitching,” Smith said. “She came out fired up. We’ve all been looking forward to that first game. We were supposed to have one last week, but it got rained out. She seems to be playing with more confidence and control this year. She mixes her pitches up well.”

Sonoraville (0-2, 0-0) had a tough outing in their second game of the season. Sonoraville coach Natasha Hufstetler shared her thoughts.

“We’re young this year, so I thought we played well,” Hufstetler said. “Calhoun hit the ball well, and they just took advantage of the little mistakes that we made. Overall, we played pretty well. We just had too many popups, even with runners on, and made it easy on them.”

Even though the Lady Phoenix did not score any runs, Emma Springfield, Kinsley Long, Olyvia Hopper and Kelly Green each had a hit apiece for their team.

Calhoun’s Smith was elated with getting a win in their first game of the season.

“It’s great to have that first win under our belt,” Smith said. “It’s always a good contest when we play Sonoraville — being cross-town rivals. We came out on top, which was great, and we were definitely thankful to win that first game.”

Calhoun dropped a game 2-7 against Ringgold on Wednesday.

The Lady Jackets will play next in Cartersville on Tuesday. Sonoraville hosted Ringgold on Thursday after the Calhoun Times’ print deadline.