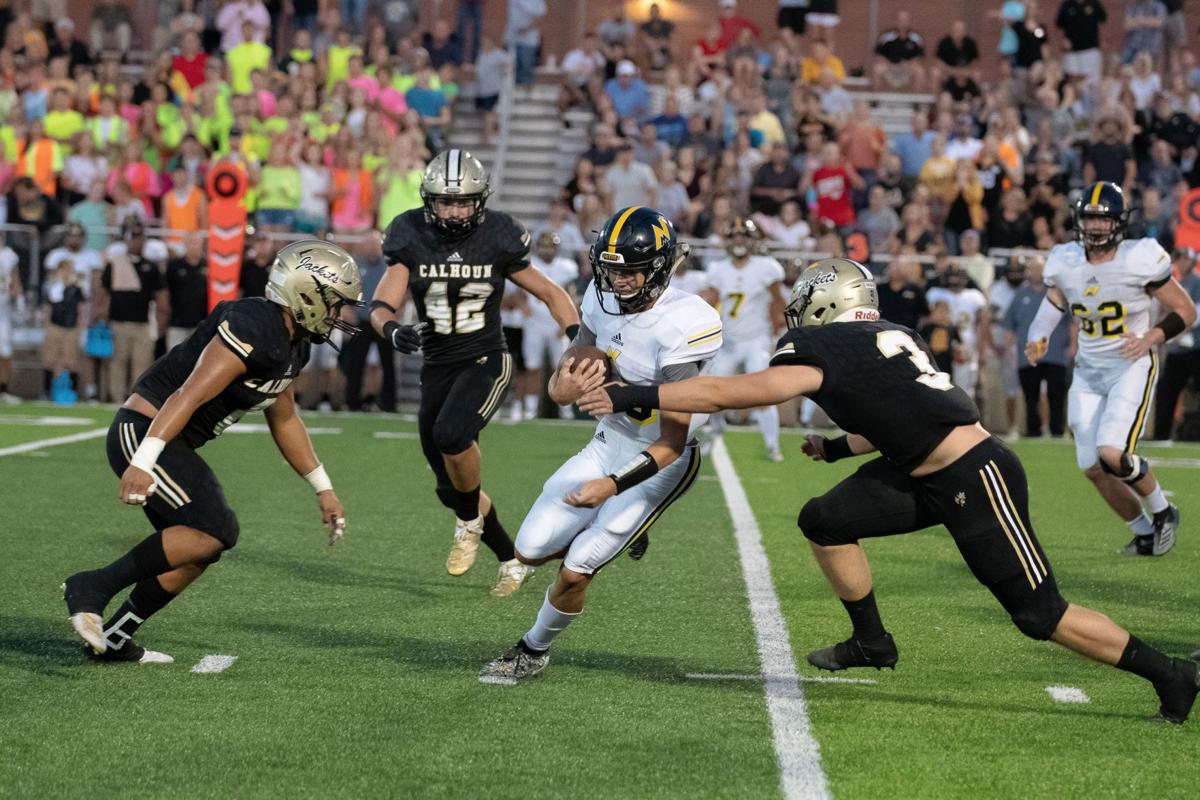 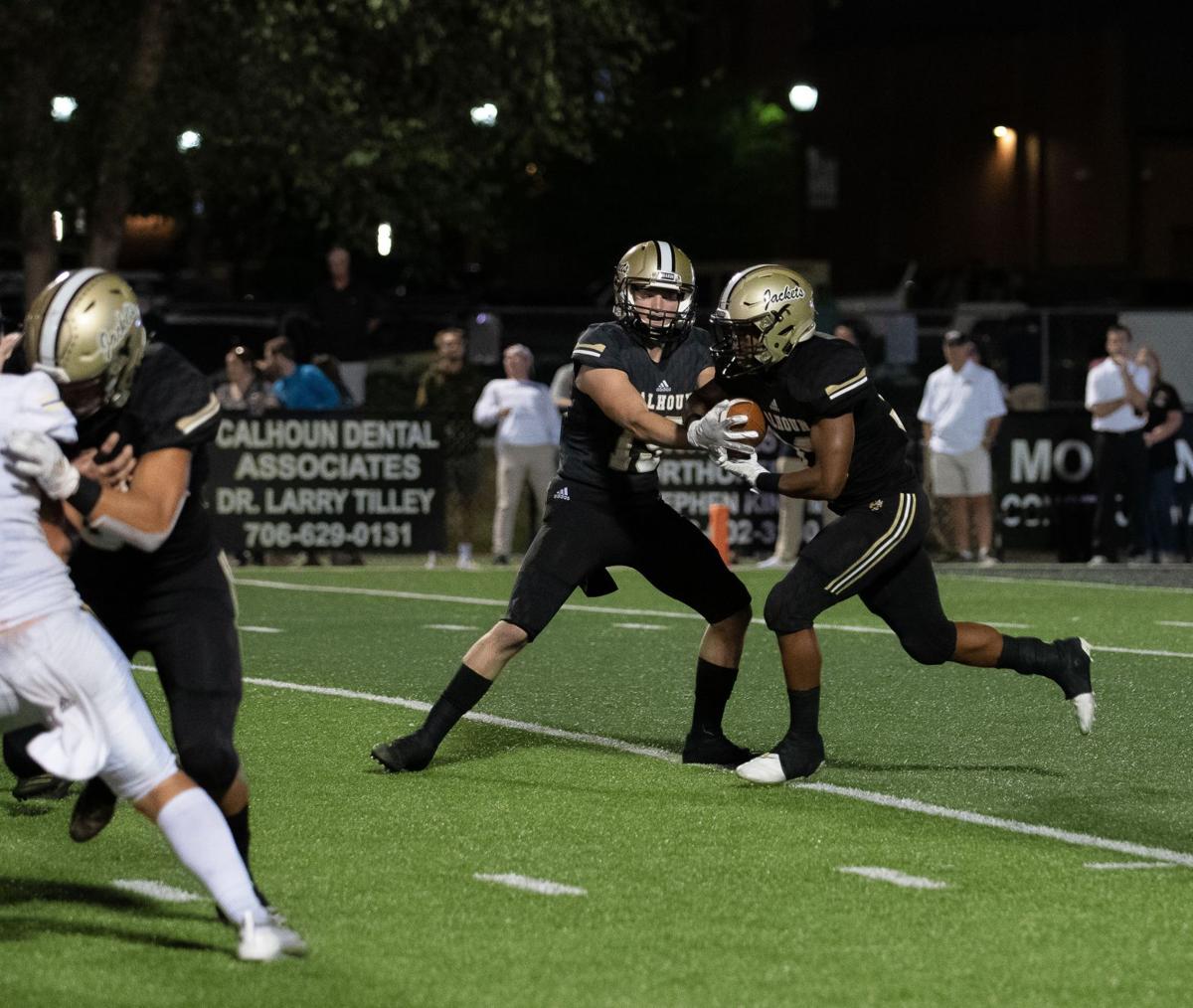 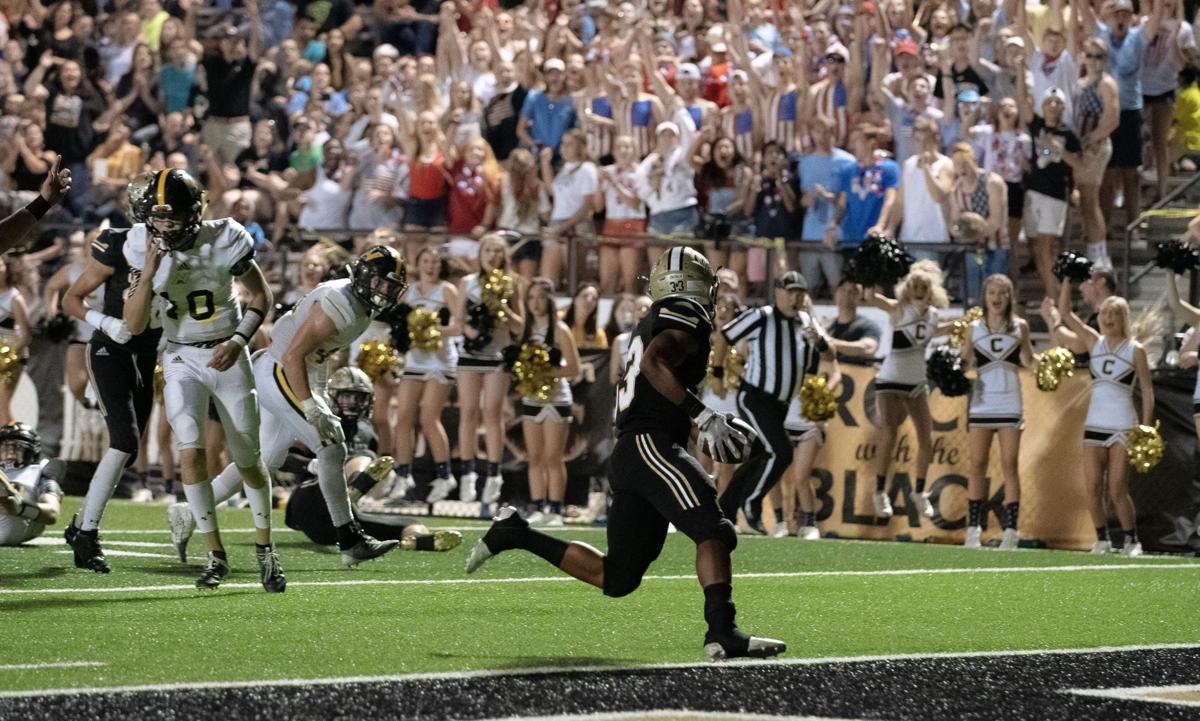 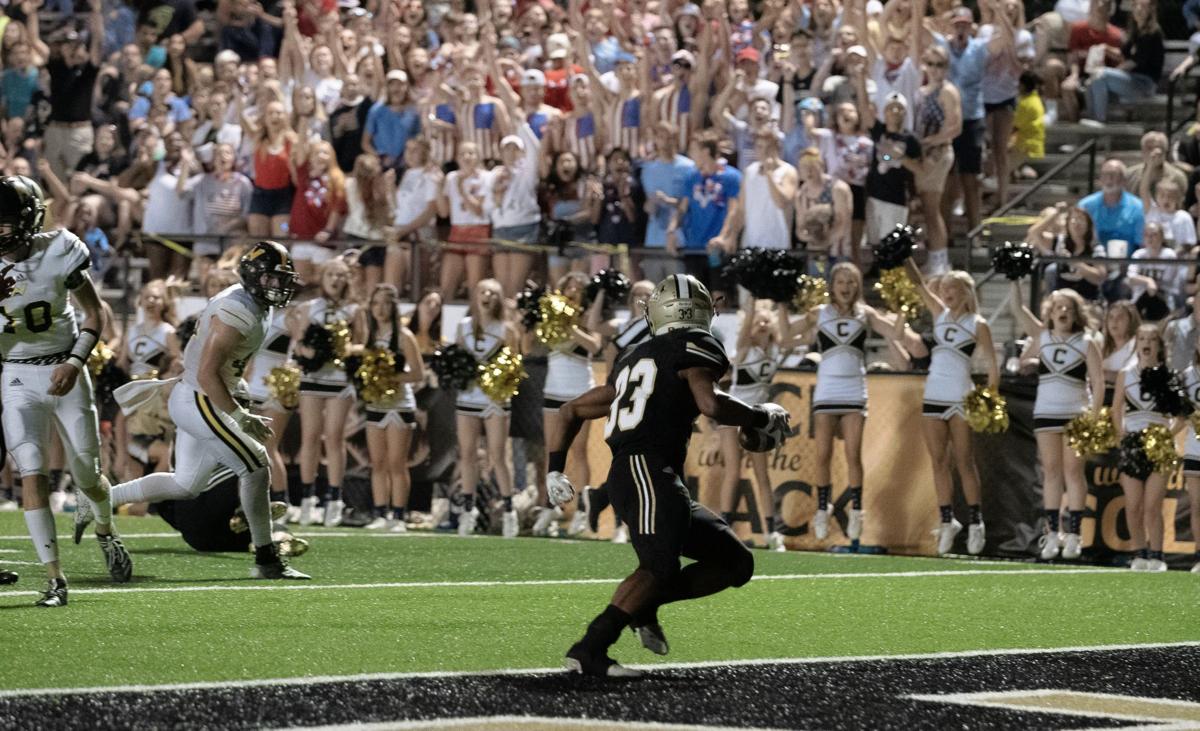 Disappointment. Disbelief. Crushed. Those are some words that could describe what transpired Friday night under the lights in Calhoun.

“I told (the team) to hang in there,” Yellow Jackets head coach Clay Stephenson said. “That’s part of what we teach them. You’ve got to roll with the punches and learn how to lose and that’s what we did tonight. Don’t let the loss be in vain, come back and be stronger next week, and be ready to go for Ringgold.”

After North Murray held a slight 10-7 halftime edge, the Mountaineers effectively wore Calhoun down on both sides of the ball, scoring 21 unanswered points en route to the road upset.

The final nail in the coffin came with just under three minutes to go, as North Murray’s Noah Lunsford sprinted untouched into the end zone from 33 yards out, tightening North Murray’s grasp on the game, 24-7.

“North Murray did a great job,” Stephenson said. “They had a great plan and they executed and we’ve got to get better.”

On the first offensive play of the game, senior quarterback Jake Morrow threw the first of his two interceptions on the evening, as the Yellow Jackets were trying to set up a screen pass. That turnover happened to cost Calhoun just three points.

But perhaps the biggest turning point of the night came about halfway through the fourth quarter with North Murray leading 17-7. Calhoun finally seemed to have the big spark it needed, a 29-yard pass play from Morrow to junior Will Seamons, setting up the Jackets inside the Mountaineer 30-yard line.

However, on the very next play, Calhoun junior running back Jerrian Hames fumbled the ball and North Murray recovered on its own 19-yard line, torpedoing what looked to be a promising Calhoun drive.

“You can’t single out any thing,” Stephenson said. “Those kids played hard, that’s going to be part of the game. You don’t win or lose a game on something like that. We didn’t do a good job as a whole of being ready to play tonight, so 100% my fault.”

Though the home loss stings, Calhoun’s first at The Reeve since Nov. 30 of last year in the GHSA semifinal against Peach County, there are still six games to be played on the schedule, including another opponent traveling to Gordon County next Friday.

“I told them Monday morning, we have to come back ready to work out, ready to meet after school and ready to practice,” Stephenson said. “Doesn’t matter what happened tonight. Next week starts a new game and hope we’ll be ready.”

Offensively for the night, the Yellow Jackets overall struggled to move the football, hampered by costly penalties and turnovers.

Calhoun’s lone score came in the second quarter when Hames weaved his way through traffic on the left side and crossed the goal line from 16 yards out for a touchdown.

That put Calhoun right back in the game at 10-7, but credit North Murray’s defense, holding the Yellow Jackets scoreless the rest of the way.

“The effort was there, I just didn’t give the team the best chance to win tonight, and I’ll take full responsibility,” Stephenson said. “Kids played hard and they’re resilient and they’ll come back Monday ready to work.”

The Calhoun Yellow Jackets remain at home and welcome the Ringgold Tigers next Friday, Sept. 27, to Hal Lamb Field at Phil Reeve Stadium. Kickoff is scheduled for 7:30 p.m.

Where to get a mask in Cherokee County

Stocks on Wall Street drift from small gains to losses

Standoff on US virus relief package leaves damage all around