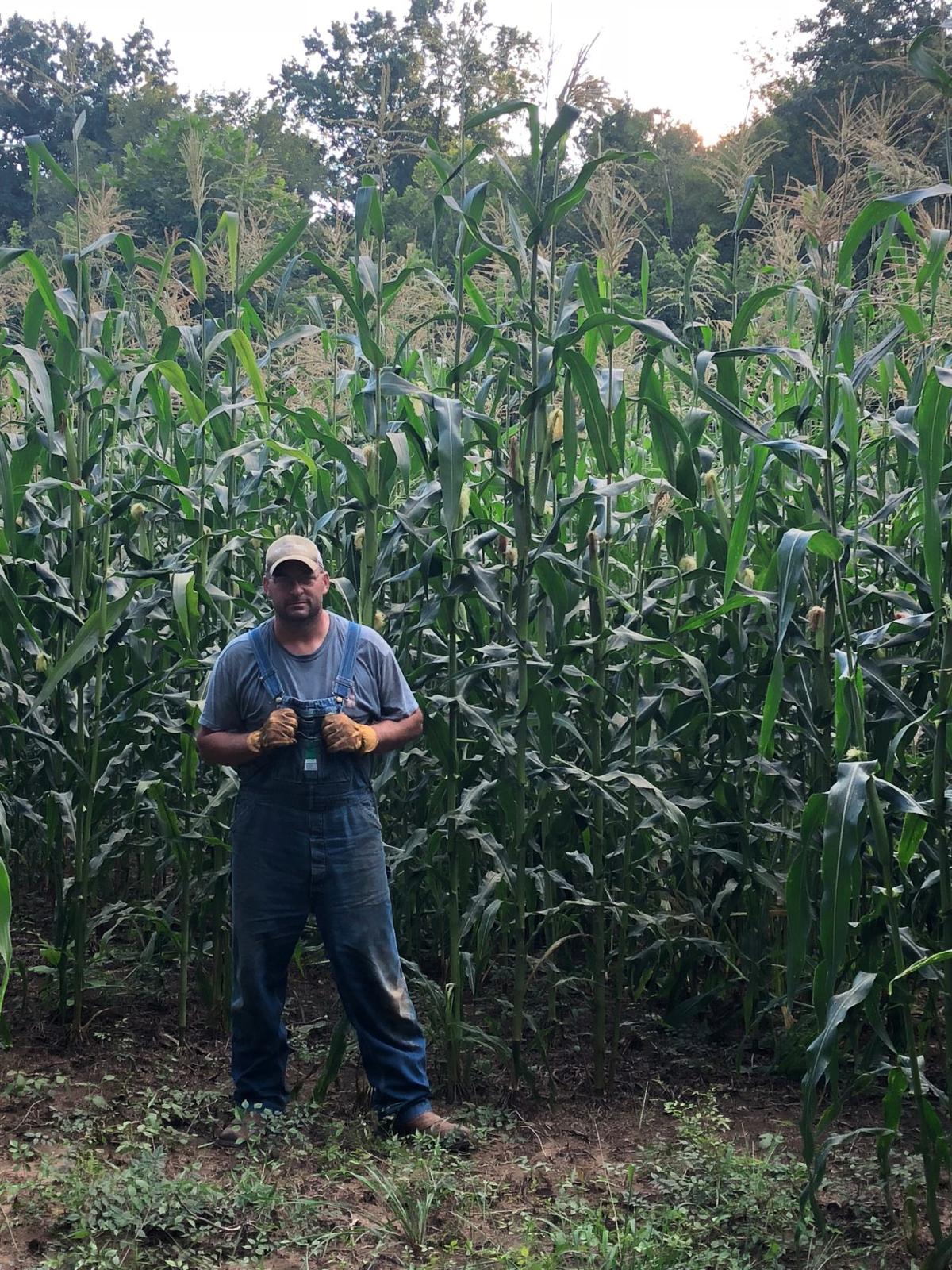 Mike Reynolds poses with his corn crops at Reynolds Farm. 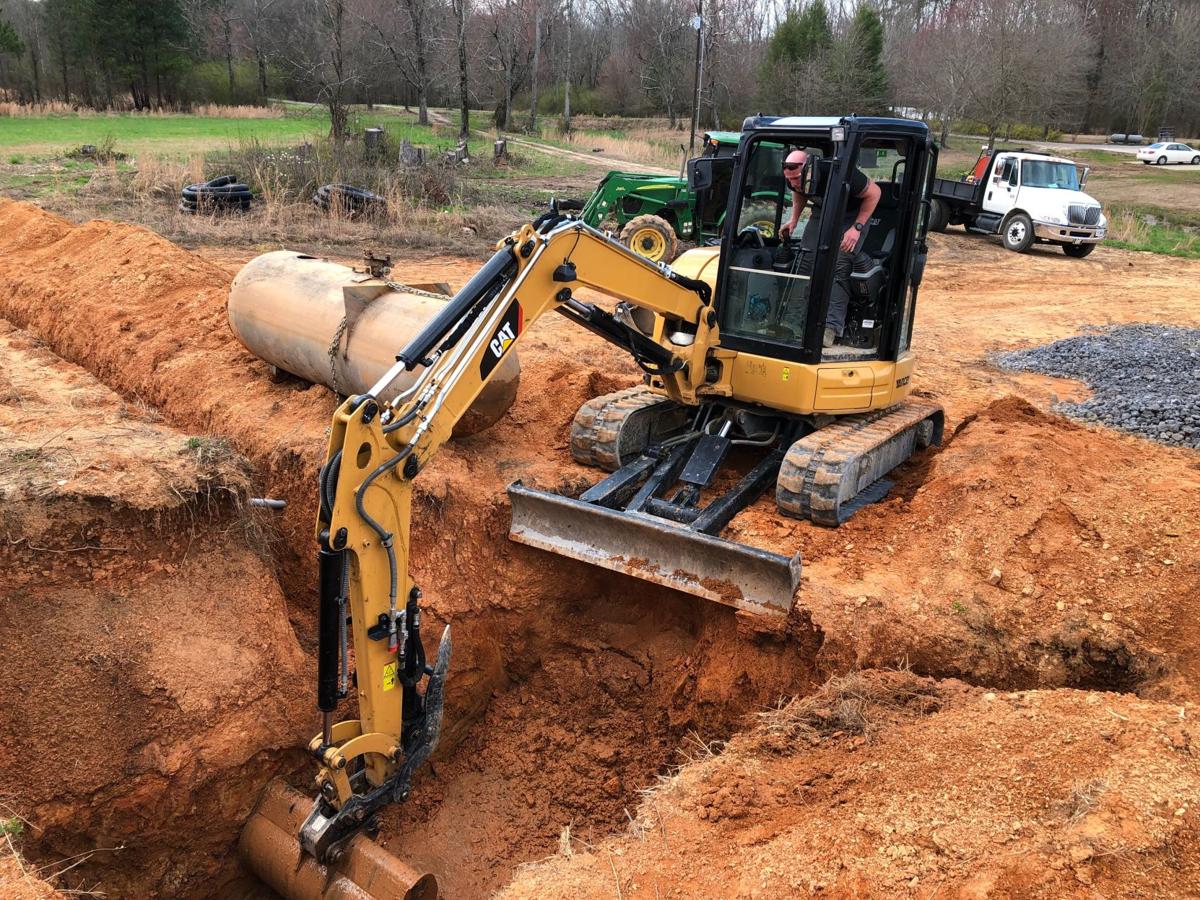 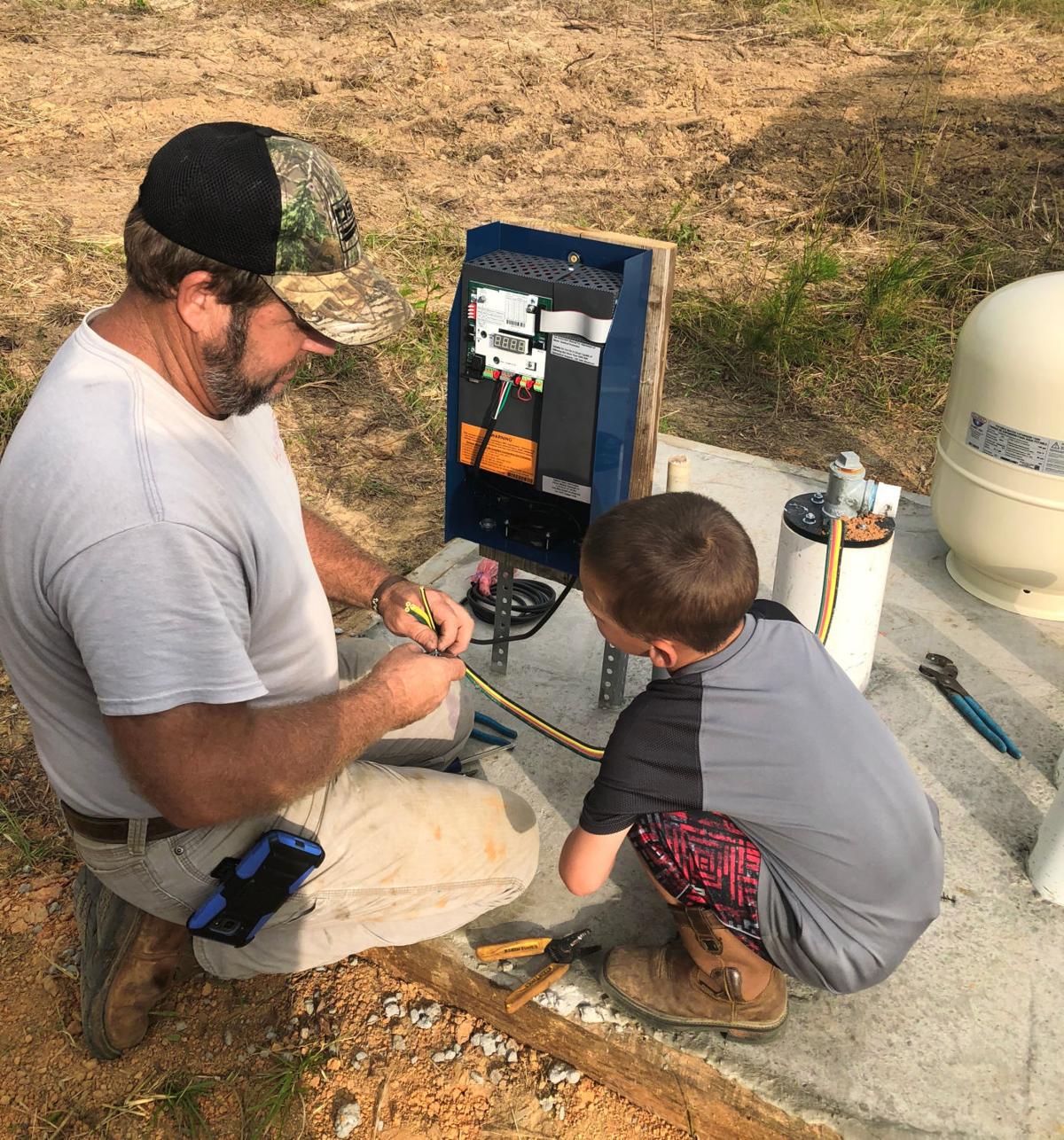 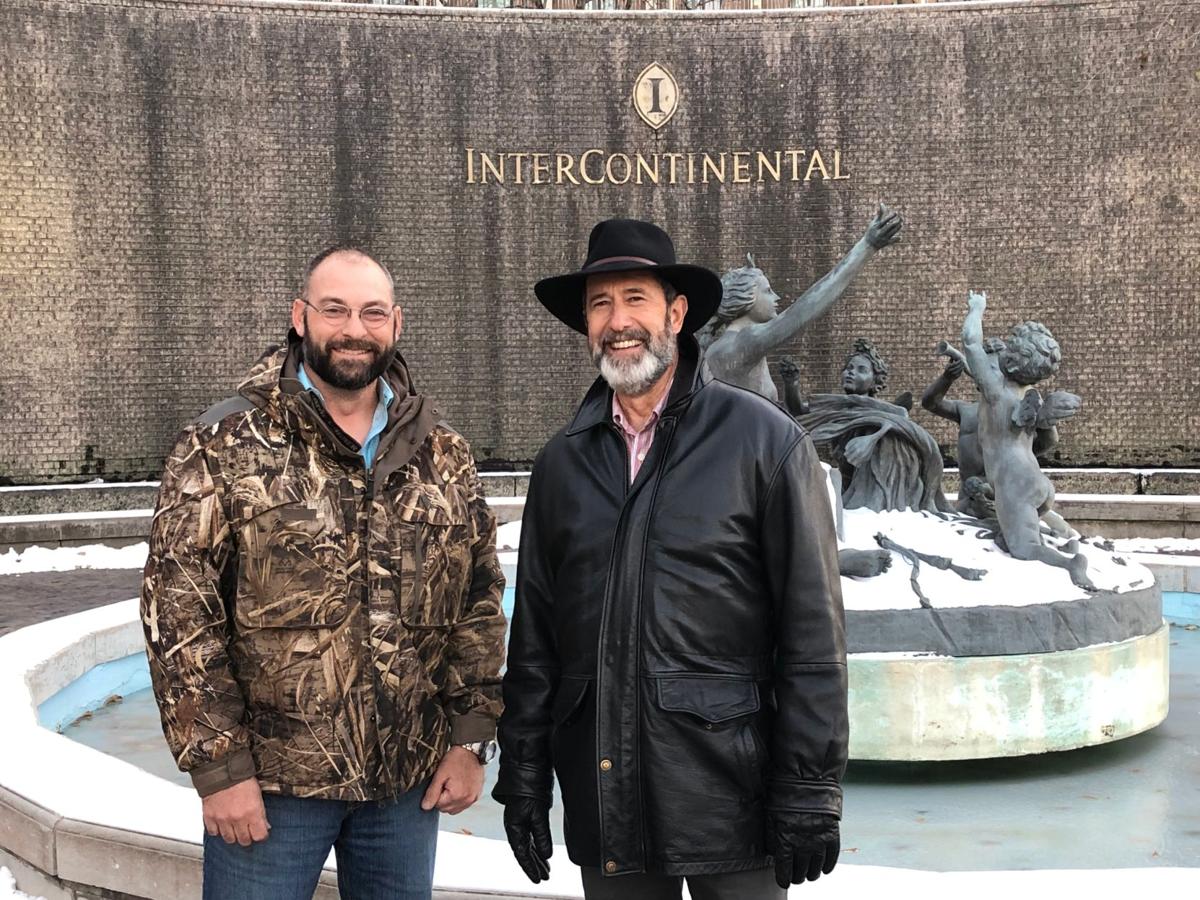 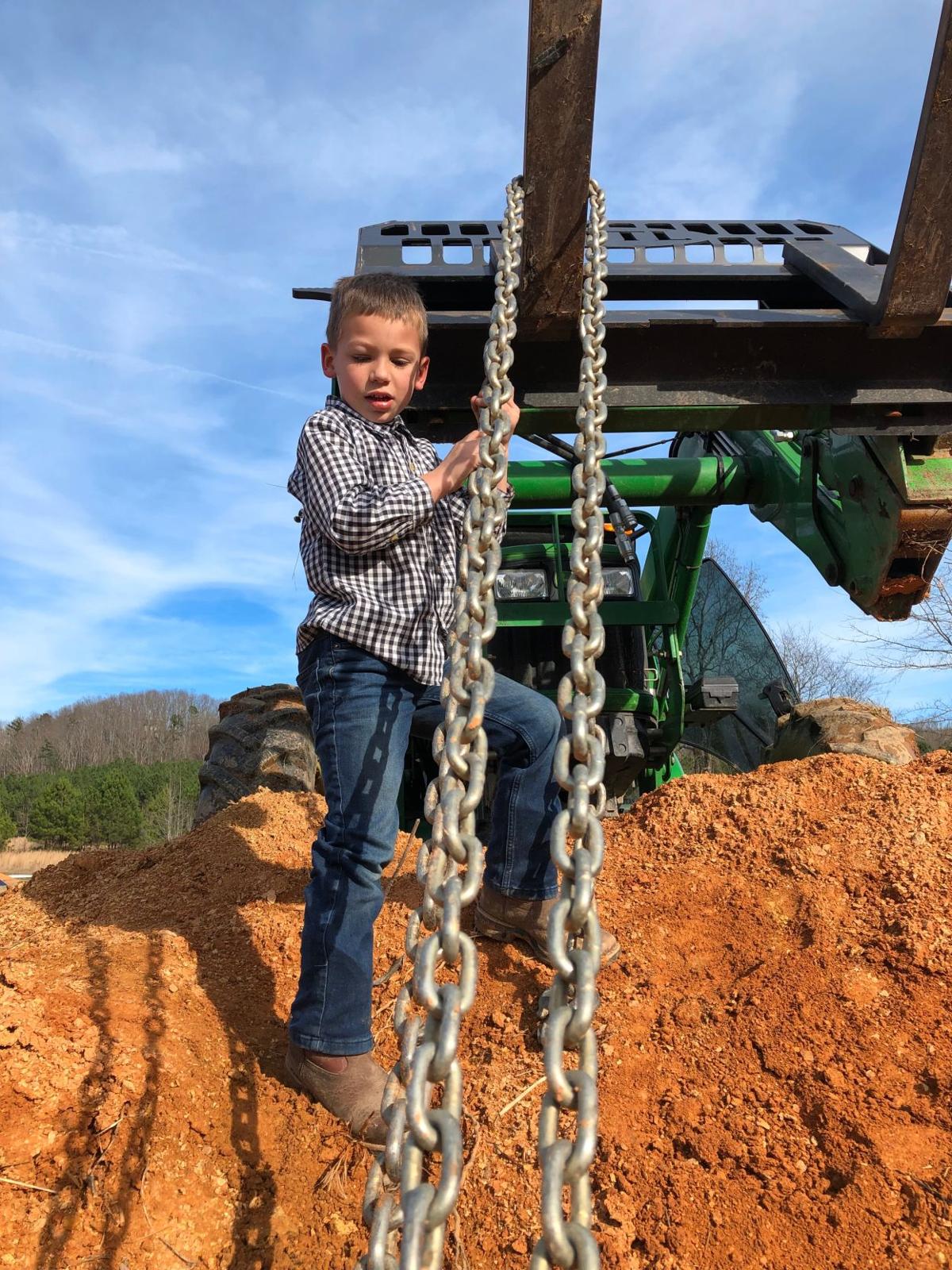 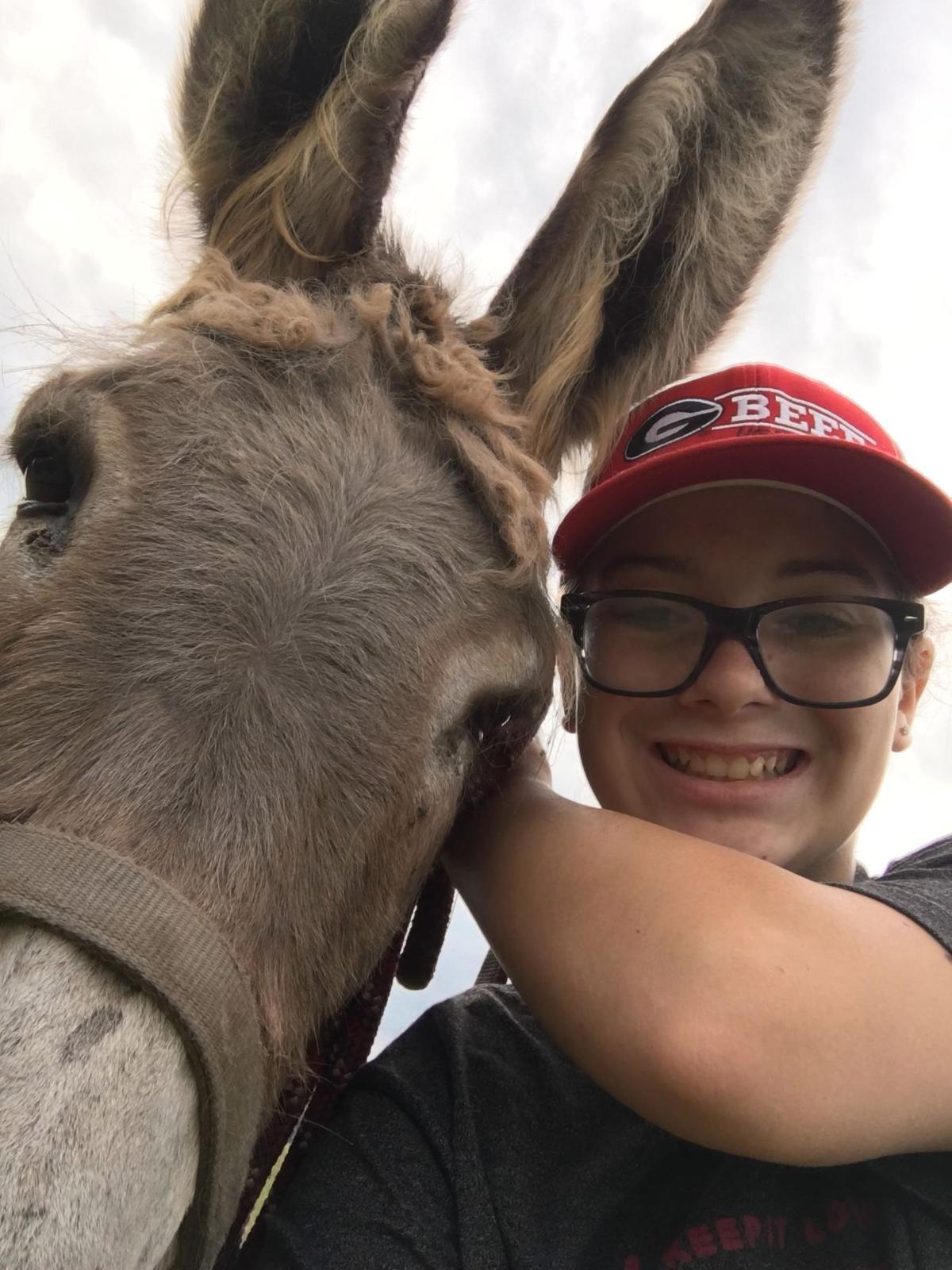 Katie Reynolds and JoJo the donkey.

Mike Reynolds poses with his corn crops at Reynolds Farm.

Katie Reynolds and JoJo the donkey.

U.S. Army veteran Michael Reynolds served as a flight paramedic for 18 years before being medically retired in August 2012 following a traumatic brain injury in Iraq. For him, making the transition back to civilian life meant finding a new purpose. He found it in farming.

Now, as the owner and operator of Reynolds Farms, he hopes to help other wounded and disabled veterans find their path back home the same way.

“We recognize the fact that with 22 veterans a day committing suicide, you have got to have something to do,” Reynolds said. “I wake up every morning with more to get done than I’ll ever get done that day. That’s what we have found works for us and for me. You have to wake up with a mission.”

Reynolds, known by many as Farmer Mike, says the 82-acre farm is still about two years away from opening as a full-service farm with opportunities for veterans to learn and work.

Once it is ready, he said it will consist of a bunk house with beds available for those who work at the farm and the farm itself, which provides a variety of entry points for individuals who are new to farming. They include solar-based energy, bee hives, goats, chickens, alpacas, cows, horses, pigs, timber and a variety of fruit trees and vegetables.

“Say we get a veteran who comes in and has an injury but wants to work with cattle. Maybe we’d send him to milk cows. Maybe, for whatever reason, he can’t do that. Maybe he needs to work with a smaller animal first. Well, goats are smaller,” Reynolds said. “So, we’ll take him over and show him how to work with the goats. It’s just really important, I think, to show them what’s possible. There is a role for everyone on a farm.”

Before his injury, Reynolds had always been involved in the medical field. He got his start in January 1990 through a program at his high school. He continued that work with the fire department, emergency medical services and, later, the military.

“I was flying Medevac in the military,” Reynolds said. “I came home and I didn’t know what to do. I tried to go back and find a place working at the police department or EMS, but I just couldn’t. So, eventually, I decided to figure something else out. That’s when I met Eddie and told him I just needed something to do.”

Eddie Brannon, the president of Max Brannon and Sons Funeral Home, invited Reynolds to come help out on his farm. Reynolds spent two years there, working six and a half days a week. The work was tiring at times, but he found that to be a benefit. Being tired allowed him to sleep better at night, and the difficulty of the work allowed him to channel his “military mindset” into something productive.

“Farming is good because you wake up and you go out, and there’s always something that needs to be done. Failure isn’t an option. That’s something that was drilled into me in the military and in EMS,” Reynolds said. “When you’re in the back of an ambulance delivering a baby, failure isn’t a possibility. It’s like that on the farm too.”

Farming is also a good option for veterans who’ve just returned home, Reynolds said, because it helps them find new ways to get the adrenaline rush they felt overseas. Without that outlet, veterans sometimes find other, less productive or dangerous ways to fill that void.

“You can’t go from what we did at 3 a.m. in Iraq to a Sunday school class,” Reynolds said. “You can’t. You have to have something to balance it and get that adrenaline feeling from. If you’re someone like me, who worked with the worst of the worst patients in Medevac, you’re kind of in a quest for that endorphin rush of the job. You can’t get that anymore. So, you have to go and lift a lid on 25,000 honey bees and steal their honey. Or you work cows and hope not to get kicked. You find a new way.”

Mentorship, like the kind Mike Reynolds received from Eddie Brannon, has been at the heart of Reynolds Farm since its onset. Both Katie Reynolds and her father were quick to credit friends and family for helping the farm become a reality.

Specifically, Reynolds shouted out Brandon Allen of Allen and Sons Construction, who helped install a waste management system for the pig house at Reynolds Farms and allows the family to borrow equipment when possible, Farmer Veteran Coalition President Gary Matteson, who taught him how to sell beef to new people, B.J. Robinson at Georgia Farm Bureau in Calhoun, and Timmy Huskins of Huskins Well Drilling and Pump Service in Resaca.

“With people like them, folks who are willing to help you out, it is a lot easier. They make it possible for us to do this,” Reynolds said. “You have the guidance you need. They’re good about making introductions and giving advice. They share what they know.”

Paying that kindness forward is important to the Reynolds family. It is one of the reasons why, even though the farm is not technically ready for employees and veterans, they have already begun helping others with what they produce and what they’ve learned.

A few months ago, for example, a veteran in Blue Ridge reached out to Reynolds to talk about how to set up a business. He had honey bees but he had needed a loan to buy property to farm them on. In order to do that, he needed a business plan.

“I let him see mine and he reworked it for his business and reworked the numbers, and that worked for him,” Reynolds said. “That’s what we do. We help each other.”

More recently, the farm received a call from a veteran in Cartersville looking for a job. Reynolds told the man that the farm wasn’t ready to hire just yet. Then, he asked if there was anything else he could do to help.