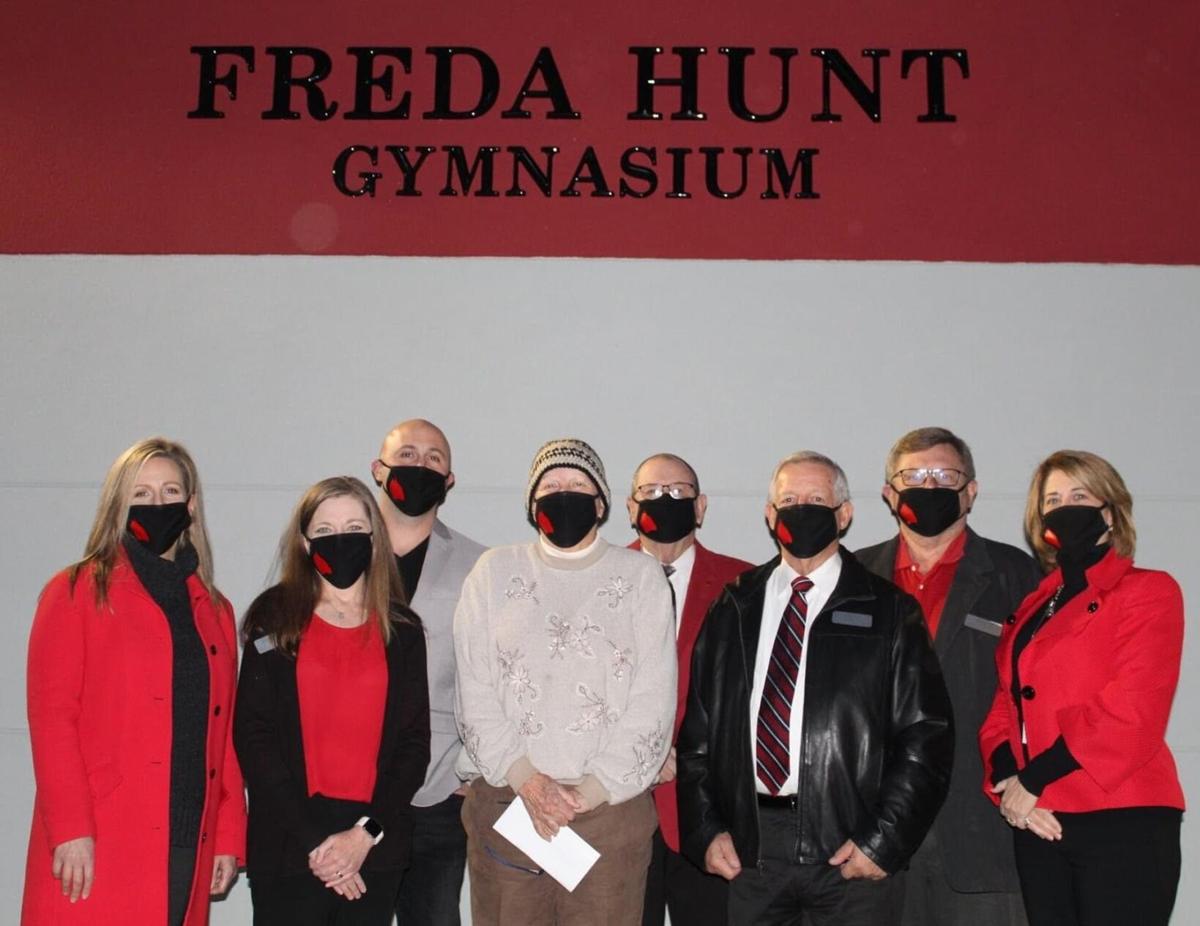 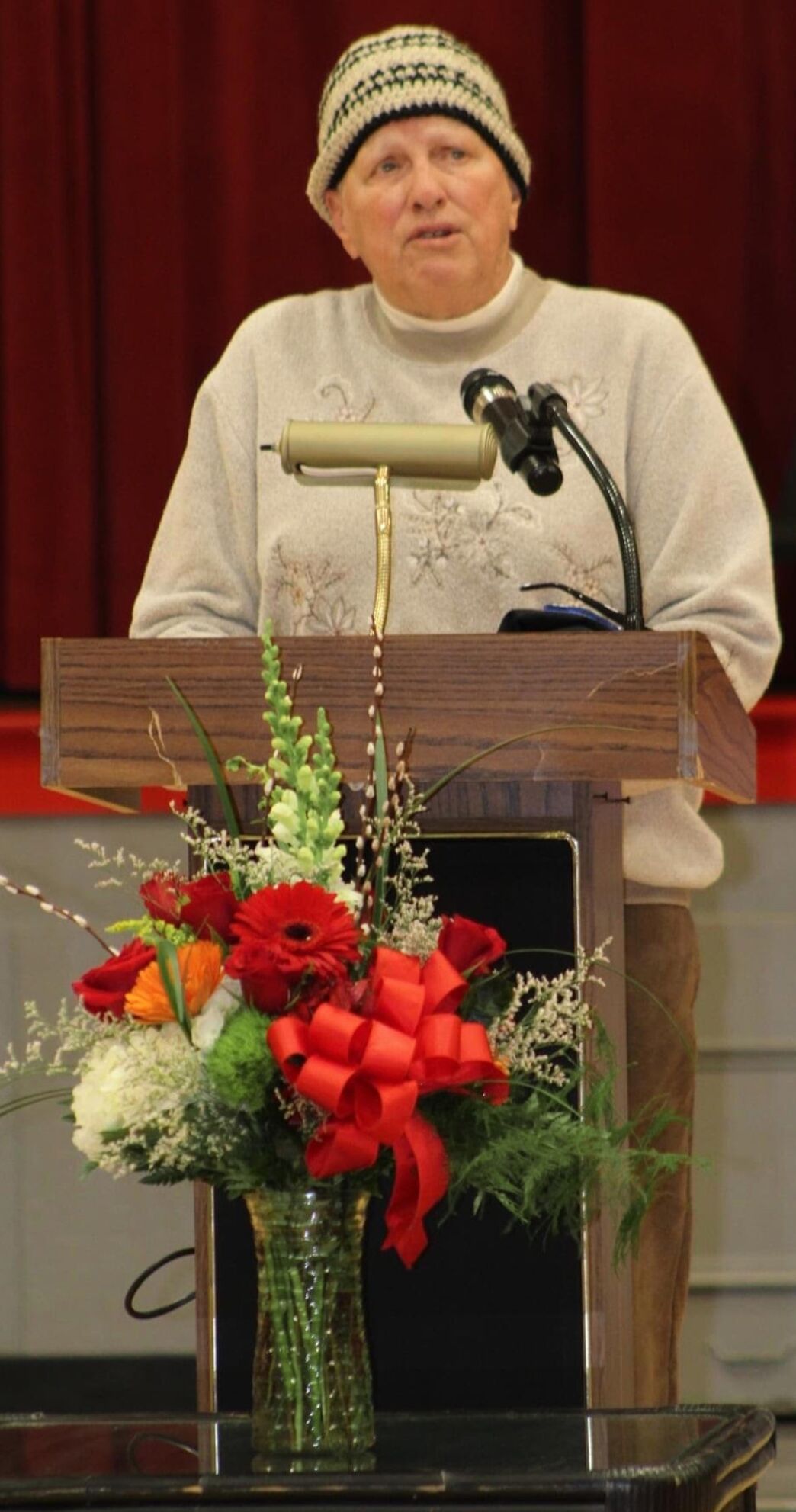 Freda Hunt is honored for her athletic and career achievements.

Freda Hunt is honored for her athletic and career achievements.

The Gordon County Board of Education unanimously voted Oct. 12, 2020, to name the historic Red Bud Dome the Freda Hunt Gymnasium. During its January 2021 meeting, the board held the official dedication ceremony.

Board of Education Chairperson Charlie Walraven delivered remarks about Hunt, illustrating the decision to name the facility after her.

“Tonight, we are here to honor a tremendous athlete and legendary member of the Red Bud and Gordon County communities with the naming of the Freda Hunt Gymnasium,” began Walraven who went on to outline Hunt’s high school basketball career, which consisted of several athletic records and accomplishments, all of which are outlined in a bronze plaque to be installed on the outside of the facility.

Hunt was on hand to accept the award and took the opportunity to recount her time as both a player and a coach at Red Bud High School.

She went on to thank many of her former teammates for their part in her success as well as her former players in whom she expressed great pride, “They have always conducted themselves with character, and I hope I played a small part.”

The ceremony ended with Hunt being presented a replica of the plaque that will be installed in this historic Red Bud dome, as well as a lifetime pass to attend all Gordon County Schools’ athletic events.

The plaque reads: On October 12, 2020, the Gordon County Board of Education unanimously voted to name the historic Red Bud Dome the Freda Hunt Gymnasium after one of the community’s most prominent members and one of Red Bud High School’s most academically and athletically accomplished alumni. Freda Hunt not only served the school system as a tremendous student athlete but later spent her career as a teacher and coach in the school system and remains a valued community partner well into her retirement.

Freda Hunt played basketball for the Red Bud Cardinals from 1961-1965. She is best-known in school history as the player who broke the state record by scoring 86 points in a single game. This game, a 92-25 victory over Gilmer County, marked an incredible 30-game winning streak by the Red Bud Lady Cardinals who eventually earned a state runner-up title and a 37-2 overall record. Hunt went on to score 1,146 points in her senior season alone, and averaged 40+ points per game for her career.

In addition to her contributions to Red Bud High School’s championship basketball team, Freda was named the 1965 state championship MVP and a member of the statewide all-tournament team.