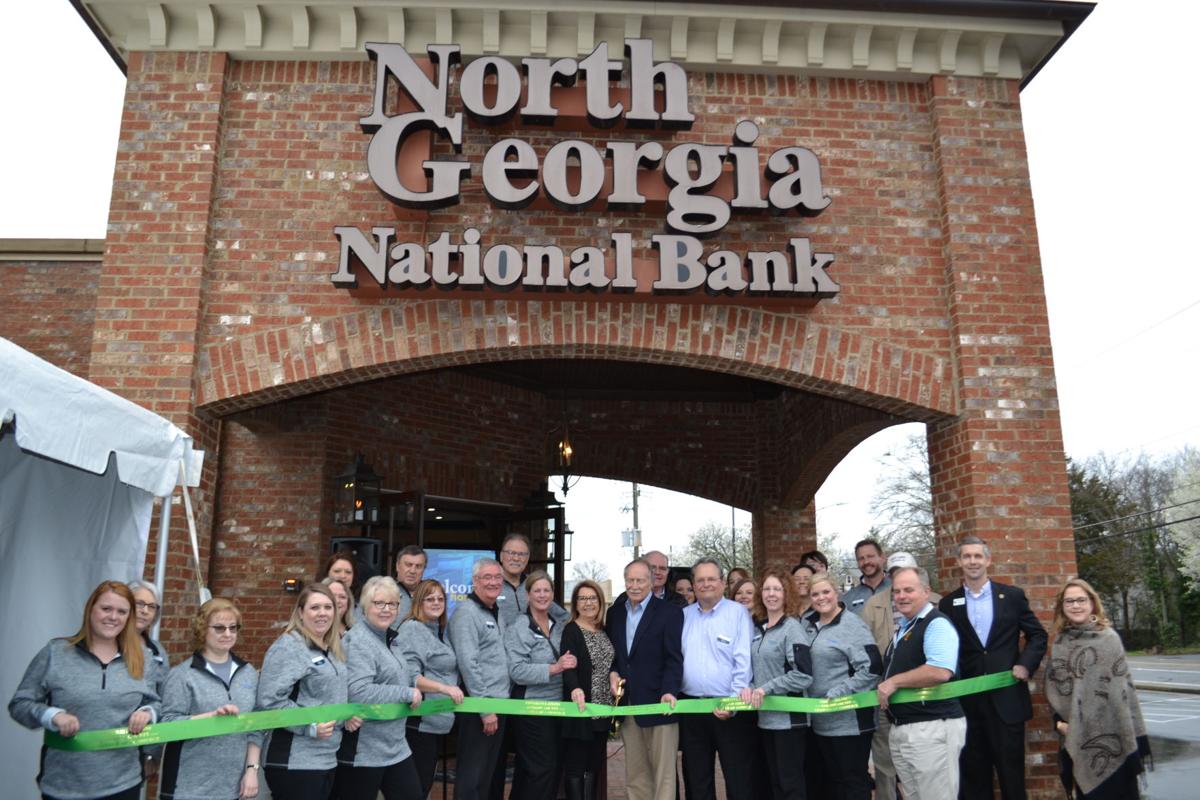 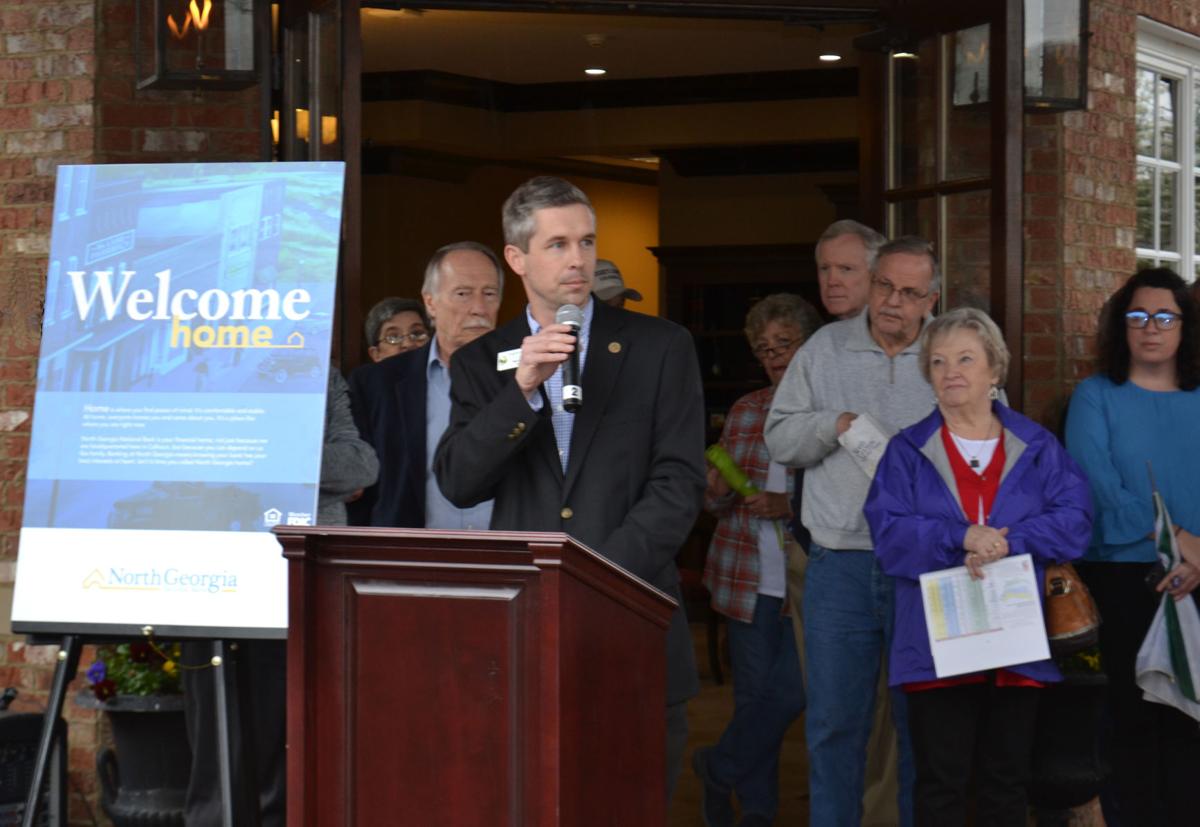 Paul Worley, Calhoun’s assistant city administrator and chairman of the Gordon County Chamber of Commerce Board of Directors, speaks at the 20th anniversary event of North Georgia National Bank. / Contributed 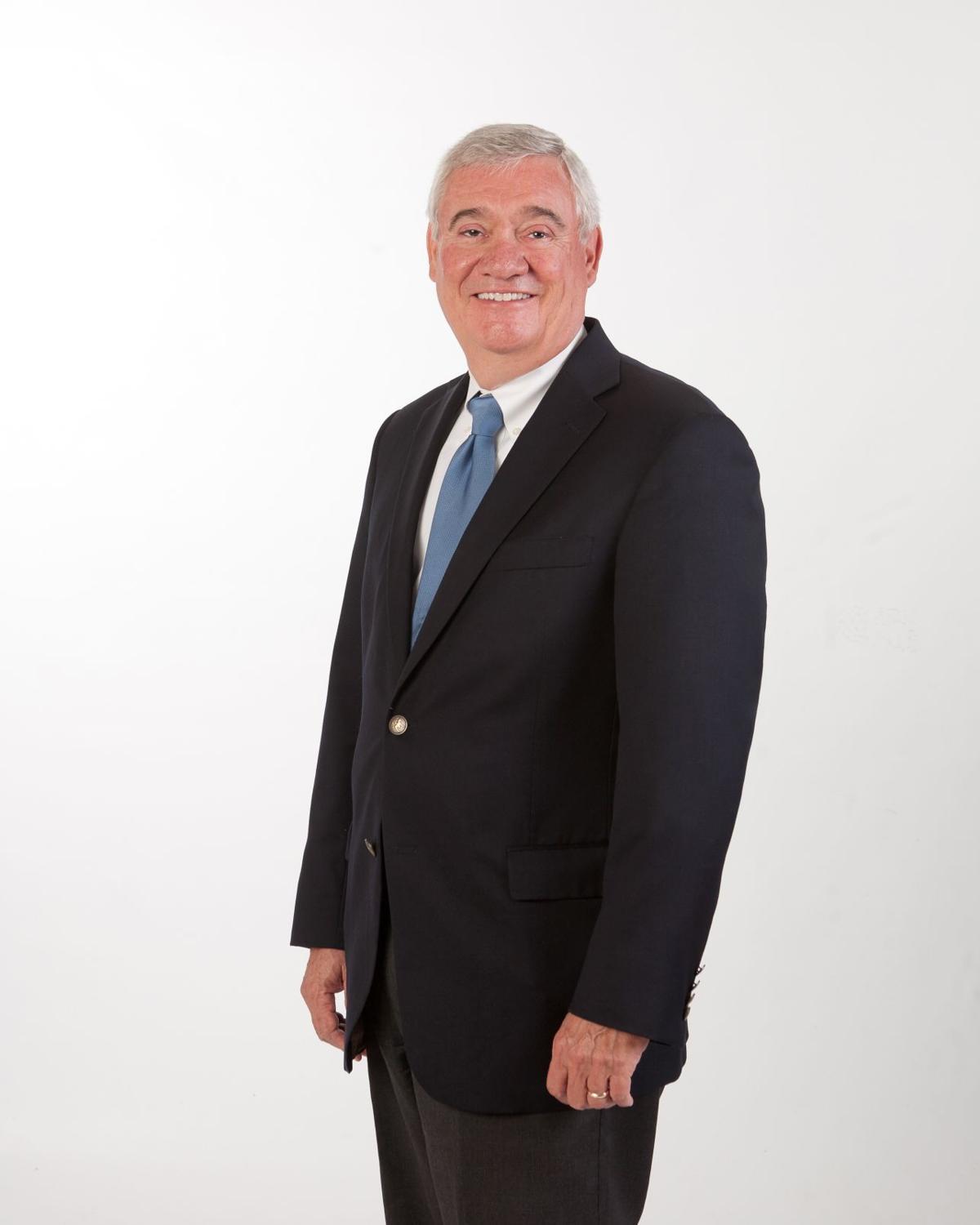 Paul Worley, Calhoun’s assistant city administrator and chairman of the Gordon County Chamber of Commerce Board of Directors, speaks at the 20th anniversary event of North Georgia National Bank. / Contributed

North Georgia National Bank opened the doors to its Court Street branch location in honor of its twenty years in Calhoun recently. Bank staff and administration, business partners and community leaders, elected officials and Chamber representatives all gathered on the parking lot, under the tent or in the building to celebrate the milestone.

Bank President George Crowley presided over the festivities and welcomed local leaders to the podium, all of whom offered their compliments and congratulations. Speakers included Paul Worley, the assistant city administrator and chairman of the Gordon County Chamber of Commerce Board of Directors; Tom Kinnamon, the chairman of the North Georgia National Bank Board of Directors; and Kathy Johnson, the president and CEO of the Gordon County Chamber of Commerce. Bert Vaughn, who commemorated the bank’s opening with prayer while still serving as pastor of Calhoun First Baptist Church, repeated history by offering an invocation at the anniversary celebration.

“We are here today to celebrate two things,” Crowley began. “The first is a new grand opening for this branch, which first opened in 2008 and never actually closed but was used as a teller facility. If you recall, there was a recession during that time that came to be known as the Grand Recession. We are happy to be a part of downtown Calhoun. At the Chamber’s Annual State of the City address delivered by Mayor Jimmy Palmer last week, he said that every community needs a heartbeat and we think downtown Calhoun is the heartbeat of Gordon County.”

“The second thing we are celebrating is our twentieth year of being a part of the business community in Gordon County, but our story really began much earlier because many of our banking professionals have been a part of this community for many more than two decades,” he continued, “Today, North Georgia National Bank is still grounded in the values of its founders and it’s stronger because of the challenges it overcame. We are very proud to be the only locally-owned and headquartered bank in Gordon County.”

During the event, bank employees offered tours of the facility and refreshments were available. Following the ceremony, a buffet catered by Dub’s High on the Hog Restaurant was served, along with sweets and beverages. Several prize drawings took place and lucky winners received an iPad, Apple Watch, and Apple Airpods. The bank also unveiled a new logo, designed by local artist Nate Mason with Tonality Design and Marketing LLC.

The mission of North Georgia National Bank is to exceed its customers’ expectations by providing superior service, a maximum return to its shareholders, challenging career opportunities for its employees, and positive leadership for the well-being of the community.