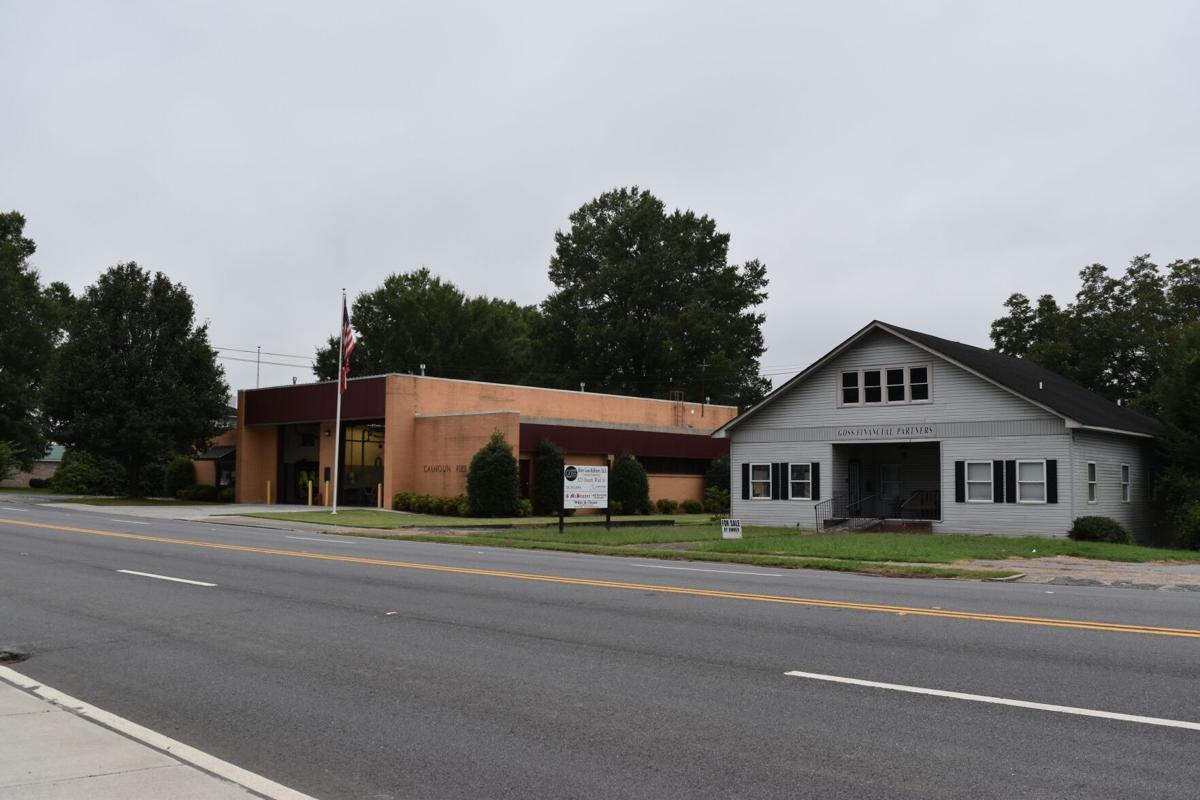 Calhoun’s City Council has approved the purchase of a 0.67-acre property with office at 324 S. Wall St., adjacent to the fire department. 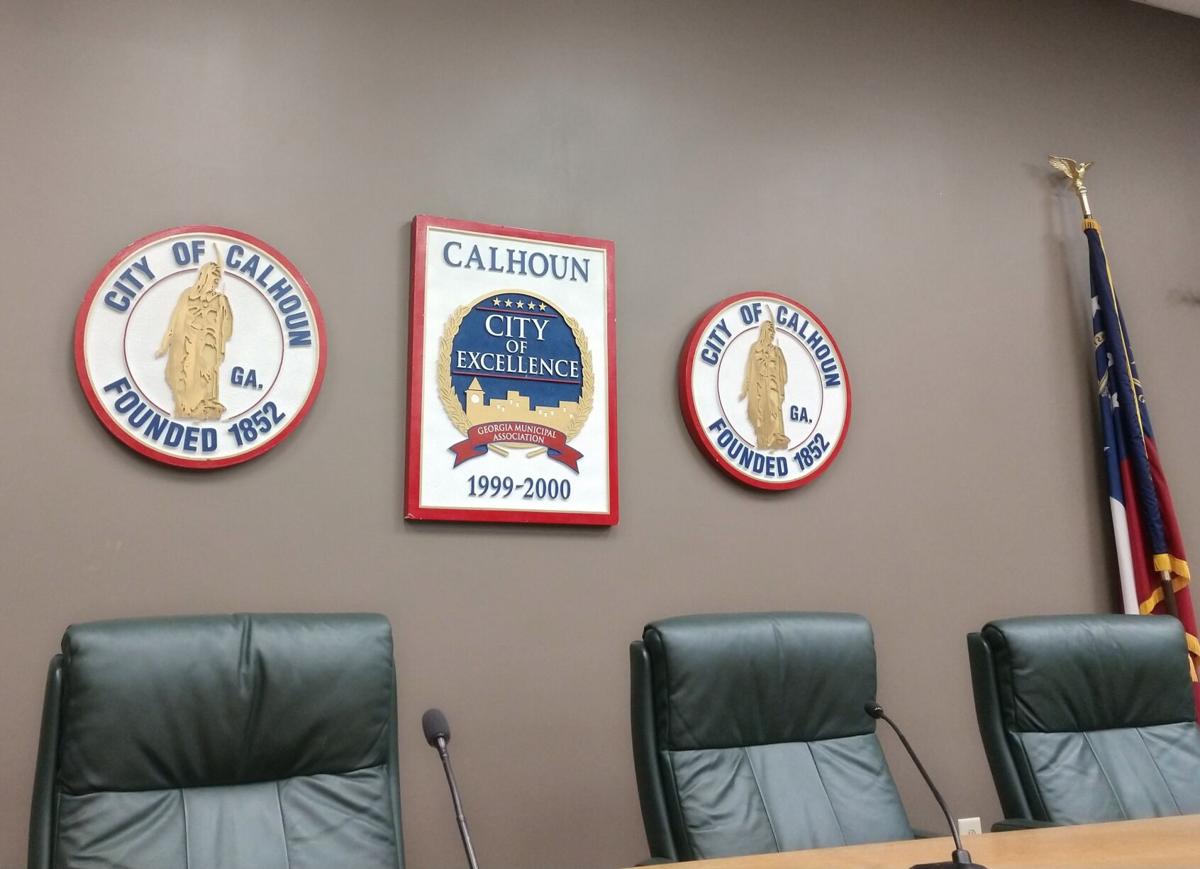 Calhoun’s City Council has approved the purchase of a 0.67-acre property with office at 324 S. Wall St., adjacent to the fire department.

A requested variance for a tiny home development failed to come to a vote at Monday night’s Calhoun City Council meeting.

The variance of 610 feet less than the minimum floor area of 1,150 requested by Tiny House Hand Up Inc. for a development off Beamer Road and Harris Beamer Road died without a motion following a public hearing.

“Nationwide, two out of three people who own a tiny home are either senior citizens or first-time homeowners.” Tiny House Hand Up Chief Executive Officer Haley Stephens. “They will allow the free enterprise system to help where government has been unable to, and they will interject the pride of ownership into each unit.”

Stephens said though tiny homes aren’t for everyone, they could play a role in helping to solve the local affordable housing issue.

Several citizens turned out to speak against the variance Monday night, including Butch Layson, who said his family has been developing a nearby subdivision and worries about property values in the area.

“I’m all for affordable housing,” Layson said. “I think it’s the wrong way to go about it. Seems like it’s out of the realm of the variance and that’s not the way to do it.”

Ladella Childres, who lives on nearby Wayne Street, said she was also concerned about housing values in the area that might be caused by a tiny home development, while Beamer Road resident Austin Hawkins questioned the future stability of any homeowners association that might be set up by Tiny House Hand Up.

Harris Beamer Road resident Robert Taylor had questions about the age, vehicle, and occupancy restrictions any future development covenant might put in place, while Beamer Circle resident Kendra Gubaci expressed concerns over the ability of the city to keep up with trash and other municipal services in the area.

Councilwoman Jackie Palazzolo responded to criticism she said she’s recently faced due to her stance on the development in question.

“I do my own research in every single thing I vote on,” Palazzolo said. “I listen, I research, I vote independently.”

Following the public hearing, no motion to vote on the variance request was made by anyone on the council, thus the issue died.

Two more public hearings on the agenda ended in unanimous passing votes, including a zoning change request from R-2 to planned residential development for 39 acres at the termination of Millers Lane by Venture Communities LLC, and a beer and wine package license for Samrat Business LLC/ABC Convenience Store at 703 Oothcalooga St.

Another item concerning city zoning saw its first reading before the council Monday night. The ordinance would amend, strike or change certain sections of Part II – Code of Ordinances, Appendix A – Zoning, Article VII – Use Requirements by District, Section 7-14, PRD, Planned Residential Development; to “repeal all conflicting ordinances, to fix an effective date; and for other purposes.” The item is eligible for a public hearing Nov. 8.

A motion to allow Mayor Jimmy Palmer to sign the purchase contract for the city’s purchase of a property at 325 S. Wall St., a parcel adjacent to the city fire department.

“This is an opportunity the city has to plan for the future of the Calhoun Fire Department,” City Administrator Paul Worley said. “It’s approximately 0.67 acres with a building already on site. We feel like it’s a good acquisition for the City of Calhoun for immediate relief to provide additional office space for the department.”

Council members also unanimously approved a bid award to Momon Construction for a $427,281 City Records Retention Building. Momon, a local firm, was the second-to-lowest bidder for the job, but ultimately beat out Riley Construction due to various factors dealing with completed project history, timeline questions and other concerns following reference checks.

Also approved was a traditional downtown route approval from Gordon County Schools for the Gordon Central High School homecoming parade set for Thursday, Oct. 28, as well as a request by Calhoun First Baptist Church to close a section of Fain Street from College Street to Pitts Street, Monday, Oct. 22, so preschool children can participate in a trunk-or-treat event.

A resolution was also approved to amend the intergovernmental participant contract “among all members respecting participation in Electric Cities of Georgia Inc.”

The next meeting of the council is set for Monday, Oct. 25, at 7 p.m. All meetings are open to the public.