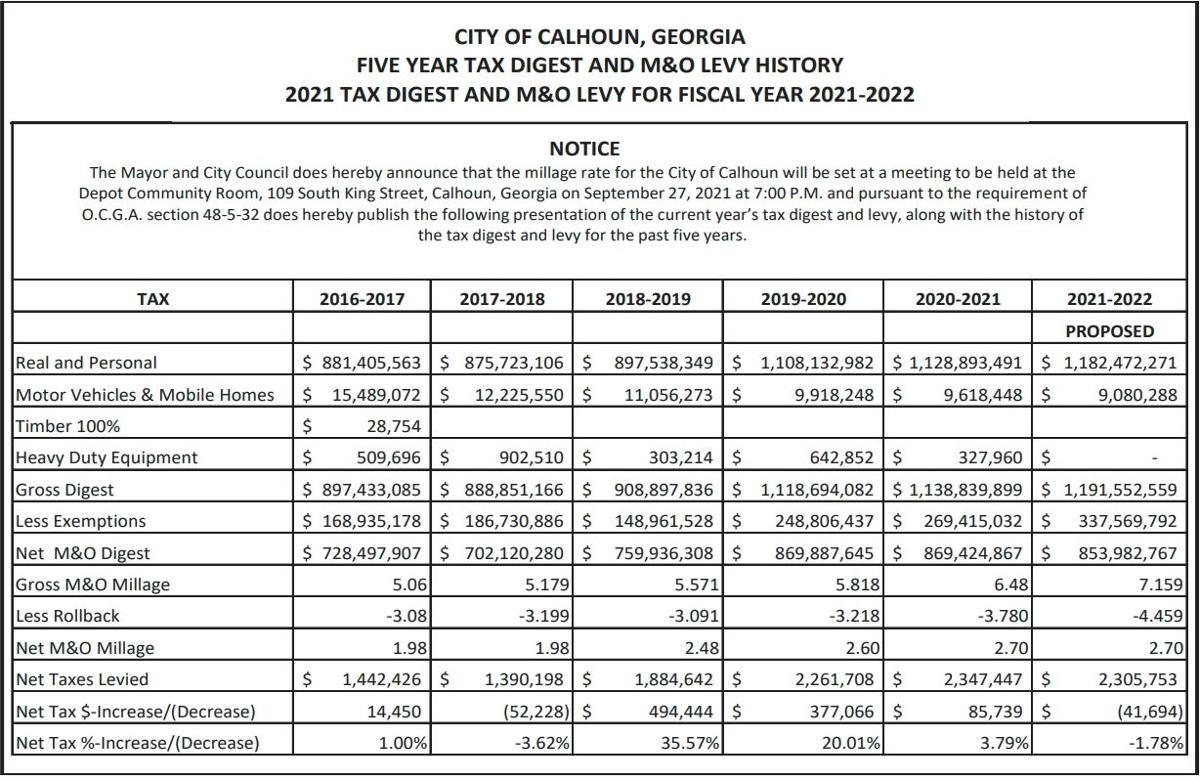 Sales tax revenue collections both locally and statewide are reporting strong totals as summer comes to a close.

Locally, all categories of sales tax collections were up last month over August of 2020’s returns.

All of those totals are also up slightly from June of this year, continuing the trend upward for local collections across the board.

Also on the local front, all property tax categories are expected to either be lower or stay the current rate once all public hearings are complete.

At Monday night’s Gordon County Board of Education meeting, members voted unanimously to adopt a new millage rate of 18.5 mills, rolled-back from the previous millage of 19.053 mills.

The same night, the Calhoun City Council had its first reading of the proposed 2021 millage rate, following a proposal for a rollback to 17.557 by the Calhoun City Schools Board of Education. The city’s proposed rate remains the same as in 2020 at 2.70 mills, with a public hearing ahead of final adoption to be held Sept. 27, at the Depot, 109 S. King St., with the meeting starting at 6 p.m.

Meanwhile, the Gordon County Board of Commissioners will hold a public hearing ahead of adopting its 2021 millage rate on Tuesday, Sept. 21, with the meeting beginning at 7 p.m. in the meeting room of the County Administration Building, 201 N. Wall St.

The proposed 2021 millage rate for the county is 9.515, which is the lowest rate in a decade due to an expected net revenue increase of over $750,000, even with a millage rate rollback.

Some county employees get schooled in emergency response training from FEMA

Robeson County early voting is off to a slow start

Maggie Underwood uses mural to challenge residents to 'Be the Difference'