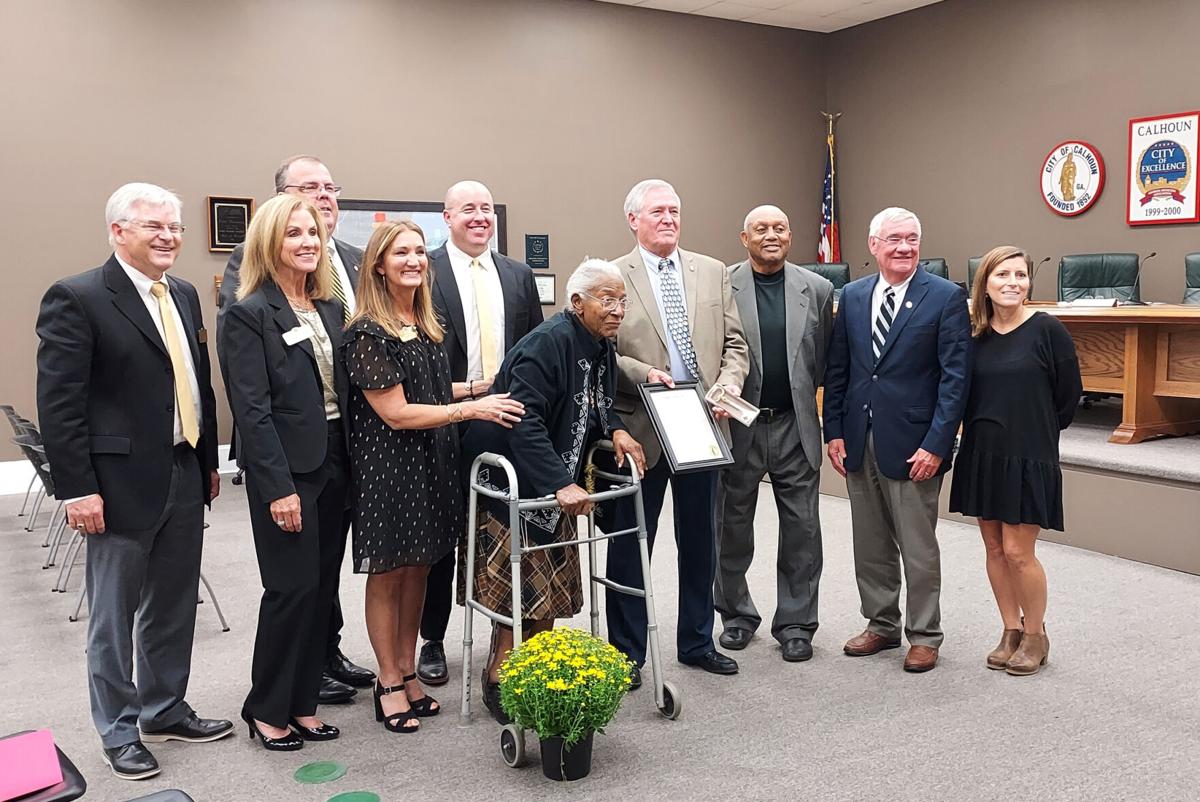 Long-time local educator Laura Pullum stands with members of Calhoun’s Board of Education and City Council as she receives a key to the city a day after her 90th birthday. 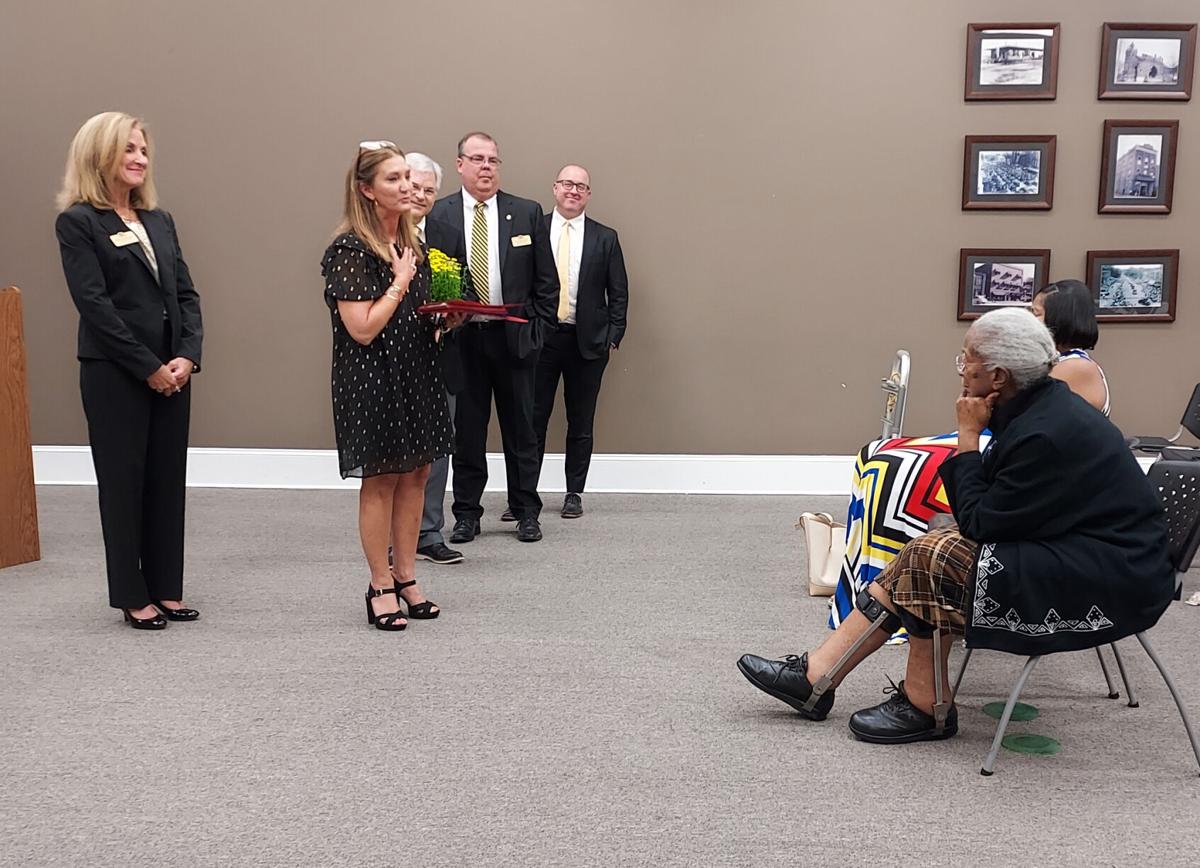 36-year local teaching veteran Laura Pullum (right) sits as she is honored by Calhoun City Schools Superintendent Michele Taylor, members of the school board and the city council.

Long-time local educator Laura Pullum stands with members of Calhoun’s Board of Education and City Council as she receives a key to the city a day after her 90th birthday.

36-year local teaching veteran Laura Pullum (right) sits as she is honored by Calhoun City Schools Superintendent Michele Taylor, members of the school board and the city council.

Members of Calhoun’s City Council and Board of Education came together Monday night at the Depot to honor a local legend.

Retired educator Laura Pullum, whose 36-year teaching career influenced countless young lives in the community, was given a key to the city as part of the council’s regularly scheduled meeting.

“I’ve fallen in love with a lot of children in this community,” Pullum said. “I can name some of them, but not all of them.”

Pullum was born in Calhoun on Sept. 26, 1931 and is a 1948 graduate of Stephens High School. She went on to graduate from the Tuskegee Institute before beginning her teaching career.

Members of both the school board and city council took time to tell the former Georgia Teacher of the Year how much she means to the community.

“Miss Pullum, you’ve meant so much to me,” said Councilman Ray Denmon, who said — besides being his second cousin and his former second grade teacher — he also considers Pullum a friend and mentor. “She’s always been there for me.”

Councilman George Crowley told Pullum his son Neal still considers her one of his favorite teachers, and remembers her as a valuable advisor while he himself was a member of the city school board years ago.

“Thank you for all that you’ve done,” Crowley said.

Councilwoman Jackie Palazzolo, an educator herself, also offered her praise to Pullum.

“As an educator, I just stand in awe of everything that you’ve done and everything you’ve done for this community,” she said. “Thank you very, very much.”

Mayor Jimmy Palmer praised Pullum for her influence in the lives of his own children.

“I had four children come through Calhoun City Schools that had Miss Pullum for an educator and every one of them spoke of her being their favorite teacher,” he said. “That’s always stood out to me.”

Calhoun Schools Superintendent Michele Taylor presented Pullum with a folder full of handmade cards from some of the system’s future educators before leading the meeting’s attendees in a rendition of “Happy Birthday.”

Fighting off tears, Pullum offered her thanks for Monday night’s recognition of her impact years of service in the classroom.

In other business, the council announced the previously tabled Payne Farm annexation and rezoning application had been withdrawn due to Federal Aviation Administration delays involved with the process.

Administrative updates to a city ordinance concerning alcoholic beverage license regulations were approved unanimously by the council, as well as updates to an ordinance to add a cremation only section, and to grant easement and burial rights at Fain Cemetery.

Another ordinance concerning local taxation was unanimously approved to be updated to in order to comply with State House Bill 317.

The council set the 2021 millage rates, with the city government’s rate remaining at 2.70, and the school board’s rate rolling back to 17.557.

As part of his administrator’s report, Paul Worley said the local Hotel/Motel Tax collected a record high $102,083 in June, and said the Calhoun Police Department has received a pair of Governor’s Office of Highway Safety grants in the amounts of $51,296 and $20,970.

Finally, following a brief executive session, the council approved the continued negotiation for a piece of property at 325 S. Wall St. that adjoins with the Calhoun Fire Department property to the north.

Note: Councilman Al Edwards was absent from Monday’s meeting while visiting family out of state.

'Everybody is coming out all at once.' Five Gardner area businesses on rebound after COVID

Average prices for gasoline increase in Houston and the nation

You vote: Who was the beast of the week in Week 7 of high school football?