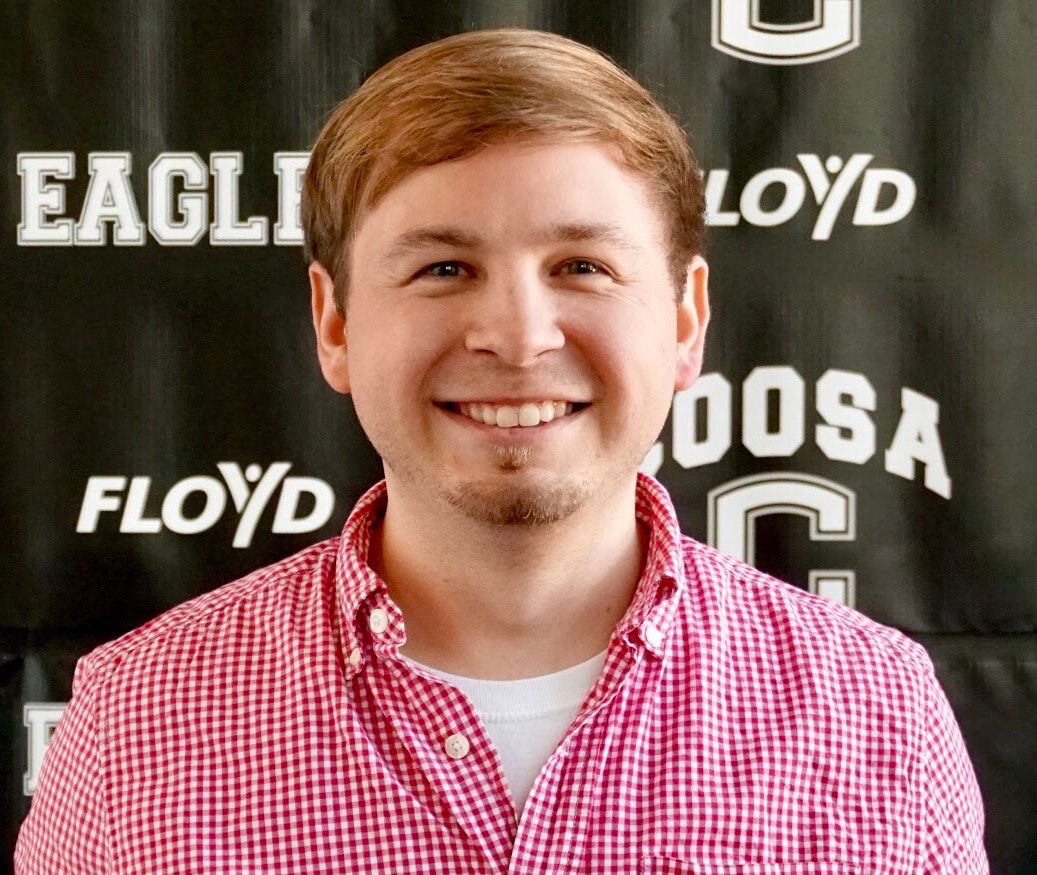 Nic Hann was named the head coach of Calhoun Volleyball on Jan. 27. 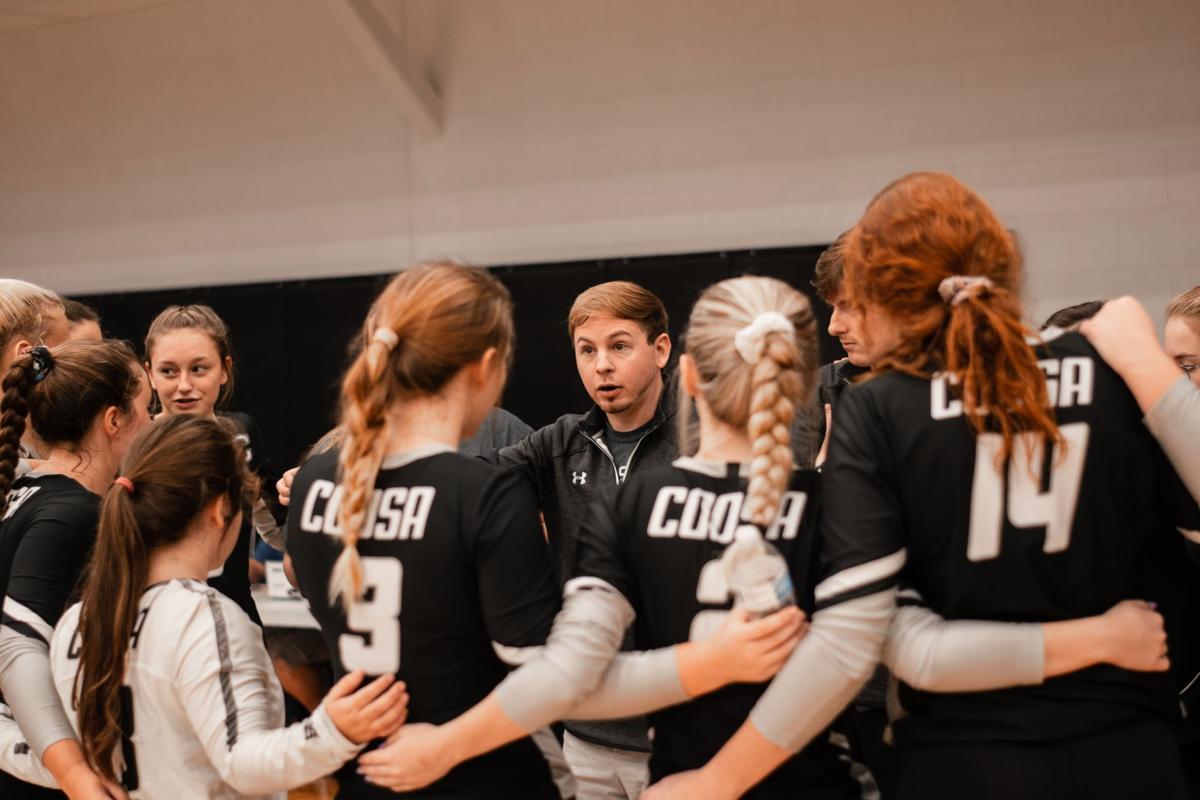 Coach Nic Hann speaks to the Coosa Lady Eagles during the 2019 season. Hann was named the next head coach of Calhoun Volleyball on Jan. 27. 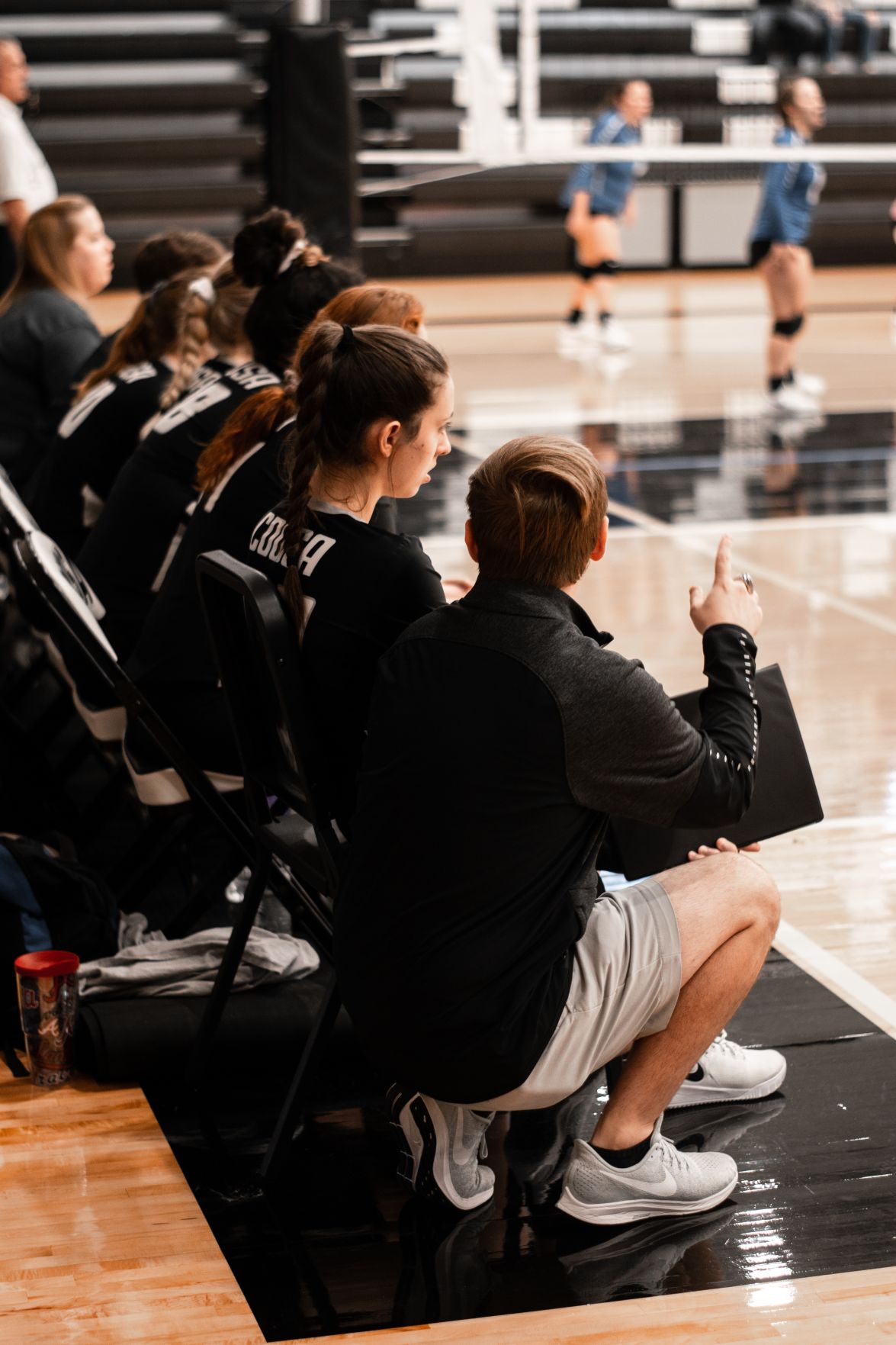 Nic Hann gestures to action on the court while coaching the Coosa Lady Eagles. Coosa has won back-to-back-to-back state titles.

Nic Hann was named the head coach of Calhoun Volleyball on Jan. 27.

Coach Nic Hann speaks to the Coosa Lady Eagles during the 2019 season. Hann was named the next head coach of Calhoun Volleyball on Jan. 27.

Nic Hann gestures to action on the court while coaching the Coosa Lady Eagles. Coosa has won back-to-back-to-back state titles.

Calhoun Volleyball is hoping to snap the local sports lull soon with a new coach leading the way. Calhoun High School has tapped Nic Hann to lead the transition, taking over for Randy Rice after 12 years of coaching Lady Jackets Volleyball.

Hann arrives in Calhoun after spending the previous nine years at Coosa High School, seven of those as head coach of the varsity program. During his tenure, he compiled a record of 272-81, guiding the team to four consecutive Class AA state final appearances. This past fall, the Lady Eagles achieved a three-peat in state championships.

“I had been at Coosa for nine years, so I just felt like it was time to move on, doing something different, challenge myself as a coach and as a teacher and I felt like Calhoun provided a really good opportunity for that,” Hann said.

Hann has the challenge to prepare a team for a move up from Class 3A to 5A. New region, new foes, but the same goal.

“I felt like that’s a new challenge,” Hann said in a phone interview. “Coosa gave me my first opportunity to coach and develop there and now Calhoun has given me the opportunity.”

Hann said he is looking forward to developing the players and noted the volleyball talent within Calhoun High School.

“The girls there are very skilled, they’re very athletic,” Hann said. “I’m really excited about just getting to work with that group of young ladies, but also just being able to put all that skill and talent together to develop a good team mindset and how to be successful as a team. The senior class is solid. There’s six of them and most of them will be three- and four-year starters this year.”

Last season, Calhoun went 45-5 during its final stint in AAA, journeying to the elite eight before falling to the Westminster Wildcats.

The Lady Jackets are scheduled to face Blessed Trinity in region competition on Sept. 15. Hann noted Blessed Trinity, like many 5A squads, will be solid at every position.

Hann said one of the greatest challenges in the present is developing trust between himself and the student-athletes. Due to the coronavirus pandemic, Hann has not had any recent opportunity to meet with the team in person and noted tryouts for the team were originally scheduled for last week.

“Getting to know them will be a big challenge in a shortened amount of time before we actually start playing,” Hann said. “Developing that team chemistry is going to be huge to whether or not we are successful. Another challenge I see is going into this first year is learning the environment, learning the culture.”

Hann said his coaching philosophy is team first and day one of practice is going to move fast.

“Practices will be high tempo, high energy,” Hann said. “They’ll be for lack of a better word brutal in terms of we’ll do a lot of conditioning within the drills we do because ... it will be fast paced. (That’s) something I’ve been sharing with the girls as I’ve met with them virtually having some team meetings is I need you prepared to go fast. We’re going to hit the ground running.”

Hann noted the enormity of the task at hand, but said he is thrilled to how the seniors have already bought in with three months to go before the beginning of the 2020 campaign.

“The girls are excited about it,” Hann said. “I’ve had a meeting with just the seniors. We’ve talked through the schedule and what the expectations are going to be and all and they’re really excited about playing at this level and this competition. The fact that ... they’re ready to step up and play at this is really exciting for me as a coach.”

Hann said the team is hungry and desires to make a run past the elite eight in Class 5A. Hann added since virtual team workouts began last week, he has been encouraged by how the seniors have stepped up and reached out to get the underclassmen involved.

“I’m really pumped about having that kind of senior leadership,” Hann said. “As a new coach, you wonder what am I coming into? Am I going to have any leaders? In this short amount of time already, just the way these girls are stepping up and taking charge and wanting to lead this program the right way is very exciting to me.”

Hann said a successful 2020 season will hinge on the athletes giving it their best not only on the court, but in the classroom and the community as well.

“I want their best at all times,” Hann said. “In terms of success of winning and losing and all those things everybody will be looking at, those things will take care of themselves if we’re giving our best in all those other aspects.”