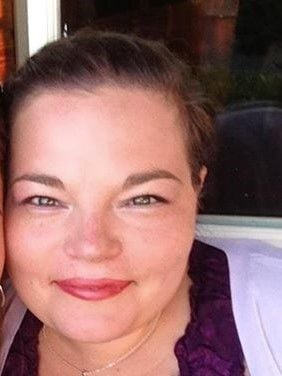 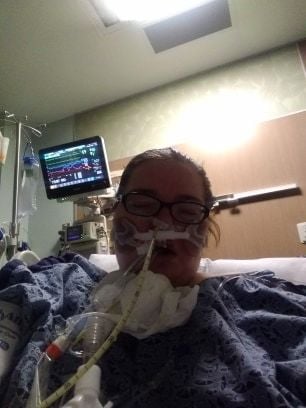 Gloria Springfield was intubated while being treated for COVID-19.

Gloria Springfield was intubated while being treated for COVID-19.

Gloria Springfield was in the intensive care unit at AdventHealth Gordon undergoing treatment for COVID-19 when doctors told her she was about to go into acute respiratory distress syndrome, a life-threatening lung injury that allows fluid to leak into the lungs, making breathing even more difficult and preventing the body from getting the oxygen it needs.

It was a dire moment for the 41-year-old widow and mother of two teenage children.

“I was told that the anesthesiologist was on his way to put me to sleep and that I was going to be intubated. I was given a few moments to call my family to tell them what was happening and to basically tell them goodbye,” Springfield said. “I have never been so scared in my life and remember breaking down in the hospital room trying to tell my kids who I haven’t seen in days by now that I love them and no matter what I was proud of them and trying to stay strong for them.”

The next few days were a blur for Springfield. She remembers waking up sick at times, feeling like hot lava was being pouring down her throat. She missed her birthday while in the hospital, and aside from talking with her kids on the phone, the only contact she had with the world was via the medical staff at the hospital.

“Everything hurt. I couldn’t talk. The only way I could talk to my nurses was via a notepad to tell them I was either in pain or getting sick,” said Springfield. “There would be periods that I felt like I was choking, and they would have to help suction off some of the mucus and what not to help with breathing.”

In all, Springfield spent about two and a half weeks in the hospital, having only returned home over the weekend. She still remains in isolation, though, and hasn’t been able to see her children or work to provide for her family.

Springfield’s battle with the deadly illness that has dramatically impacted the world began during the first few days in March. She suffers from severe seasonal allergies, and around March 4 she began feeling short of breath. A few days later to sought treatment at the emergency room after developing a fever.

On Saturday, March 7, Springfield’s chest was x-rayed and she was told she had a mild case of pneumonia. She was given a prescription and told to follow up with her primary care provider. She visited her PCP the following Monday and was advised to return to the ER if she began to feel worse.

“By Wednesday, March 11, I felt like five trucks had ran me over,” she said. “It hurt to breathe, I felt hot and cold, so I went back to the ER where they decided that they would admit me and finally test me for the COVID-19 virus as well as flu. I started out in a regular room and was quickly moved to ICU so they could monitor me better.”

It was only a short time later when she instructed to call her family before being intubated, but she wouldn’t be well enough to return home until March 28. The test results confirming she had contracted the coronavirus came back about the same time the breathing tube was removed.

After the confirmed test, Springfield was kept in isolation. The only people she saw during that time were medical personnel wearing head-to-toe personal protective equipment who entered her room to check her vitals, take blood and conduct daily health inspections.

Despite the hellish month Springfield endured, she has load of praise for the staff at AdventHealth Gordon.

“I would like to say that Gordon ICU has some of the very best nurses on staff. Tera, Savanna, Kerry, Kody, Dakota and Kristin were some of the best people. They took great care of me and were pretty much the ones that kept my family in the loop as to what was going on,” she said.

Springfield said she doesn’t know where she may have come into contact with the virus. She hadn’t traveled anywhere, and aside from routine trips into town the only place she’d been recently was to a funeral at Thomas Funeral Home in the first few days of March. She chalks up her experience to her compromised immune system that is a side effect of her breathing complications, saying she was an easy target.

Springfield said that she’s tired but glad to be home now, but she’s eager to be able to see her kids. She’s also frustrated because she was bedridden for so long that she’s having to regain strength in her legs, saying that minimal tasks like walking to the kitchen for a glass of water are challenging.

“It feels like a bad dream. I keep imagining I will wake up and just read one too many stories before bed and everything will be OK,” said Springfield. “I am having to learn how to monitor my 02 levels and use oxygen where I never really had to do this before.”

The experience has also been mentally and emotionally taxing. This illness has resulted in the longest time period she’s ever been away from her children, and she has the additionally worry about their health as well. Additionally, as a single mother, she has always worked extra hours or multiple jobs to provide for her family, and she’s been out of work for nearly a month now.

“I am also very emotional going back reading post and texts people sent of encouragement and just a strong sense of community wanting to help any way they can,” Springfield said.

She also shared a message for those in the community who maybe aren’t taking the pandemic as seriously as they should.

“This virus isn’t a joke,” she Springfield said. “I would tell the people that are upset about social distancing and not being able to do certain things to please just stick with it. There are so many people in our community that could suffer from this and if there is a way we can help stop it, I believe it is our responsibility to do so.”

Two women run down outside of Johns Creek bar

Black people in Portland struggle to be heard amid protests

For pandemic jobless, the only real certainty is uncertainty