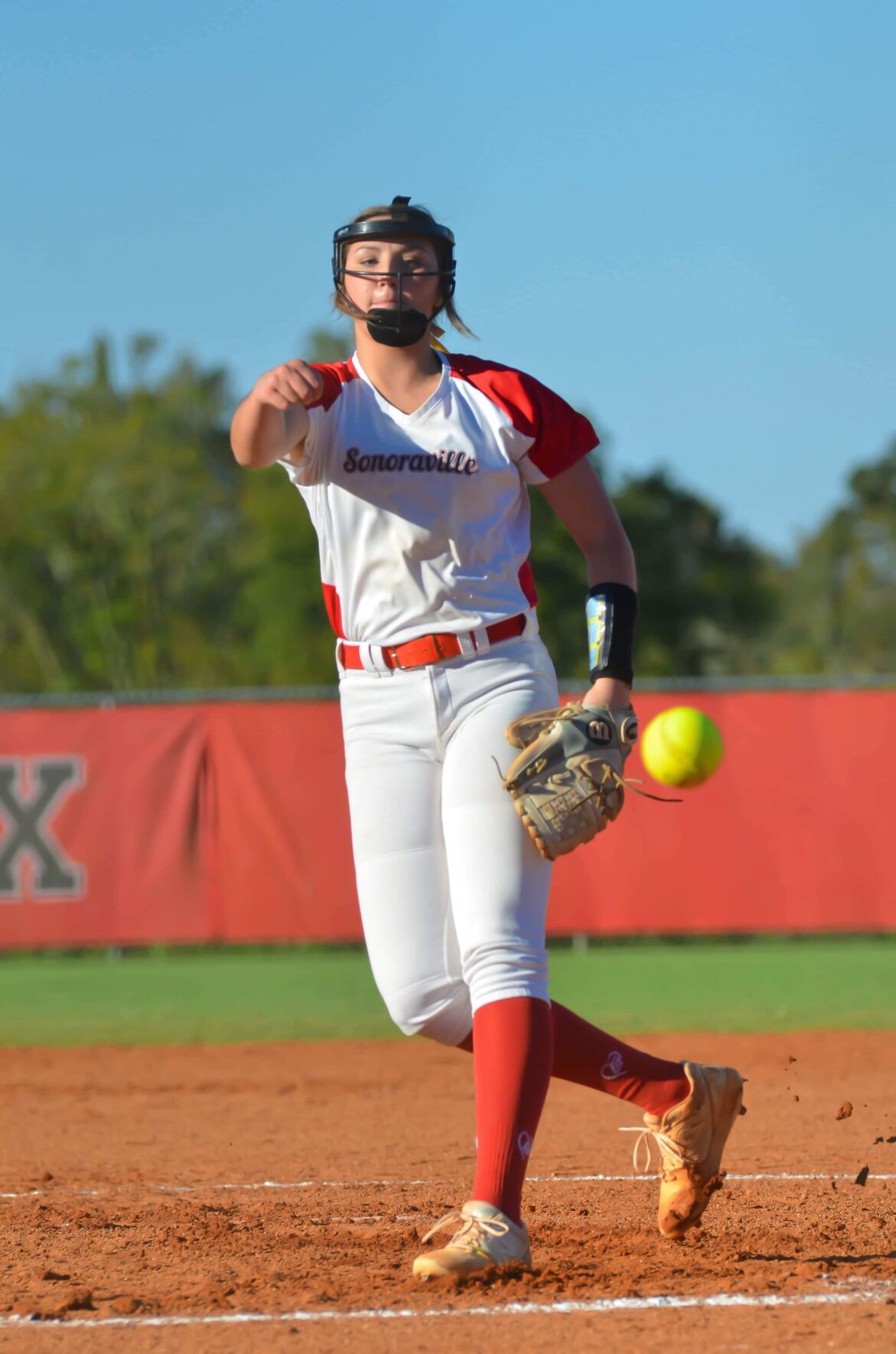 Sonoraville pitcher Taylor Long delivers the ball during a game this week. 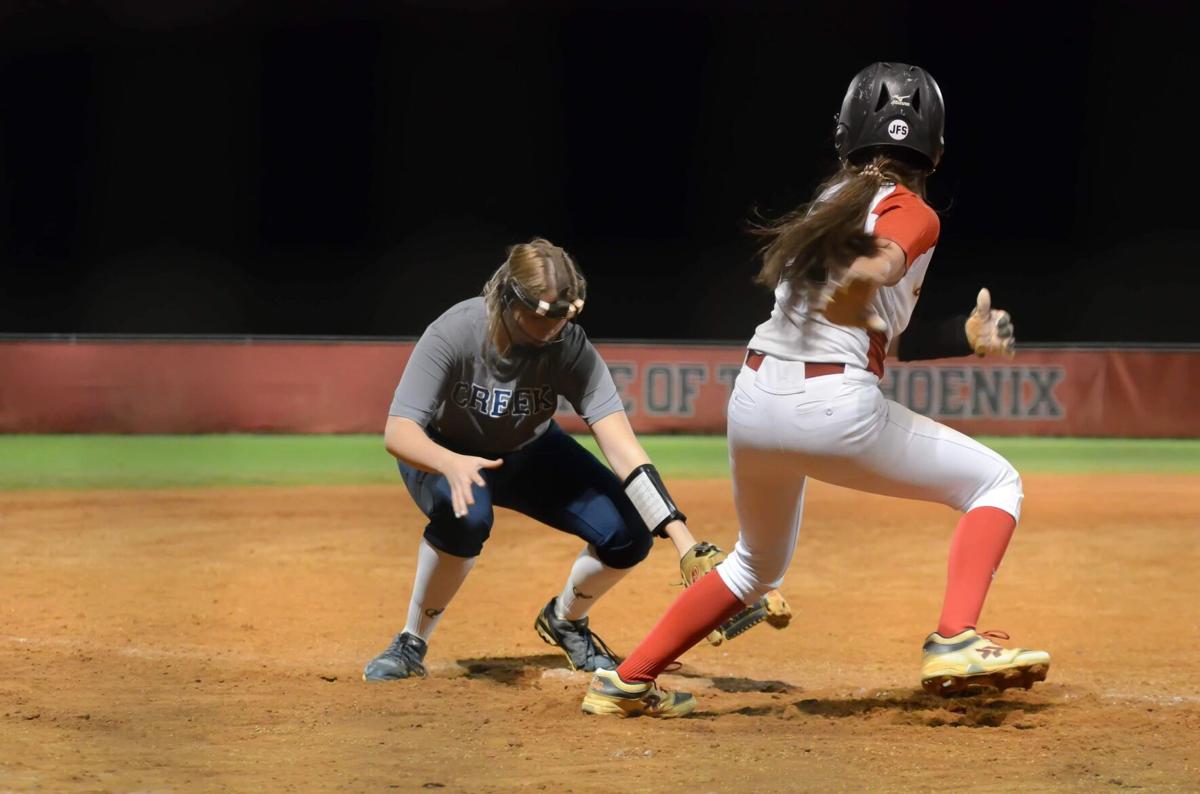 A Sonoraville player looks to advance on a throw to third.

Sonoraville pitcher Taylor Long delivers the ball during a game this week.

A Sonoraville player looks to advance on a throw to third.

In that final game, the Lady Phoenix started on the front foot, as they kicked off the scoring with two runs in the third inning. Kelly Green’s sacrifice fly sent in Emma Springfield, and Olivia Hopper’s single scored Molly Speach.

However, Coahulla Creek came back and scored a run in the fifth, two in the sixth and one in the seventh inning to win 4-2. Natasha Hufstetler talked about the disappointing finish.

“We came out, and we were really upbeat in the dugout,” Hufstetler said. “We were hitting the ball. I thought we hit pretty well overall last night, and Taylor was pitching really well. I think we took our foot off the gas and let up a little bit and gave them the opportunity that they needed to kind of chip away and eventually take the lead.”

Taylor Long had a solid game on the mound, as she threw eight strikeouts in seven innings and gave up four runs on seven hits. Long also went 2-4 batting. Kelly Green went 1-3 with an RBI double.

The first game was all Coahulla Creek (22-5, 13-4), as the visitors earned a 5-0 victory. Coahulla Creek pitcher Sophia Voyles was the standout performer in the game, as she pitched a no-hitter and threw 10 strikeouts in the shutout. Hufstetler shared her thoughts on the first game.

“I thought we warmed up well, but we came out and we were just flat,” she said. “We kind of dug ourselves a hole then decided to have some better at-bats and get back in the game, but it was just too little too late there at the end. I’m really proud of how they bounced back in game No. 2.”

As for the second game, the Lady Phoenix (14-8, 13-4) won a close thriller 3-2. The biggest moment of the game came in the sixth inning, as Springfield hit a double that scored Ava Lambert and Speach to put Sonoraville in the lead for the first time in the game. Hufstetler talked about how she felt in that moment.

“It was huge,” Hufstetler said. “We had a couple of freshmen really step up. Emma has been kind of down on herself a little bit, so that was huge for her to get that game-winning hit and just to give her some confidence going into the playoffs.”

Springfield finished 1-3 with a double and two RBIs. Speach scored two runs on 1-3 batting. Despite their success, it was a pitcher’s duel for most of the game. After throwing 10 strikeouts but giving up five runs in the first game, Sonoraville’s Long followed that up by throwing 10 strikeouts and only gave up one run on five hits in the second game.

Voyles had another good game, as she threw seven strikeouts and only gave up one run before the big sixth inning for Sonoraville. The game playing out the way it did was not a surprise to Hufstetler.

“It’s been this way every time we’ve played them this year,” Hufstetler said. “This is our fourth outing with them, and it’s been a pitcher’s duel pretty much every game. I wasn’t really surprised both sides were kept in check that second game.”

At the end of the day, Hufstetler is determined to put the series loss behind them and improve on some things in practice before the postseason.

The Region 6-AAA runner-up and No. 2 seed Lady Phoenix will still have the fortune of hosting the first-round state playoff series on Tuesday and Wednesday if needed. The opponent and game times are to be announced.

Short on time, Trump poised to attack in final debate