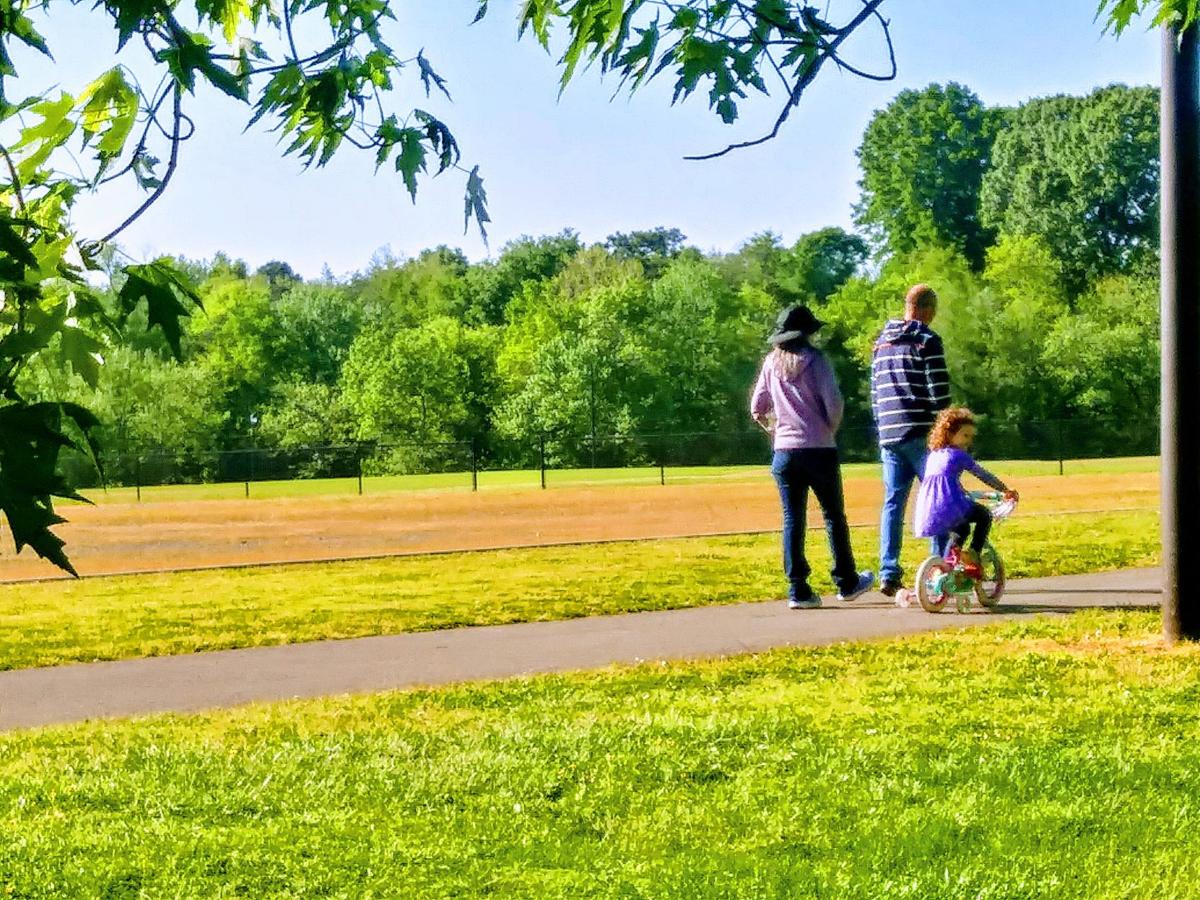 The Murphy family walk and bike in abundant space on the trail at the Calhoun City Recreation Center. 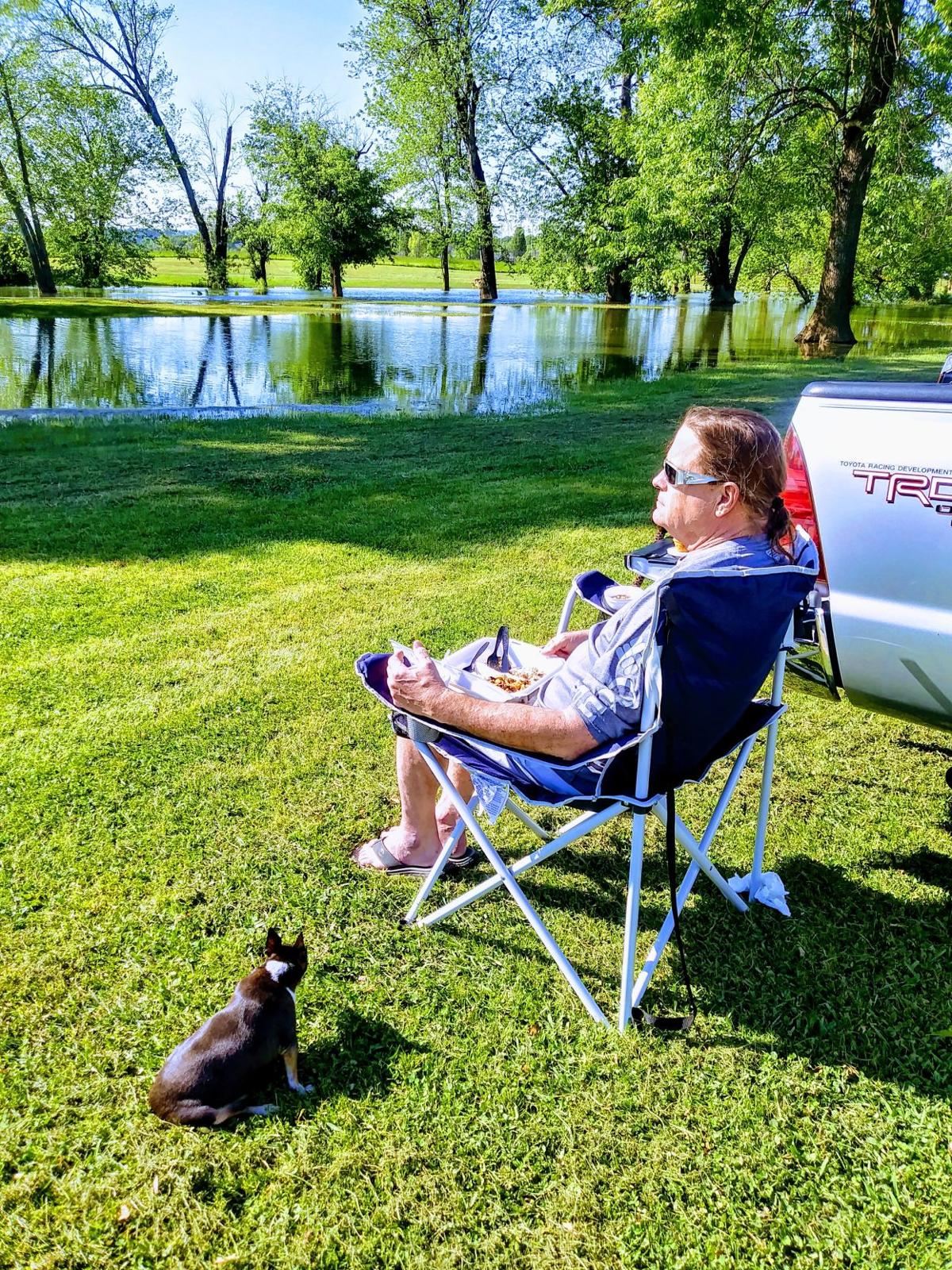 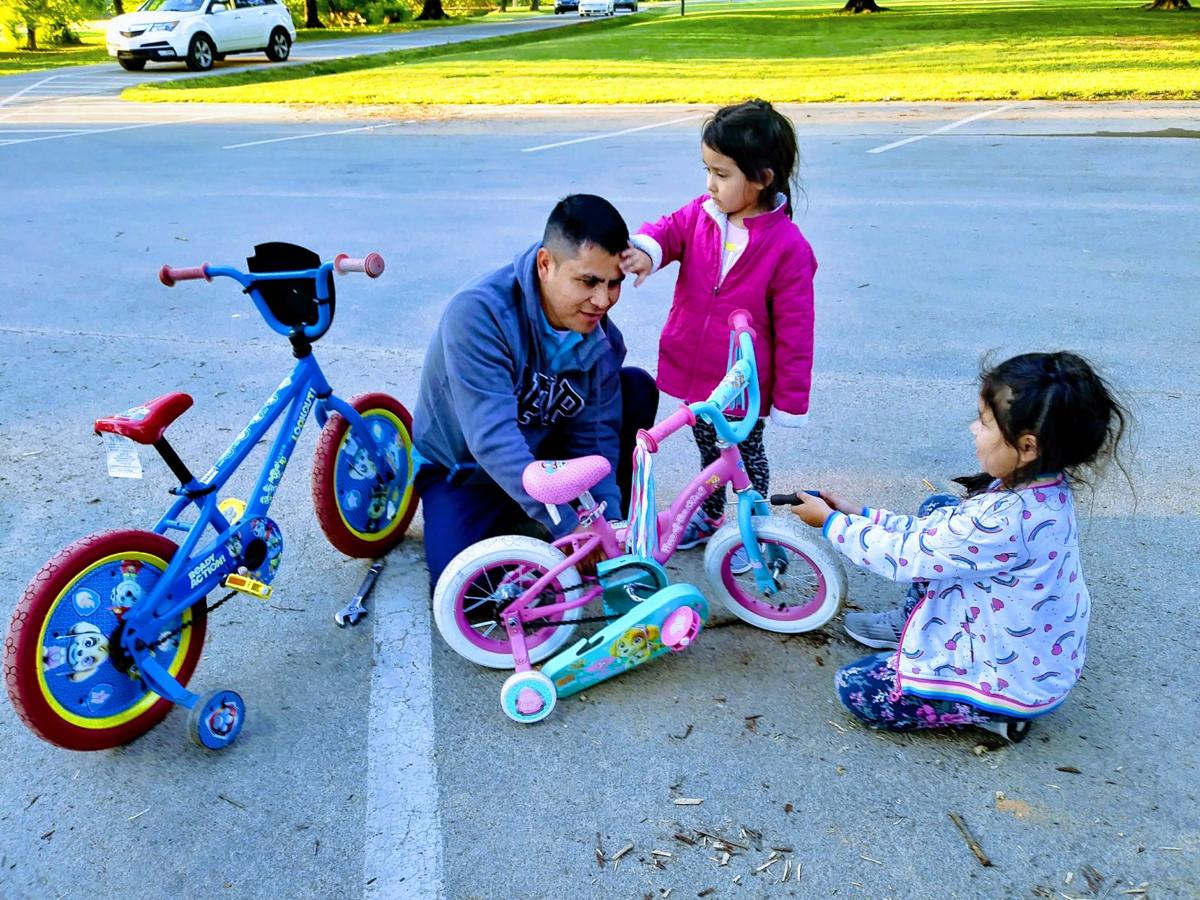 Argenes Argueta gets bikes ready for his daughters Andrea and Anayeli to ride at Palmer Memorial Park.

The Murphy family walk and bike in abundant space on the trail at the Calhoun City Recreation Center.

Argenes Argueta gets bikes ready for his daughters Andrea and Anayeli to ride at Palmer Memorial Park.

Though COVID-19 has put a pause on many activities, including spring sports, Calhoun Recreation Department Director Kim Townsend said families have been enjoying the city’s walking trails even more than normal in the last few weeks.

“You can go out at any given time during the day, especially days like today or yesterday when the weather is good, and see people walking or riding bikes or fishing in the creek or taking their dogs around,” she said on Tuesday. “It seems to be something people are enjoying right now, and we’re glad to see that.”

Visitors on the trails are still required to stay six feet apart from one another for their own safety. The same is true for other passive areas of the park, like at the creek or down on the ball fields. So far, that hasn’t been a problem.

“There can’t be any ball teams out on the fields right now, but we have had a few parents come with their kids to hit some or throw and we are allowing that as long as it’s a small group,” she said. “Same thing goes for the tennis courts. They’re open, but you do have to adhere to social distancing. We haven’t had any trouble with that.”

Townsend said the bathrooms are open at the fields for public use, though the recreation center itself is closed. The swimming pool, which she said she has been getting calls about in the last week or so, cannot open until May 13 at the earliest.

“It will probably be a little later than that. We can’t open it to the public until we do our health department inspection and with everything going on we haven’t gotten a letter yet to set that up,” Townsend said. “We’re going to see what happens, but we are trying to keep everything similar to what other recreation departments in our region are doing.”

In fact, recreation departments from across the state have been holding weekly meetings online to make sure they are all tackling the pandemic with the right amount of caution and care. They are also planning for what reintroducing sports at the park might look like in the coming weeks, should they be able to do so before the virus has been fully contained.

Right now, their plan is to follow as closely to Gov. Brian Kemp’s advice and the “Opening Up America Again” plan as possible. There are three phases to that plan and Townsend said she thinks the last phase will be the safest time for the department to reopen in full.

“I feel like it will be phase three,” she said. “We have a virtual meeting this Thursday with other athletic directors in our region to talk about that so we can get on the same page. We don’t want to all start opening at different times and drive families all to one park or another, where they’ll be in close contact.”

Looking ahead, Townsend said she hopes to be able to offer some sort of activity for youth sports participants over the summer though she isn’t sure yet what form that might take. Fall sports are expected to run as normal with registration starting in July and a kick off set for sometime in mid-August.

“If it looks like we need more time when we get there, we have time in that fall schedule to push back a little because we usually wrap up in the middle of November,” she said. “We certainly don’t want to lose our fall season, so we’ll adjust and do what we have to do.”

Wall Street keeps rallying; S&P 500 back within 2% of record

Trump says he may accept the nomination from the White House; RNC will be open to press